Jason Priestley appeared on Australia's Network 10 and talked about Shannen Doherty's health. "Last time I heard from her, she was in pretty good spirits." 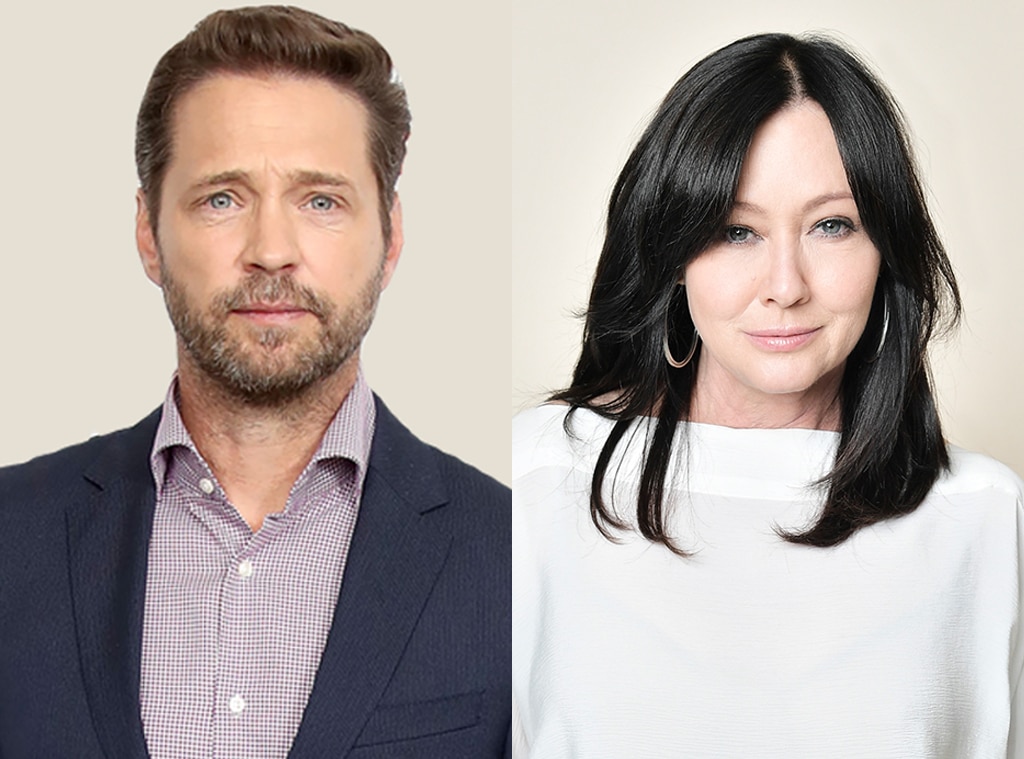 The 51-year-old actor shared how his Beverly Hills, 90210 co-star is doing during the Sept. 22 episode of Australia's Network 10.

"I reach out to Shannen every few months, just to check in on her and say hi," Priestley said. "Shannen's a real tough girl, and Shannen's a fighter and she's always been a fighter. And I know that she will continue to fight as hard as she can. Last time I heard from her, she was in pretty good spirits."

Back in February, Doherty revealed her battle with stage four cancer. At the time, the 49-year-old actress shared in an interview with ABC News that she'd been privately fighting it for a year.

"I don't think that I've processed it," Doherty told Amy Robach. "It's a bitter pill to swallow in a lot of ways. I've definitely had days where I say, 'Why me?' And then I go, 'Well why not me? Who else, you know? Who else besides me deserves this?' None of us do. I would say that my first reaction is always concern about how am I going to tell my mom, my husband [Kurt Iswarienko]."

Doherty also spoke about how she didn't tell many of her co-stars about her health upon her return to work for the reboot BH90210 and how it was difficult to head back to set following the 2019 death of Luke Perry.

"It was so weird for me to be diagnosed and then somebody who was, you know, seemingly healthy to go first," she told Robach. "It was really, like, shocking and the least I could do to honor him was do that show. Like, I still haven't done enough in my opinion. So, it's a hard one because I thought, when I finally do come out, I will have worked and worked 16 hours a day and people can look at that and say, 'Oh my God. Yeah, she can work and other people with stage four can work, too.' Our life doesn't end the minute we get that diagnosis. We still have some living to do."

She did, however, tell Brian Austin Green.

"I had moments of great anxiety where I thought, 'I can't really do this.' And Brian was the one person who, of that group of people, that knew, that I told, like, pretty quickly," she recalled. "So, prior to shooting, he would always call me and say, 'Listen, you know whatever happens, like, I have your back.' And we were able to talk about Luke in a way that was very positive and uplifting and sort of remember a lot of great moments."

In 2015, Doherty first shared her breast cancer diagnosis, but then announced in 2017 that she'd gone into remission. It wasn't until her ABC News interview almost three years later that she confirmed her "cancer came back."