Social media users have shared the cringe-worthy phrases that they can’t bear to hear.

Dozens of people around the world shared their biggest bug bears after British author Jane Fallon revealed hers is an adult woman saying ‘big girl pants’.

The 59-year-old bestselling author, who lives between London and New York with her long-term partner Ricky Gervais, 58, sparked the discussion with her 82,000 followers on Twitter. 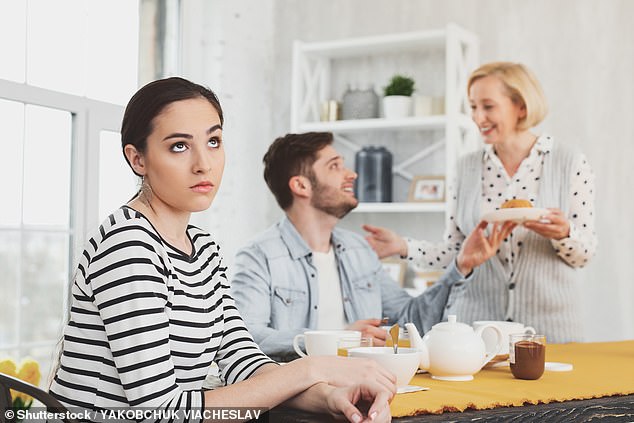 Social media users have shared the cringe-worthy phrases that they can’t bear to hear.

British author Jane Fallon sparked a lengthy discussion about the most irritating phrases that are used across the UK. In a tweet that has sine gone viral Jane, revealed that she dislikes the phrase ‘big girl pants’ and said ‘big girl panties’ is even worse

The viral post racked up almost 2,000 comments, as many confessed they hate common sayings that their friends and colleagues use.

Complaining about their workplace, one wrote: ‘General office jargon. Blue sky thinking, working the project from the top down, moving forward, reaching out, touch base, closing the loop, out of the loop, you’re my second in command, brain dump, forward planning, game changer, lots of moving, parts, take this offline guys’.

Another said: ‘Old boss used to say ‘let’s get into the knickers of this’ when he wanted to get to the bottom of a problem’.

A third added: ‘I worked with a guy before who used to use the word ‘moist’ to say something was cool. The word made me cringe before, but that made it even worse’

A stream of responses to Jane’s post came from those who dislike colloquial terms used in their workplace, including ‘touch base’ and ‘let’s get into the knickers of this’

Venting about phrases used in relationships, one wrote: ”We’re pregnant’. No you’re not. You, the female, are pregnant. He most definitely is not.’

”Date night’. Why? You’re just going with your partner. It’s either a date or a night out, it doesn’t need both word!,’ another said.

A third added:’ Love you to the moon and back.’ So annoying and what does that even mean’.

Many people complained frustration about the sayings commonly used in relationships, such as ‘we’re pregnant’ and ‘my man’

Others confessed they dislike common terms used to describe food, including ‘cheeky nandos’ and ‘nom nom’.

Complaining about sayings used to soften insults, one wrote: ”With all due respect’ means I am still going to say something which A. Insults you B. I don’t care but gonna say it anyways’.

A third said: ”At the end of the day’ I detest this and now that I’ve said it you will no longer be able to unhear how often that phrase it uttered’