She grew up loving everything about the festive season. No wonder JANE CHRISTMAS didn’t give up her married name — even when she divorced!

Of all the things that a woman is determined to hold onto at the end of a marriage, you wouldn’t think a soon-to-be ex-partner’s surname would be high on the list.

It was different for me though, because the name I received at the altar was Christmas.

Some names acquired in marriage don’t roll easily off the tongue — or the heart — but the name Christmas was like a gift. As a youngster I had been Christmas-mad. Not just Christmas-morning crazy, but the entire onslaught: lights, carols, snooping for gifts, Bible stories, the tinkle of bells, the shimmer of snow, the comforting silence of faith. I loved it all. 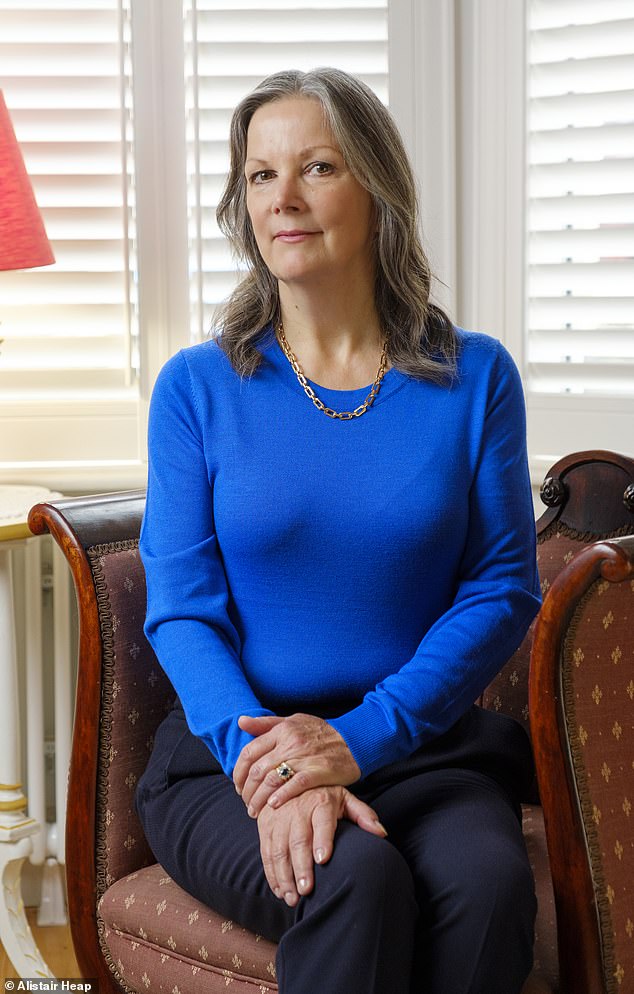 Jane Christmas (pictured), who grew up loving everything about the festive season, said she never wanted to give up her married name despite getting divorced

As an adult, my ardour for the season did not change. I was always the first to put up my Christmas tree and decorate the house; the first to begin Christmas shopping and baking. People laughed and rolled their eyes.

But I felt no shame about my passion. The season energised me. And when, aged 35, the day arrived that I married someone with the surname of Christmas? Well, who was laughing then? My friends were red and green with envy.

Surprisingly, the only person not so thrilled with the name or the season was Mr Christmas himself. One year, flummoxed by the approaching tsunami of wrapping paper and tinsel, he snapped, ‘Do we have to celebrate this goddamn thing every year?’.

To be fair, he had weathered a fair bit of ribbing when he was younger — plus, his mother’s name was Mary. Try being a kid with a mother named Mary Christmas. She, of course, was lovely and took it in good cheer. But the constant jokes had become a burden for him.

Sadly, the marriage did not stick, yet the name did — and I was not giving it up. Since I became Mrs Christmas, every person I’ve encountered has practically clapped their hands in delight when they hear my name.

This ensures great service, too. Rather like the Cheers bar, everyone knows my name. No tradesman, maitre d’ or salesperson forgets it. All I have to do is say it and people smile, doors open.

Following my divorce, my writing career took off, and I’m under no illusion that my catchy name gave me a leg up.

Understandably, Mr Christmas would have preferred if I had relinquished the name once the divorce papers were signed after five years of marriage — I write about my life, and exes tend to wander onto the page — but I was having none of it. 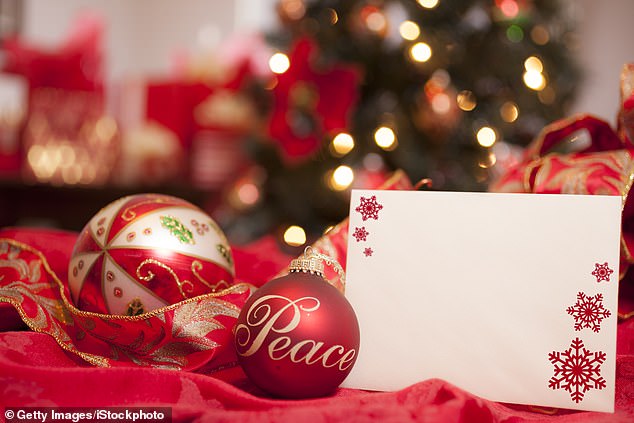 However, it’s not all fairy lights and sparkle. Being a Christmas at Christmas carries not just a bit of baggage, but a veritable Santa sack of expectations.

People assume you to be preternaturally jolly, someone, whose children behave like adorable elves, and whose home resembles Santa’s workshop. That is not me.

So the name requires a slight personality tweak. It would be a discredit to the season and to you-know-who’s birthday if I appeared the least bit grumpy. People would say: ‘How come such a nice name is wasted on such a Grinch?’ An extra layer of spiritual pressure is added by having the initials J.C.

I also see red when people shorthand my name as ‘Xmas’.

There’s also the teasing. If I have a bad day I have to resist the urge to slug anyone who remarks on my mood with: ‘Aw, do we have a blue Christmas in our midst?’ And when I re-entered the dating scene, one fellow felt he was awfully clever when he leered: ‘I’ll bet you come more than once a year.’

Then there was the time a police officer pulled over my car and, upon reading my licence smirked, ‘Having any Christmas cheer tonight?’ With a smile as bright as new fallen snow, I replied, ‘Not unless you’re buying.’

See what I mean? The expectation that you’ll be endlessly perky can leave you grinding your teeth. (It’s not all bad though — someone once remarked of my children: ‘May all your Christmases be bright.’ That was cute.)

The advent of contactless payment has spared me in-store grief. Back in the day, it was not uncommon for a shop assistant to pluck my credit card off the counter, notice the name on it and shout to a colleague, ‘Hey, you’ll never guess what my customer’s name is!’ Shoppers stopped in their tracks, and stared at me quizzically.

On another occasion, my credit card and the one belonging to the woman standing beside me were placed on the shop counter. Both had the name Jane Christmas on them. How often does that happen? Excitedly, I turned to the woman next to me and said: ‘My name’s Jane Christmas, too!’ She looked insulted and huffed off.

Meanwhile, those serving me would launch into a breathless babble: ‘You are so lucky to have that name! I can hardly wait to put up my decorations. When I do, well, my husband has to clear out because I get really into it. I bet you have a fabulous time!’

This unexpected candour was humbling, a glimpse into the human side of everyone from shop assistants and mortgage brokers to business executives.

When they stepped out of their workplace personas and spoke about the season, their eyes shimmered and their faces flushed as they explained what it meant to them, where they were going to spend it, their family traditions.

Occasionally, those chats indicated that the next Christmas would be the first spent without a partner or a parent. But based on anecdotal evidence, I can report that just about everyone loves the season. It defies nationality, age, culture, and gender. People look forward to it long after experience has taught them that Christmas can be an emotional minefield.

Melancholy surges in with the first tray of mince pies or the sound of a carol on the radio.

You revisit memories you wish you could rewrite, or share with a loved one no longer with you; someone to whom you could say: ‘Despite it all, I loved you and I miss you so very much.’ The name Christmas does not confer special immunity from any of this.

Several years ago, I remarried and took my husband’s name, Braithwaite. Initially it was a bit of a relief to have a surname that didn’t trigger a big conversation or a double-take. But it was also odd, as if I had lost my superpower. It has strengthened my resolve to never fully jettison my old name.

I continue to be Mrs Christmas professionally — and occasionally, when salespeople refuse to make eye contact I consider giving my other name, just to provoke a reaction. It’s kind of nice knowing that a bit of Christmas is always with me. And that gives me great comfort and joy.

Jane is the author of Open House: A Life In Thirty-Two Moves (HarperCollins, £9.99).