STEPHEN GLOVER: It’s time for the ‘hard rain’ to pour down on the Covid quango – Public Health England

Who is to blame for Britain’s appalling Covid-19 death rate – the second highest in Europe, exceeded only by Belgium?

Many, especially on the Left, point to Boris Johnson’s alleged failures. One is that he missed five consecutive Cobra meetings in late January and early February, when plans for combatting the pandemic were discussed. A second common complaint concerns his slowness in imposing lockdown.

Others prefer to concentrate their fire on Health Secretary Matt Hancock. They say he must take responsibility for the testing fiasco, and the way in which Covid-19 has been allowed to run riot in care homes.

Neither man can be absolved. But those often politically motivated critics who look only for villains in the Government risk letting off possibly the main culprit. I’m speaking of Public Health England (PHE). 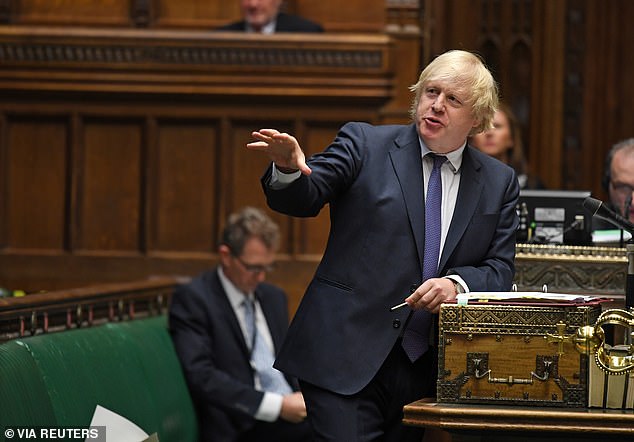 Yesterday during Prime Minister’s Questions (pictured), Boris Johnson was harried by Sir Keir Starmer and he declared the Government – he meant PHE – had ‘acted decisively’

Until March, most of us were only dimly aware of this quango, which employs 5,500 people and keeps an eye on people’s health in England. Set up in 2013, it was the misconceived offspring of the Coalition Government’s bewildering health reforms. It is a kind of wing of the Department of Health and Social Care.

Those interested in this obscure but powerful organisation should visit its website, which is full of fascinating data (one of the few things PHE pulls off very well). A key part of its mission statement is its boast that it enjoys ‘operational autonomy’.

That means that, in its day-to-day running, the quango is free from ministerial diktat. Although he is Secretary of State, Mr Hancock is not supposed to pick up the phone and tell the panjandrums of PHE what to do. They are largely a law unto themselves.

In normal times, this might not matter very much. During this crisis, it has been crucial. Whenever PHE makes a mistake – and it has made a catalogue of them over the past few months – Mr Hancock finds himself carrying the can, even though the error probably wasn’t his.

Take the most recent example of the organisation’s incompetence. Sir Peter Soulsby, mayor of newly locked-down Leicester, has criticised PHE for being slow to share testing data with the city’s officials, who he says have been trying to obtain figures ‘for weeks’. The British Medical Association makes the same point.

Why have PHE officials sat on their backsides although a speedy intervention was vital? Because it is a presumptuous, centralising body which thinks it knows better than people on the ground.

Yesterday, during Prime Minister’s Questions, Boris Johnson found himself involved in the can-carrying exercise normally undertaken by Mr Hancock. Harried by Sir Keir Starmer, he declared the Government – he meant PHE – had ‘acted decisively’. I think not.

In fact, the PM is well aware of the quango’s deficiencies. In his speech on Tuesday, he grumbled about PHE, though without naming it. He spoke of ‘the parts of government that seemed to respond so sluggishly that sometimes it seemed like that recurring bad dream when you are telling your feet to run and your feet won’t move’.

The organisation’s foot-dragging in Leicester has in truth been relatively minor in comparison with its most spectacular errors. Some of these were so egregious that it is an outrage that no one has so far been sacked.

Probably its worst blunder concerned care homes. On February 25, PHE published advice which stated that it was ‘very unlikely that anyone receiving care in a care home or the community will become infected’. This guidance was not withdrawn until March 13. 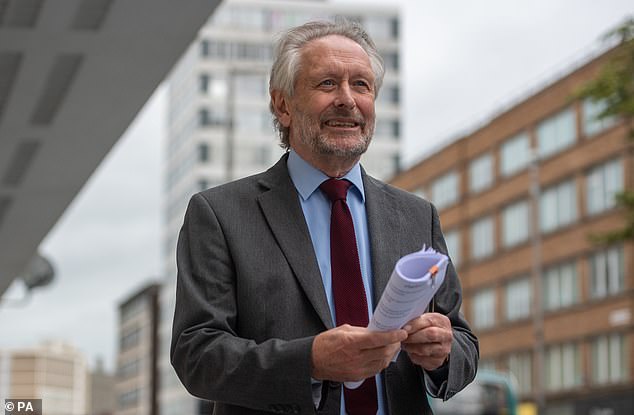 Sir Peter Soulsby (above), mayor of newly locked-down Leicester, has criticised PHE for being slow to share testing data with the city’s officials, who he says have been trying to obtain figures ‘for weeks’

Very unlikely! According to the Office for National Statistics, at least 14,404 people had died with Covid-19 in care homes by June 12. That number will have increased significantly over the past three weeks.

The effect of PHE’s assurance, one may reasonably surmise, was to induce a lethal sense of security in the minds of those running care homes. They will have inevitably drawn comfort from advice coming from a reputable official body. God alone knows how many lives were lost as a result.

Public Health England is meant to look after our health. So it’s more than a little strange that it should have in this instance caused an unknown number of deaths. It’s far from being the only example.

The quango is in charge of testing, and was therefore responsible for abandoning widespread tracking of the virus when it began to accelerate in mid-March. Many scientists regard this as a catastrophic decision which contributed substantially to the UK’s high death rate.

At the time, the deputy chief medical officer for England, Jenny Harries (whose home is the Department of Health rather than PHE), declared: ‘There comes a point in a pandemic where that [track and trace testing] is not an appropriate intervention’. I wonder whether she still thinks that.

PHE was also at fault over the subsequent painfully slow roll-out of mass testing — for which Mr Hancock was as usual blamed — though the failure to produce a workable testing app can’t specifically be laid at its door.

That predictable debacle was a Department of Health/NHS co-production. Mr Hancock’s entrusting of this project to the hands of people with a proven record of technological failure is an unmatched example of the triumph of hope over experience.

The truth is that much of the official medical establishment has shown itself ineffectual during the pandemic. Why was it so slow to adopt masks when most of the rest of the world was embracing them? 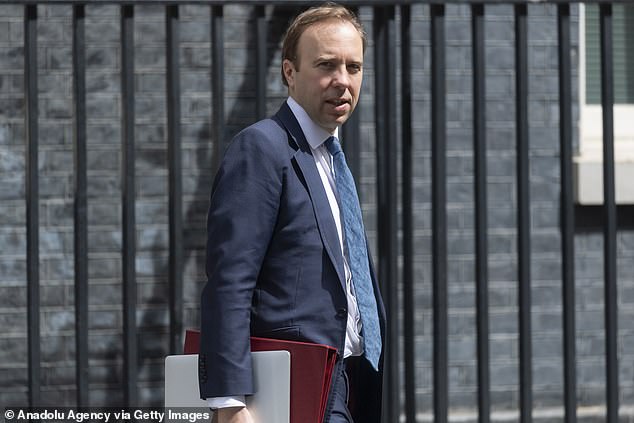 Many have blamed Health Secretary Matt Hancock for Britain’s Covid-19 death rate, saying he must take responsibility for the testing fiasco, and the way in which Covid-19 has been allowed to run riot in care homes

And why did the Government’s medical and scientific advisers cling until mid-March to their equally out-of-step belief that closing schools would only be of marginal benefit, and that large gatherings were not necessarily undesirable?

So it’s not just the failings of Public Health England that should be addressed. The Government received poor advice on various fronts from boffins who were more categorical than they had any right to be. PHE was nonetheless uniquely dysfunctional. I can’t see how it can be exculpated from causing needless deaths.

Early this week, Mr Johnson stated again that he has changed his mind about obesity. He no longer holds the libertarian view that people who want to stuff themselves endlessly with junk food should be left alone to kill themselves.

Can he really have confidence that this flawed organisation is capable of dealing with the scourge of obesity? Surely after the experiences of the past few months, it is obvious that the unaccountable quango is not fit for purpose.

Some people will go on blaming Mr Johnson for all that has gone wrong. He and Mr Hancock have undoubtedly made mistakes. They’ve also been too trusting of PHE, though they inherited the whole rotten system, along with its ‘operational autonomy’, and had limited room for manoeuvre.

But it’s childish for critics to bang on about the errors of individuals while ignoring the institutional failings of a body which let down the country at a moment of crisis –  and will do so again if left unreformed.

We need an organisation that is smaller, cleverer, less centralised and directly answerable to Government.

The ‘hard rain’ which the PM’s maverick adviser Dominic Cummings wants to fall on the civil service must descend like a downpour on Public Health England.