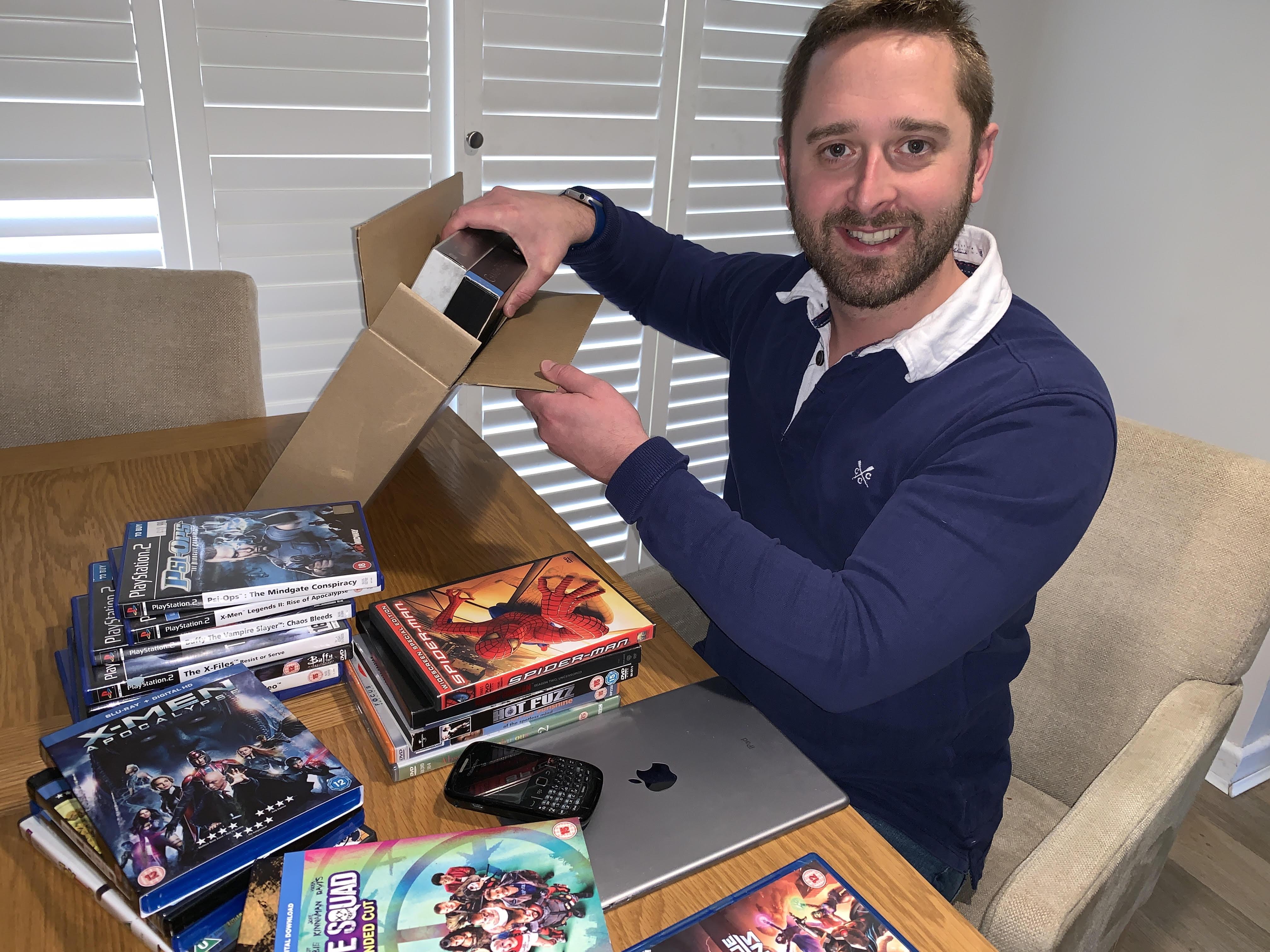 After upgrading his work phone in April this year, Andrew, who lives in Swindon, decided to cash in his old Samsung Galaxy Note 8 (64gb) to an upcycling website for £405.

He made another £350 the following September by cashing in his personal iPhone 8 (64gb) and put the funds from both handsets into buying the latest iPhone XR.

Inspired, Andrew, who lives on his own, realised that he could make money from old CDs and DVDs too.

"I always buy my phones outright because I like the latest model, but it can be a pretty expensive habit," Andrew explained. "I've always sold bits and pieces online and used the money to put towards buying the newest model. 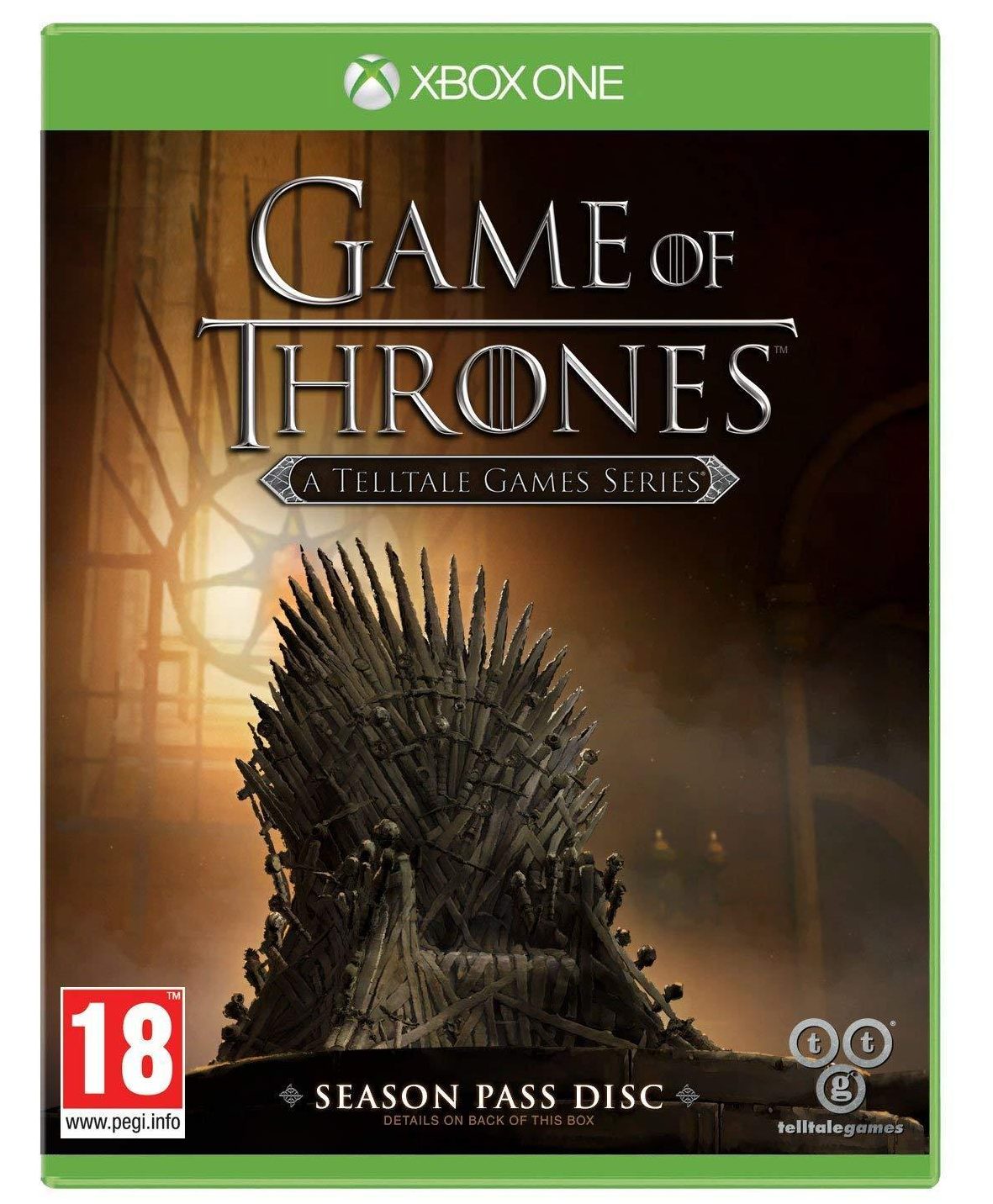 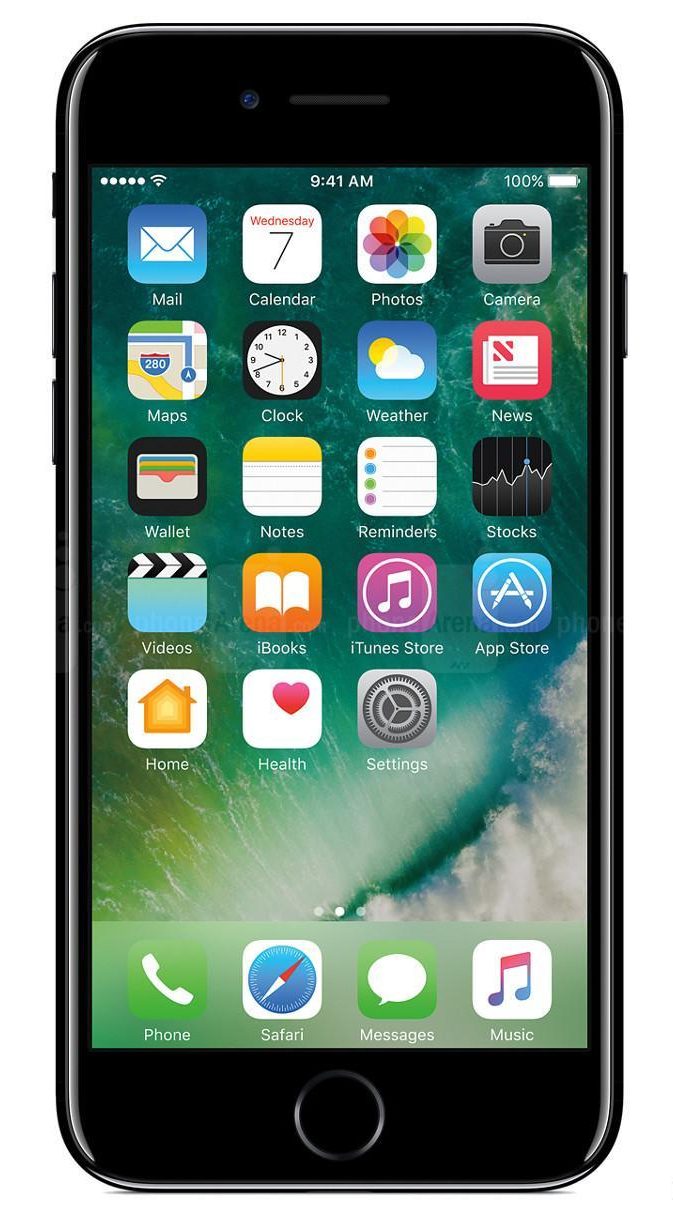 "But a couple of months ago, I realised how cluttered my house was. There were so many things that I didn't even use, like old X-Box games and DVDs.

"I knew that I was likely to get more cash if I'd sold them on eBay but I also knew I'd be hit with Paypal and sellers fees.

"I just wanted them gone so I used sites like MusicMagpie and CEX because I knew that they would tell me straight away how much it was worth.

"It was really easy because they have apps that you can just scan the bar code, fill in details about the condition it's in and then you'll get an instant quote.

"All I had to do was box it up which didn't cost me anything because I had loads of used Amazon packaging from stuff I'd ordered before so I just reused those.

"The companies pay for postage so I wasn't out of pocket there either."

What did Andrew sell and how much was it worth?

Trading websites like environphone, Sell My Mobile and Compare And Recycle specialise in buying secondhand handsets, but how much you'll get will vary depending on which one you use and your phone's condition.

Some sites will also buy your old DVDs and CDs although you may get a better price by trading with a specialist like Zapper, WeBuyBooks or Ziffit.

Over the space of a month and a half, Andrew ended up making £1,445 by cashing in some expensive purchases like an iPhone X, but also on less valuable items like Blu-ray discs.

He ended up getting rid of around 200 discs in total, cashing in more than £100 on them alone. 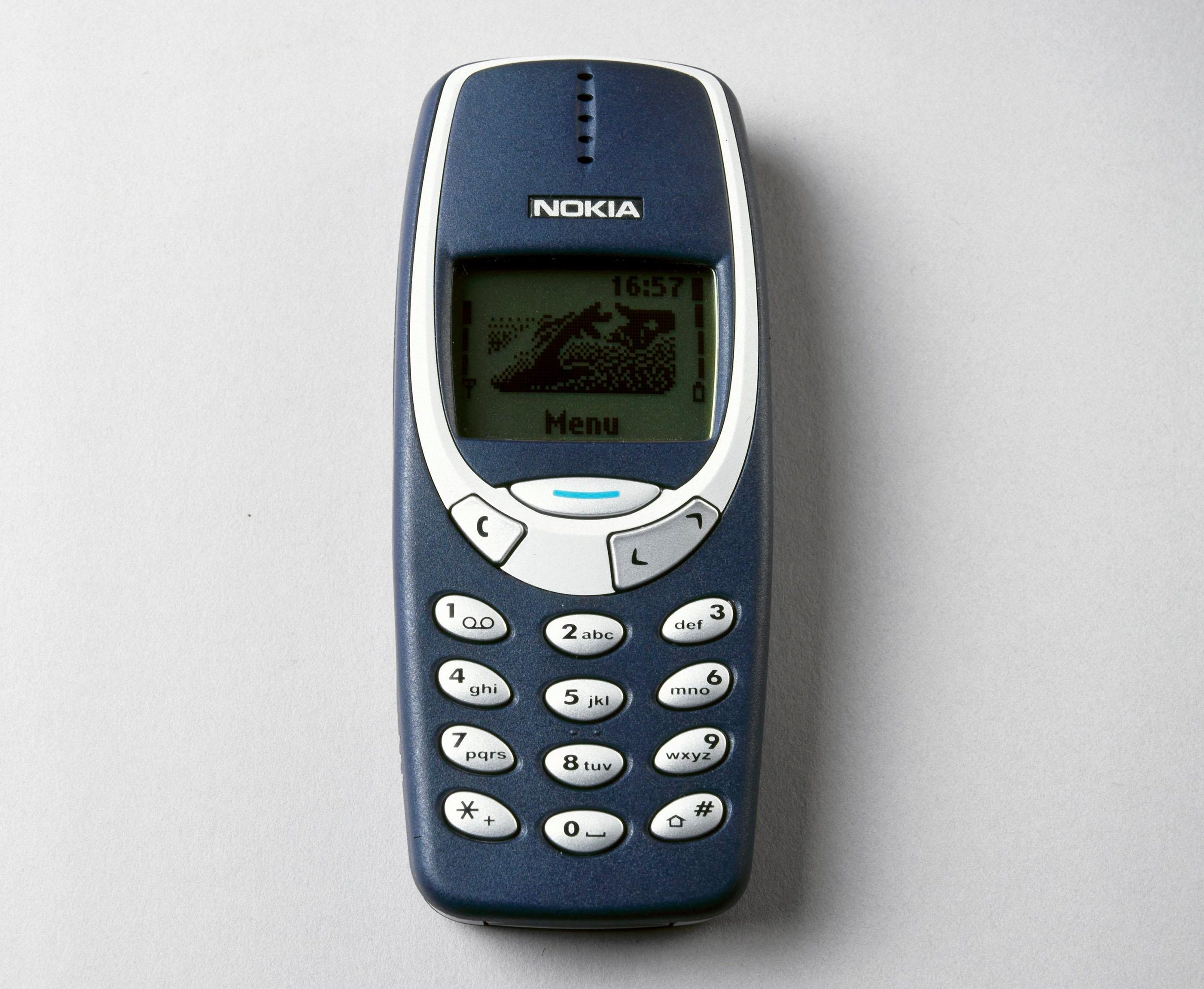 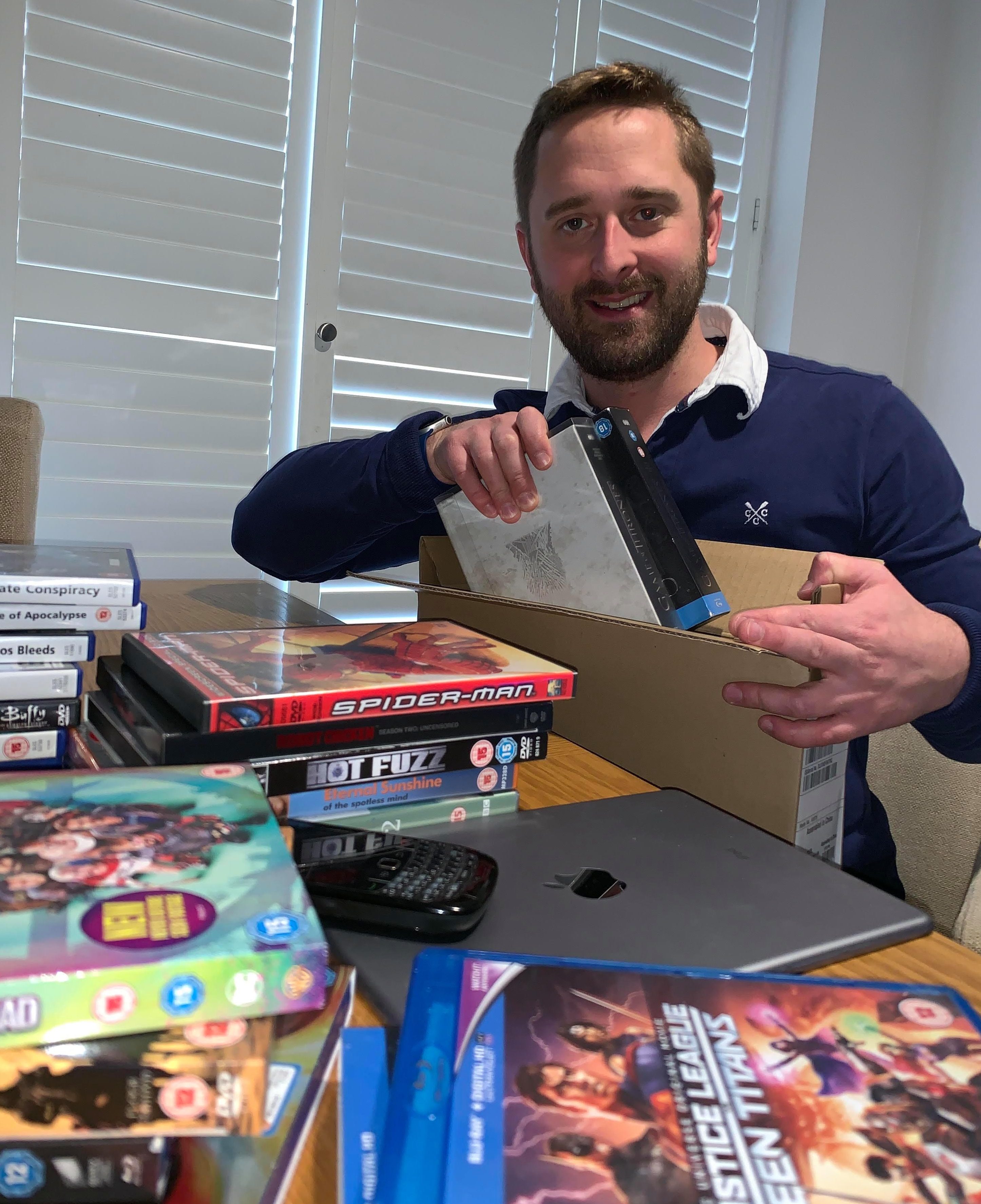 Andrew even recycled packaging when posting his products to save moneyBut just because Andrew had been quoted a price for his products, it didn't mean that he was guaranteed the sale. Sometimes, MusicMagpie disagreed on the item's condition and returned it.

Determined not to let the items go to waste, he tried his luck elsewhere, always managing to sell it even if it wasn't much.

Andrew added: "I made the most money on the phones that were only one behind from the latest release, but I also made money from some really old ones too.

"Last year, I got about £20 for a really old Blackberry handset and around about the same for an old Nokia 3310.

"On its own, the money doesn't sound like too much but much but it all adds up."

What second-hand tech is worth the most money on MusicMagpie?

Since December last year, Andrew has managed to make more than £2,500 from flogging the unused tech-junk lying around his house.

He said: "I would definitely recommend it and it is definitely worth the effort.

"It dawned on me financially how much I was spending on all of this rubbish that I don't use and saw it as a way of making some extra cash.

"I know that I didn't sell it all for as much I paid for it but getting some of the cash back has really helped me fund the next, latest gadget that I can't resist."

Warehouse worker Joe Kadomrezz, 30, made £3,858.16 from selling old CDs, DVDs and games to pay off his bills – and he even got enough to go on holiday with his best mate.

If you're feeling the squeeze this month then here are some ways you can make some extra cash from home.
Here's how you can get paid to watch TV or even make £250 from selling your hair.

Where can I sell my secondhand goods?

eBay – You can list up to 20 things a month for free on the auction site but they do charge 10 per cent if you manage to sell the item, including postage and packaging. Laura Rose made a whopping £30,000 selling her old clothes on eBay.

Gumtree – You can list jobs, property, clothes and even pets on Gumtree for free but you'll have to pay a fee of you're a business, agent, dealer or landlord.

Preloved – Similar to Gumtree, you can list things for free. It works best when the seller can meet up with the buyer.

Facebook Marketplace – The social media site offers a sellers service, Marketplace, which allows you to get rid of your unwanted things for free to sellers in your local area. It's cash in hand and there are no postage costs.

Depop – The app helps you sell your clothes. Take a photo on your phone, list it on Depop, share it social media, and wait for someone to make the purchase.