Disney in negotiations with unions to represent 43,000 employees at Walt Disney World

The company is planning mass layoffs as a result of COVID-19 shutdowns.

Walt Disney is turning heads this week with its dramatic shift to consumer-direct content distribution, but a less publicized nugget out of CEO Bob Chapek on Monday afternoon was the confirmation that its Florida theme parks were still capping attendance at 25% of their capacity.

Stocks in this Article

Anecdotal evidence would seem to suggest otherwise. Disney parks certainly seem more crowded now than they were earlier this summer after reopening. With the state recently loosening restrictions for theme park operators, is Disney World really operating at 25% of its capacity? There are some good reasons to take Disney on its word.

Let's first clear up a popular misconception about what it means that Disney World is limiting admissions to 25% of its capacity. This does not mean that the world's most visited theme park resort is entertaining just a quarter as many visitors as it did a year earlier. Capacity is actually the number of people allowed at any of the parks before Disney has to lock its turnstiles to play nice with fire code, an event that rarely happens outside of the Christmas and New Year holidays. 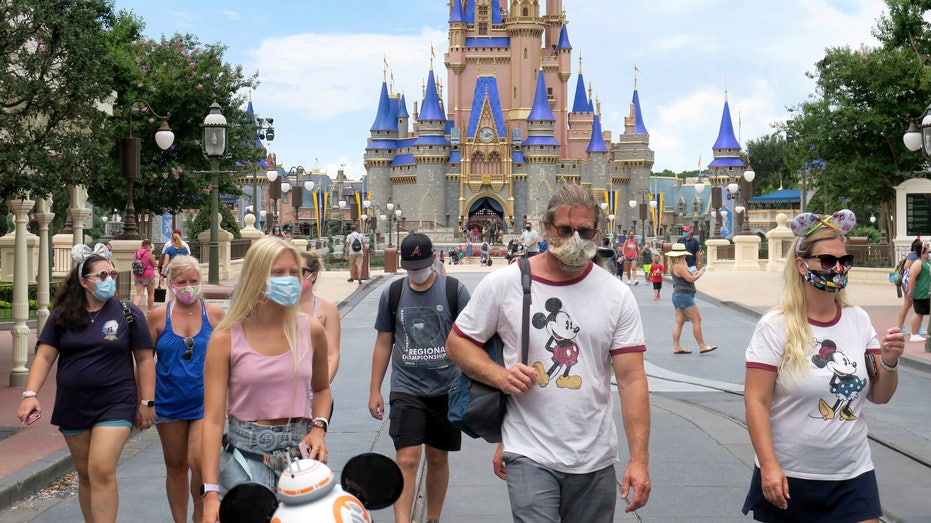 Let's flesh this out a bit to illustrate the difference. Disney's Magic Kingdom — the world's most visited theme park last year according to industry tracker Themed Entertainment Association — attracted 20.96 million guests in 2019, a daily average of roughly 57,400. Legal capacity of the park according to trip planning specialist Touring Plans is 90,000, so the 22,500 that is 25% of capacity is actually 39% of last year's average attendance.

The disparity is even more interesting if we explore Disney World's largest park in terms of capacity. Epcot has room for 110,000 guests, but it only averaged a little more than 34,000 daily guests last year. In short, it only entertained 31% of its legal capacity last year. It's not all that different than the 25% ceiling that is currently in play.

There are plenty of reasons why lines for Disney attractions are long and the waits for quick-service meals are even longer in the new normal. Social distancing norms dictate sending a lot of ride vehicles and starting a lot of shows with a lot of empty seats between guests. In short, attraction capacity itself is down. There are also no character meet-and-greet areas, parades, and signature nighttime firework displays that gobble up guests. The attempt to limit cashier interactions at restaurants has Disney going with mobile ordering at many locations, and long waits there are a combination of guests slamming the platform at peak meal times and several shops and restaurants staying closed in an attempt to curb labor overhead.

None of this explains why the parks are more crowded now than they were over the summer, but that also has a logical explanation. Disney World attendance was initially a lot less than 25% of its capacity. Some of this was by design. Disney reopened with a theme park reservation platform in place to keep guest counts in check, and at first it had far fewer slots for annual pass holders than it does right now. It wanted to ramp up slowly on that front, allocating more admissions to on-site resort guests and folks with single-day tickets that are far more lucrative on a per-visit basis.

Disney also overplayed the initial hand it was holding. By Disney's own admission — in its early August earnings report — early attendance levels were lower than projected. It takes time and planning for most non-locals to square away a Disney getaway, and when COVID-19 cases were spiraling higher in July it was going to be a dicey proposition. Between the pandemic scaring visitors out of Florida and the recession limiting the means to enjoy a trip to Disney World, it was going to be a gradual reopening process.

We're still not where the world's largest theme park operator wants to be. Why else would it have recently announced thousands more layoffs at Disney World? Disney World and its peers may now have a longer leash in terms of greasing up their turnstile clicks in Florida, but it doesn't mean that it can do so without sacrificing the industry's success at opening safely in these unprecedented times. Disney World, and even Disneyland, will be back, but it will take time to crack the pandemic, the recession, and visitor comfort levels.