Is Charles Manners the next society heartthrob? The ‘charming’ future Duke of Rutland, 19, is named as Tatler’s ‘breakout boy’ of the year (and girls have been queuing up to meet him!)

With their willowy good looks, well-heeled friends and appetite for a good old-fashioned party, it is of little surprise the Manners sisters – Ladies Violet, Alice and Eliza – have become familiar faces on the London social scene.

But it seems the blue-blooded beauties – once dubbed the ‘real-life Crawley sisters’ in a nod to TV’s Downton Abbey – might soon be joined by another member of their photogenic family on the society pages of Britain’s glossy magazines.

For their younger brother Charles, Marquess of Granby, has this month been named as ‘breakout boy’ of the year by Tatler magazine. 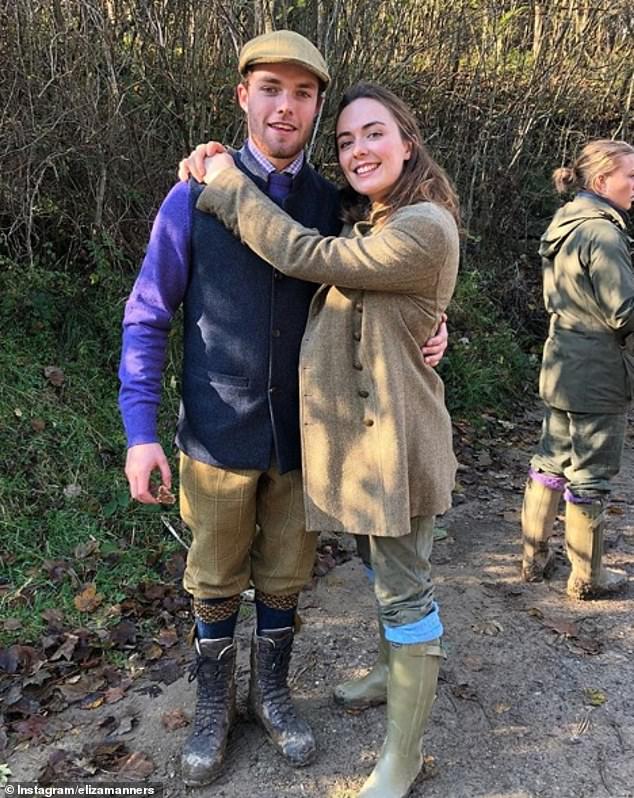 One to watch: Charles, Marquess of Granby, the younger brother of society beauties Ladies Violet, Alice and Eliza Manners, has been named ‘breakout boy’ of the year by Tatler magazine. Pictured: 19-year-old Charles with sister Eliza, 21, in a photo shared on her Instagram account 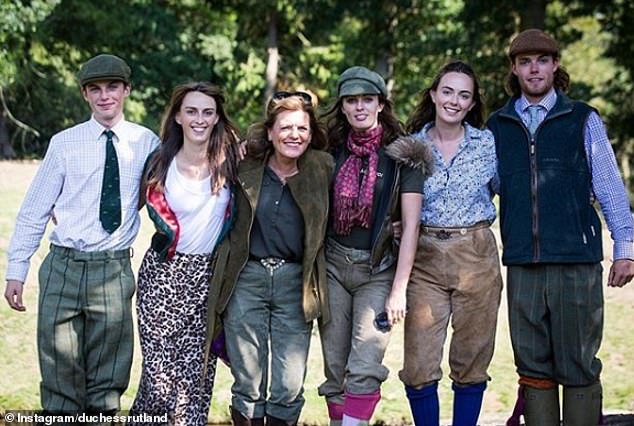 Photogenic brood: Proud mother Emma, Duchess of Rutland with her children (l-r) Lord Hugo, 15, Lady Alice, 23, Lady Violet, 25, Lady Eliza, 21, and Charles, Marquess of Granby in a photo taken at the grounds of the family’s Belvoir Castle, Leicestershire, in September

Charles, 19, is studying business management at Newcastle University, learning skills that will no doubt stand him in good stead when he inherits his father’s title of Duke of Rutland and the family seat of grade II-listed Belvoir Castle, Leicestershire.

Fortunately for any young women dreaming of life as a duchess, it appears the ‘charming’ and ‘good looking’ Charles is still happily single.

However it would be wise to act fast as hopeful suitors have already been ‘queuing up’ to meet him, according to Tatler.

Charles, who studies business management, grew up in neo-Gothic splendour in Belvoir, along with older sisters Lady Violet, 25, Lady Alice, 23, and Lady Eliza, 21, and his younger brother Lord Hugo Manners, 15. 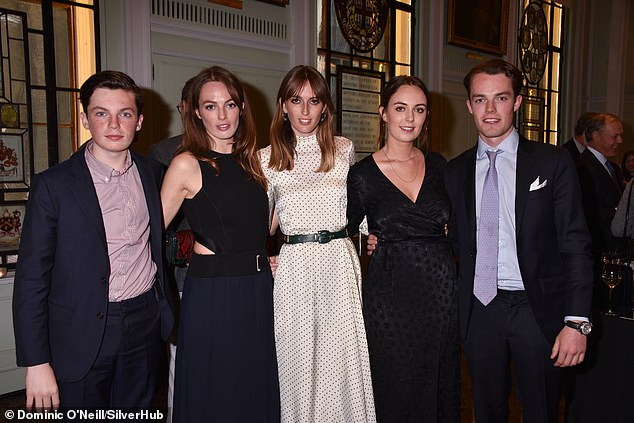 Despite splitting in 2012, his parents David and Emma, the 11th Duke and Duchess of Rutland, were so keen to keep the family together that they rejigged their living quarters so they could both remain in residence at Belvoir Castle.

Charismatic Emma, who counts Susannah Constantine among her closest friend, often boasts about her children on Instagram and proudly shared a snap of Charles’ Tatler photo shoot with the caption ‘My breakout boy,’ with a heart emoji.

Charles appears rather more camera shy and chooses to keep his account private, only allowing 941 pre-approved followers to see his updates. 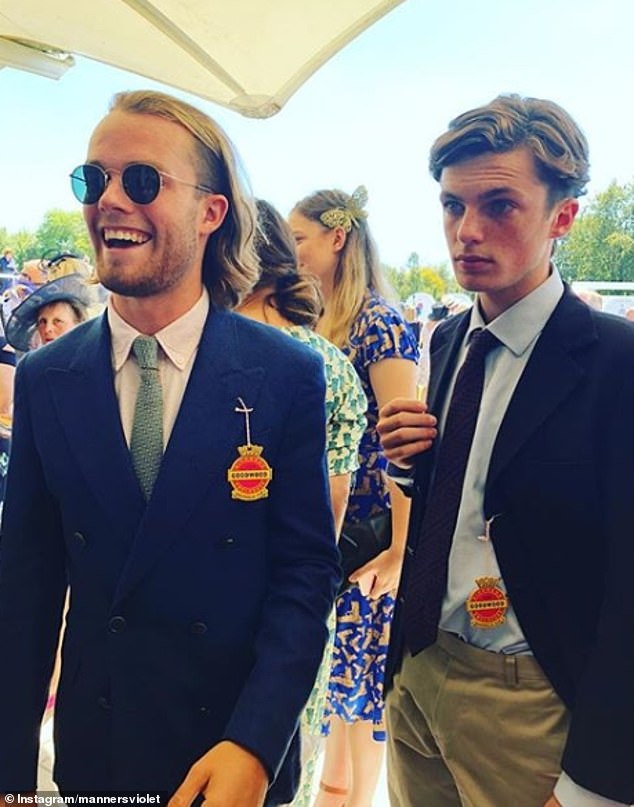 Dapper: Charles, Marquess of Granby, left, and brother Lord Hugo Manners at Goodwood Festival in August. The photo was shared on Instagram by their sister Lady Violet Manners

But his older sisters, who have all modelled for Dolce & Gabbana, are more active on the social media site and occasionally share photos of Charles with their combined 34,500-strong following.

Eliza, who is closest in age at just two years his senior, shared a photo of them posing together in the countryside this past weekend.

The strong family resemblance was accentuated by their similar tweed looks, although Eliza opted for a jacket while Charles donned trousers and a waistcoat.

Their genuine smiles and arms wrapped around each other hint at a close bond. 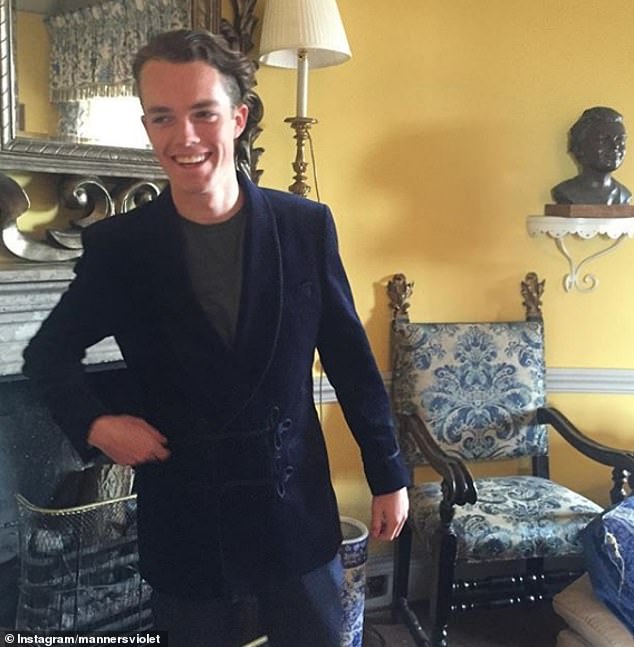 And Sunday Telegraph columnist Alice, who is dating Otis Ferry, the 36-year-old son of singer Bryan, posted a photo of Charles beaming side-by-side with younger brother Hugo on a countryside jaunt in September.

Family outings to Goodwood Festival in August and sun-soaked holidays to Thailand and Bali documented on social media – alongside a smattering of gushing posts by Emma – paint the picture of a family who remain incredibly close despite their unorthordox living situation and increased media attention.

So while it remains to be seen whether the Marquess of Granby fulfils his predicted future as the next society mover and shaker – one thing is clear: he will do it all with his family by his side. 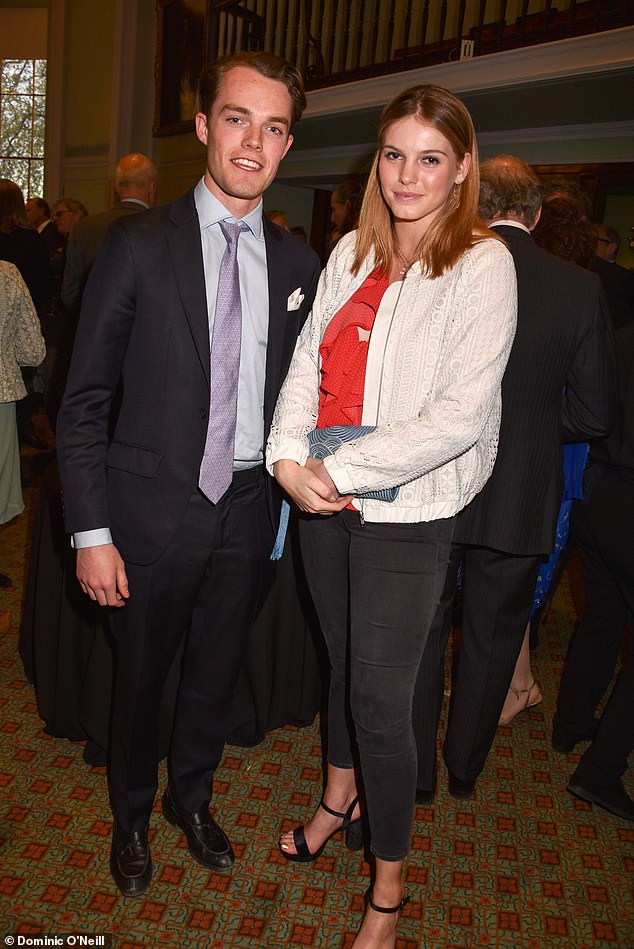 Eligible: Charles, Marquess of Granby, with Eliza Dubois at the launch party for his father’s book in London last year. Tatler wrote that women have been ‘queuing up’ to meet Charles

WHO ARE THE MANNERS SISTERS?

The current custodians of Belvoir Castle, the 11th Duke and Duchess of Rutland have three daughters – each one more glamorous than the next.

Lady Violet Manners, 25, and her sisters Lady Alice, 23, and  Lady Eliza, 21, grew up in neo-Gothic splendour in the Leicestershire stately pile, along with their younger brothers, Charles, Marquess of Granby, 19, and Lord Hugo Manners, 15.

Now, they’re familiar faces on the London scene, regularly appearing in the pages of society bible Tatler or Vanity Fair.

Despite their parents’ separation in 2012, the Manners family remain a tight-knit unit, with the Duke and Duchess simply rejigging their living quarters so they could both remain in residence at Belvoir Castle. 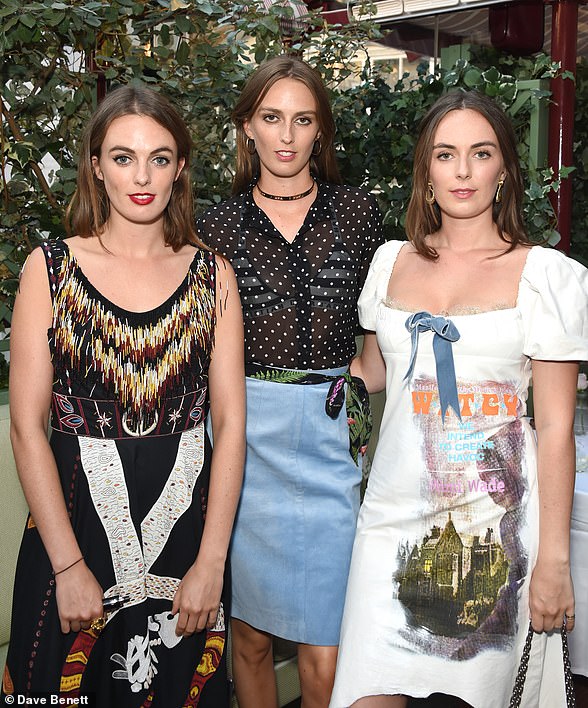 Seen left to right: The Duke and Duchess of Rutland’s daughters Lady Violet Manners, 25, Lady Alice Manners, 23, and Lady Eliza Manners, 21, at an event in London in July

Just like the fifth Duchess for whom the youngest of the Manners sisters – who all attended a traditional all-girls boarding school, £29,000-a-year Queen Margaret’s in York – is named, the glamorous trio famously love a party.

Eliza’s 18th birthday bash saw her and her bother Emma take to the stage to entertain guests with a rendition of Cat Stevens’ Father and Son.

Her father the Duke, David Manners, dressed as a ringmaster in a top hat for the circus-themed bash.

It followed Alice’s similarly lavish 18th birthday party at the castle, which had an Arabian Nights theme, and saw her two brothers arrive by camel. 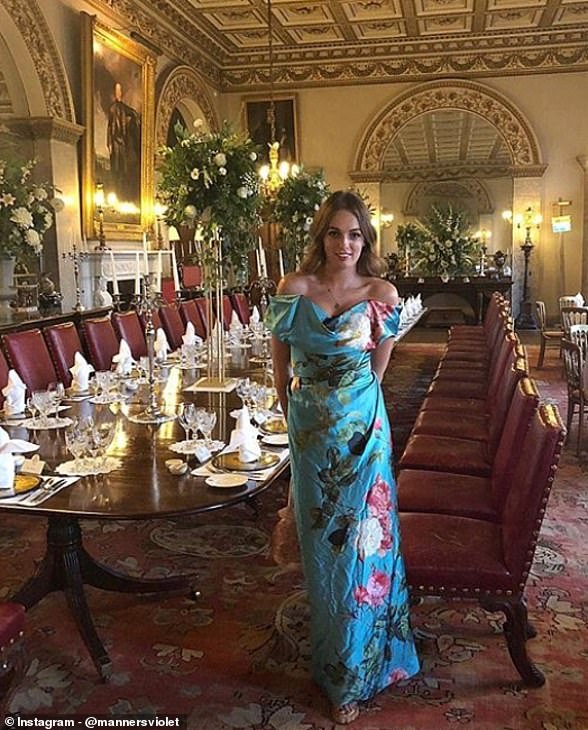 Violet, the oldest of the Manners girls at 25, documents her glamorous lifestyle on Instagram just like her sisters. She heads up her own brand strategy consultancy 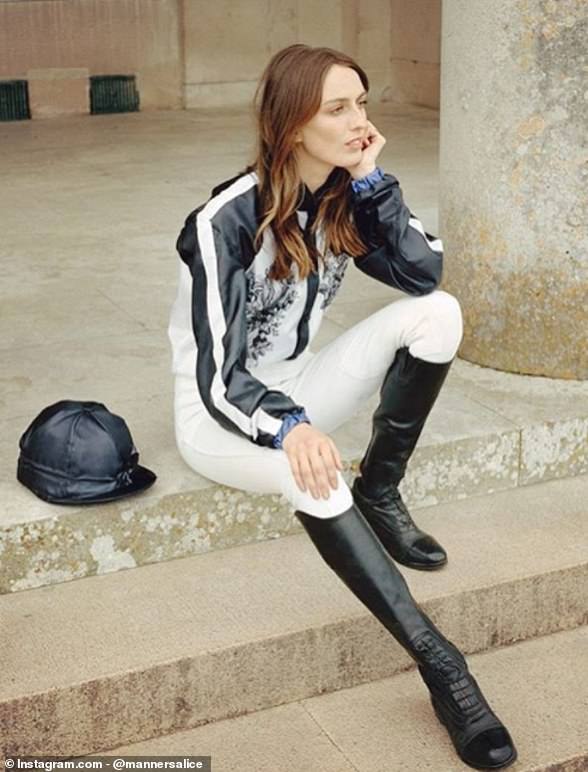 Lady Alice, 23, who attended the Conde Nast College of Fashion and Design, is an accomplished horse rider as well as being something of a style expert 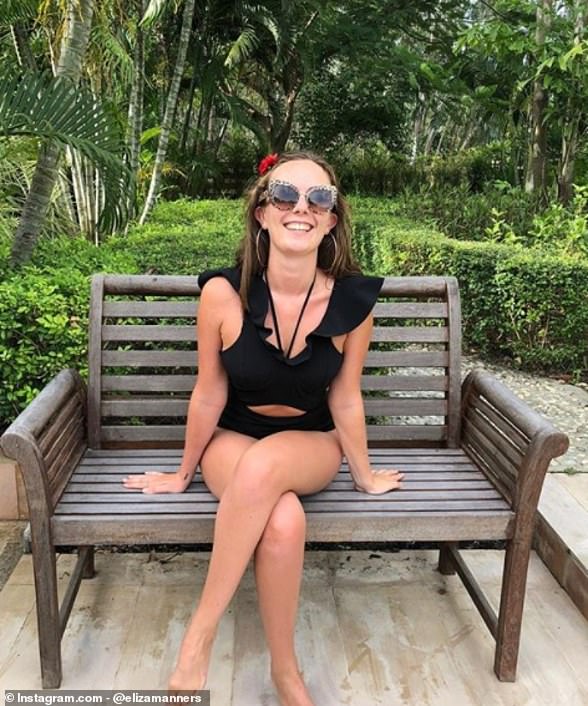 Newcastle University graduate Lady Eliza, 21, celebrated her 21st birthday with a lavish bash at the sprawling family pile over the summer