Last Thursday, images of women apparently pretending to be mixed race started circulating on social media. The threads, which exposed Instagram influencers who seemed to be strategically altering their appearances soon amassed thousands of likes and retweets. There were some examples where people were reportedly digitally altering their eyelids in photos so as look more Korean, but for the most part the women in question seemed to be changing their appearances so as to look more "black." This appears to involve darkening their skin with the help of tanning products, enhancing their lips so they look fuller, using wigs and weaves to change their hair texture, and in some cases even apparently using highlighter on their noses to make them seem wider.

At first when I saw these threads I was fascinated and appalled. But this quickly turned to a nasty sick feeling of dread. I’m mixed race. I’m light-skinned. If I chose to, because I live in a country where it’s cold and dark for 8-9 months of the year, I could pretend to be white. I could, if I wanted, delete pictures of my black family members from my social media and just simply say, "oh, I’m olive skinned" the next time anyone asks me why I’m so tanned at a party.

And yet while to the untrained (white) eye I may look like a tanned white girl, I really don’t feel like one. I’m not white. Or at least not just white. My experiences —from the catch all racism I encountered at school, to the shocked reaction I still get when I come back from holiday (it’s amazing to see the look on people’s faces when they think you’ve changed race after two weeks away), my years of living in Barbados and summers spent there after — mean I feel profoundly mixed race. The fact that sometimes there are forms without enough boxes to adequately describe my ethnic identity. The fact that I have to think about my race at all, let alone every day. The fact that people assume Benedict Cumberbatch is my distant cousin when really we share a surname because his ancestors owned my ancestors as slaves. All of this makes me feel very not white.

Except part of me is. But the other part of me isn’t. And so because my light-skin gives me a huge amount of privilege, I feel conflicted about claiming my blackness. I don’t want to pass, so I try and tell new people who I will be spending more time with that I’m mixed race as soon as it makes sense to. But I will never truly understand what it’s like to look and be black, and I will never experience the level of racism (both overt and covert) that comes with that. I’m very unlikely to ever miss out on a job because of my race or the way my name sounds, for example. 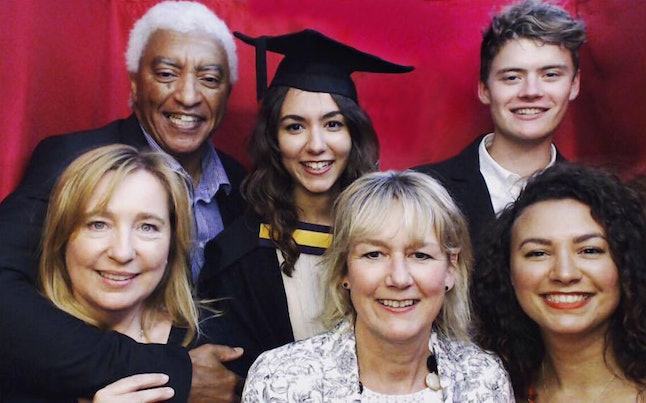 So although I want to establish my mixed race identity, it’s easy to feel like a fraud, or that I’m not mixed race "enough" because to some people my appearance doesn’t match my ethnicity. I constantly juggle claiming my race with my responsibility to acknowledge my light-skinned privilege. This is something I struggle with almost every day, as I do the typical mixed race issues of belonging and disconnection. It’s not a complaint, but a fact.

It’s a struggle that the people behind these Instagram accounts will never understand. While I grapple with the complexity of laying claim to my own identity, they take one which isn’t theirs without a second thought. That is the epitome of white privilege.

Some of the women included in the threads on Twitter seem to be making money from apparently misrepresenting their race. One prominent example, 19-year-old model Emma Hallberg, has 177k followers, offers Boohoo discount codes to her followers, and has collaborated with cosmetics brand Make-Up Store to create her own highlighter. It’s ironic when you consider that some on Twitter pointed out Hallberg has apparently used highlighter in an attempt to make her nose look wider. And it’s even more disheartening when you consider some of these brands are likely using white influencers pretending to be women of colour instead of actual women of colour to promote their products. I have contacted representatives of Boohoo and Make Up Store for comment but have yet to hear back.

I spoke to Hallberg about the accusations over email and she denied she had ever made any attempt to misrepresent her race. "I am white. I have never said, claimed or tried to be anything else," she tells me. "First and foremost, I have not changed my appearance. I have been accused of doing frequent spray tans, taking melanin hormones, and that I have had injections and surgeries to my nose, lips, jawline, face features and body to look like a black woman. When I haven’t done any of it!" she says. "I cannot change the way I was born, such as my naturally dark brown curly hair, my dark brown eyes and the tan I get naturally from the sun." Over the weekend Hallberg posted photos of her family along with a statement on Instagram stories in an attempt to show that her skin colour is simply a summer tan and that her hair is naturally curly.

But if Hallberg’s apparently changed appearance is simply the result of a summer tan and no longer straightening her naturally curly hair, it’s unlikely the same can be said of the many many other examples included in the various threads. Even if Hallberg’s genes enable her to adopt a racially ambiguous appearance more easily, there is a certain aesthetic in her pictures that is reflected elsewhere in the threads. The brown skin, the plump pouts, the wavy or curly hair, the curvy figure. Coincidence? It seems unlikely.

While here black people aren’t necessarily being mocked, their image is certainly being co-opted and tried on for profit. None of these women will ever have to wrangle with the identity struggles I detailed above, nor the racism and misogynoir that black women face. Instead they can capitalise on the same perceived ethnic ambiguity that can make establishing a sense of racial identity and community difficult for mixed race people. They can exaggerate stereotypically black features like full lips and curvaceous figures to the point of caricature while never running the risk of actual racism. This is not just cultural appropriation, but a form of neo blackface.

However, these women didn’t create this trend, but are merely followers of a phenomenon that starts much further up the influencer food chain. The Kardashians are often called out on Twitter for apparently using their proximity to black men to boost their cool factor and for cultural appropriative hairstyles like cornrows and braids. Speaking to Bustle about backlash over her decision to wear Fulani braids, and a social media post which attributed the style to white actor Bo Derek, Kim commented, "I actually did that look because North said she wanted braids and asked if I would do them with her." She continued, "I [do] remember the backlash when I had the blonde hair and that I called them ‘Bo Derek braids.’ But I obviously know they’re called fulani braids and I know the origin of where they came from and I’m totally respectful of that."

But more insidious even than hairstyles or partners is the way in which the Kardashians seemingly alter their appearances to appear more ethnically ambiguous (the Kardashians’ heritage is Armenian, while the Jenner sisters are white). And without question, this has been a highly profitable enterprise for them. Kylie Jenner, with her juggernaut Kylie Cosmetics, was recently estimated by Forbes to have a net worth of around $900 million. 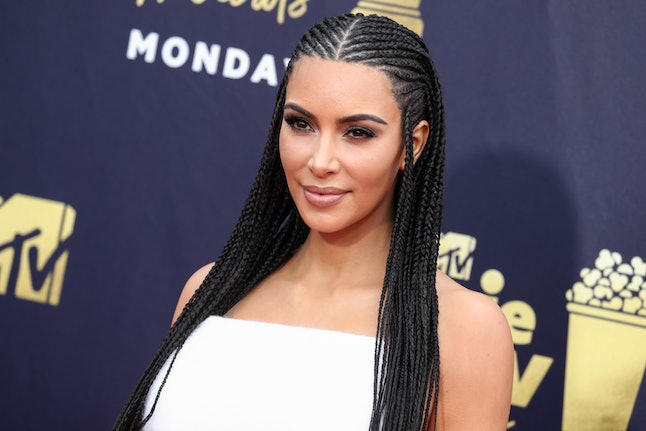 And the Instagram influencers the Kardashians helped create space for aren’t just seemingly pretending to be mixed race because it’s easy for them to do so believably. They’re pretending to be mixed race because it’s often seen as a more acceptable form of black or Asian identity. It was exactly this that was at play earlier this year when several of Love Island‘s white female contestants gave their type as mixed race. An attraction to the other is that bit more acceptable when they’re a little bit white. Proximity to whiteness elevates.

Wanna Thompson, a freelance writer who created one of the first threads says she’s been noticing the trend which she called "cosplaying as black women" for a while. "This ‘phenomenon’ isn’t new at all. I’ve noticed that women were darkening their skin and impersonating black women for a long time now," she tells me. "I feel like Instagram is the perfect place for these women to thrive because ‘cosplaying’ as racially ambiguous women has worked for people like the Kardashians."

She details why she took issue with what she was seeing:

For Thompson the solution isn’t complicated — support black women, don’t steal from them. "Support black women on social media. Like our content, subscribe to our channels, view our products," she says. "We are the ones they look to for inspiration and we deserve more credit, support and recognition."

It’s obvious to me that the problem with identifying as an ethnicity you are not is that it causes problems for those who actually are that race, no matter how much affinity you may feel you share with them. While there were those like Thompson, who criticised the influencers for misrepresenting their race, there were also those defending the women, saying that they were just fake-tanning and having a bit of fun. Except for the people whose race is being appropriated, it’s far from fun. I saw several tweets from people saying they would be extra suspicious the next time they saw a mixed race person on Instagram.

So thanks to influencers who pretend to be as women of colour on Instagram. You’ve helped reduce my ethnicity, and that of others, to fake tan and a bit of fun, and made it that bit harder for mixed race people to lay claim to their true identity without suspicion.