The five-minute curling hack that could save you £400: Beauty guru claims using a sawn-off WATER BOTTLE is just as good as the new Dyson Airwrap

The new Dyson Airwrap has been hailed as a ‘revolutionary’ new way to style your hair, but at £400 it doesn’t come cheap.

Now one beauty guru has discovered a clever technique which she claims will deliver identical results to the high-tech styler – and it doesn’t cost a penny.

She advises cutting off the top of the bottle with a stanley knife, before making an incision halfway down the makeshift barrel that’s big enough to fit a hairdryer nozzle into. 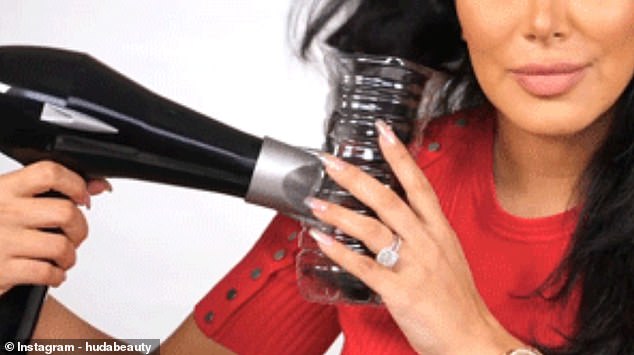 Beauty hack: Huda Kattan, also known as Huda Beauty, recommends using a sawed-off water bottle to help mould your tresses into perfect waves in a ‘five-minute curling hack’ as an alternative to the new Dyson Airwrap which costs around £399.88 from most retailers

Once the bottle is thoroughly clean, a thick section of hair can then be placed inside it, before hot air into is funnelled into it via a standard hairdryer.

Kattan, whose Instagram fame helped her launch an eponymous beauty range, claims the cost-cutting technique is a great alternative to Dyson’s new drying/ curling iron hybrid, which has taken the hair industry by storm.

The styler – which uses air instead of damaging heat to curl your hair – is the result of more than six years of testing and uses a spinning motor to create an area of high pressure at the top of the styling barrel.

A high-velocity jet of air then disperses out of six air slots around the barrel, while a glass based thermistor measures the temperature up to 40 times per second to ensure your hair is never exposed to extreme heat. 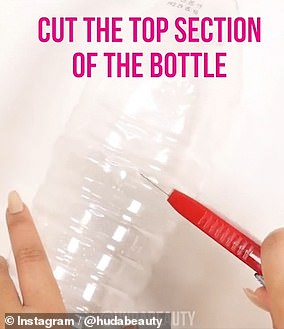 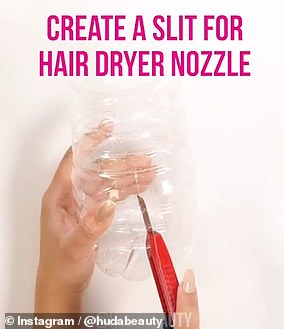 STEP 1: Using a pair of large scissors or a palette knife, cut off the top of the water bottle so that one end is sealed and the other open (left) STEP 2: Down one side of the bottle, cut a slit that’s 2cm longer than your hairdryer nozzle and 3cm in width (right) 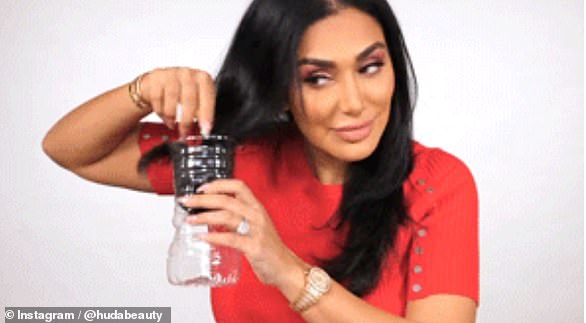 STEP 3: Now that the bottle is prepped, take a small section of your hair and twist it gently and then place it in the bottle. Insert the nozzle into the bottle through the gap 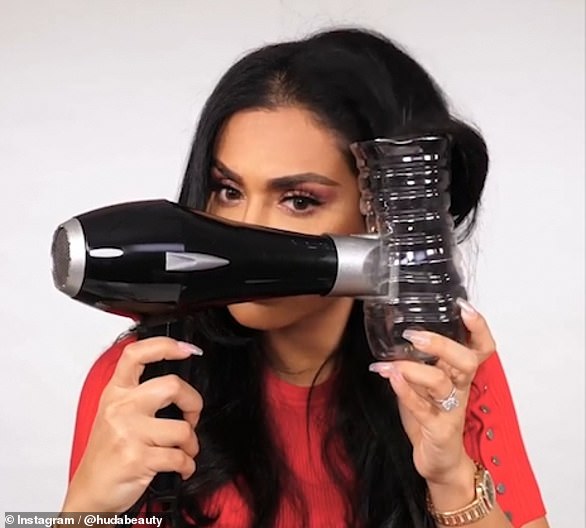 STEP 4: Turn your hair dryer on and leave it in the insert, to blow dry your hair for 30 seconds. But be careful; the bottle gets hot so make sure you’re wearing gloves! 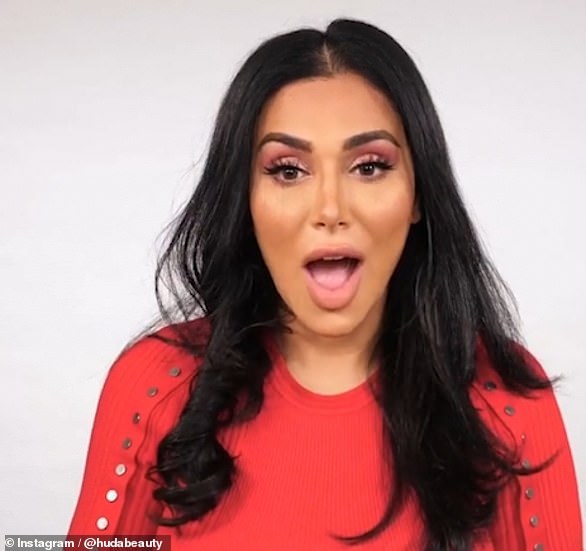 STEP 5: Remove the hair from the bottle and spray with hairspray. Do this to the rest of your hair, doing small sections at a time (pictured: the finished result) 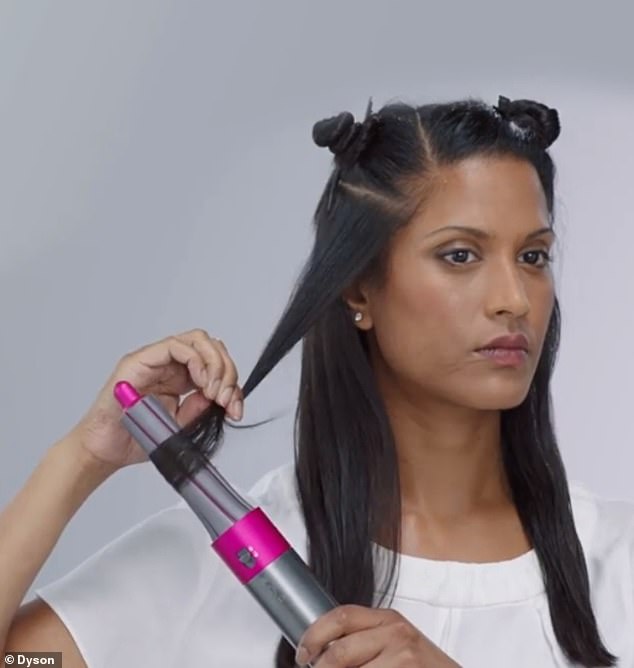 The real deal: Dyson’s new Airwrap – which uses air instead of damaging heat to curl your hair – is the result of more than six years of testing and researching different hair types

Commenting on the cult styling tool on her blog, Huda wrote: ‘While we understand that it’s the most innovative tool the hair styling industry has seen in decades, there’s no denying that it’s a lot of money.

‘So when we came across a curling hack that mimics the same drying technique, but you only need a plastic bottle to fulfill your hair dreams (not a month’s rent) we had to give it a go.’

Huda is far from the first to give the water bottle technique a try; it has been storming Instagram in recent weeks as beauty bloggers look for cheaper alternatives to expensive styling tools.

Giving her verdict on the styling hack, she wrote: ‘Although we had seen a few videos, we were still slightly skeptical until we saw the curls for ourselves.

‘Obviously, it doesn’t have the hair saving technology as the Dyson Airwrap, or the various brushes and drying options, but it does deliver the same bouncy curls, and possibly even quicker than the Airwrap. We’re sold!’