In Succession, for which he is ­nominated for best actor at ­tomorrow’s prestigious Emmy awards, he plays Logan Roy, an ageing billionaire who must decide which of his squabbling, entitled ­offspring will inherit his global entertainment and news conglomerate. Roy routinely sacrifices his children as they plot their own Machiavellian manoeuvres against him – and each other – to try to win control of the firm in a caustic exploration of wealth, power and politics. The series, a satirical comedy drama broadcast by HBO, has drawn comparisons, strongly denied by its creator, The Thick of It writer Jessie Armstrong, with US media tycoon Rupert Murdoch.

But there is no doubt the two men bear similarities, as does the actor behind Logan’s brash, irascible and foul-mouthed performance.

Dundee’s most famous export certainly doesn’t mince his words about his real-life brood when asked if his brutal treatment of his eldest on-screen son, Kendall, in the series two finale – we won’t spoil here – puts him beyond redemption as a father.

“No, not at all,” he counters in his distinctive voice. “The point is, he’s his son, and he does love him. You see, you can love your children but you don’t always necessarily like them.”

For a millisecond, I wonder if he’s about to go full Logan Roy on me but then he dissolves into an infectious hoarse giggle.

“I have problems with my own kids,” he continues. “I love them but I don’t like everything they do. They’re very opinionated little b******s.”

Cox, 74, has four children in total. Actor Alan and producer Margaret from his first marriage, plus younger sons Orson, 18, and Torin, 15, by his second wife Nicole Ansari, with whom he lives in upstate New York.

Both younger sons are studying drama and Cox is supportive of the decision. “It’s a tough job, it’s full of horrible rejection and all of that but it can also be a wonderful thing to do,” he says. 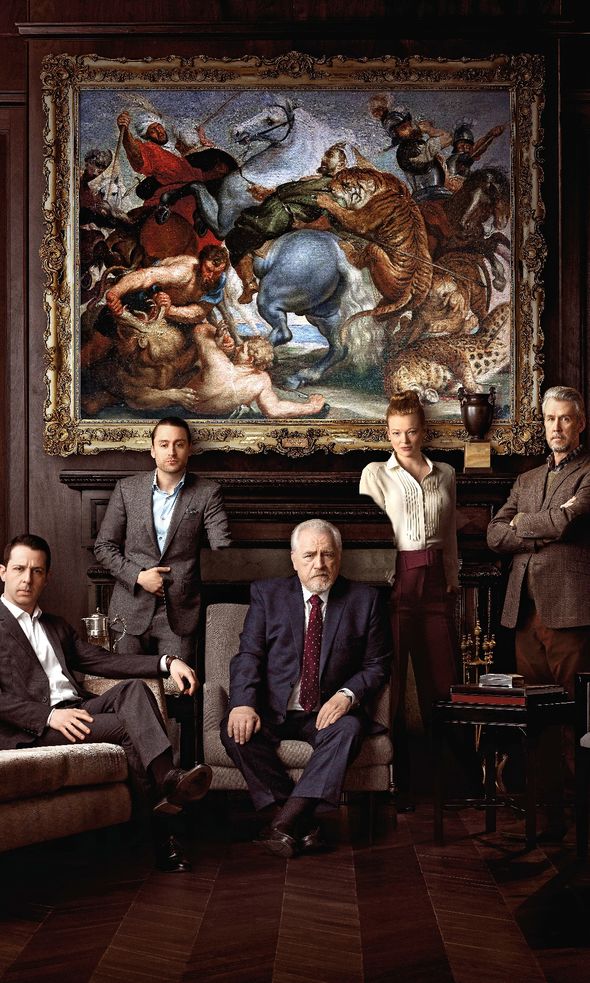 It’s easy to understand his positivity given he’s at the pinnacle of a prestigious career. After a lengthy stint at the Royal Shakespeare Company, winning rave reviews for, among others, his portrayal of King Lear, plus two Olivier awards for Rat in the Skull and Titus Andronicus, he made a successful switch to Hollywood 25 years ago.

“I knew there was no point in ­trying to be what I was in the UK, which was a leading classical actor,” he reflects. “I thought, ‘What will work is if I’m a character actor’.”

His subsequent stellar resumé includes The Bourne Trilogy, X-Men 2, Rise of the Planet of the Apes and Braveheart. And, among others, Nuremberg, Deadwood and War and Peace on the small screen.

In 1986, he played an understated version of Dr Hannibal Lector in Manhunter, four years before Anthony Hopkins.

And his Winston Churchill in Churchill (2017) was generally considered the best thing about the movie.

But it is Succession that has made him the actor of the moment. At the Golden Globes, Leonardo DiCaprio pleaded to work with him and f­ellow A-listers Elton John and Brad Pitt lined up for a cozy chat. “It was an ­amazing experience,” Cox acknowledges.

Such plaudits could make anyone’s head mushroom but Cox seems far too wise and down-to-earth for that. He’s funny, frank, and intensely charismatic. And what he does share from personal experience is that most actors he meets are “egalitarian”, not the ego-centric stars the Hollywood machine spawns.

As if to demonstrate his argument, he launches into a memory about his time on the 1999 baseball film, For Love of the Game, starring Kevin Costner in the lead role. At the time, despite his epic Waterworld flop four years earlier, Costner was still one of the decade’s biggest and bankable actors.

Cox was quietly preparing for a 10-minute scene with Costner when the film’s director Sam Raimi, who has since directed the Spider-Man trilogy, cornered him in his dressing room and proceeded to outline how he should behave in the presence of so-called film royalty.

“You’ve got to realise Kevin is a movie star and there’ll be certain things,” recalls Cox of Raimi’s speech. Therein, he recalled, followed lots of “blah, blah, blah”. Yet when the time came for the rehearsal in a New York hotel suite, the two actors met for about an hour.

They practised their lines and talked through the scenes. It went swimmingly well. “Kevin was delightful, absolutely delightful,” recalls Cox. He was not surprised. But it was Raimi’s flustered reaction afterwards that proved amusing. “I came back to my trailer and he sort of burst in and said, ‘Well, what happened?’ I said, ‘What do you mean what happened?’ He said, ‘With Kevin? What did you do?’ I said, ‘What do you mean what did I do?’

“He said, ‘Well Kevin was so – so natural with you. So there’s no ­problem?’ I said, ‘You know, Sam. Have you ever thought of just treating Kevin as an actor and not as a movie star? Because you will get more out of somebody because that’s all he is’.” 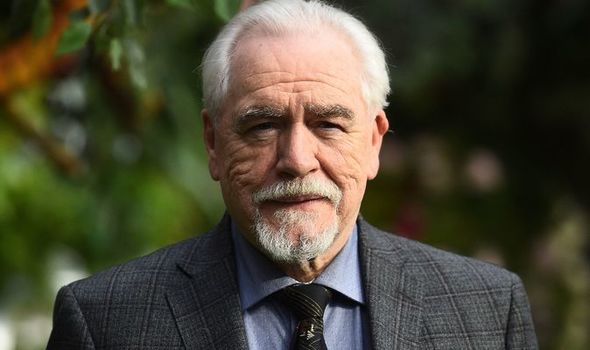 In recent months, Cox has led a quieter life at home during lockdown amid the Covid-19 pandemic. He contracted coronavirus, but fortunately only a mild form, and has been working on smaller projects while the larger industry ground to a halt.

One film ready to go is psychological mystery The Bay of Silence, due to be released digitally at the end of the month. Cox plays Milton the shadowy father of Rosalind, played by Quantum of Solace Bond girl Olga Kurylenko, whose whirlwind ­marriage to Will – Dracula’s Claes Bang – unravels after she gives birth.

“It’s an old-fashioned thriller,” Cox says of the Hitchcock-esque plotline that delves into sexual abuse and past trauma. He was brought on to the project by his friend, Schindler’s List actress Caroline Goodall, who adapted the screenplay from the book of the same name.

“Milton is a machinator, he’s a fixer-upper,” says Cox. “He puts ­people together and he puts things together. He’s also an observer of human nature and he kind of gets off on that a little bit. He’s sort of voyeuristic.”

It’s a shadowy part of the type he excels in. He attributes his flair for heavyweight roles to his looks.

“I can tell people are nervous of me but that’s not just to do with Logan,” he says. 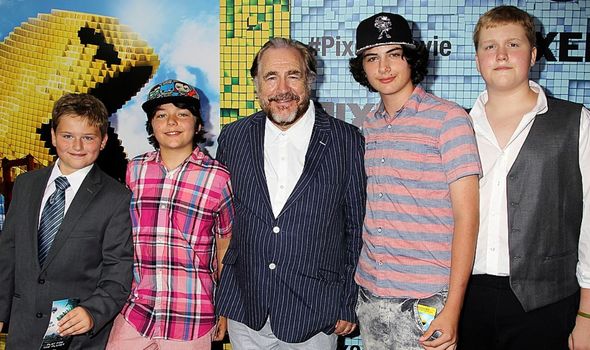 “I’ve had that as well in the past because I look gruff and I have the ability to look more miserable than anyone I know.”

A brief pause follows. “No that’s not true, one of my best friends beats me on that,” he quips. “He looks even more miserable than I do.”

What is new is his recent arrival as a heart-throb. Not bad for someone in his seventh decade, I say.

“This is what’s happened – I’ve suddenly become this sex symbol,” he laughs. “But I’ve always thought I was a sex symbol but a very quiet one, an undeclared one.”

Nonetheless, there is one person at home delighted by the upsurge in female attention.

“My wife is very pleased I’m ­suddenly found attractive on my own,” Cox says emphatically. “She loves it. She’s very happy about it.”

If he wins an award tomorrow at the 72nd Primetime Emmy Awards, this year’s event being held virtually without audience or stars in attendance, he’ll be thankful.

But his perspective will remain firmly intact, he insists. “You treat them with respect but they’re not the be-all and end-all of what we do,” he says of the gleaming statuettes. “I like to work, it’s my reward for what I do and I feel blessed that at my age I am still working away.” 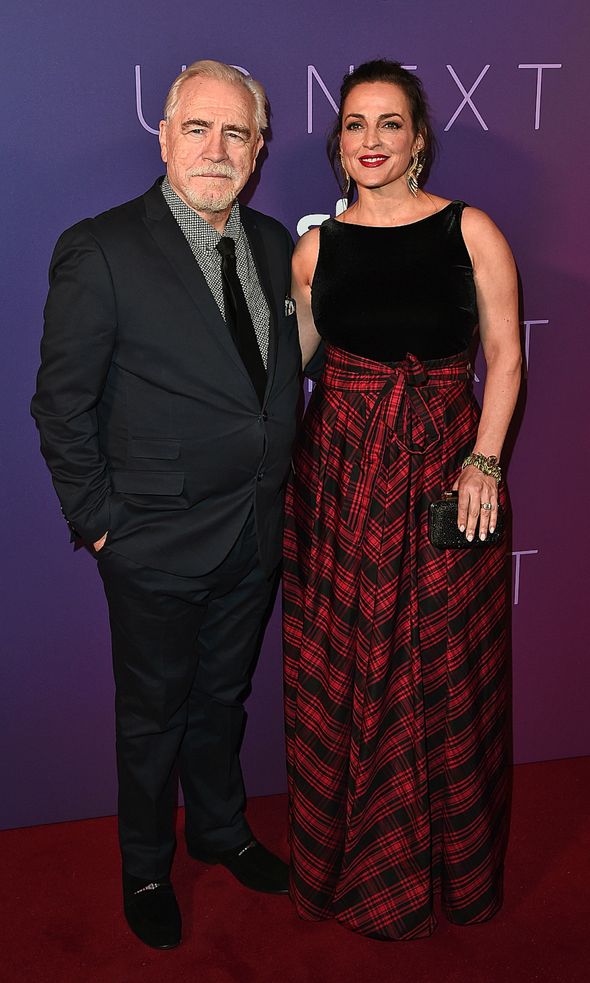 Cox has spoken memorably in the past about his poverty-stricken upbringing in Scotland and how it has framed his approach to life. His mother had a nervous breakdown after his father’s death from cancer and was subjected to electro-shock treatment.

He was largely raised by his three older sisters, including the eldest Betty who is now 90 and lives in a care home near Aberfeldy in the Highland Perthshire.

Cox says: “My childhood was a fraught one. I didn’t realise how much but my sisters around me realised that my mother was not there because she was ill, poor woman, and my father had died.

“But I didn’t feel any sense of loss you know – apart from the loss of my dad – which was a big thing and then also my mum’s illness and watching her become this very skinny little creature.

“It was a little daunting for an eight-year-old boy. But my sisters are great and I’m very grateful to them.”

After lockdown eased, he was able to visit Betty in her care home. He described her as an out-and-out ­royalist, one reason why he was happy to accept a CBE in 2003 for services to drama, although he’s not keen on adding another gong.

Succession season three may be on hold until the pandemic lifts enough for production to proceed but Cox is enjoying the proverbial limelight and can’t wait to get back to being Logan Roy.

“I’ve spent a lot of my career ­playing parts that you kind of have to create or fill in, you know,” he adds. “And that’s what I like about them.”