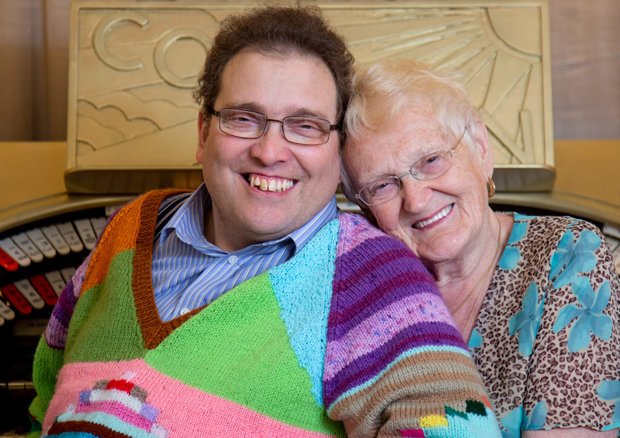 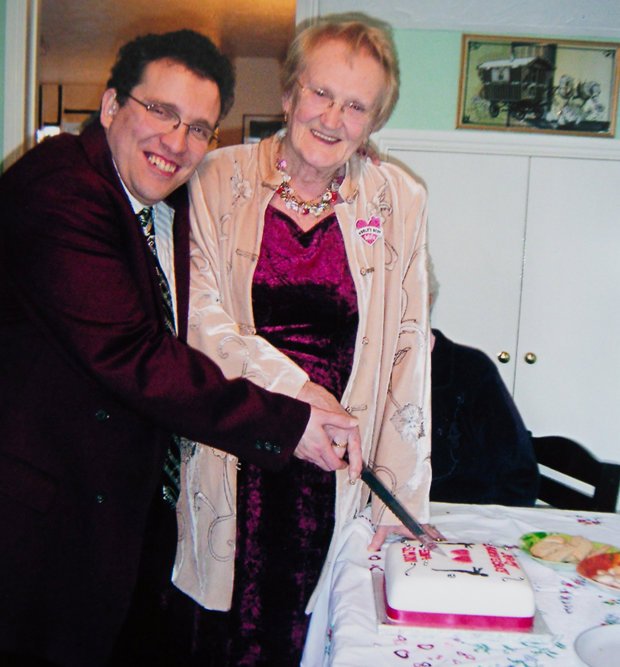 The pair exchanged letters and phone calls in the following months and occasionally ran into each other at organ concerts around the UK.

Edna recalled: “We both share a passion for organ music and moved around in similar circles.

“I kept hearing about this ‘funny little man’ named Simon Martin and I thought our paths will have to cross at some point.

“Eventually we were introduced by a friend and after a polite chat I kissed him on the cheek.

“Then he embraced me and I said to our mutual friend ‘He likes hugs, doesn’t he?'”I thought at that moment ‘I don’t want to let him go?’

“Before we were together he would talk to me for five hours at night over the phone and when he came to stay he would play Goodnight, Sweetheart on the electronic organ every single night.

“I cried every time.” 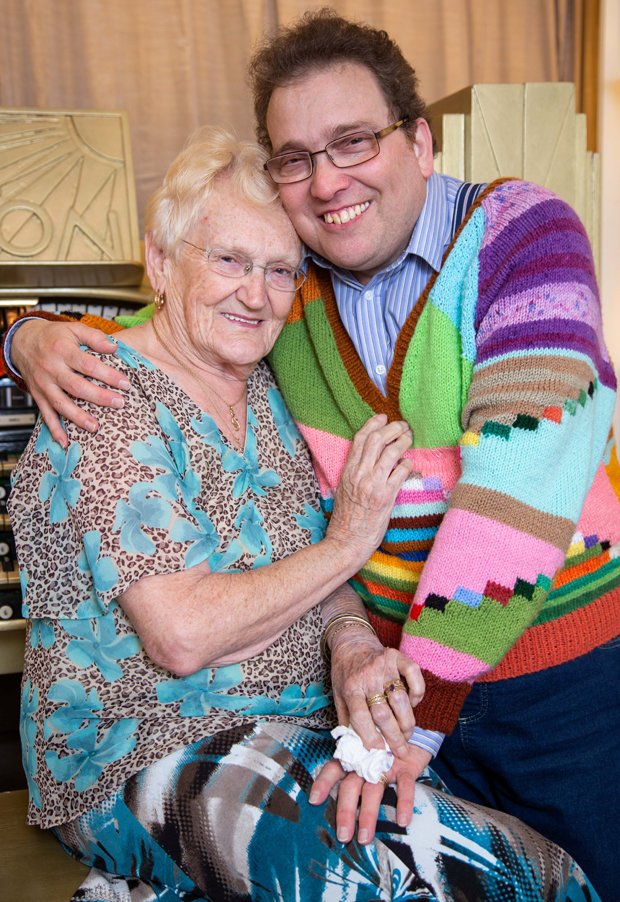 After weeks of sparks flying, they confirmed their romance by kissing beneath Weston-super-Mare pier after a concert.

The couple dated for months, before going public with their relationship in 2005.

Even though trolls criticised the pairing, Edna and Simon later tied the knot.

They have since enjoyed 16 years together – and love each other more than ever. 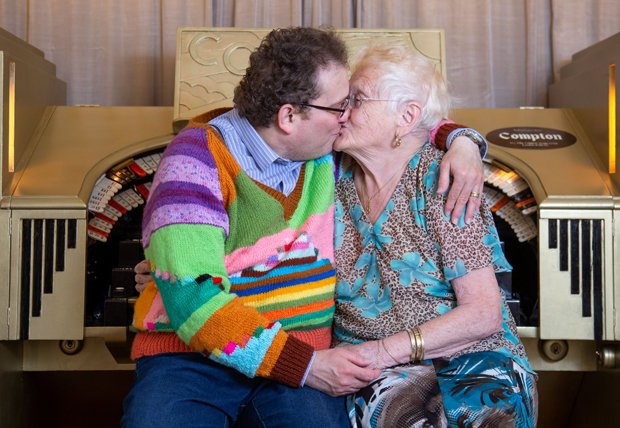 The pair’s sex life also hasn’t waned, even though Edna is 83-years-old.

She revealed: She said: “We are still intimate in the bedroom as much as any couple in love.

“We’ll often stop in the street and have a damn good kiss – I’ve never felt conscious of the age gap in public.

“I kiss Simon’s neck and pinch his bum in the supermarket – he will twang the back of my bra in the queue.

“We just do what two people in love do.”

The gran-of-four added: “We love each other more than before – the love has grown over the years, it’s absolutely wonderful.

“Simon has had his health problems and I’m getting older now, but do you know anyone who is getting younger?

“Simon had a kidney transplant four years ago and has been diagnosed with type two diabetes so I have to feed him right.

“I have a push along walking thing as I struggle with my mobility but as one gets older these things happen.

“We support and love each other – life couldn’t be better.

“Our love gets bigger and bigger all the time.”

The survey of 2,800 revealed the vast majority of people aren’t bothered by other people’s partnerships.

After we asked: “Do you agree with age gap love?”, the voters said: