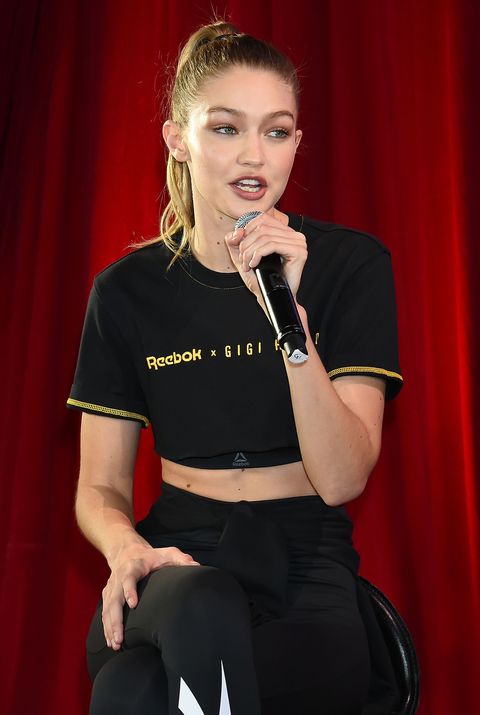 Gigi Hadid would like all of the people who say that she doesn’t deserve her success to kindly get a reality check.

While speaking at an event on Friday, Gigi addressed critics who think that she only got to where she is today because of her privileged upbringing. (Reminder: her father Mohamed Hadid is a very successful real estate developer, and her mother Yolanda Hadid is a former model and used to be on The Real Housewives of Beverly Hills.) According to the Daily Mail, Gigi said:

In addition to pointing out her own work ethic, Gigi mentioned that she knows the kind of people who only got to where they are because of nepotism, and that she doesn’t think very highly of them. She said, “I’ve worked with them, they suck.” Yikes.

So what we’ve learned today, friends, is that Gigi does not like people undermining her accomplishments (understandable!), and that if you ever get the chance to work with her, you better bring your A game.