Ready for a WWE baby? John Cena and wife Shay Shariatzadeh’s romance has been heating up nearly two years after getting married, and now they are contemplating their next step.

“He said for so long that he didn’t want kids but now he’s warming to the idea more and more,” a source exclusively reveals in the new issue of Us Weekly about the former wrestler, 45. “They’ll go with the flow but it’s different with Shay, he feels wiser and more ready for the responsibility. It’s something they’d both love, for sure.”

The Blockers actor — who wed the 33-year-old Canada native in October 2020 — has previously been candid about whether or not he sees tiny wrestlers in their future.

“It’s hard work to balance the time I need to run myself correctly,” Cena revealed during a January appearance on The Drew Barrymore Show. “It’s work to be the best partner and husband I can be to my loving wife. It’s hard to keep connections with those in my life that I love. And it’s also hard to put in an honest day’s work.”

WWE Babies! Athletes Who Have Started Families Over the Years

While host Drew Barrymore proclaimed that the Playing With Fire star is “great” with children, he noted that he wasn’t sure if fatherhood was meant for him. “You have to have passion for it. You have to have fuel for it,” Cena said. “It’s like saying to someone, ‘Man, you know, you’re pretty good with your hands, you’d be a great carpenter,’ but if I want to be an actor, I’ll be an actor.”

The professional athlete and Shariatzadeh were first linked in March 2019 before getting married one year later in an intimate Tampa, Florida, ceremony. Earlier this year, the pair renewed their vows in the engineer’s hometown of Vancouver, Canada. 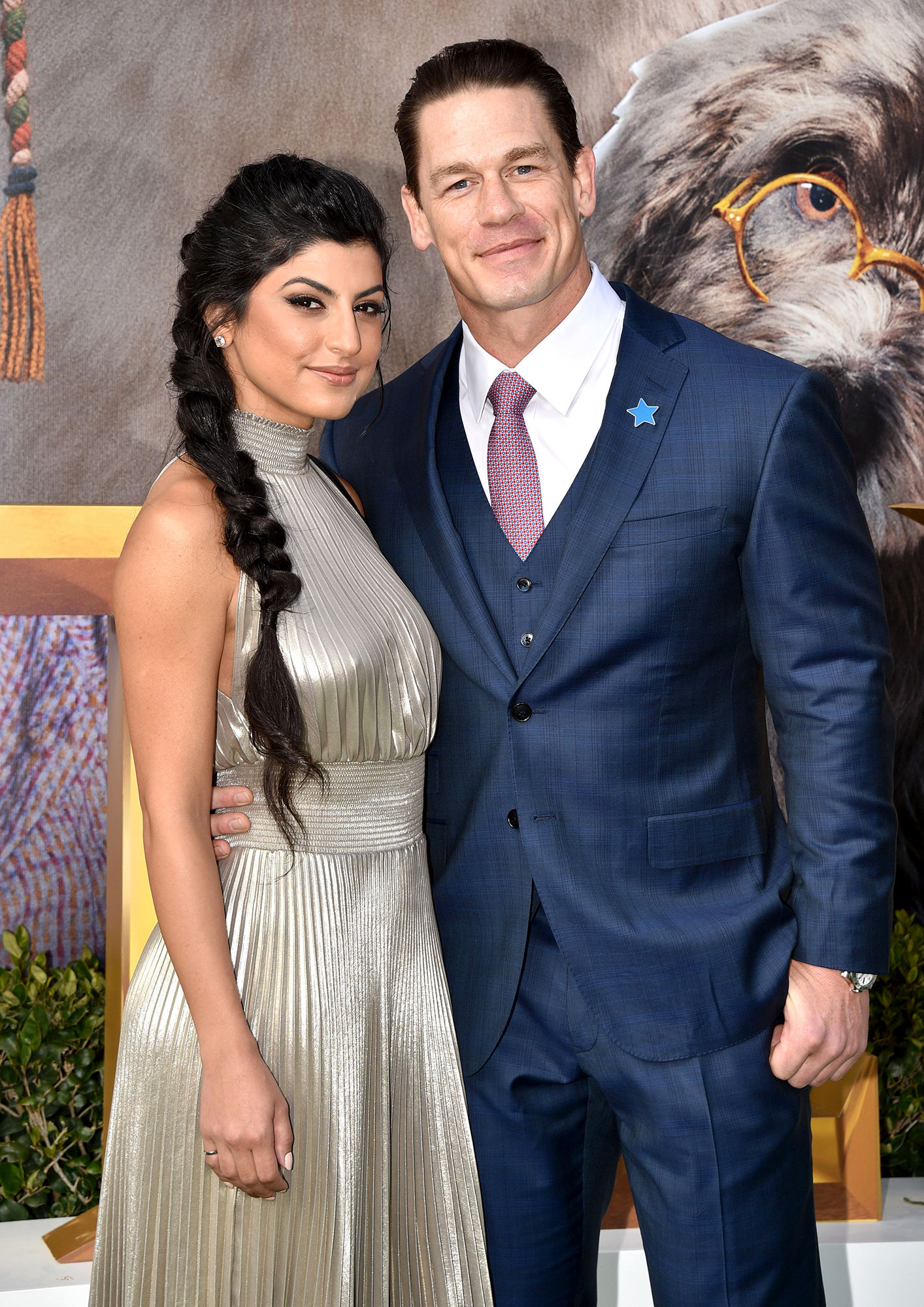 “John and Shay didn’t have a proper ceremony the first time out, it was a deliberately private affair because they wanted to do it with the minimum of attention of fuss,” the insider reveals of last month’s celebrations. “This time was different though, they booked out a beautiful place and made it a very special occasion.”

Shariatzadeh, for her part, was “very touched” that her spouse wanted to say “I do” in her native country. “That was very special to her and they’re just so in love and grateful to have found each other,” the source continues.

Celebrity Couples Who Got Married in Secret

Before his romance with Shariatzadeh, the WWE alum was engaged to Nikki Bella before they called off their engagement in 2018. At the time, they disagreed over their intentions to start a family.

“Relationships are hard. Don’t ever think that love is easy. Love is beautiful, but [Nikki and I have] had to come to the realization after being together for five years that love is not easy,” Cena previously told Us in March 2018, one month before their breakup. “I would never ever want Nicole to be in a position where she says, ‘I’m holding you back from doing this because I feel it’s wrong for us.’ And I would never say that to her. That’s why she’s super busy and sometimes we don’t see each other for months at a time, but when we do see each other, it’s our time together.”

The Total Bellas alum, 38, has since moved on with fiancé Artem Chigvintsev and they welcomed their first child, son Matteo, in August 2020. Cena, for his part, has also been happy in his new relationship.

“I can say with great confidence I’m extremely happy,” the Bumblebee star — who was previously married to Elizabeth Huberdeau — said of Shariatzadeh during a November 2019 interview with the Today show. “Every experience in life is a chance for us to know who we are and who we’re not and just because I went down one avenue in life doesn’t mean that I’m going to repeat going down that avenue. If there’s a learning experience for me, and a takeaway for me, it’s OK to be who you are and it’s OK to establish boundaries.”

For more on Cena and Shariatzadeh’s romance and family planning timeline, watch the exclusive video above — and pick up the newest Us Weekly issue, on newsstands now.