In a nutshell, men should start eating more almonds.

A recent study has found that consumption of tree nuts – almonds, hazelnuts and walnuts – can cause changes in the quality of sperm.

The study used 72 healthy male participants who reported following a “Western-style diet,” which typically consists of red meat and processed foods. Diet has been considered one of the lifestyle and environmental factors that effects sperm quality by researchers over the years. 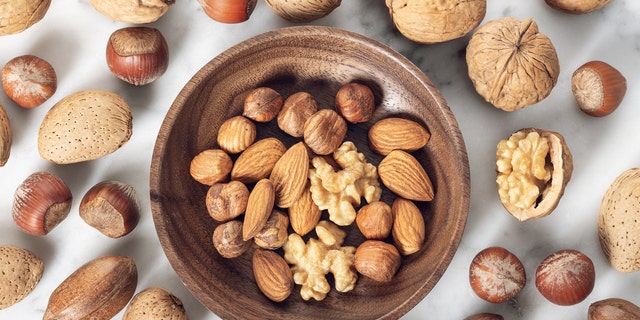 The "nut group" incorporated almonds, hazelnuts and walnuts into their diets for 14 weeks.
(iStock)

In the “nut group,” which was randomly selected, the 48 participants were asked to consume 60 grams (roughly 2 ounces) of tree nuts each day for 14 weeks.

At the end of the trial, it was found that those who integrated the nuts into their diet had 36 genomic regions of their sperm DNA show methylation – the biological process essential for normal development – that was “significantly different” from the control, with 97.2% of those regions “displaying hypermethylation.”

According to the researchers, the findings “provide the first evidence that adding nuts to a regular Western-style diet impacts sperm DNA methylation in specific regions.”

"This work demonstrates that there are some sensitive regions of the sperm epigenome that respond to diet, and which can result in changes in sperm and in its ability to fertilize,” said lead author Albert Salas-Huetos said via a press release.