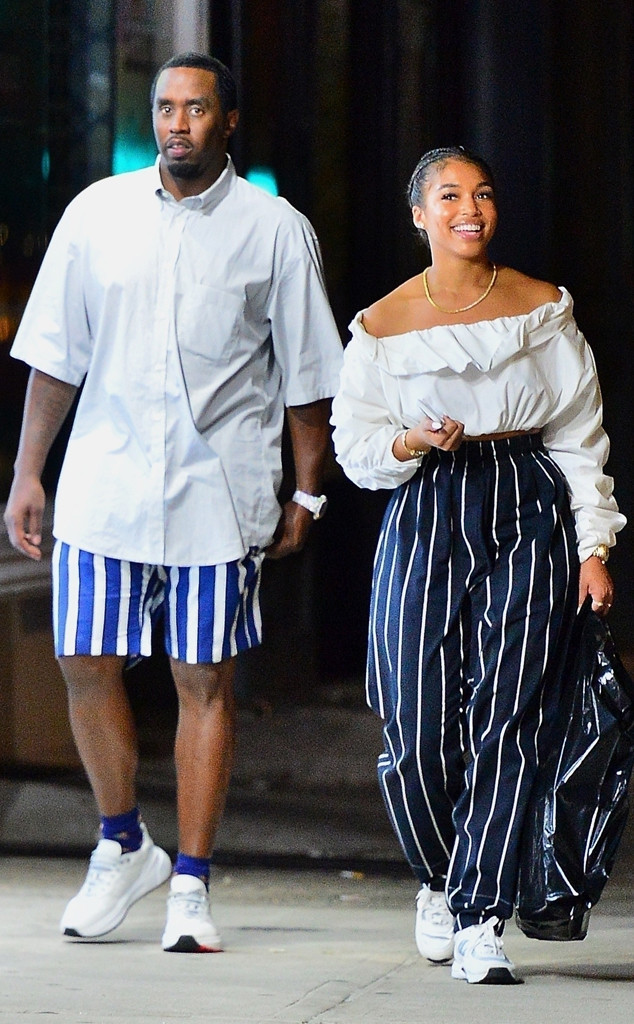 “Him and Lori had a fun fling but Diddy is still healing and focusing on himself right now,” explains our insider. “He is not ready to be in a long-term committed relationship and is focusing on his kids right now.”

Diddy, 49, and Lori were first romantically linked over the summer. In August, the duo enjoyed a PDA-packed vacation on Italy’s Amalfi Coast with a group that even included Steve and Lori’s mom. An eyewitness described one of Diddy and Lori’s cozy outings on the trip, sharing, “He was whispering in her ear and kissing her cheek from time to time. She had her arm around him and was stroking his ear and kissing him.”

The couple was last photographed together last month in Cabo San Lucas, but breakup rumors began picking up speed after multiple outlets reported Lori had unfollowed Diddy on Instagram.

And in recent photos published by The Shade Room, Diddy is seen grabbing dinner with Gemini Man star Nicole Olvera.

Prior to her relationship was Diddy, Lori was previously linked to his the star’s son, 25-year-old Justin Combs. She was also close to Diddy’s famous ex Kim Porter, who passed away in Nov. 2018.

Look back at photos from Diddy and Lori’s Italian getaway in our gallery below: 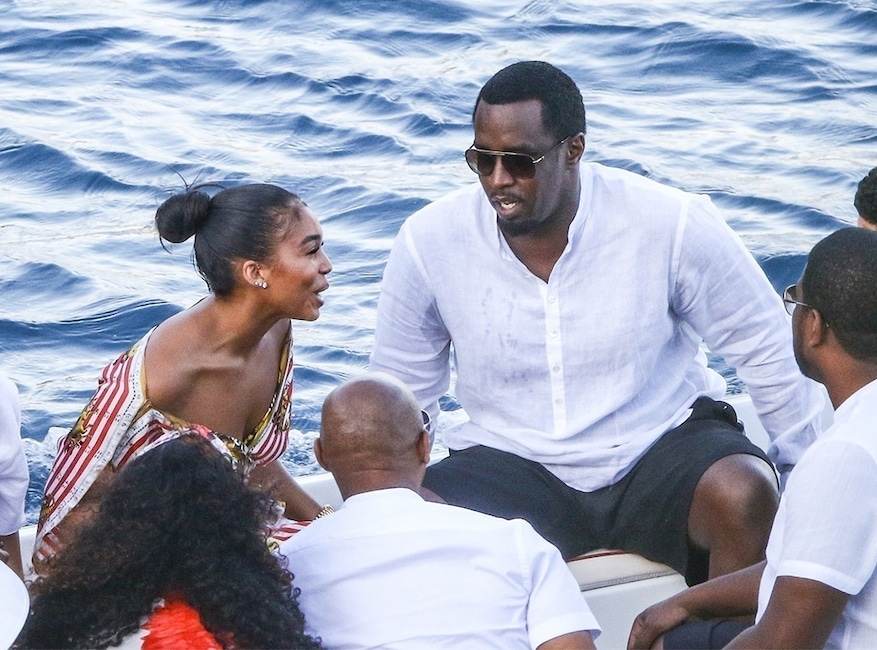 “On Saturday afternoon they had a beautiful lunch at La Conca del Sogna in Nerano,” a source tells E! News. “They took a small boat to get to the private restaurant cove and spent several hours eating great food and admiring the views.” 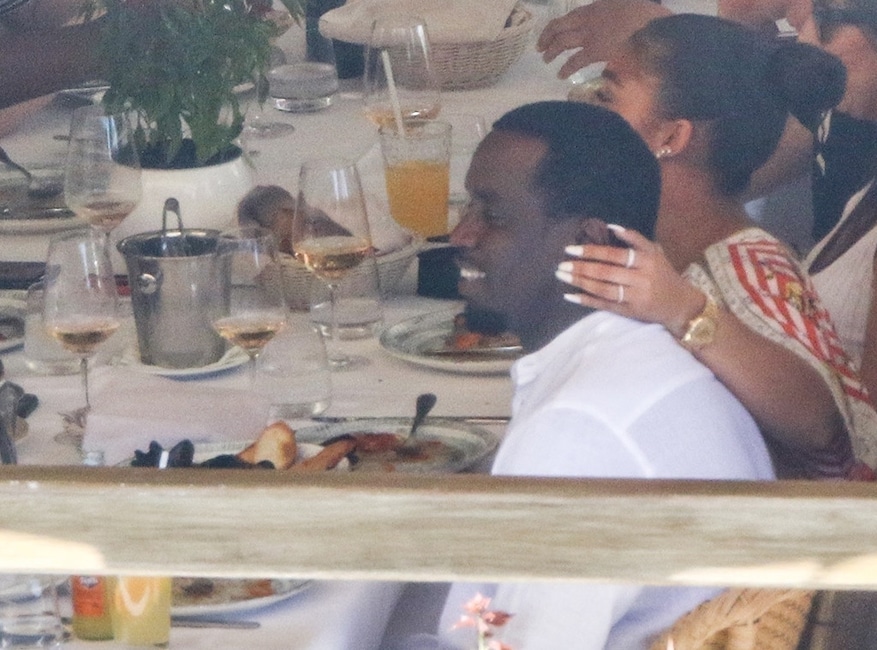 “She had her arm around him and was stroking his ear and kissing him,” the source shares.

“He was whispering in her ear and kissing her cheek from time to time,” the insider says of Diddy. 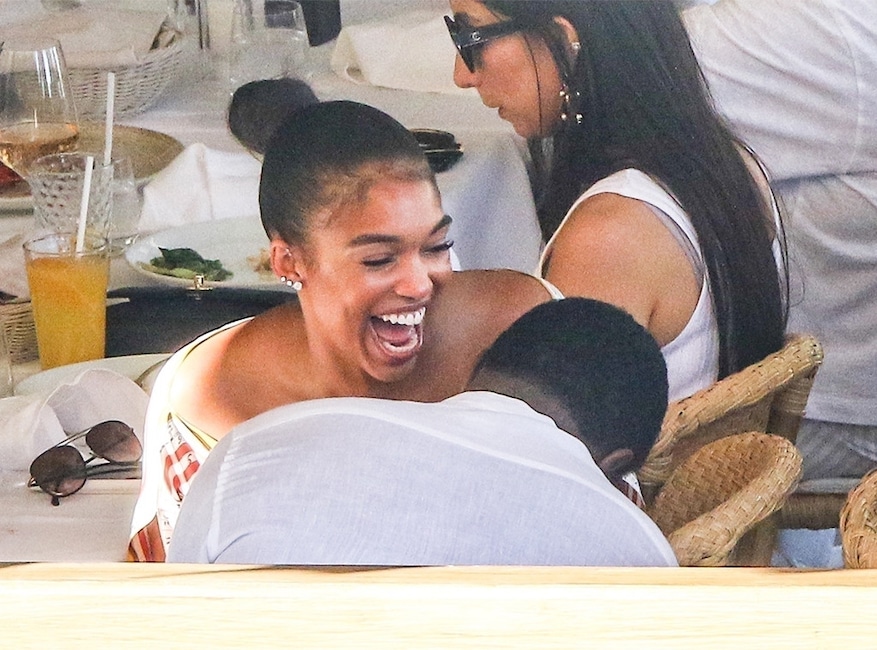 The rumored couple was spotted laughing together during their trip. 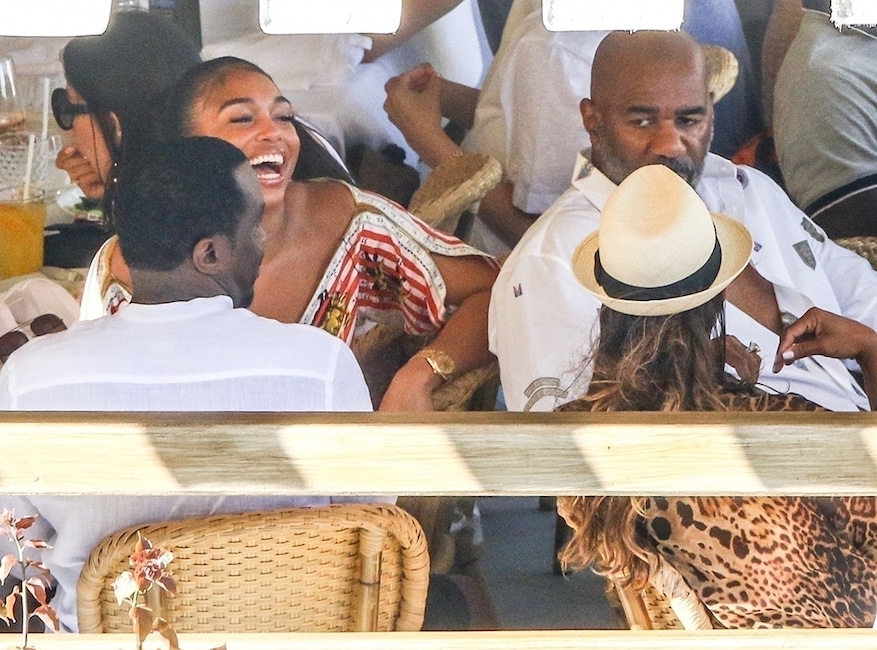 Diddy and Lori spent time with her parents, including stepdad Steve Harvey. 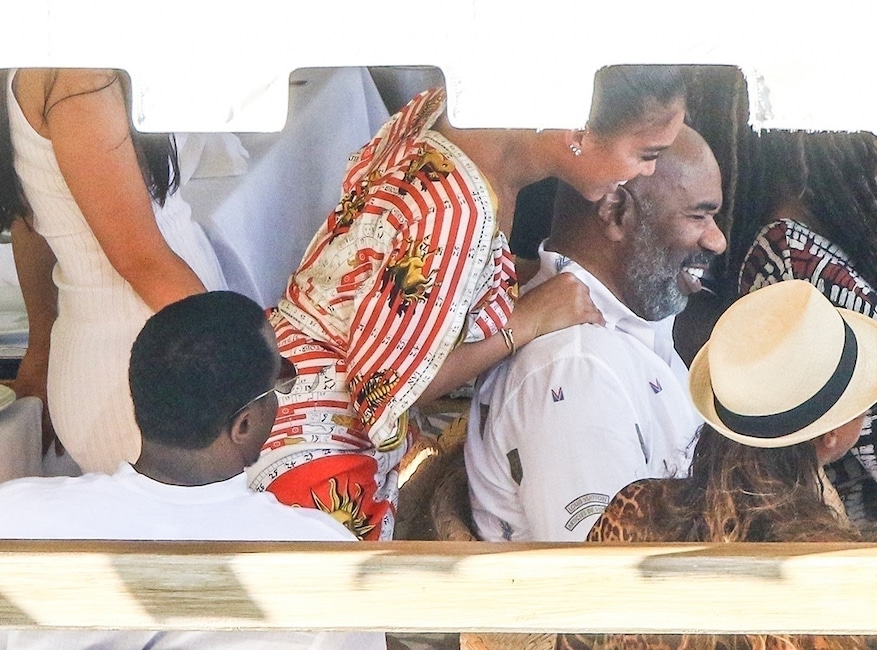 Lori was spotted sharing a laugh with her stepdad at the restaurant.