Dentists blast Coca Cola’s annual truck tour for eroding teeth – but fans are complaining that this year’s schedule has been cut back (so, will your area be getting a visit?)

Dentists have blasted Coca Cola for continuing its annual Christmas truck tour, despite the impact of fizzy drinks on teeth.

The British Society of Paediatric Dentistry (BSPD) took to Twitter to bemoan the start of the truck tour, which kicked off at the weekend.

However, the post attracted just eight likes among a flood of complaints from fans that this year’s tour has been curtailed to 19 stops.

Coca Cola reduced the number of locations its truck visits last year, after health campaigners protested over its sugar content. 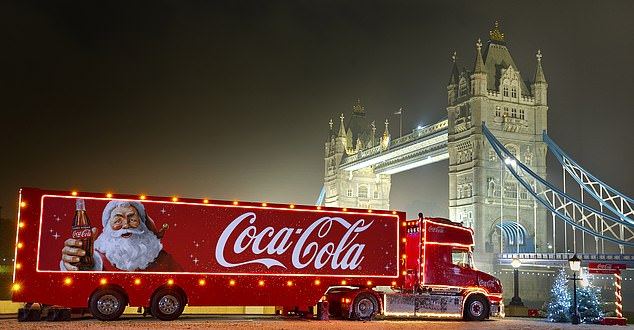 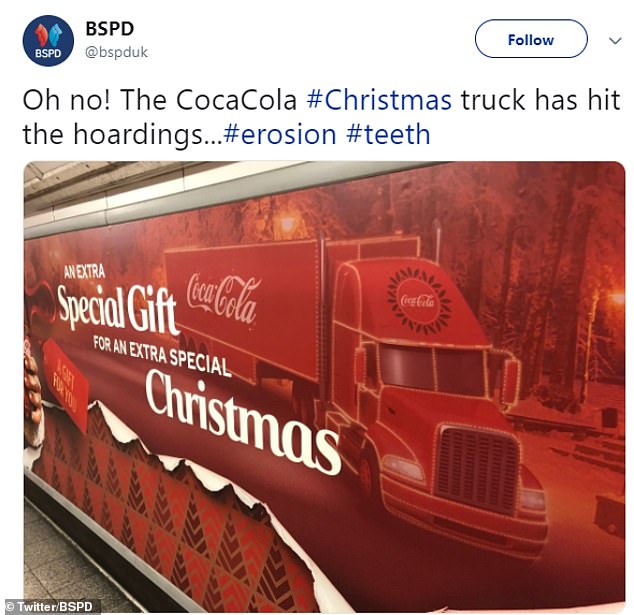 Complaining about the continuation of the festive tour, BSPD captioned a photo taken of Coca Cola truck,’ Oh no! The Coca Cola Christmas truck has hit the hoardings… #erosion #teeth’

A number of other Twitter agreed that there’s nothing festive about cavities.

‘Get your teeth rotted in time for Christmas… Coca Cola truck is coming to Wales this weekend,’ wrote one.

Another said: ‘The Coca Cola truck is going to Gainsborough again. Because peole with fewer teeth than the national average really need sugary s*** to rot out the rest of them’

Coca Cola has been criticised on a number of occasions, with a 330ml can containing 35g of sugar, while the NHS recommends that adults shouldn’t have more than 30g of free sugars a day.

Is the Coca Cola truck coming to your town?

Despite backlash, a flood of social media users have blasted Coca Cola for not touring their truck to a wider range of locations.

One person wrote: ‘Well done Coca Cola, your team have excelled again this year. Only one Scottish town, Holidays are coming but not to Scotland unless you live near the capital city. Poor show.’

Another said: ‘One date and place for the Midlands? That’s really bad! You could have at least made it Birmingham, Leicester or Nottingham’

A third added: ‘Only one place in Scotland but going to London six times. Why no Glasgow event like previous years?’