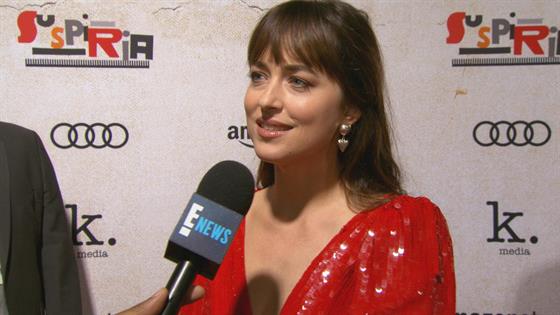 Dakota Johnson decided to bring someone very special along to her movie premiere of Suspiria. No, not her boyfriend Chris Martin, but someone else very near and dear to her heart, her grandma!

“I’m really happy she’s here,” Dakota told E! News on the red carpet. The leading lady comes from a line of talented performers, from her parents Don Johnson and Melanie Griffith, to her 88-year-old grandmother, Tippi Hedren. Tippi is a Golden Globe-winning actress and successful fashion model who received world recognition for her work in Marnie and The Birds, so you could say she knows a thing or two about acting.

“I haven’t told her what the movie is yet, and I don’t know if I’ll have time to catch her before she comes in, so we’ll see what happens. She’s my toughest critic,” Dakota shared before the screening.

This isn’t the first time Dakota has brought family members as her date to a red carpet. The How to Be Single premiere was a family affair with both mom and dad joining her to celebrate the film in 2016. 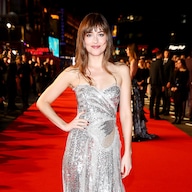 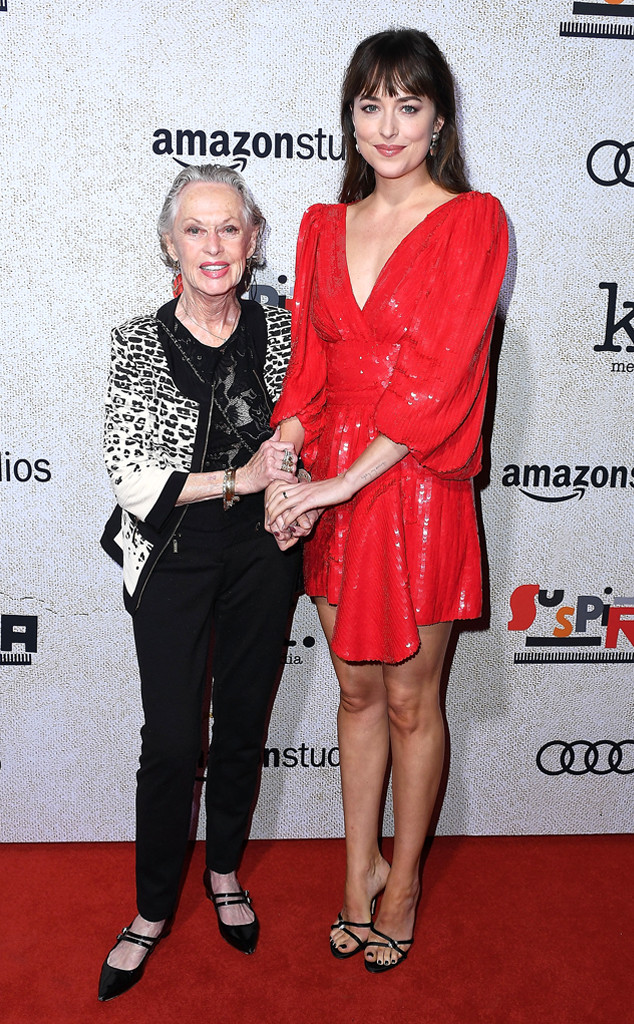 In horror flick Suspiria, the 29-year-old starlet plays a young American dancer, Susie Bannion, auditioning at a dance company in Berlin that is secretly run by witches. The 2018 movie is actually a remake of the original Italian supernatural thriller from 1977.

The People’s Choice winner watched the original version when the director first approached her about the movie. “It blew my mind. I understood how it had influenced so many filmmakers that I love, that influence me, so it kind of like exploded this whole world of cinematic knowledge to me,” Dakota revealed.

A lot of dance training was required for Dakota to play the role of ballerina Susie in the film. When asked if she would continue with dancing after the project wraps, she teased, “I silently boogie in my house, but I do not dance in like a class environment.” 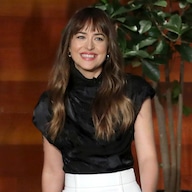 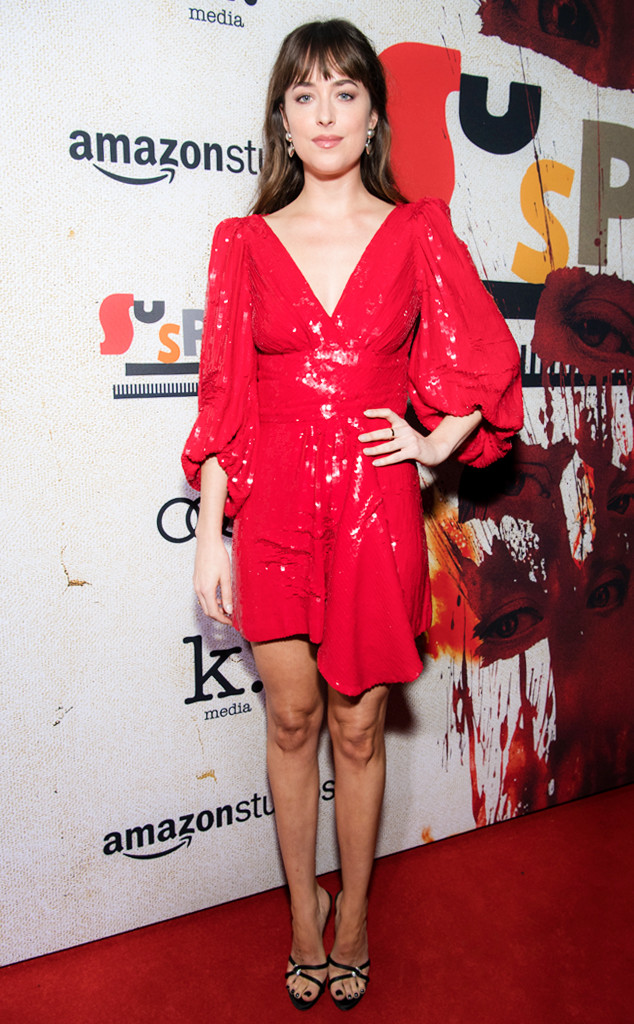 On the topic of terror, Dakota admitted that two things she personally finds scary are the news and reality TV. Still, Halloween is one of her favorite holidays and she looks forward to celebrating.

Watch the video above to find out what her plans are for the holiday and what costume her baby god-daughter is sporting on the spooky day.

Suspiria is in theaters Oct. 26.