‘Be a lady, they said’: Cynthia Nixon goes viral with a powerful video that highlights the contradictory messages women are given about the way they should look, speak, and behave

A new video of Cynthia Nixon reciting the countless contradictory messages that women face has given social media users ‘chills,’ with thousands applauding the ‘powerful’ and ‘necessary’ clip.

Cynthia, 53, recorded the video for Girls. Girls. Girls. Magazine, speaking dramatically in front of the camera about all the things women are told to do and be in order to ‘be a lady.’ 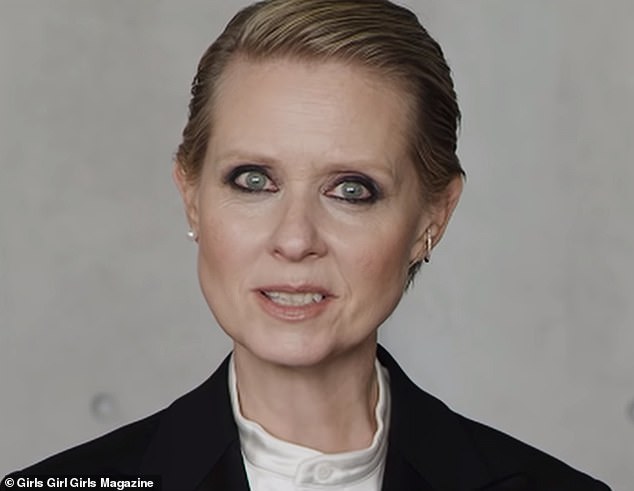 While it was created by Girls. Girls. Girls. Magazine, the words were actually adapted from a December 2017 essay by Camille Rainville called ‘Be a Lady They Said.’

But Cynthia’s reading has brought a wider audience to the essay, as the Sex and the City star lends gravity to the already-poignant words.

‘Be a lady, they said,’ she beings, while videos and images from pop culture, including film clips and fashion photoshoots, flash across the screen to illustrate the words.

‘Your skirt is too short. Your shirt is too low. Don’t show so much skin. Cover up. Leave something to the imagination. Don’t be a temptress. Men can’t control themselves. Men have needs.

‘Be a lady, they said,’ she goes on, while the video clips continue, showing everything from the Pope and Donald Trump to Regina George, Rachel McAdams’ character in Mean Girls.

‘Don’t be too fat. Don’t be too thin. Eat up. Slim down. Stop eating so much. Order a salad. Don’t eat carbs. Skip dessert. Go on a diet.

‘God, you look like a skeleton. Why don’t you just eat? You look emaciated. You look sick. Men like women with some meat on their bones.

‘Be a size zero. Be a double zero. Be nothing. Be less than nothing.’

‘Remove your body hair. Bleach this. Bleach that. Eradicate your scars. Cover your stretch marks. Plump your lips. Botox your wrinkles. Lift your face. Tuck your tummy. Perk up your boobs. 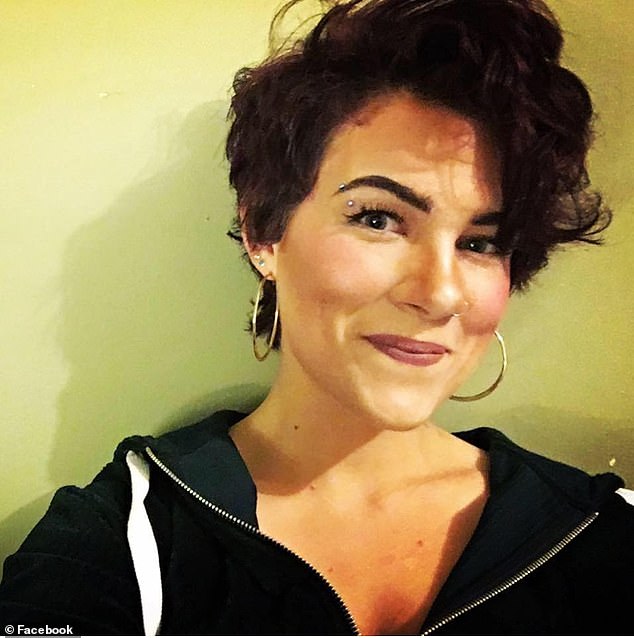 The writer: The words come from a December 2017 essay by Camille Rainville called ‘Be a Lady They Said’

‘Look natural. Be yourself. Be genuine. Be confident. You’re trying too hard. You look overdone. Men don’t like girls who try too hard.

‘Be a lady, they said,’ she repeats again.

‘Your hair is too short. Dye your hair. Not blue, that looks unnatural.

‘Don’t be a prude. Don’t be so up tight. Smile more. Pleasure men. Be experienced. Be sexual. Be innocent. Be dirty. Be the cool girl. Don’t be like the other girls.

Proud: Cynthia shared it on social media, saying she was ‘proud to be involved with this powerful film that has struck a chord with so many people around the world’ 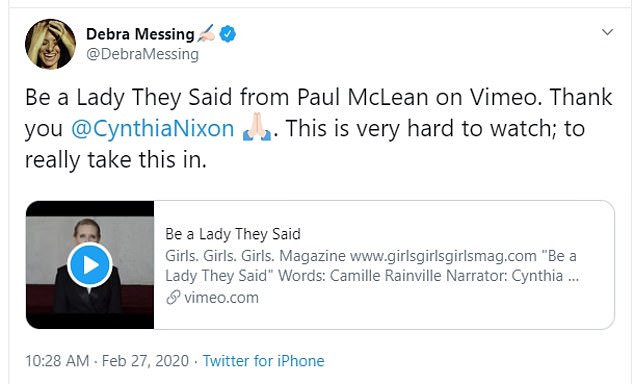 ‘Fold his clothes. Cook his dinner. Keep him happy. That’s a woman’s job. You’ll make a good wife some day.

‘Take his last name. You hyphenated your name? Crazy feminist.

‘Give him children. You don’t want children? You will some day. You’ll change your mind.

‘Don’t get raped. Don’t drink too much. Don’t walk alone. Don’t go out too late. Don’t dress like that. Don’t get drunk. Don’t smile at strangers. 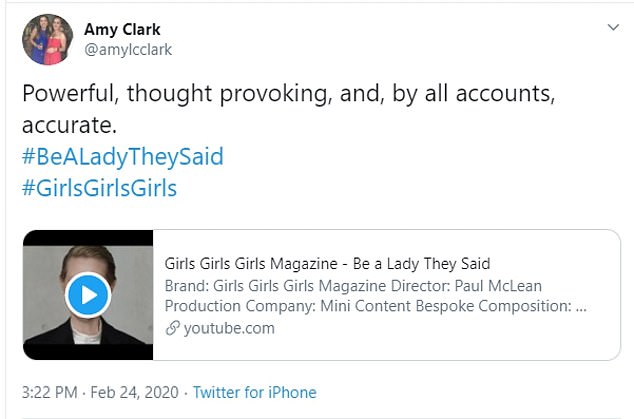 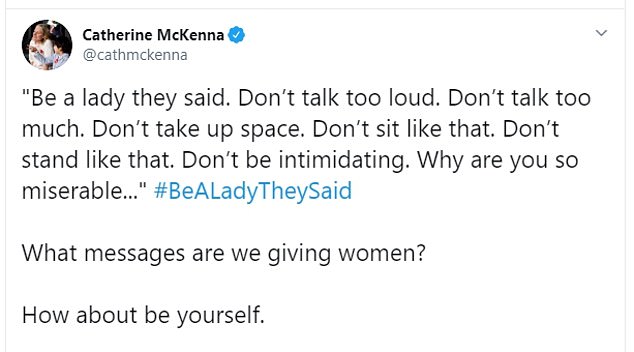 Moved: Commenters have called it ‘brilliant,’ ‘powerful,’ ‘amazing,’ ‘profound,’ ‘perfect,’ and ‘necessary.’ Several said it gave them chills and even brought them to tears

‘Don’t go out at night. Don’t trust anyone.

Since the video was released on February 24, it’s continued to earn attention on various social channels.

Several said it gave them chills and even brought them to tears.

‘Proud to be involved with this powerful film that has struck a chord with so many people around the world,’ Cynthia tweeted in response.