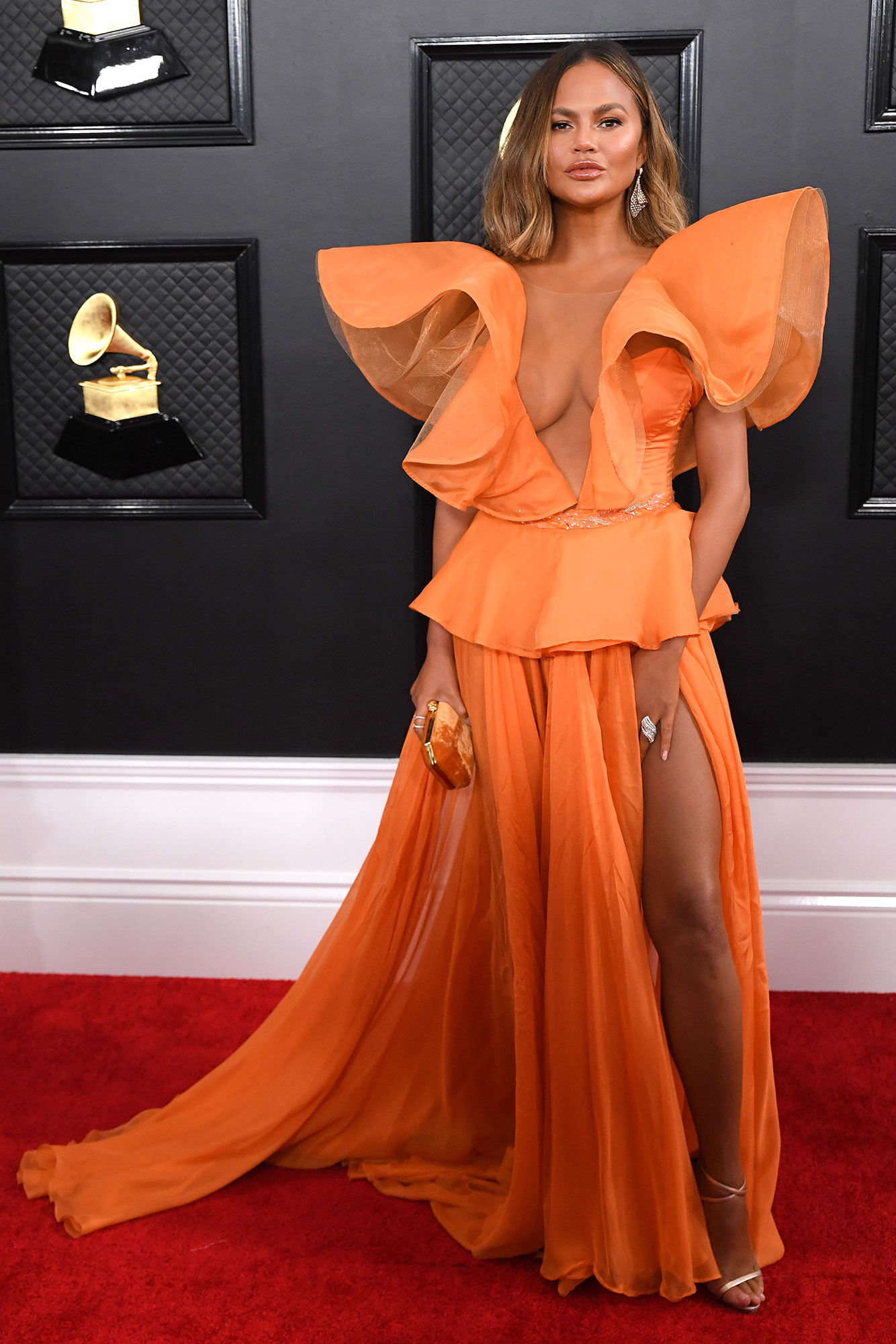 Setting the record straight! Chrissy Teigen put yet another Twitter user in their place after the naysayer took a shot at her successful cookware line.

Chrissy Teigen and Alison Roman: A Timeline of Their Drama

It all started on Wednesday, August 19, when a person who follows 34-year-old Teigen on Twitter remarked that the star’s Cravings knife was the “best” one she has ever owned. Teigen graciously accepted the compliment and replied: “Oh my that is very kind. I agree! I use it all day every day. I call it my tomato baby.”

The Chrissy’s Court host then followed up with another reply, adding: “We are also making the most beautiful knife block set that will be exclusive to my site. I am SO excited for the cravings dot com shop. So many things that are way overdue!”

That’s when the troll chimed in. “Ugh, more celebrities selling China made junk to the masses,” he wrote. “We don’t need anymore junk.”

Several users then defended Teigen and shared photos of items from her popular cookware line in use. “If the best skillet I have ever owed is junk, than junk me up and I’ll tatertot that casserole in my junk all the live long day,” one shot back.

The Bring the Funny judge, who is pregnant and expecting her third child with husband John Legend, is no stranger to others attacking her cooking skills and brand. In May, Dining In author Alison Roman took aim at Teigen’s Cravings label in an interview with The New Consumer. 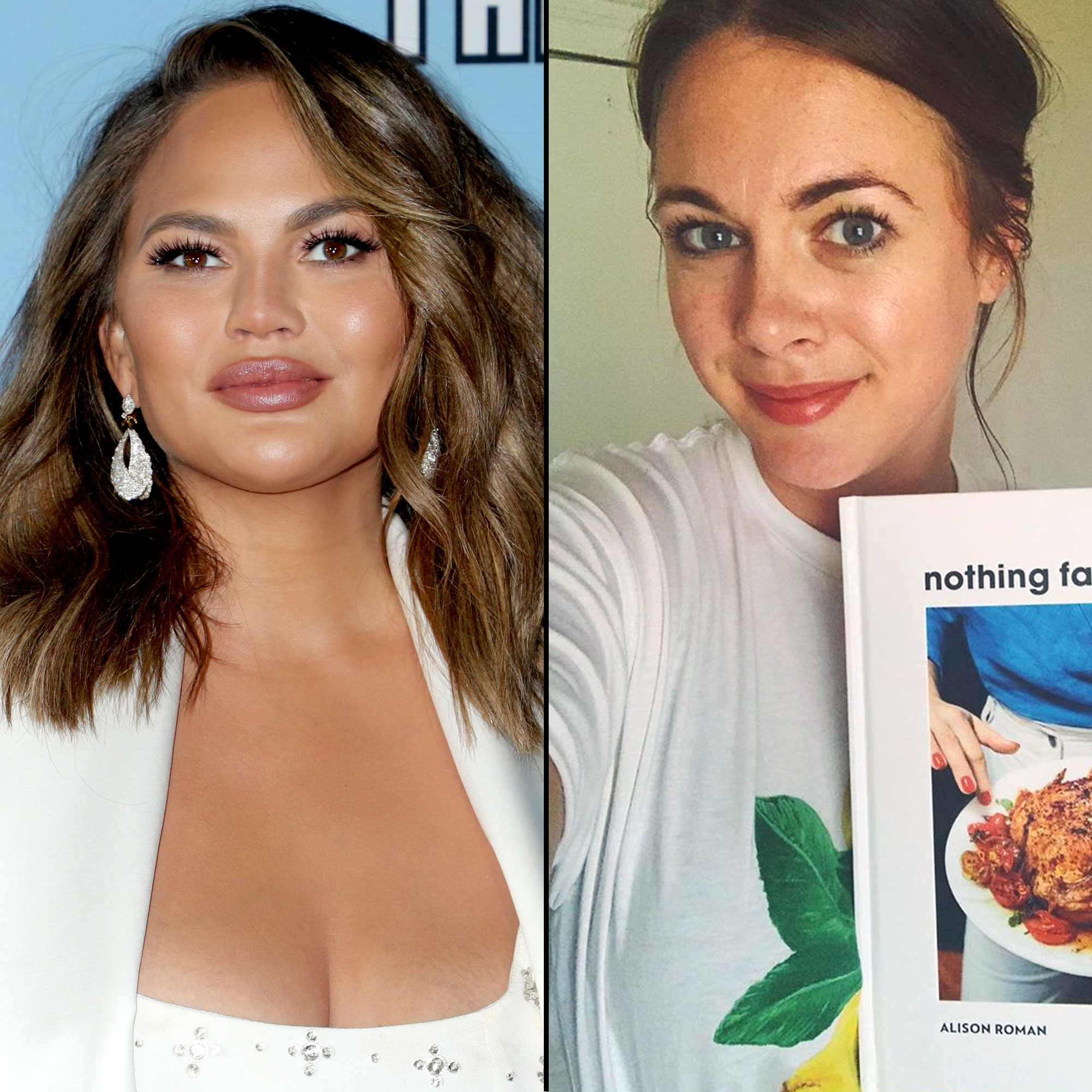 “What Chrissy Teigen has done is so crazy to me,” Roman, 34, said at the time. “She had a successful cookbook. And then it was like: Boom, line at Target. Boom, now she has an Instagram page that has over a million followers where it’s just, like, people running a content farm for her. That horrifies me and it’s not something that I ever want to do. I don’t aspire to that.”

Tegien eventually set the record straight regarding her brand. “There are many days I cry very hard because cravings, the site, is our baby we love to pump content onto. we do this work ourselves, and there is NO monetary gain yet. It is just work work work and the reward is you liking it. so to be called a sellout….hooooo it hurts,” she tweeted at the time. “This ‘farm’ you think of doesn’t exist. I am the farm. I am the cows the horses the pigs.”

Though Roman later apologized twice for her statements, which also attacked organizing pro Marie Kondo, the damage had already been done. While the Cravings cookbook author ultimately accepted Roman’s mea culpa, The New York Times confirmed to Us Weekly later that month that the Los Angeles native’s recipe column was on “temporary leave,” though no reason was given for the decision.

Despite frequent criticism, Teigen has steadfastly stood by her brand. She showed off her own personal Cravings cookware stash weeks after the Roman drama went down, and on Wednesday she used one of her own skillets to make a salmon and spinach dinner for her family. “I’ve used this a million times and not a scratch on it,” she explained on her Instagram Stories at the time. “This is the best non-stick on the planet. I have, like, actual real chefs writing me that this is better than any of other stuff that they get and that makes me so, so happy.”