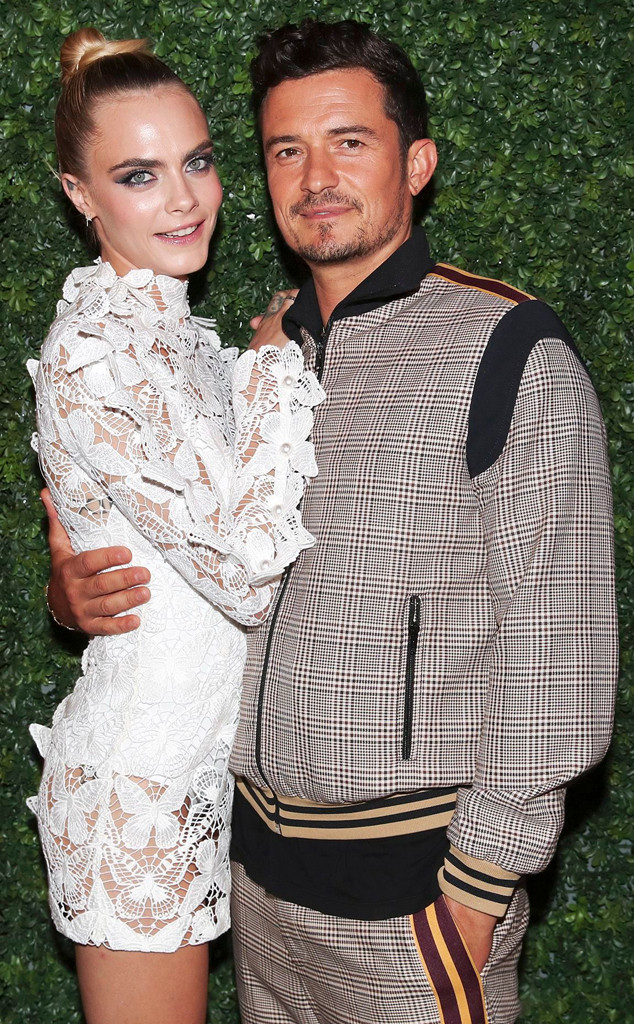 In a new video for Vanity Fair, posted on YouTube Friday, the Carnival Row co-stars grill each other about everything from pop music and Hannah Montana to Rihanna and Taylor Swift. The video shows Bloom taking on the lie detector first, answering questions from Delevingne, who asks him about the Hannah Montana song, “The Best of Both Worlds.”

When asked whether it’s ever been brought to his attention that he’s “name-dropped” in the song, Bloom replies, “No.”

A clip from the song is then played, and, to Bloom’s surprise, his name is mentioned.

“In that song, Hannah Montana sings, ‘Being famous is kind of fun,'” Delevingne tells Bloom. “Would you agree with that sentiment?”

When asked what’s the “best part” of being famous, Bloom shares, “Getting a table at a restaurant…last minute.”

After Bloom, it’s Delevingne’s turn to take the lie detector test! Check out the video above to see who Delevingne would rather be “trapped in the wilderness” with: Rihanna or T.Swift! Plus, find out if Bloom is really a fan of pop music!