Can you tell the £30 jacket from its £1,300 designer double? Asda unveils a VERY affordable take on Burberry’s luxe winter jacket – so can YOU tell which is which?

High street stores are constantly looking for ways to put their spin on designer pieces in order to keep up with catwalk trends, and now supermarkets are entering the game.

Asda has released a faux fur jacket in a trendy burgundy shade just in time for the colder weather, and it looks strikingly similar to a much more expensive option.

With it’s deep wine colour and large collar you would be forgiven for mistaking the coat for a near identical one by Burberry.

However, while the British designer is charging an eye-watering £1,290 for its piece you can snap up the George at Asda alternative for just £30.

But at 43 times cheaper than its designer dupe can you spot the high end from the high street? 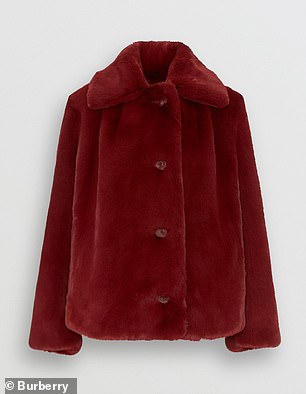 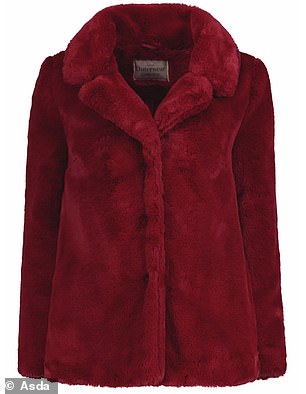 George at Asda has released a £30 burgundy jacket (right) that looks strikingly similar to one in the same shade by Burberry (left) costing £1,290

Both Asda’s and Burberry’s jackets are made from 100 per cent Polyester – although Burberry’s boasts a cotton lining.

The description for cheaper the jacket reads: ‘If you’re serious about soft feels and statement looks, this faux fur coat is simply a dream come true.’

‘The burgundy collared design keeps the chill at bay when temperatures drop, while upping your style game.’

The coat has already sold out in sizes 22 and 24 online so shoppers will have to be quick to snap it up. 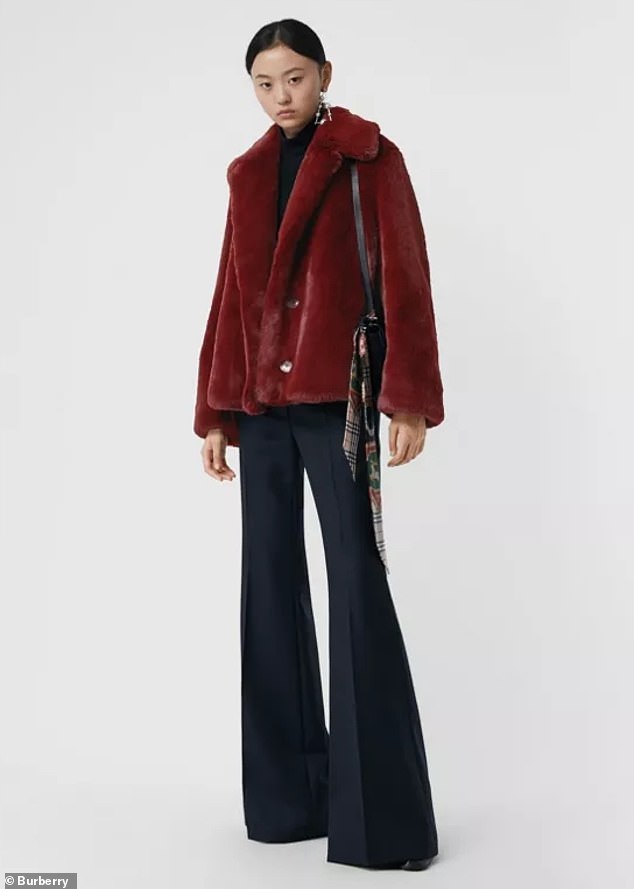 The Burberry jacket is described as: ‘A single-breasted jacket revised in sumptuously soft faux fur. Our Vintage check cotton lines the design.’

It also features four decorative buttons down the torso .

At more than 40 times the price the jacket hasn’t sold quite as many however, a size 18 is currently out of stock on the official website.

This is not the first time that the budget supermarket has produced a convincing designer copycat.

Last year the store unveiled a colour block jumper dress for a mere £18 that looked strikingly similar to a £1,295 designer piece by Roksanda – a brand worn by the likes of the Duchess of Cambridge, Michelle Obama and Samantha Cameron. 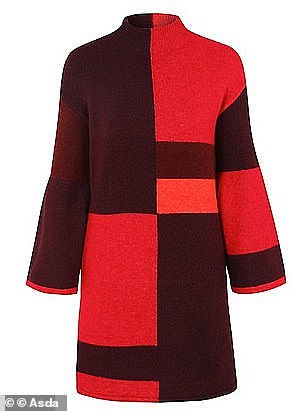 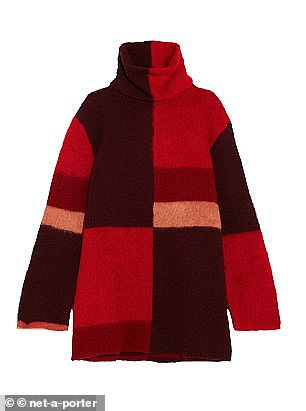 The expensive knitwear features the same red and burgundy colour block pattern as its discount doppelgänger.

It seems the only difference is the price, which Roksanda setting customers back a whopping £1,277 more for its creation.

The Asda jumper appears to be a homage to its designer lookalike, featuring an uncannily similar geometric pattern.

But the cheaper jumper has slightly brighter shades, making it stand out more than the Roksanda piece.