Camila Cabello is NOT pregnant, OK?

The 21-year-old “Havana” singer took to Instagram to shut down speculation that she’s expecting a baby with her boyfriend Matthew Hussey. The rumors started on Friday after Cabello posted a photo of herself with one hand placed on her stomach. “you’re still the only thing I did right,” Cabello captioned the social media snap.

In response, Cabello’s post was flooded with commenters asking if she’s pregnant, based on her hand placement. But Cabello’s fans quickly came to her defense, with one Instagram user writing, “Guys just because girly is touching her belly doesn’t mean she’s pregnant. Y’all calling her fat or pregnant makes her feel insecure. Shame on you.” 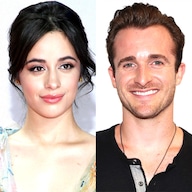 Camila Cabello Kisses Boyfriend After a Little Encouragement From Fans 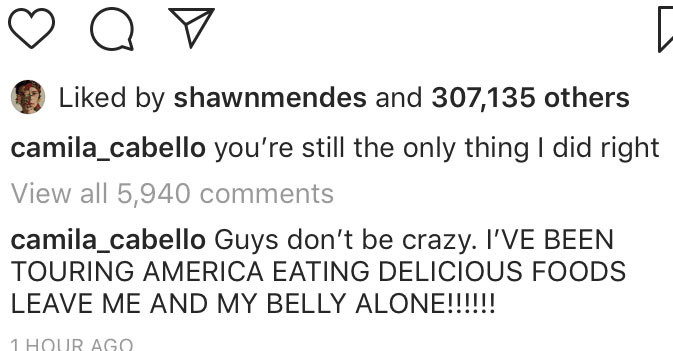 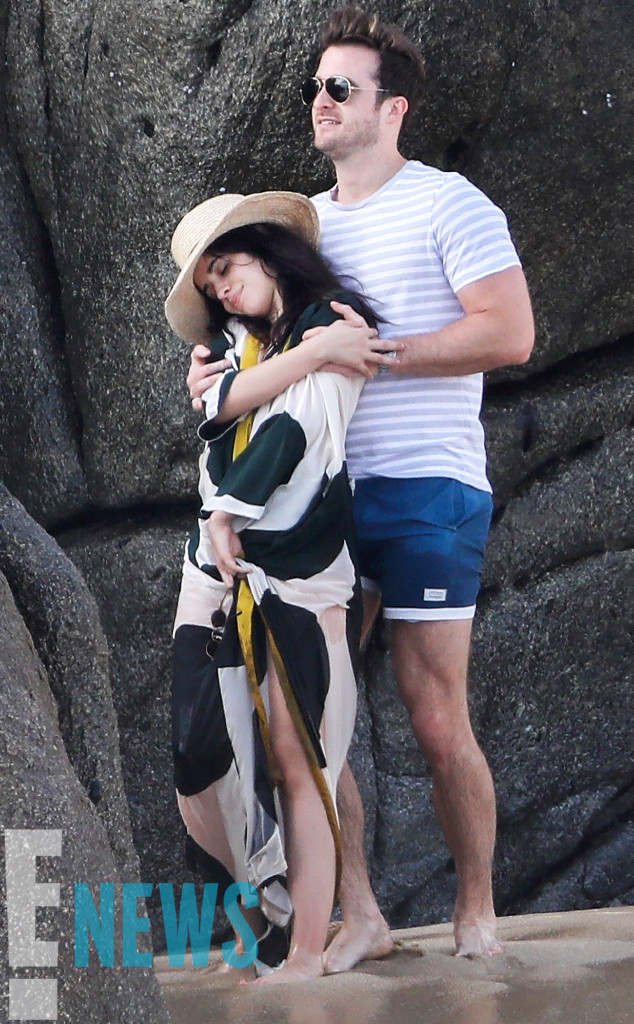 The songstress has been on the road for the past several months with her pal Taylor Swift on the Reputation Stadium Tour. Since wrapping up her concerts in the United States, Cabello has been performing solo shows around the world. Earlier this month, Cabello and her beau were spotted packing on the PDA at an airport in Santiago, Chile. When fans shouted “Beso,” the couple shared a quick kiss on the lips.

The singer and the 31-year-old dating coach first sparked romance rumors in Feb. 2018 when they were spotted on a romantic vacation together in Mexico.

“It wasn’t something she expected, but she knew of him and really enjoys his work,” a source told E! News at the time. “She has been following him for a while and was a fan, but it took her by surprise that she has gotten to know him on a deeper level.”

Over the summer, the couple was photographed packing on the PDA while at a park in Spain.