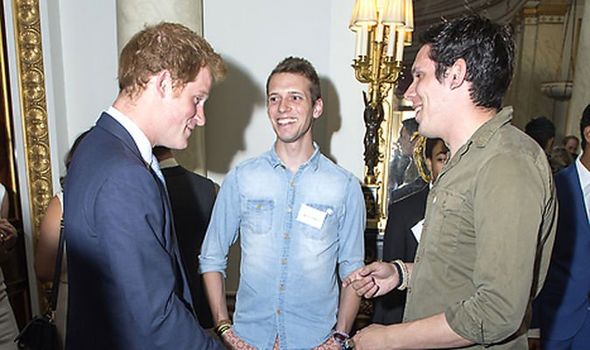 Just a few years ago he was all alone in the world, uneducated, unloved and scratching a living by picking up rubbish at railway stations. Addicted to drugs and glue to make his lonely, miserable life more bearable, Yousan was destined for an early death. Now, thanks to the British clothing brand Gandys’ work with the Chora Chori charity in Nepal, the 19-year-old’s life is back on track. 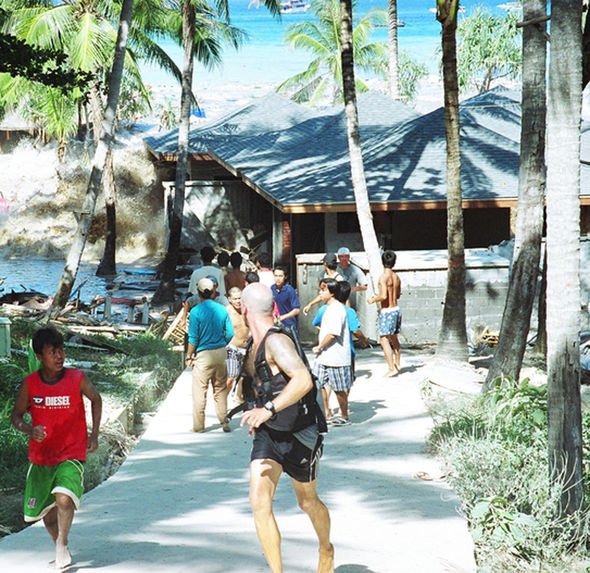 The drugs and glue have gone. Six months training as a chef has propelled him into a job at a top restaurant in the Nepalese capital Kathmandu, where his focus on perfection would impress even Jamie Oliver.

When he’s not working, Yousan stays at a Kids Campus outside the capital which was officially opened in October by Gandys’ founders, Rob and Paul Forkan, using money from their Gandys Foundation charity. The centre is not just a safe haven for severely abused children and teenagers, it teaches them skills that will help them turn their troubled lives around.

“Seeing Yousan thrive and prosper is inspirational and makes everything worthwhile, especially as he now helps other children,” says Rob, 32.

Paul, 30, adds: “Yousan is a fantastic role model for the other children at the centre. They know he had a terrible childhood, but with the right care and education he has turned his life around. He is a wonderful cook and well on the way to achieving a Michelin star!” Paul and Rob know exactly what it’s like to hit rock bottom in life.

Fifteen years ago on Boxing Day 2004 a massive underground earthquake triggered waves of tsunamis which killed more than 225,000 people in 14 Asian countries.

At the time Rob, then 17, and Paul, 15, were on holiday in Sri Lanka with their parents Kevin and Sandra and younger siblings, Mattie, 11, and Rosie, eight. The family had spent an idyllic Christmas Day, dipping in and out of the calm, turquoise Indian Ocean just yards from their beach bungalows by the town of Weligama, at the far south of the teardrop-shaped island.

The family felt so lucky to celebrate Christmas in such a heavenly spot. The only sadness came around midnight when their grown-up daughter Jo took a taxi to Colombo to get an early flight home to Britain, where Marie, the eldest of the Forkans’ six children, had remained.

When the tsunami struck the next morning, Kevin and Sandra managed to get their youngest two children to the relative safety of trees before they were engulfed and killed.

Incredibly, all four children survived. Cut, bruised and deeply traumatised, they walked across devastated land, littered with corpses, before finally flying home to Britain to begin a new life as orphans.

As time went by, Rob and Paul felt compelled to help other orphans, driven by a powerful desire to emulate the adventurous spirit and giving nature of their parents, who ran a car dealership in Mitcham, South London.

Seven years ago Gandys was born, a company set up to give a chunk of its income to the brothers’ charity foundation. The name was taken from a play on the name of the inspirational Indian leader Mahatma Gandhi.

India was close to their hearts as their parents sold their home in Coulsdon, south London, in 2001, to move there, expanding their children’s horizons and educating them about different cultures. 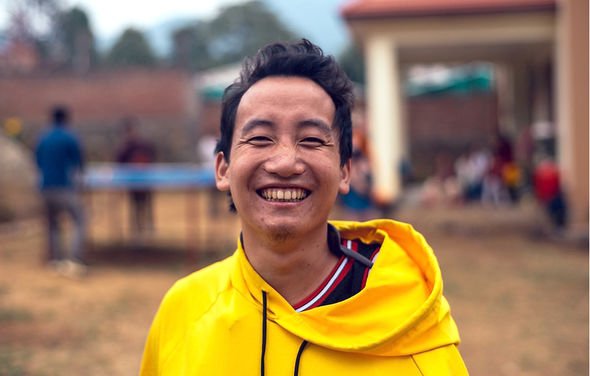 At first, Rob and Paul’s company concentrated on manufacturing and selling flip-flops, coming up with colourful styles that proved an immediate hit with the public who bought into their story and their products.

THEN they moved on to a wide range of clothing, rucksacks and bags aimed at travellers. Ten per cent of all profits goes towards the Gandys Foundation endeavour, which has won praise from the Dukes of Cambridge and Sussex.

In 2014, the brothers opened their first orphanage, or kids’ campus as they prefer to call them, in Sri Lanka.

Two years later their first store opened in London and, in 2017, their second campus opened in Malawi in Africa. A few months ago they were delighted to fly to Nepal to see their third project get off the ground.

Built from the ruins of a secondary school wrecked by an earthquake in Nepal in 2015, which killed 9,000 and injured 220,000, it now offers safe, secure sanctuary for boys and girls who have had a truly terrible start in life.

There are 1,194 students in total from pre-school to A-level age and another 300 enrolled for further education courses.

Rob explains: “That earthquake was devastating. So many people lost their lives and there was terrible damage to the infrastructure of the country.

“We felt we had to help in any way we could and when an opportunity came to rebuild this damaged secondary school and turn it into a campus, it was the ideal way to help.

“There is a special centre for girls who have been sexually abused.

They are in a safe environment getting an awful lot of support. “There are other children with all sorts of emotional problems and physical disabilities.When they first come, they are shy and reserved, often because they have been so used to being hit or abused.

“After a few days they lose that fear and begin to settle. When they start having regular meals and sleep, it’s amazing how quickly they can change.

“When we had the opening day, it was fantastic. There was a storm of energy from the children which was marvellous to witness.

“A lot of their paintings were on show and they were so proud that people liked them. It really boosted their confidence.” 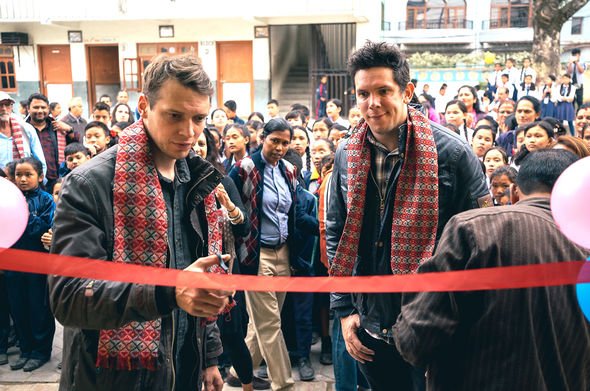 Paul adds: “There is a lot of trafficking of Nepalese children to India for work. Families in Nepal are very poor.When children get to 11 or 12, they are sent to India to get work. But when they get there, they are put to work in horrendous conditions, paid very little and often abused.

“When they come home they can be very damaged, broken even. We are trying to put an end to that cycle of despair.”

One such child is Yousan, who had been trafficked to India and was found there wandering from place to place, living on the streets and doing whatever he had to do to survive.

“When they have been given a chance, these children thrive. Some of their art work is just brilliant. For them art seems to unleash a lot of frustration and creative energy. It’s been magical to see them develop and allow their personalities to shine. “The focus is very much on maths and English to give them a solid start in education but we also encourage creativity.

“We have a young Nepalese girl who is deaf who is producing the most wonderful jewellery, which is so heartwarming to see.”

They are also trying to imbue the youngsters with their sense of adventure, inspired by their “Just Don’t Exist” ethos. 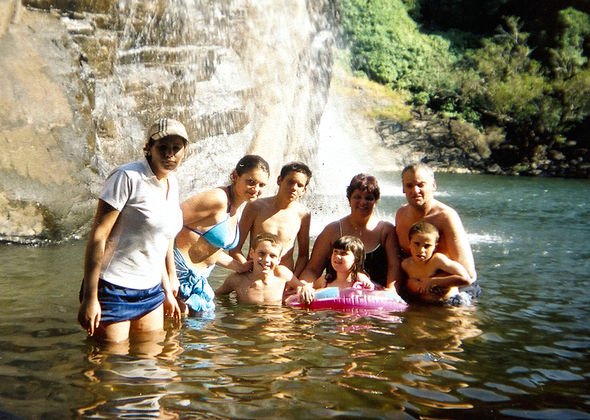 To get to the campus they rode on Royal Enfield motorbikes, which went down a storm with the youngsters.

The campus attracts many volunteer teachers, who give up hours of their free time to help bring the children on. And they are developing career paths at the campus, helping to get them into colleges, industries and professions which will give them a stable adult life.

Yousan is the current poster boy.

Cooking skills he’s learned have put him in good stead for a successful career and now he is giving back to the centre to help others.

For the boys and girls 2020 will be a year to look forward to, not a year to fear.

If you would like to get in touch or get more information on the visit, see gandyslondon.com