Denver Broncos running back Melvin Gordon was cited for DUI and speeding late on Tuesday night, CBS Denver reports, citing court records. Gordon, 27, was allegedly driving 25-39 miles per hour over the speed limit and driving under the influence of alcohol or drugs.

In a statement, the Broncos said: “We are aware of the situation involving Melvin Gordon. Our organization has been in communication with him and is in the process of gathering more details.”

Gordon is expected to be arraigned on November 14. It’s currently unclear if he’ll face discipline. Last year, Broncos safety Kareem Jackson was suspended for the final two games of the season. 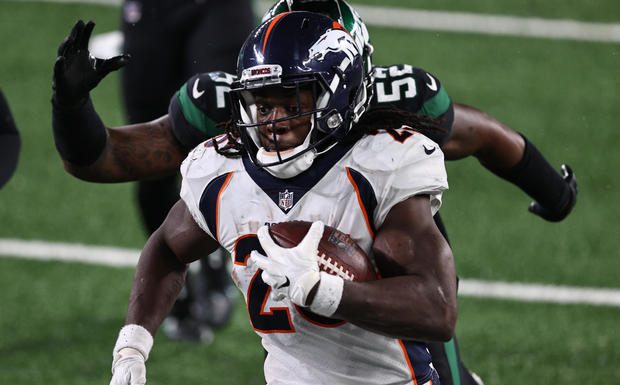 This is Gordon’s first season in Denver, where he signed a two-year, $16 million contract in March. The Los Angeles Chargers selected him with the No. 15 overall pick in 2015, and he spent five years with the team. So far, he’s racked up three rushing touchdowns and 281 yards on the ground, along with 11 catches, with 45 yards and one touchdown through the air.