If not the wins, the losses, and the brilliance of ditching a host, Bradley Cooper and Lady Gaga’s 2019 Oscars body language was truly the talk of the town last night (the town being Twitter). Yes, "Shallow" from A Star is Born is an all-around bop that very much deserved its Best Original Song win. And yes, it’s a delight to know that Cooper and Gaga sound just as great together IRL as they do in theaters and on Spotify. But it was that electric crackle of chemistry between Cooper and Gaga during their "Shallow" performance that brought Oscar viewers to their knees.

It’s not the first time we’ve seen Gaga and Cooper sparkle in each others’ presence off set. The pair presented at the 2019 SAG Awards last month and at the Golden Globes before that. But nothing tops this appearance of Cooper and Gaga together at last night’s awards ceremony. After the tears dried away and everyone pulled themselves back together, Twitter had a field day turning the way Gaga gazed longingly at Cooper into a meme. Which is right on point, because only a few things in life deserve that kind of adoring look — like pizza or a partner who surprises you with Chipotle. Here’s what body language expert Dr. Lillian Glass has to say about Gaga and Cooper’s smoldering "Shallow" performance.

The chemistry is off the charts.

When it comes to Cooper and Gaga, Glass says that their connection — the love they have for each other — is undeniably the real deal. “There’s incredible chemistry between them. You felt it on the stage — and that’s why the movie is such a success. And you feel it off the stage," Glass tells Elite Daily. "They genuinely love one another. The definition of love is respect and admiration. They have true love. You can see it."

She’s guiding him through it. 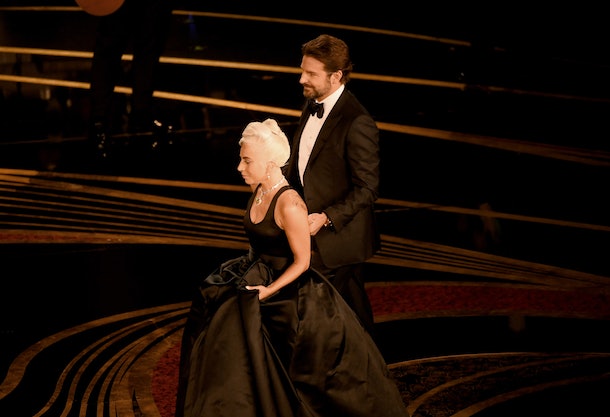 Concerts are no big deal for Gaga: It’s literally her day job. Music, however, is a recent foray for Cooper. This isn’t Cooper’s first big performance. You might remember when Cooper surprised concertgoers at Lady Gaga’s Las Vegas residency for a truly emotional performance of "Shallow." Everything about that January performance was intimate and heart-wrenching. It started with Cooper singing on a stool and Gaga crouched at his feet, staring intently into his eyes.

As for the Oscars performance, Glass says, "He was scared. You could really tell." The way he wiped sweat off his brow at the end was a bit exaggerated and clearly a joke, but he was only half-joking, Glass explains. “He was nervous and she was guiding him the whole song. She didn’t take her eyes of him. She was supporting him with every word," Glass says. "When he looked at her, you felt that support."

One small gesture Glass notes is that Gaga rested her hand on her abdomen. It was a subtle reminder from Gaga to Cooper to push and use his diaphragm. It’s just another little sign that she was guiding him through the performance.

They truly trust each other. 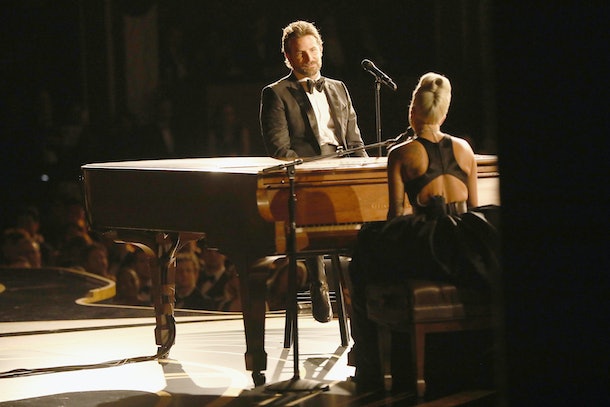 Glass points to the intense and intimate creative process that A Star is Born was born from as crucial to their connection. But not only did they spend a lot of time together — positively, as Glass says, "Whenever they were asked about one another on the different talk shows, they both glowed." — but they also fostered a great deal of trust in order to pull off the film. Glass says that trust is really big with Gaga. "One of things [Cooper] said to her, initially, was, ‘Trust me, as a director,’" Glass says. "For her to trust somebody is a big deal. And that’s what’s making people root for them."

If you’ve had A Star is Born soundtrack on repeat like me, you might remember there’s a dialogue track on there called "Trust Me," right before "Shallow." It’s that beautiful moment in the film when Ally finally makes it to Jackson’s show and he gases up to go on stage. She’s nervous, but he asks her to trust him. As Glass says, the camera doesn’t lie. And if nothing else, Gaga and Cooper are perfect example of how life imitates art and art imitates life.

They were both genuinely happy to be together. 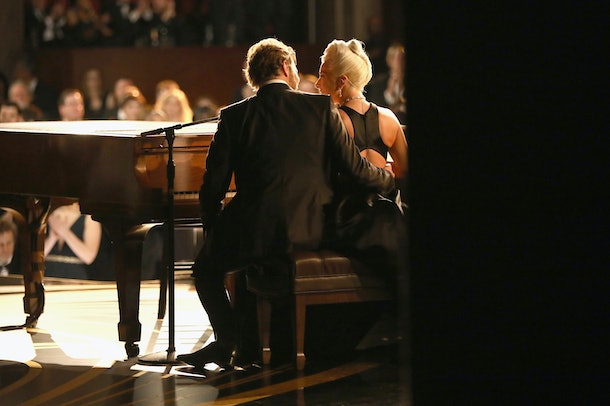 Like everyone and their mama last night, Glass is drawn to Cooper and Gaga sitting next to each other as a stand-out moment in the performance. Coming from a body language expert, that observation means a lot. "It was as though their bodies were engulfed in one another. They were a unit. They were one," Glass says.

There was also a lot to be said about the way Cooper was looking at Gaga, too. It’s not just that he was smiling. It’s that his smile was, to use Glass’s word, radiant. “He was so genuine. His eyes crinkled. His teeth showed. The apples of his cheeks rose," Glass says. And Gaga returned that same tenderness and love back at him. “It was a beautiful moment — probably the most beautiful moment we’ve on live television," Glass declares. "People felt it. The reason Twitter was blowing up was because you cannot lie. The body does not lie."

So, when can shipping go too far? 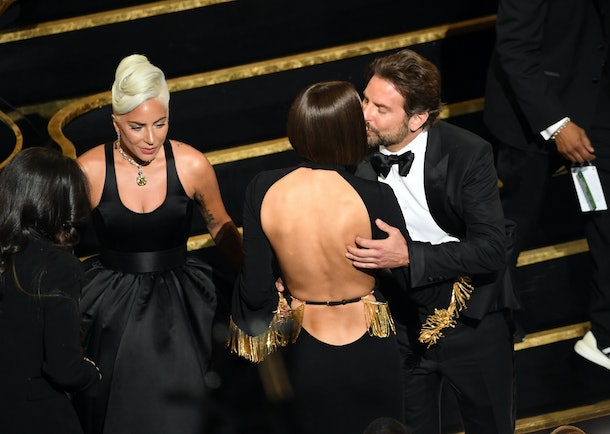 The fact that Cooper and Gaga have this incredible chemistry has people questioning who Cooper and Gaga really should be with. And the ups and downs of the Gaga-Cooper saga have thrust many fans into moral grey area. Some fans interpret Gaga’s newest tattoo as a tribute to her co-star (it’s a series of musical notes that can be read as G-A-G-A in treble clef and B-C-B-C in bass clef). And since Gaga’s split from her fiancé and agent Christian Carino, there’s only been more fuel on shippers’ fire.

Glass says that there is "no question" that the two adore each other. "And you see the public — even though [Cooper has] got a [partner] — conflicted. They see this chemistry, that doesn’t happen very often. When you see it, it is pretty powerful. That’s why people are reacting. Even though he has a [partner], we’re still rooting for him and Gaga."

Still, Glass points out that Gaga has made it verbally clear that there is nothing going on between her and Cooper. “She knows her boundaries and limits, because of his situation. But if he didn’t have that situation or the situation changes?" Glass says. "That would be a perfect couple."

No matter what happens, Oscars 2020 will be hard-pressed to top such an intimate, gut-wrenching, and authentic performance.