MOST Black Friday deals are actually not that much of a bargain according to new research by Which?.

Nearly nine in 10 products on sale during the sales bonanza were found to be on offer previously, for the same price or cheaper. 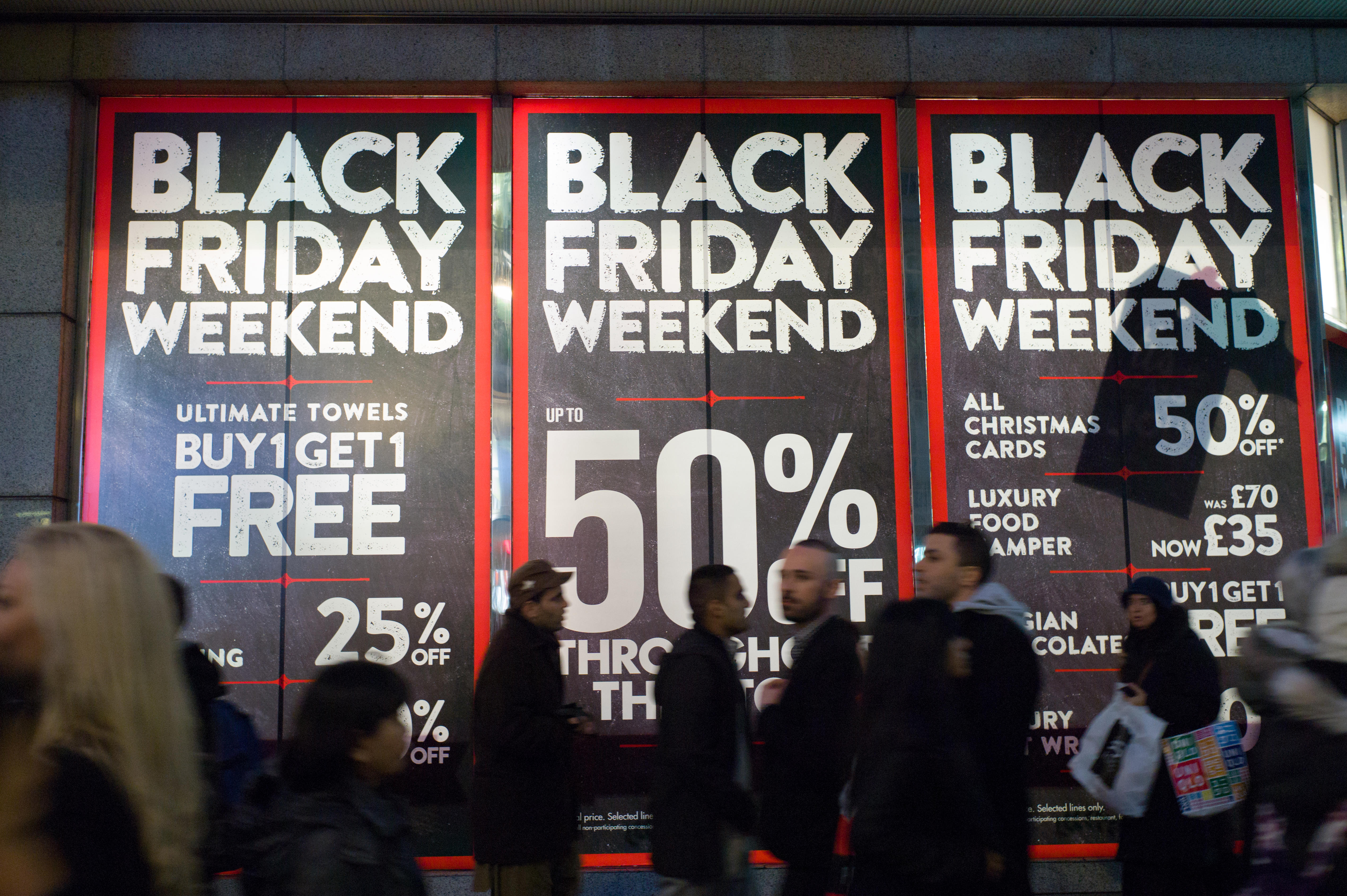 The consumer group tracked the prices of 219 popular home and tech products over the course of a year, including for six months before and after Black Friday last year.

And the products included home and tech goods such as headphones, fridge freezers and soundbars.

It found 85% of the items could be found cheaper or for the same price in the six months before Black Friday.

When Which? compared a year's worth of prices for these products, it found only three out of the 219 items that it tracked were at their cheapest on Black Friday.

Our tips for finding the best deals this Black Friday

IT might be tempting to dive in and snap up LOADS of items on Black Friday and Cyber Monday, but here’s how you can guarantee you’re getting a good deal.

PREPARE Research the items you want to buy and find out the cheapest price. Websites like PriceSpy, PriceRunner and CamelCamelCamel will give you historical data on prices so you can see how much you should pay.

EARN CASHBACK Check websites like Quidco and TopCashback BEFORE you place your order. Cashback websites PAY you to shop. All you have to do is click through their links and the money is added to your online account, usually within 14 days.

Natalie Hitchins, Which? head of home products and services, said: "Do some research first. That way you'll know a genuine bargain when you see one."

Out of all the retailers it looked at, Currys PC World was the most likely to have its Black Friday offerings available at similar prices at other times – 47 out of 49 products were found to be cheaper or the same price in the six months before.

Which? found a set of Bose headphones was £249 on Black Friday at Currys PC World, but they were cheaper or the same price on at least 15 occasions in the six months prior.

Currys PC World said throughout the year it is continuously price-matching and it has additional sales "to ensure we keep our promise of amazing tech that is affordable and accessible".

John Lewis was not far behind with 70 of the 78 Black Friday deals Which? tracked cheaper or the same price ahead of the sale day, while AO it was 38 out of 44 and at Argos it was 15 of 18.

A De'Longhi coffee machine at John Lewis cost £1,285 in the Black Friday sale, but the machine had been at the same price or less on at least 35 occasions in the six months before, falling to less than £1,200 on several days in May and June 2019.

John Lewis said: "As a participating retailer in Black Friday, we offer hundreds of deals across technology, home, beauty and fashion.

"In addition to the variety of offers we have in-store and online during the promotional period, our never knowingly undersold price promise means that we continuously monitor and match the prices of our high street competitors throughout the year."

AO said: "We offer great deals for our customers all year. Last year's Black Friday event had over 9,000 fantastic and fair offers for customers and we expect this year to be even bigger."

And Argos said: "Our Black Friday event gives customers access to hundreds of products at their lowest ever price. They may also be part of sales and promotions we run the following year."

How to protect yourself while online shopping

At Amazon, Which? found a "bargain" on a Shark handheld vacuum cleaner at £97 on Black Friday 2019, just over half the £180 maximum it had been.

Amazon said: "We seek to offer our customers great value thanks to low prices all year round as well as a number of fantastic seasonal deals events.

"Our Black Friday Sale is about thousands of deals on a huge selection of products from every category across the site, at a time of year when we know saving money is important to our customers."

Black Friday sales have already kicked off early ahead of the day itself on November 27.

This year's sales bonanza is expected to be bigger than ever with record sales and more people shopping online than ever before because of the coronavirus lockdown.

Shoppers are also being warned to watch out for criminals this Black Friday.

Consumers who fall victim to an online scam this week could lose an average of £735 each, Barclays says.

The bank said electronics, trainers, phones and clothing are popular products which criminals use to tempt victims.

The scammers set up fake websites and offer goods that are bogus, shoddy or never arrive.

Avoid Amazon scammers on Black Friday with our A-Z guide – from fake emails to discount codes.

Check out these eight early Black Friday deals now, a week before the big day including FitBit and KitchenAid.

Morrisons is selling 1L bottles of Baileys for just £10 and champagne for £12.