We've founded up the cheapest deals at supermarkets and online so you can plan where to buy your supplies, without paying over the odds.

Having fireworks at home or hosting your own party can be great fun, as long as they are used safely.

Always buy from a reputable shop and make sure they conform to British safety standards.

You can look out for the code written on the box. It should read BS 7114.

As a rule just one person should be in charge of setting off fireworks and make sure that you follow instructions when lighting them.

Members of the public can buy and set of most fireworks that come under categories 1 to 3, while category 4 ones – such as air booms, bangers and mini rockets, should only be set off by professionals.

What fireworks can you buy to use at home?

According the law you must only set off fireworks between 11pm and 7am, except for Bonfire Night when the cut off is midnight.

On New Year's Eve, Diwali and Chinese New Year the cut off is 1am. 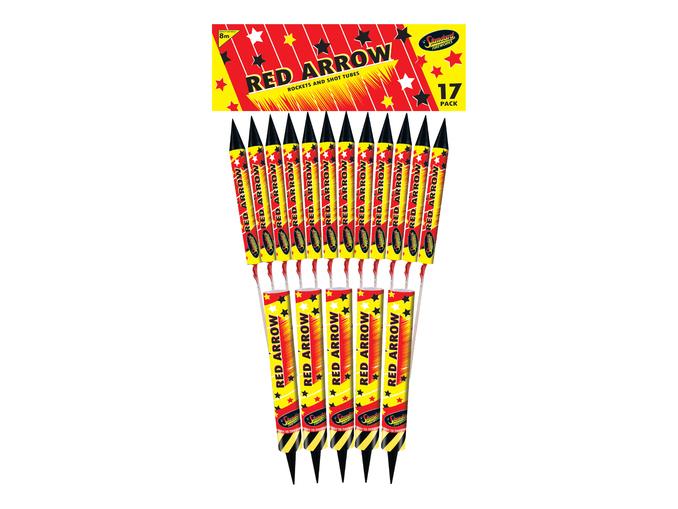 The German supermarket has launched its own range of fireworks with prices starting at £1.99.

At £1.99 for 12 giant sparklers Lidl's offer is slightly more expensive than Aldi's.

A pack of seven rockets cost £7.99 individually and can also be purchased as part of the store's three for £20 offer. 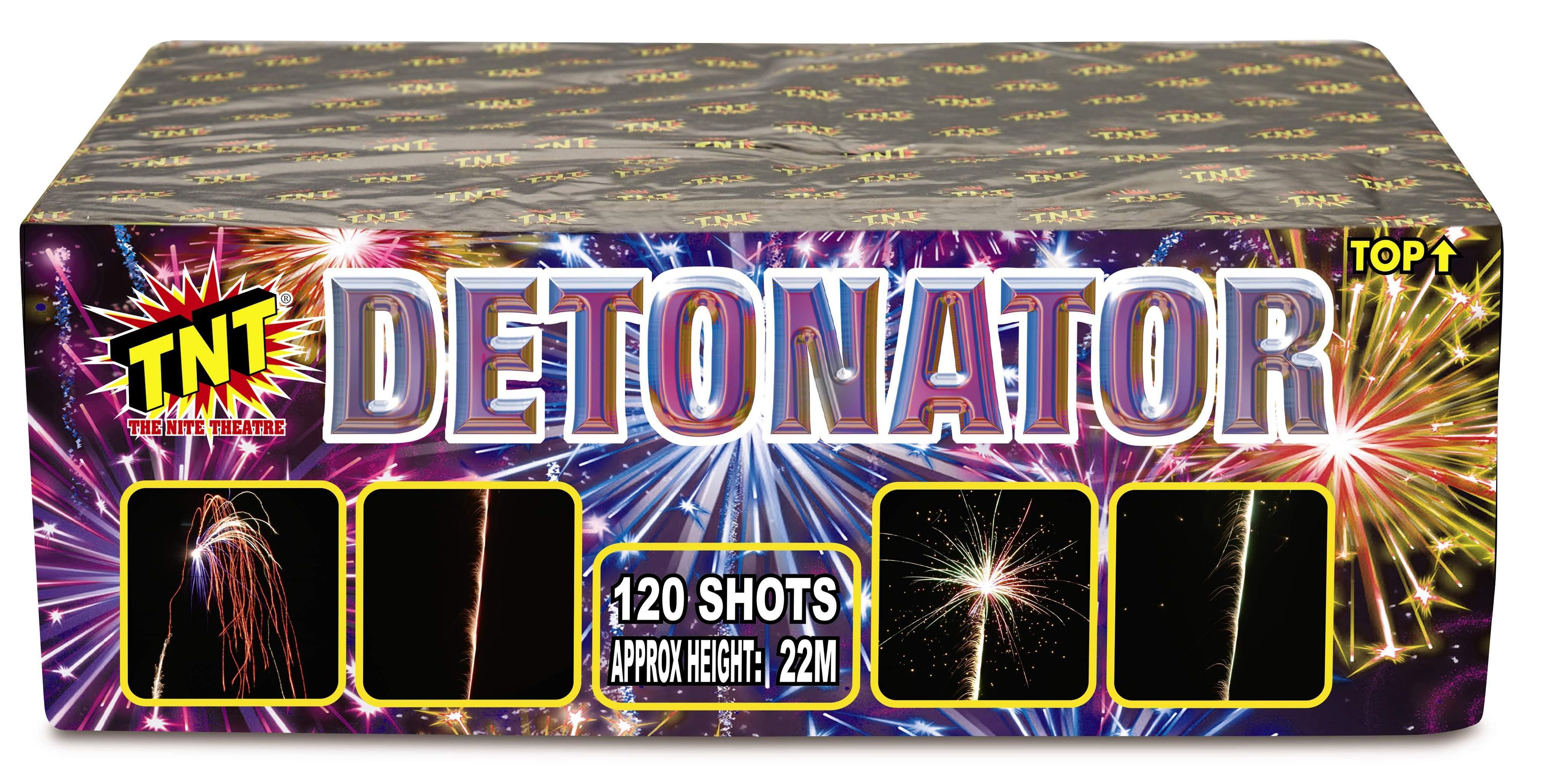 It is also selling fireworks for £4.99, including a cheeky monkey and loud and clear.

Its most expensive firework – the ultimate finale – costs £49.99 and includes 32 shots of multi-coloured bursting stars, green stars that crackle and roar, ending with a golden umbrella of light.

While it claims that its No 1 firework goes for 12 minutes in total and has a combination of fountains, rockets and Roman candles. 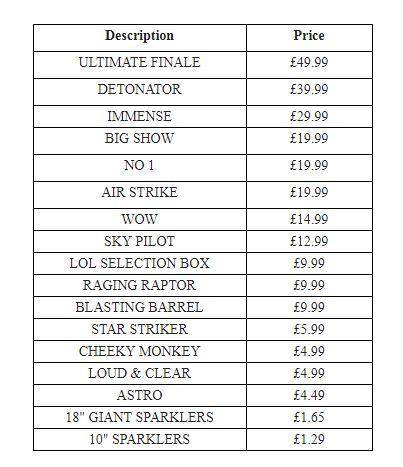 The supermarket is selling three boxes for £15 on selected fireworks or two for £20 on larger ones.

These include its hocus pocus shot tube, box of tricks selection box or fantasia rockets – which usually cost £6 each.

Tesco is also doing other deals on more expensive fireworks, such as its Xtreme selection box and outrage single ignition shot cake which are £75 each or two for £110. 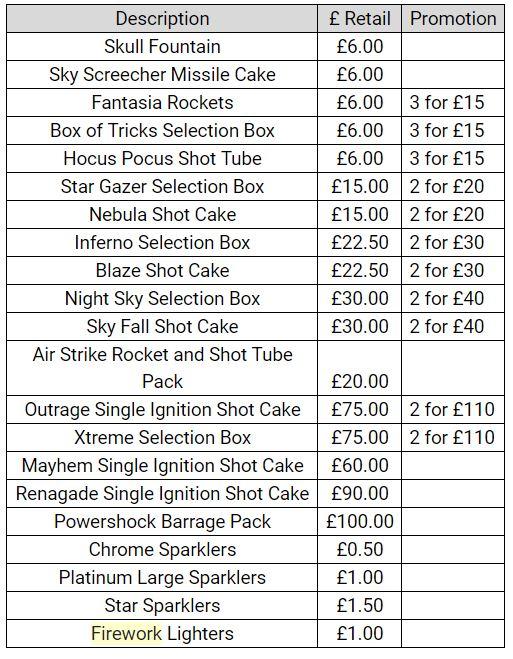 Asda is selling fireworks in store only. They are doing a few deals, such as two for £10, two for £40 and two for £100 on selected fireworks.

This includes a unicorn fountain firework that costs £10 or a selection box for £7.

There's box of multi-shockwave fireworks – which costs £30 and includes 30 shots.

Where to buy the cheapest sparklers?

B&M is selling sparklers for 49p – and you get five in a pack.