Are YOU dating a narcissist? The five warning signs to look out for revealed – and it’s a red flag if you can never win an argument

Even the kindest and most caring of people can be selfish sometimes, but could the person you’re in a relationship with be a narcissist without you realising?

That’s the intriguing question posed in a new book by Melbourne author Melanie Tonia Evans, published in the UK this week.

The internationally acclaimed narcissistic abuse recovery expert and the founder of Quanta Freedom Healing and Narcissistic Abuse Recovery Program insists that the signs can be almost impossible spot until you’ve suffered significant abuse because it’s so difficult to understand people who are wired so differently.

‘Most of us tend to think that narcissists are merely self-absorbed people with over-inflated egos who are in love with themselves, but nothing could be further from the truth,’ she explained.

‘Many of us might never have imagined we’d come across individuals who don’t feel remorse or guilt for their actions, and who will do whatever it takes to gratify the demands of their egos by securing money, attention, contacts, sex, attention and possessions – all without giving any thought for how their actions might affect others.

If you are having any doubts about whether or not you are involved with someone with NPD, these are the five key warning signs to look out for. 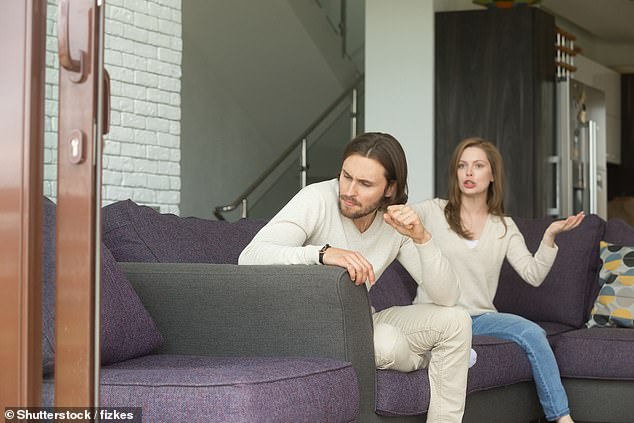 You might assume a narcissist just means being self-obsessed, but there are lots of warning signs such as someone who acts like a child in arguments, meaning you can never have a rational discussion in which your points are heard (stock image)

Despite the commonly held belief that ‘narcissists are full of themselves’, it’s a different reality once their mask has started to crack.

Narcissists are hugely insecure and react on a hairtrigger to things that average adults simply don’t get upset about. Their over-sensitivity is extreme.

When narcissists erupt into a narcissistic rage, their anger is a reaction to a perceived threat to the narcissist’s fragile self-esteem or self-worth. This type of threat is known as ‘narcissistic injury’.

Perhaps you spoke appreciatively about a colleague – and all of a sudden the narcissist is ripping your head off for being disloyal, or even accuses you of having an affair?

If the narcissist doesn’t receive enough attention in a group setting, he or she may stir up trouble or exit the scene, only to chastise you later and degrade you and anyone else perceived to have stolen the limelight.

This insecurity may be so extreme that it provokes incredible jealousy and envy that can’t be assuaged. 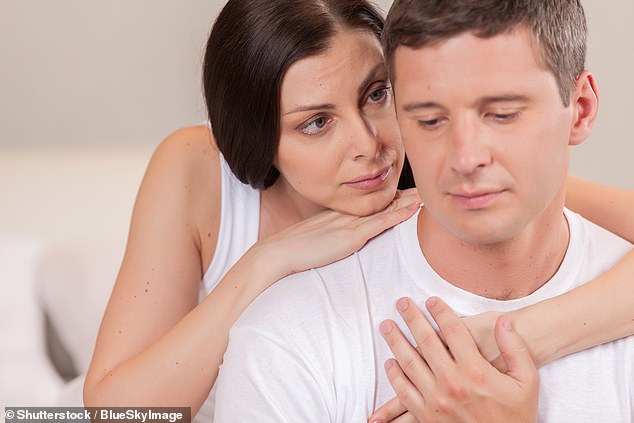 You may associate narcissism with extreme confidence, but in reality a narcissist is deeply insecure and hates not receiving enough attention (stock image)

If you share your life with a narcissist, you will quickly discover they have an unreasonable sense of entitlement – it truly is all about them – and very poor peripheral vision when it comes to anyone else’s needs.

A narcissist’s self-absorption, which is an integral part of their inner wiring, means they believe they deserve preferential treatment over and above all others.

They will push people’s boundaries without hesitation and go for whatever they can get away with, while their real agenda remains cloaked in charm, flattery and feigned care.

No matter how good it looks to others, any deal brokered by a narcissist is underpinned by a desire to obtain the best of the spoils, regardless of who else might suffer in the process.

Without conscience or as much as a backward glance, a narcissist will throw all and sundry under a bus when the time comes for them to collect, including their spouse, family and even their children.

The narcissist’s sense of entitlement ranges all the way from normal everyday events such as ‘I’m not listening to your conversation, let alone engaging with you in it to major life decisions such as property settlements and the splitting of assets. 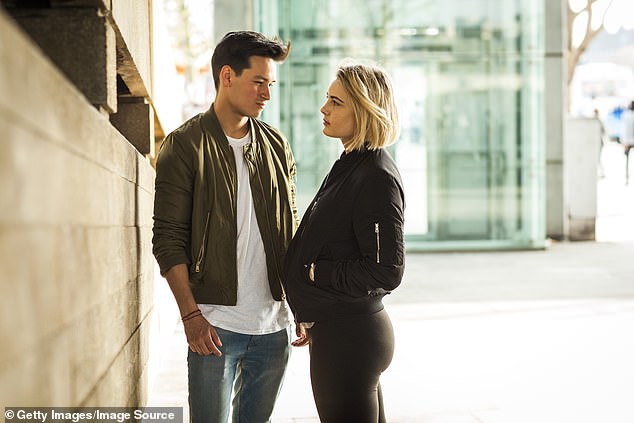 One of the surest ways to identify an NPD sufferer is the way they argue.

Their defence mechanisms range from being subtly manipulative to displays of downright nasty, out-of-bounds behaviour.

These tactics are so common among narcissists and the expressions they use are so consistent word for word that it is almost eerily uncanny; frequently used phrases include refrains such as ‘you didn’t let me finish what I was saying’ and ‘just because I didn’t say what you wanted to hear’ and ‘you are the only person I have any problems with’.

Long before you have identified what is going on during these sorts of conversations, you may well feel terribly anxious and traumatised, and wonder if you are losing your mind.

You will probably be bamboozled as to why you appear to be arguing over and over about basic points with someone who apparently refuses to get it. It’s like disagreeing with an angry five-year-old who won’t remain on topic, or be held accountable, or learn from previous behaviour.

In his or her grandiose self-delusion, a narcissist is covering up a fragile inner identity – and thereby creating and acting out a different script of ‘who’ he or she would like to be. 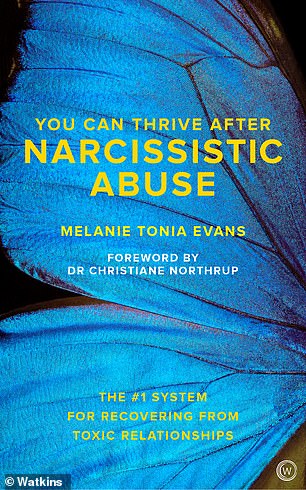 In her new book, Melanie Tonia Evans argues it’s difficult to spot a narcissist because they’re wired so differently from the average person

The lies begin very early on in relationships with narcissists, because lying is an ingrained part of their identity. A narcissist is likely to lie and brag about accomplishments in his or her past, as well as complain about how poorly they have been treated by those with whom they have had fractured adult relationships – which is usually a gross projection and distortion of what the narcissist has done to others.

Moreover, narcissists believe their own lies, which is why they can be such convincing deceivers, often attracting a host of minions who believe in them.

Grown adults with integrity can’t imagine why another grown adult would say such terrible things about anybody else – in explicit detail – unless it were true. Especially when that person appears credible and can look you in the eye while doing so.

5. Blaming you for their problems

One of the most insane and devastating parts of narcissist abuse is the projection tactics that narcissists use. Narcissists, quite simply, accuse you of all the things that they do themselves.

With narcissists, you are damned if you do and damned if you don’t. Nothing you do will ever be good enough. As far as they are concerned, your actions will all too often represent a personal affront or even a direct attack, intended to hurt them or undermine them – and they claim this is the reason why your relationship is experiencing problems.

You Can Thrive After Narcissistic Abuse by Melanie Tonia Evans, £9.9, Watkins Publishing, is available from amazon.co.uk