Chef Daniel Boulud, who was good friends with the late Anthony Bourdain, is opening up about his pal. 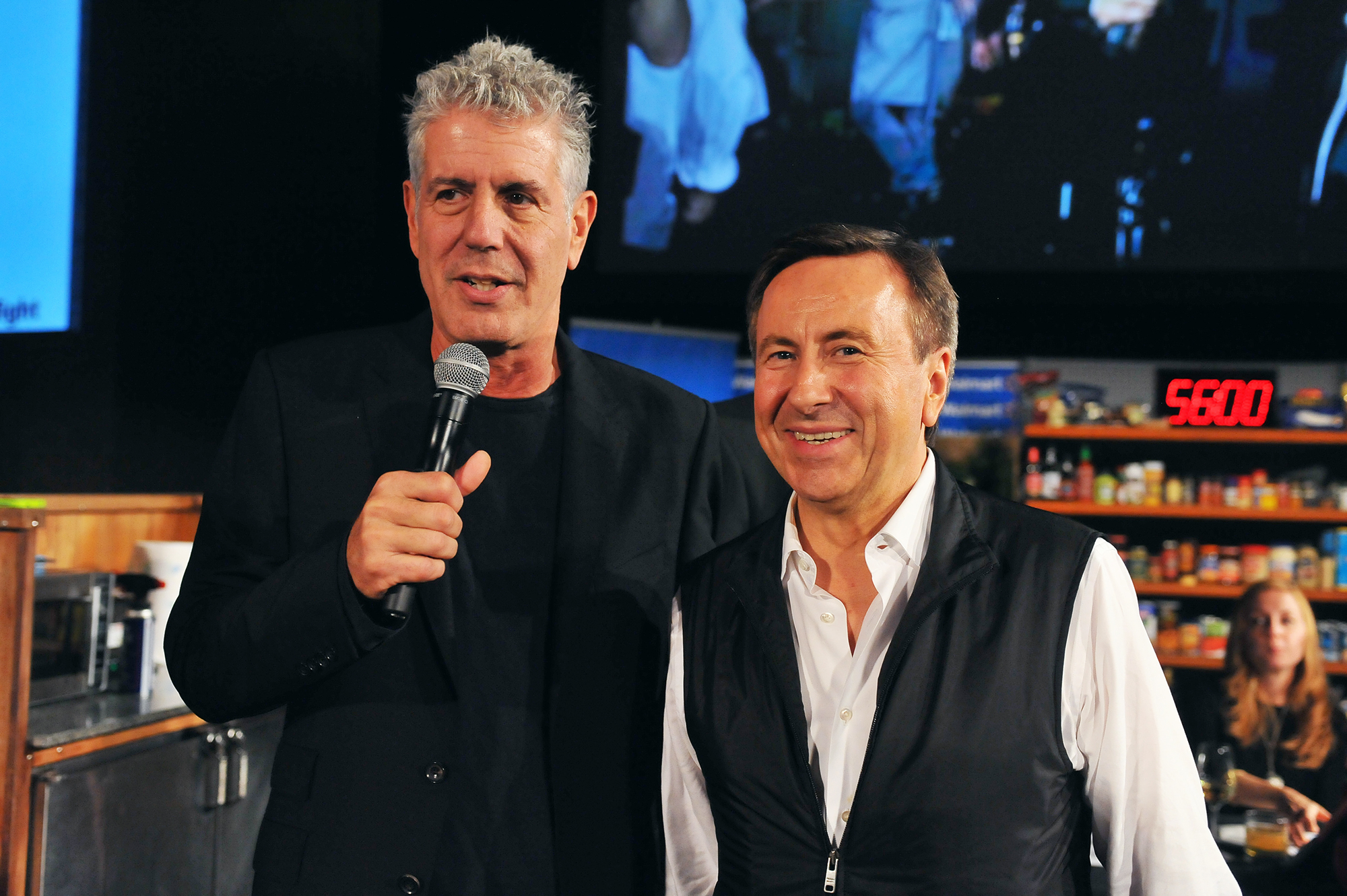 “His heart was broken, I think,” Boulud told Us Weekly exclusively at the Citymeals on Wheels 32nd Annual Power Lunch for Women in New York City on Wednesday, November 14, of Bourdain’s death. Seemingly backtracking a bit, the French-born chef clarified, “I don’t know exactly but I know … I know that what he did was something that was a shock to everyone, absolutely.”

However, instead of dwelling on his untimely death, Boulud is choosing to focus on the fond memories he has of the Parts Unknown host. “Anthony, I have many memories, as a friend, as a man who could connect with anyone and make people dream about food,” he told Us. “Best memory of course is when he took me to Lyon and we did a show on Lyon.”

Boulud is referring to a 2014 episode of Parts Unknown during which the celebrated chefs ventured to Boulud’s hometown of Lyon, France, and met with fellow culinary expert Paul Bocuse, who was a mentor of sorts to Boulud. “He took me to the school that I grew up as a kid and we sat down with 8-year-old children at the cafeteria and talked food with the children and had a lunch with the kids,” the restaurateur explained.

“Tony was so impressed by the quality of the food they were serving the children and I think that touched me a lot,” Boulud continued. “And the time we spent with my parents and with Paul Bocuse as well.”

Bourdain died by suicide on June 8 in the midst of filming an episode of Parts Unknown with Eric Ripert. At the time of his death, Bourdain was in a relationship with actress Asia Argento, who has since said she’s angry with Bourdain for taking his own life. “The anger kept me alive because, otherwise, this desperation has no end, there’s no end,” she said in September. “I was angry, yes, for abandoning me, my kids. But now it’s been replaced just by this loss, this hole that cannot be filled by anything.”

If you or someone you know is in emotional distress or considering suicide, call the National Suicide Prevention Lifeline at 1-800-273-TALK (8255).

With reporting by Nicki Gostin