Australian-born Amna Karra-Hassan believes she has always had to work twice as hard as a woman, and a Muslim, living in Western Sydney.

Having listened to women's stories across communities, the AFP reform, culture and standards officer insists she is not alone.

“I felt like I had to aspire to impossible standards of success and achievement for people to respect me. Still it is not unique to me, for women in general, the fight [in all aspects of life] is not over,” said Karra-Hassan, speaking on a women's empowerment panel, alongside supermodel Gigi Hadid. 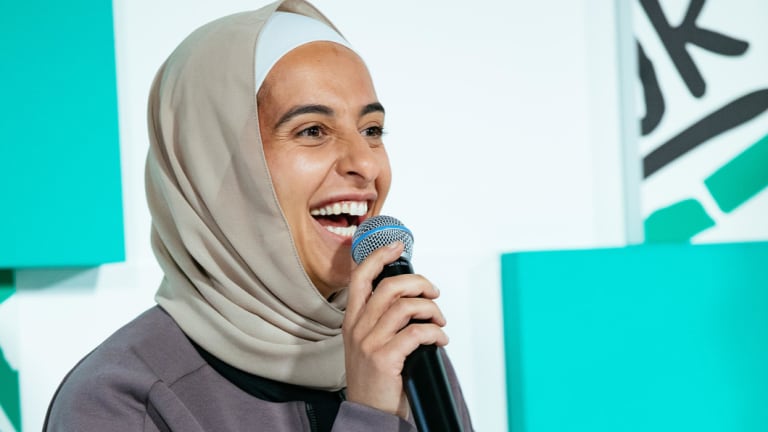 Amna Karra-Hassan is an activist and an advocate for gender parity.

“Research shows that women feel like they need to do 10 times the work even when they are over-qualified, to compensate.

"We need people telling us 'actually you have done enough' to earn a position; we need to be kicking the door down, and when I say ‘we’ I mean collectively as a society, every human being is responsible for driving gender equality.”

As well as her role with the Australian Federal Police, Karra-Hassan, 30, is a diversity activist, advocate for gender parity, and championed change in the AFL. She created what is said to be the first women’s team of the modern era, the Auburn Tigers, in 2011.

Speaking on a panel of high-profile women as part of Reebok’s launch of the Australian  #BeMoreHuman campaign, she stressed the importance of corporates, organisations and individuals helping mobilise people to get behind positive social change.

Activism was one of the major themes addressed by the panel which included supermodel and activist Gigi Hadid, who was also here to promote her first design collaboration with the US activewear label (launching December 7), as well as Paralympiac gold medallist Kelly Cartwright, Indigenous choreographer Amrita Hepi and emcee Jules Sebastian. 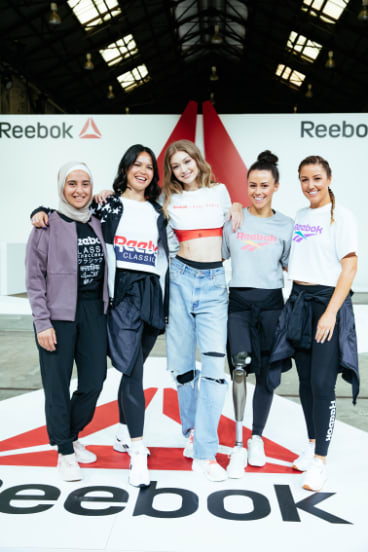 “Online mediums build awareness, but I am worried we are losing our ability to lobby at the grassrootslevel, or even policy and company level," she said.

"Combining groundswell movements with (personal) narratives or strength and resilence, whether it be your own or a collective experience … is how you create social impact. Something happens in the belly of a human. Advocacy is also about expanding your knowledge on issues others face so it doesn’t look like just my experience.” she said, adding the Australian Women's March was an important example of powerful advocacy last year.

Karra-Hassan believes that in order for women to excel, organisations and leaders must “assess every environment for their invisible limitations”, while addressing the “unwritten rules” that hold women back.

Pointing out that Australia currently has less ASX 200 represented companies with women on an executive level, she believes from her work in the community, sport and workplaces that “flexibility and openness” are key to breaking down gender barriers.

“If you are the only woman operating at your level in any space, it’s not your problem (it is the organisation's). It is a key personnel risk for any organisation, and enables the wrong kind of culture where women are competing for one spot. It is a system of oppression and one that undermines women,” Karra-Hassan said.

“We all must work towards enabling women, it’s about looking at systems and assessing whether the processes are impartial, fair and objective.

"I think when we are talking about the gender pay gap, we need to look into the lack of access to affordable childcare, into paternity leave and other options that allow women to work if they want to.

“It’s important to speak to the pioneers of women’s movements no matter whether you are in politics, sport or work. "

Women had been laying the groundwork for change in AFL for 100-years before the Tigers team was born, she said, advising those advocating for gender equality in whatever field they were in to "practice celebrating women and know what you are fighting for".