‘Suddenly you’re on the floor crying’: Amber Heard reveals the extent of her PTSD following her bitter split with Johnny Depp – and says she can’t believe how oppressed women still are

Amber Heard has revealed that the Christine Blasey Ford speech at the Brett Kavanaugh hearing left her in ‘a puddle on the floor’.

The actress, 32, revealed that she has PTSD following the break-down of her marriage to Johnny Depp – and that trauma ‘sneaks up’ on her, with Dr Ford’s emotional testimony proving a trigger.

Heard married Depp in 2015 after they fell in love on the set of The Rum Diaries in 2011. However, the union lasted just 15 months and ended in an acrimonious divorce in January 2017. 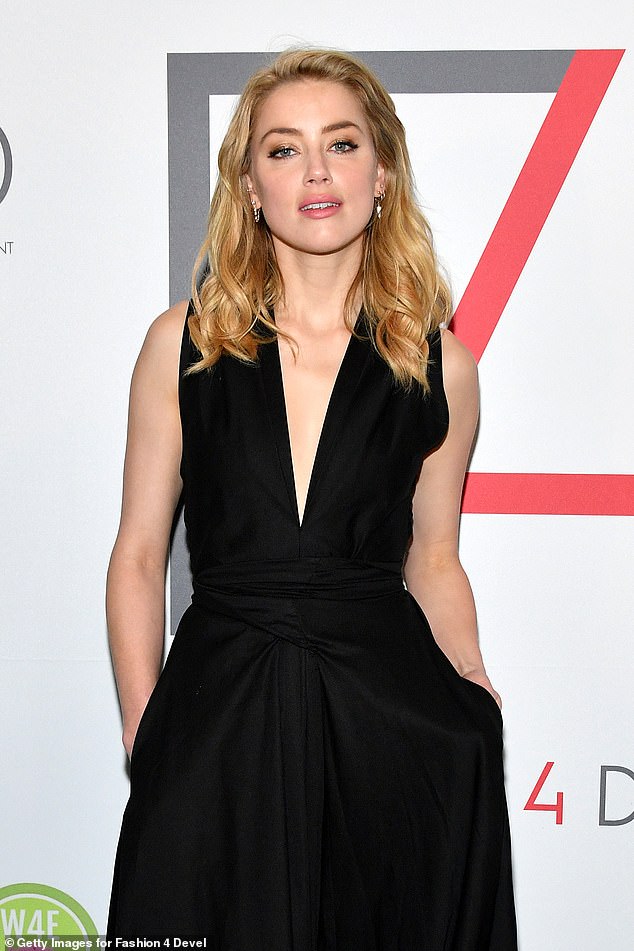 Trauma: Actress Amber Heard says that the effects of her PTSD following her acrimonious split with Johnny Depp ‘sneak’ up on her – and hearing Dr Christine Blasey Ford speak out at the Brett Kavanaugh hearing in September triggered her anxiety 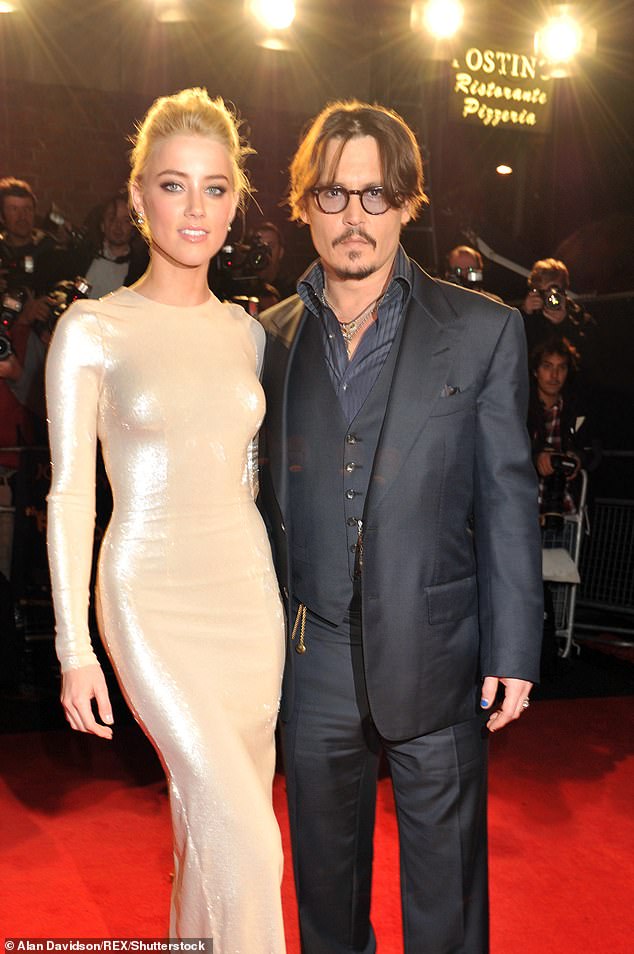 One-time couple Johnny Depp and Amber Heard, who dated after meeting on the set of the Rum Diaries in 2011, married in 2015 but endured a very public break-up and were divorced by 2017

Speaking to the Sunday Times about how the public break-up – which saw her settle for £5.2million – affected her, Heard says: ‘Trauma sneaks up on you in weird ways, where all of a sudden you find yourself in a puddle on the floor, crying while watching this [Blasey Ford’s speech] play out live on Fox or CNN … and you wonder why you care so much. It’s not your trial, right? But it is. It is.’

Heard, who donated her divorce money to charity, says her younger self might not have believed how systems still ‘oppress women’.

Heard was preparing to speak at the One Young World summit in the Hague – largely on the subject of Mexican migrants, speaking alongside former PMs Gordon Brown and Sir John Major.

The star, who went on to date billionaire Elon Musk before the relationship ended because of ‘conflicting schedules’ last year said that she ‘fights every single day’ against the oppression of women and is thrilled when females tell her that her story has affected her.

Her split from Depp saw shocking details of their relationship surface including accusations of domestic abuse by Heard, which Depp countered by saying Heard had intentionally defecated in the marital bed after a blazing row. 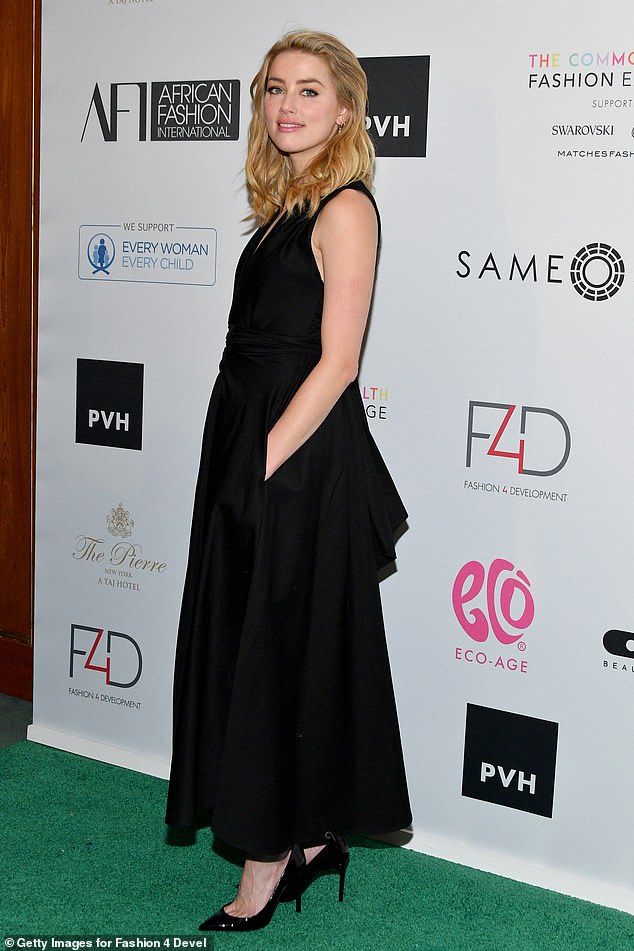 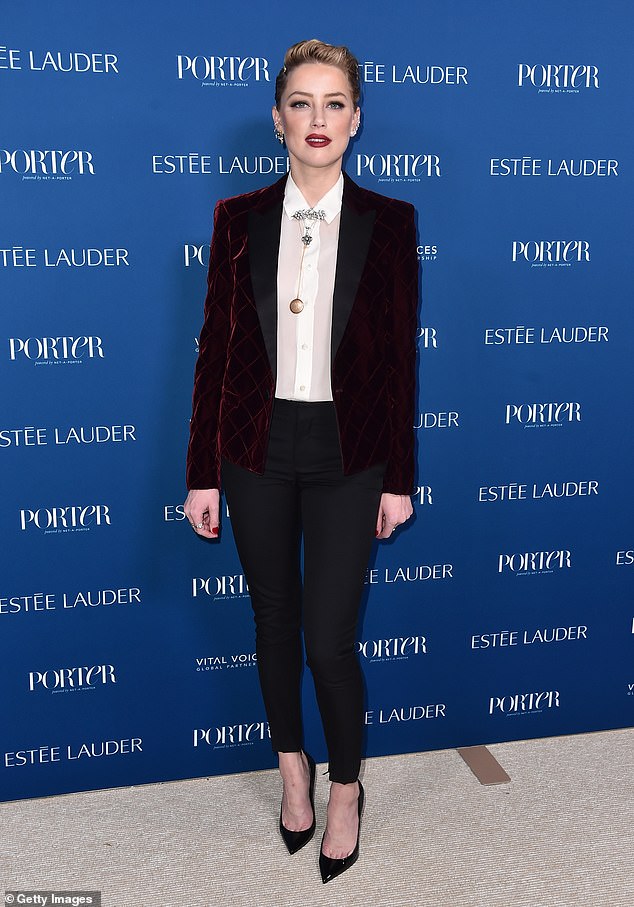 Heard received a £5.2million settlement from her marriage to Johnny Depp, which she donated to charity

During the divorce, the court heard that Depp had grabbed her cellphone during an argument, ‘wound up his arm like a baseball pitcher and threw the cell phone at me striking my cheek and eye with great force.’

Police officers found ‘no evidence of any crime’, despite Heard appearing bruised in a picture she claims was taken after the alleged attack. Depp furiously denied the claims.

Heard later claimed in court papers: ‘Johnny has a long-held and widely acknowledged public and private history of drug and alcohol abuse. He has a short fuse.’

In legal papers submitted during the couple’s divorce in 2017, Heard claimed he made ‘paranoid and irrational accusations about some delusional idea’.