And just like that, awards seasons has officially begun.

The 2018 Hollywood Film Awards were held at the Beverly Hilton Hotel in Beverly Hills as the ceremony celebrated its 22nd year. Crazy Rich Asians star Awkwafina hosted the event, dethroning James Corden‘s three year run as emcee for the evening.

Big Little Lies star Nicole Kidman received a major honor at the show. She was given the Hollywood Career Achievement Award as she has a number of roles in the works, including Aquaman and The Goldfinch. 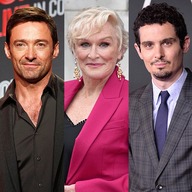 Check out the list below for all the achievements and honors of the night. Congratulations to all the honorees!