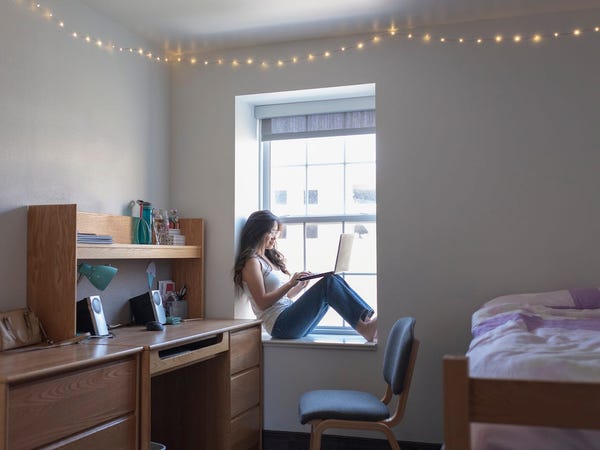 In early or mid-June, there was a sense of hope for college students. Many universities pushed for a fall semester with reopened campuses for in-person learning.

Colleges, like the University of Pennsylvania or Georgetown University, sent out emails to their students announcing plans that campus would reopen with social-distancing measures, face mask requirements, and a combination of online and in-person classes.

But later in the summer, the continued threat of the novel coronavirus led many university officials to keep campuses closed. Now, more than 300 higher education institutions are fully remote for the fall, according to The Chronicle of Higher Education.

Using The Chronicle of Higher Education's list of institutions that are remote this fall, Insider found 15 of the most expensive undergraduate colleges in the US that only offer virtual classes this semester. 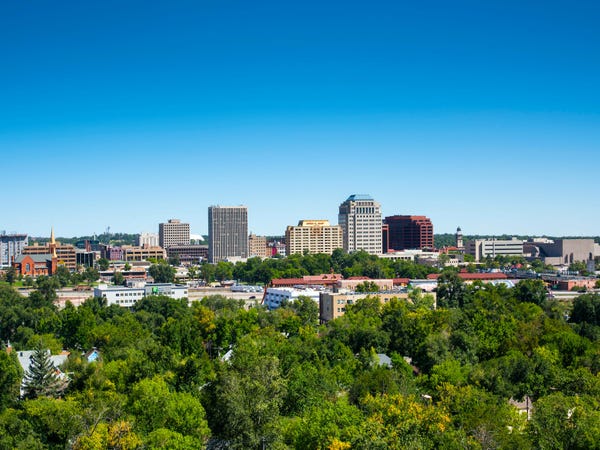 About 2,200 students arrived at Colorado College this semester expecting in-person classes, but an outbreak of students who tested positive for COVID-19, the disease caused by the novel coronavirus, led the school to switch to virtual classes for the remainder of the semester, according to The Denver Post.

Students at Harvey Mudd College continue to pay $58,660 after a last-minute decision to move fully online for the fall semester. 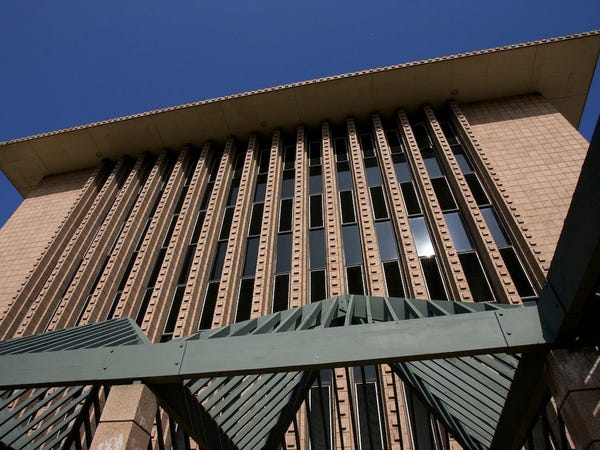 Over the summer, Harvey Mudd College in Claremont, California, had planned to welcome students, faculty, and staff for a hybrid fall semester.

On August 14, the college reversed its decision and announced that all classes would be held online, according to The Student Life, a student newspaper covering Harvey Mudd College news.

The Harvey Mudd College Board of Trustees voted to not increase tuition from the 2019-2020 year, according to the school's website. Students will pay $58,359 for tuition along with a $301 student fee.

All undergraduate courses are online at Columbia University this fall, and students will pay $57,963 in tuition and fees for the year. 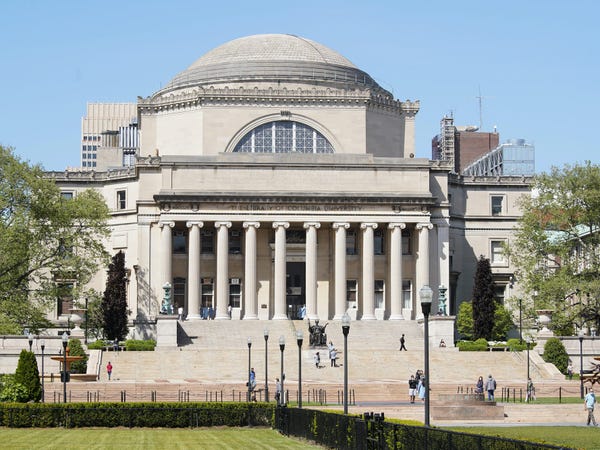 Columbia University in New York City had planned for a 2% tuition increase this year; however, in an announcement made in August, the university announced that undergraduate classes would be entirely virtual, and it also announced that it would not be increasing tuition as planned.

Columbia University charges tuition on a per-credit basis, so a student with a 30-credit academic year, which is considered an average course load for undergraduates, will pay $56,880 for tuition and "student life fees," which cost $355 for fall and $728 this upcoming spring.

Pepperdine University in Malibu, California, closed its campus for the fall, but students still pay $57,813 for the academic year. 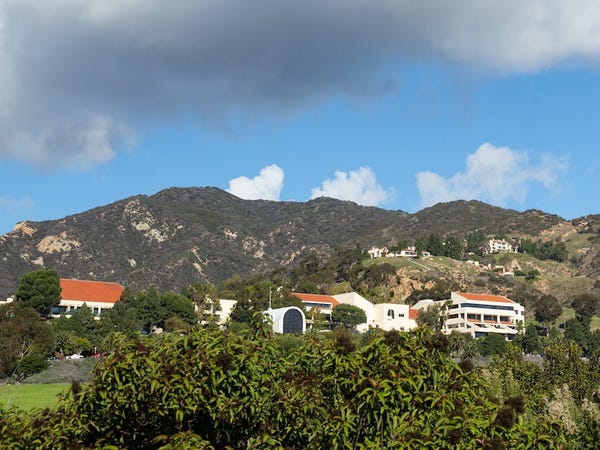 In July, Pepperdine University announced that all fall courses would be held online and the campus would be closed.

The private university is made up of five colleges ranging in tuition costs. Tuition at Seaver College, which is the university's liberal arts institution targeted at undergraduates, costs $28,875 for the fall semester.

The university did not adjust its tuition costs after the decision to move online for the fall semester, bringing its tuition total for fall and spring to $57,750.

Although the university did not reduce tuition, it did lower student fees.

The University's SGA Campus Life Fee was reduced from $252 to $63 for the year, bringing the total of tuition and fees for Pepperdine students to $57,813.

Students at Barnard College will pay $57,479 for the fall and spring semester. 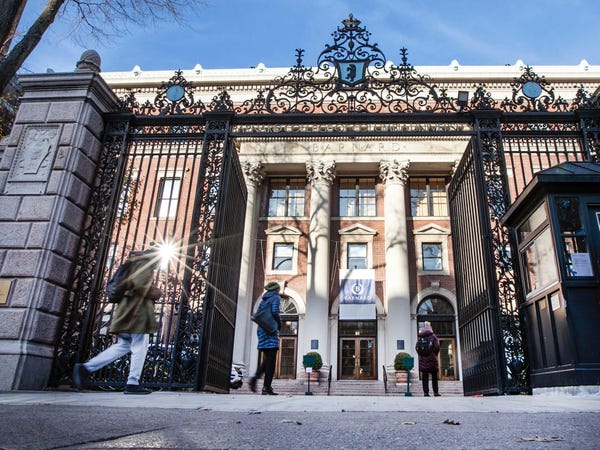 Students at Barnard College, a private women's liberal arts school affiliated with Columbia University, were informed on August 14 that their classes would be online this fall semester.

Barnard's president also announced that the fall semester comprehensive fee would be reduced by 10%, or by $1,698.30, for the combined fall and spring semester.

That fee, along with a tuition price tag of $55,781, creates students' total cost of attendance for this academic year, which is $57,479.

Tuition at the University of Pennsylvania costs $57,344 even though fall classes are online. 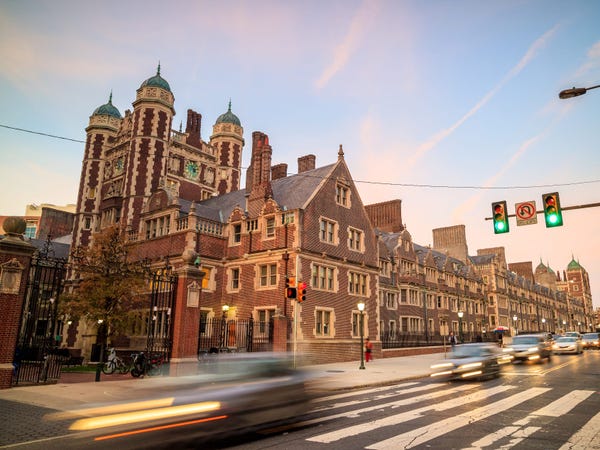 Officials at the University of Pennsylvania spent the majority of the summer hoping to welcome students to campus for a hybrid fall semester.

On August 11, the college announced that the campus would be closed. The only students living on campus would be "international students and those students dealing with significant housing or personal hardships," according to the university's website.

University officials also announced that tuition would be frozen at the 2019-2020 cost, not increased, as previously stated.

Classes are online this fall at Scripps College, where the cost for the academic year is $57,188. 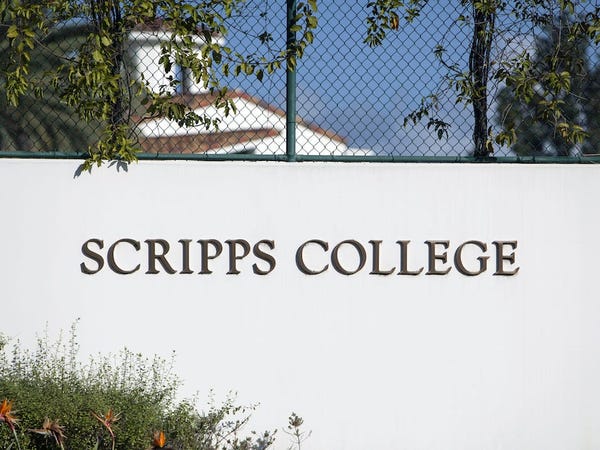 Lara Tiedens, the president of Scripps College in Claremont, California, hopes to welcome students on campus for spring 2021.

However, this fall, students will remain online while continuing to pay tuition costs.

The college froze tuition costs to match the price of attendance for the 2019-2020 academic year, according to its website.

One semester at Scripps will cost students $28,485 plus a "student body fee" of $109. Students pay the same price for the second semester, which makes the total cost of attendance for the year $57,188.

Students at the California Institute of Technology are paying $56,862 in tuition and fees this year. 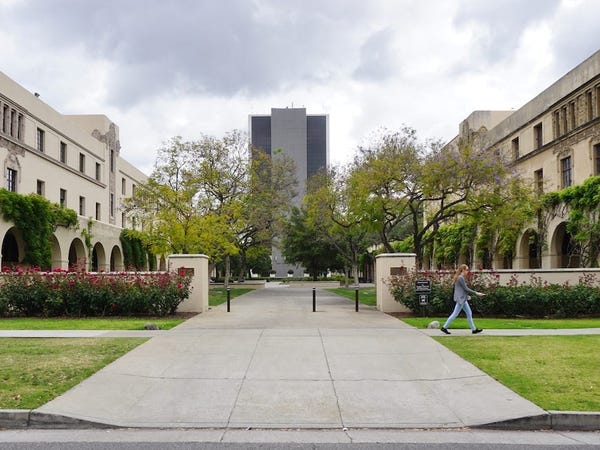 Tuition for the year did not change, but the university's administration did waive the "house activity fee" of $302.

A year of classes at the California Institute of Technology costs each student $54,570 for tuition, plus an additional $2,292 in student fees. 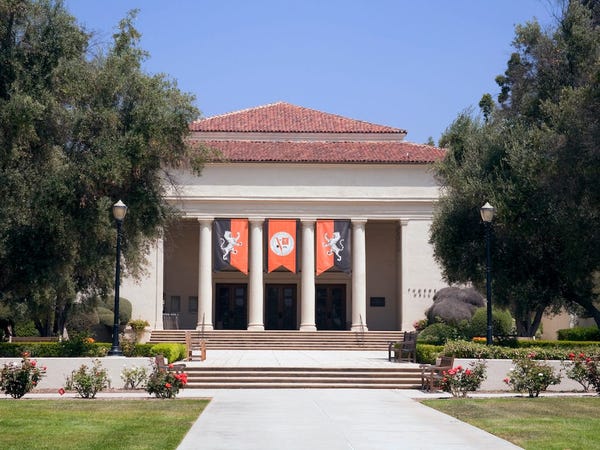 On July 15, administration at Occidental College announced that classes will be fully online for the fall semester.

Similar to other institutions, Occidental College officials stated that tuition would not increase from the 2019-2020 school year. Students are expected to pay $55,980 for tuition along with a $596 fee for the academic year.

This year at Dickinson College, students will pay $56,523 in tuition and fees. 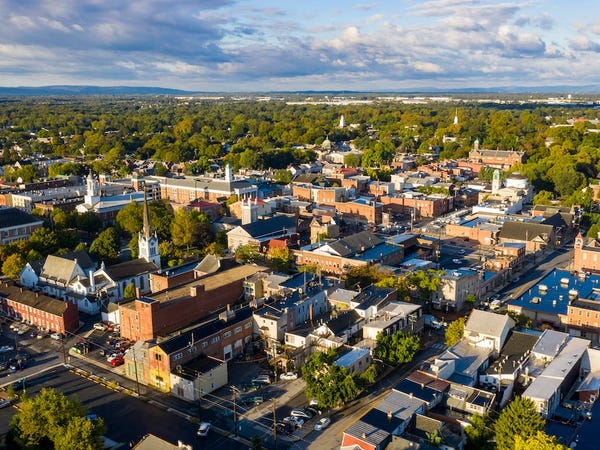 Dickinson College, a private liberal arts college in Carlisle, Pennsylvania, announced on July 15 that its fall semester would be completely remote.

The college did not increase tuition this year and waived its student activities fee for the fall semester, according to its website.

Drexel University froze its tuition for fall 2020, but students will still pay $56,273 for the year of classes. 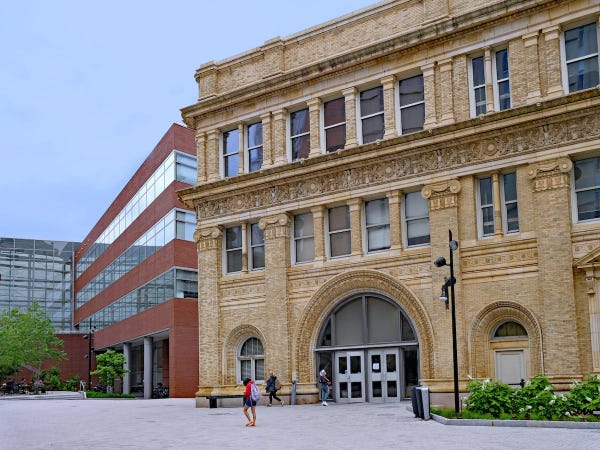 The university also canceled its planned tuition increase and froze tuition for the fall semester, which means that students are paying $53,868 and a $2,405 student fee for the 2020-2021 academic year.

Pitzer College students will pay $55,878 in tuition for the fall and spring semesters. 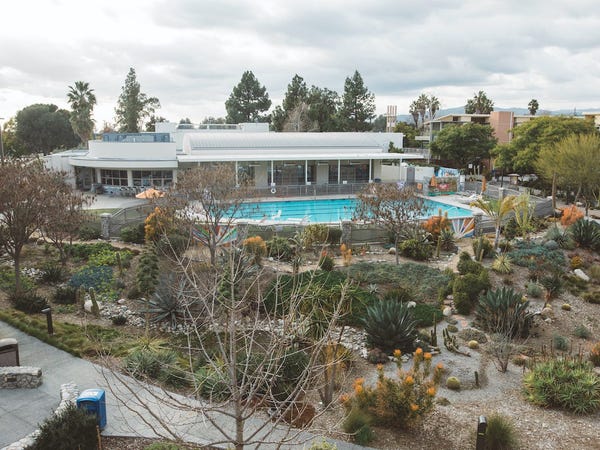 The school's transition to virtual classes also prompted university officials to put a pause on its planned tuition increase.

The 1,087 students enrolled at the college will pay $55,734, which includes fall and spring tuition, along with a $144 student activity fee that will only be charged in the spring.

Students at Pomona College are remote and pay $54,774 for the year. 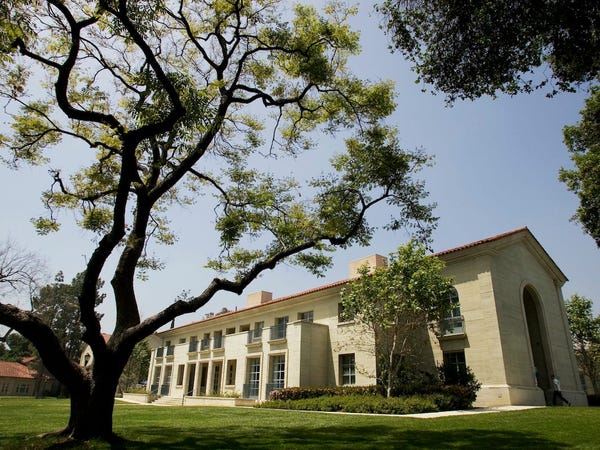 Another Claremont, California, college is charging students full-price tuition while all their classes have switched to online.

Pomona College announced that its campus is closed and that its fall semester classes will be held entirely online.

Georgetown University undergrads received a 10% tuition reduction and are paying $54,595 for the year. 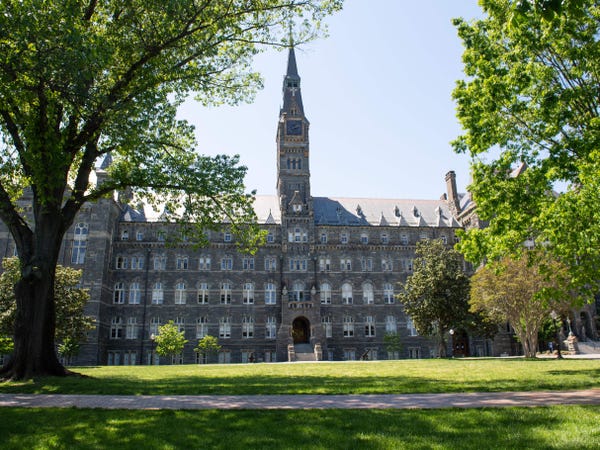 Georgetown University President John DeGioia had initially hoped to welcome students campus this fall. On July 29, however, DeGioia announced that the university would be full virtual this fall.

The university plans to welcome students back to campus "as soon as health conditions permit," according to the university's website.

Johns Hopkins University also gave students a 10% tuition reduction, which brought the cost of attendance to between $50,950 and $54,160. 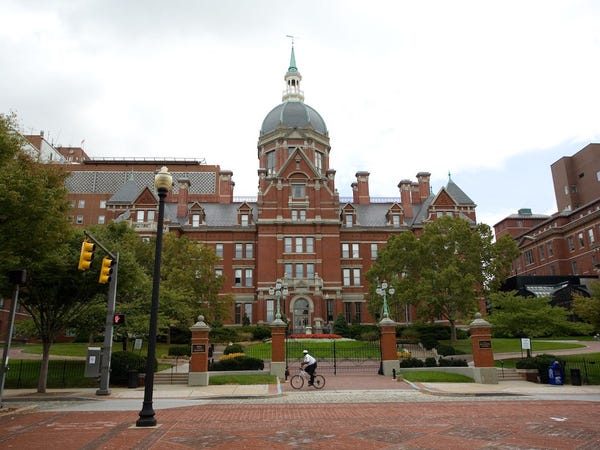 Johns Hopkins University moved its undergraduate program to a virtual platform for the fall semester.

That pivot included an announcement that the university would be lowering its tuition by 10%.

Tuition for students enrolled in the university's School of Arts and Sciences, as well the Whiting School of Engineering, is $54,160 for the year.

Tuition for the Peabody Institute of The Johns Hopkins University, which is the university's music and dance conservatory, is $50,950.