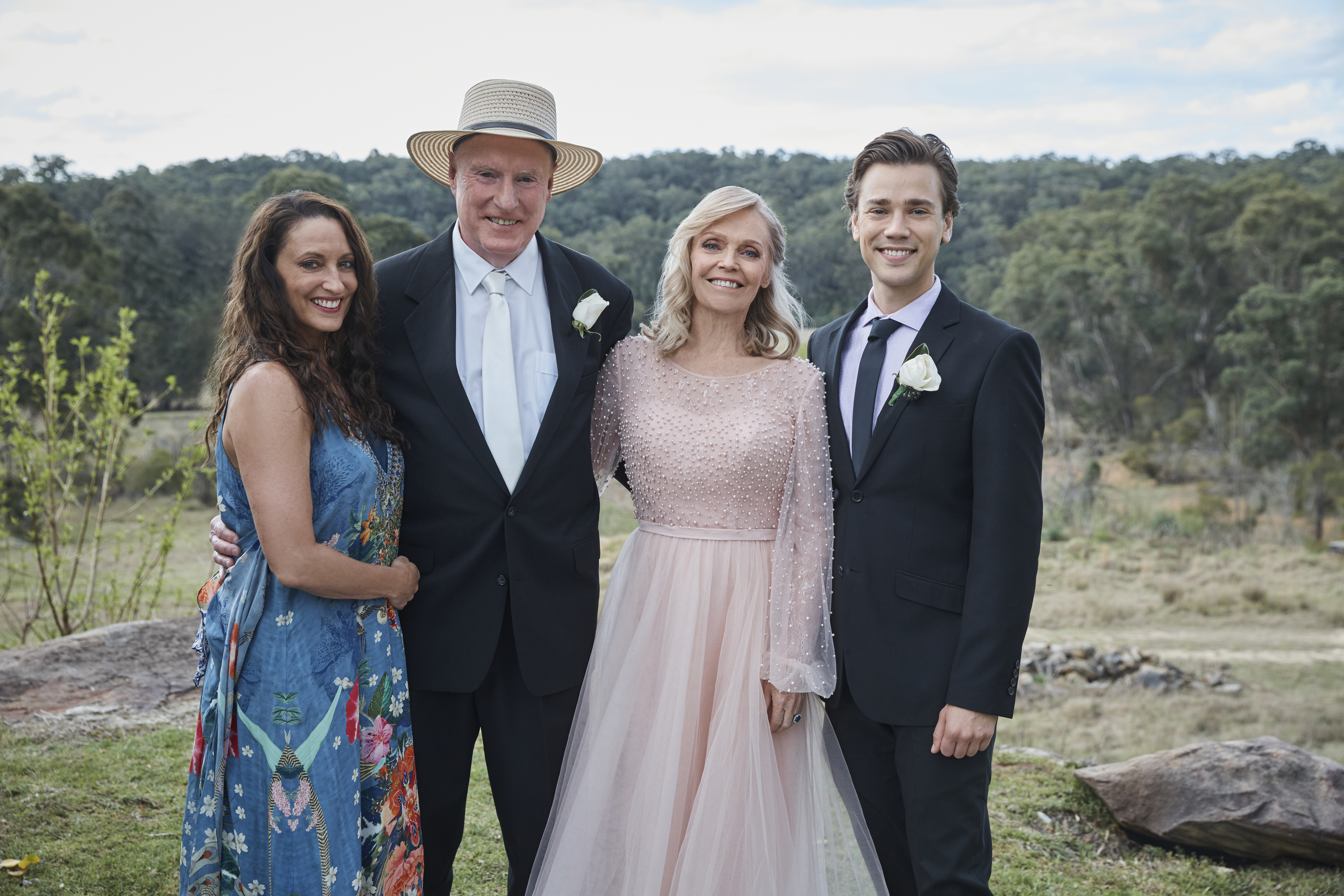 If there’s one fella who deserves all the happiness in the world then it’s our beloved Alf of Home and Away – a stalwart and a legend. He and Martha haven’t exactly had the easiest of relationships but their big day has arrived – with Ray Meagher admitting that his character never thought he’d find true love or happiness again.

He mused: ‘Alf’s been on his own for a very long time but because of who she is and because they’ve worked their way through what happened in the past, Alf is very pleased to have Martha in his life.’

Ray told us more: ‘It’s probably a male female thing a little bit. He was thinking or not thinking (as the case may be) that this may be a nice way to propose without any formality, they were just sitting on a boat at the Vigil and he virtually said how would you like to get married, it was a bit like asking how would you like to go to Salt for dinner.

He didn’t mean to upset Martha, but she felt like “if that’s all the weight or importance you put on this then why would I bother”.

She expected him to be more serious about this and take it a little more formally, which after an argument or two, he sees her point of view and goes about it her way!’

Thank goodness – but filming wedding scenes didn’t phase a Summer Bay legend like Ray and he just says you get on with it.

But he added: ‘Whether we call it serialised drama, or soap opera, whatever we call it, in ongoing shows like ours the regular characters have their moments in the sun and the shade. This is Alf and Martha’s moment in the sun, we embrace it!

‘Alf does love Martha and bringing her back shows a different side of the character. Before she arrived Alf was in a bit of a rut. The fact that he loves her and they have history, it’s been fantastic for him.

‘Throughout their time together he has now found out more about Martha and why she left…it’s great to do as an actor and for Alf to explore within the story.’

Join the community by leaving a comment below and stay updated on all things soaps at our homepage.