This is one science experiment fit for social distancing.

A Russian YouTuber created quite an explosion when he combined baking soda and 10,000 liters of Coca-Cola in a video that has been viewed more than six million times as of Monday evening.

To pull off the impressive feat, YouTuber Maxim Monakhov had to invest some serious money — and some serious time. According to the New York Post, Monakhov spent more than $9,000 and four years to complete the stunt.

The video was uploaded to YouTube on Aug. 21, showing the painstaking process Monakhov and his crew went through to get the bottles of Coke, fill a pressurized tank with the soda, and then adding the baking soda into another tub, which they dump into the cola. 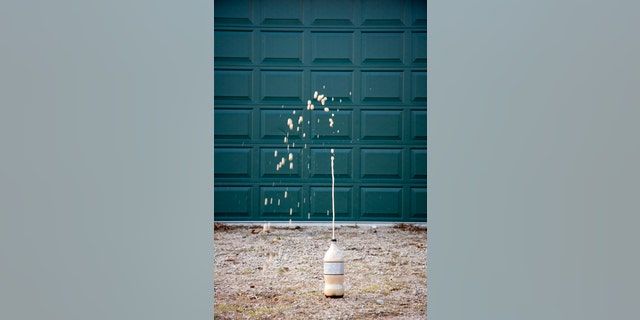 This, but on a much larger scale.
(iStock)

The climax of the nearly 20-minute video comes as the group runs away in slow motion as the tank behind them shoots the carbonated beverage high into the sky through an attached pipe after the baking soda is dropped.

The soda can be seen spewing for several minutes as the group cheers.

“My respect for Mamiks and his team, congratulations on achieving the long-awaited goal,” one person wrote via translation.

“Rumor has it that Maxim is still collecting Coca Cola bottles,” another joked.

Those who are yearning for an explosion without investing nearly $10K or four years, you can opt for just a single bottle of Coca-Cola and a spoonful of baking soda, or Mentos candy, which creates the same gaseous effect.