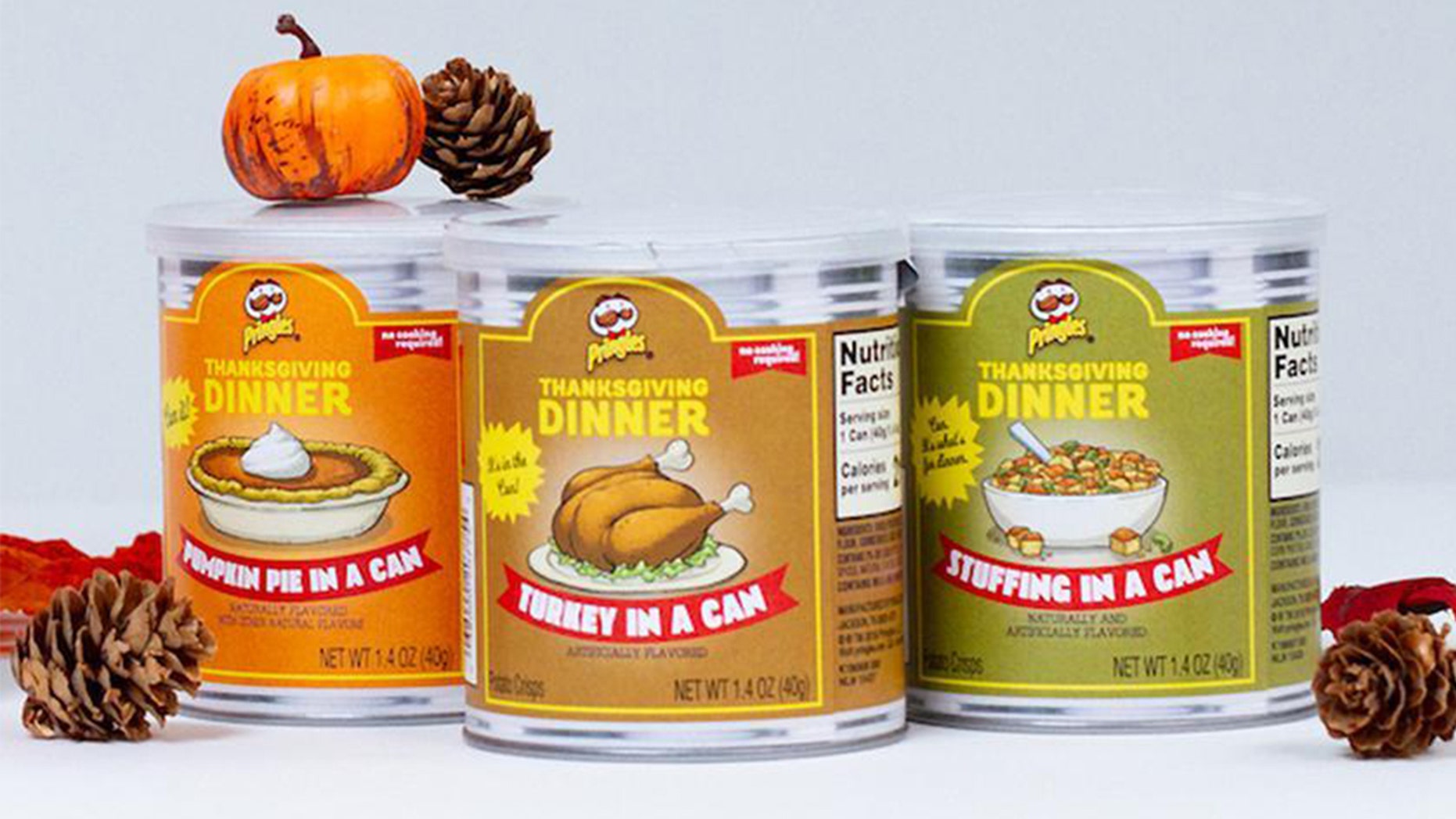 The three mini stackable cans were an instant success.
(Edelman)

Pringles was clearly onto to something with their Thanksgiving in a can idea as the holiday-themed chips sold out in under an hour.

THE SURPRISING HISTORY OF POTATO CHIPS

Pringles, which rolled out the Thanksgiving flavors – turkey in a can, stuffing in a can, and pumpkin pie in a can – to members of the media last year, decided this year to make the limited-edition chips available for anyone to order online.

PRINGLES SELLING THANKSGIVING DINNER IN A CAN WITH LATEST FLAVORS

In 2017, Pringles created eight Thanksgiving flavors that were served in a TV dinner-style tray. Among the additional flavors that did not make the cut for the three-pack were mashed potatoes, green bean casserole and cranberry-sauce. 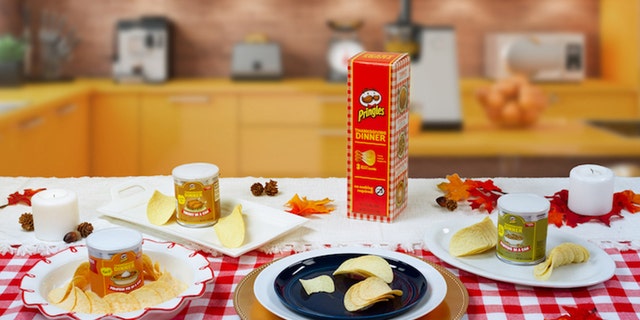 The pack of three sold out in under an hour.
(Edelman)

The senior vice president of marketing Yuvraj Arora said it was “so exciting to see Pringles fans’ positive reactions” to the holiday-themed launch last year and decided to allow more people to enjoy the festive flavors.

For those who weren’t quick enough to secure one of the holiday packs, Renee Mailhoit, media supervisor at Edelman Chicago told the Detroit Free Press that Pringles will be auctioning off a pack on eBay to coincide with Giving Tuesday.