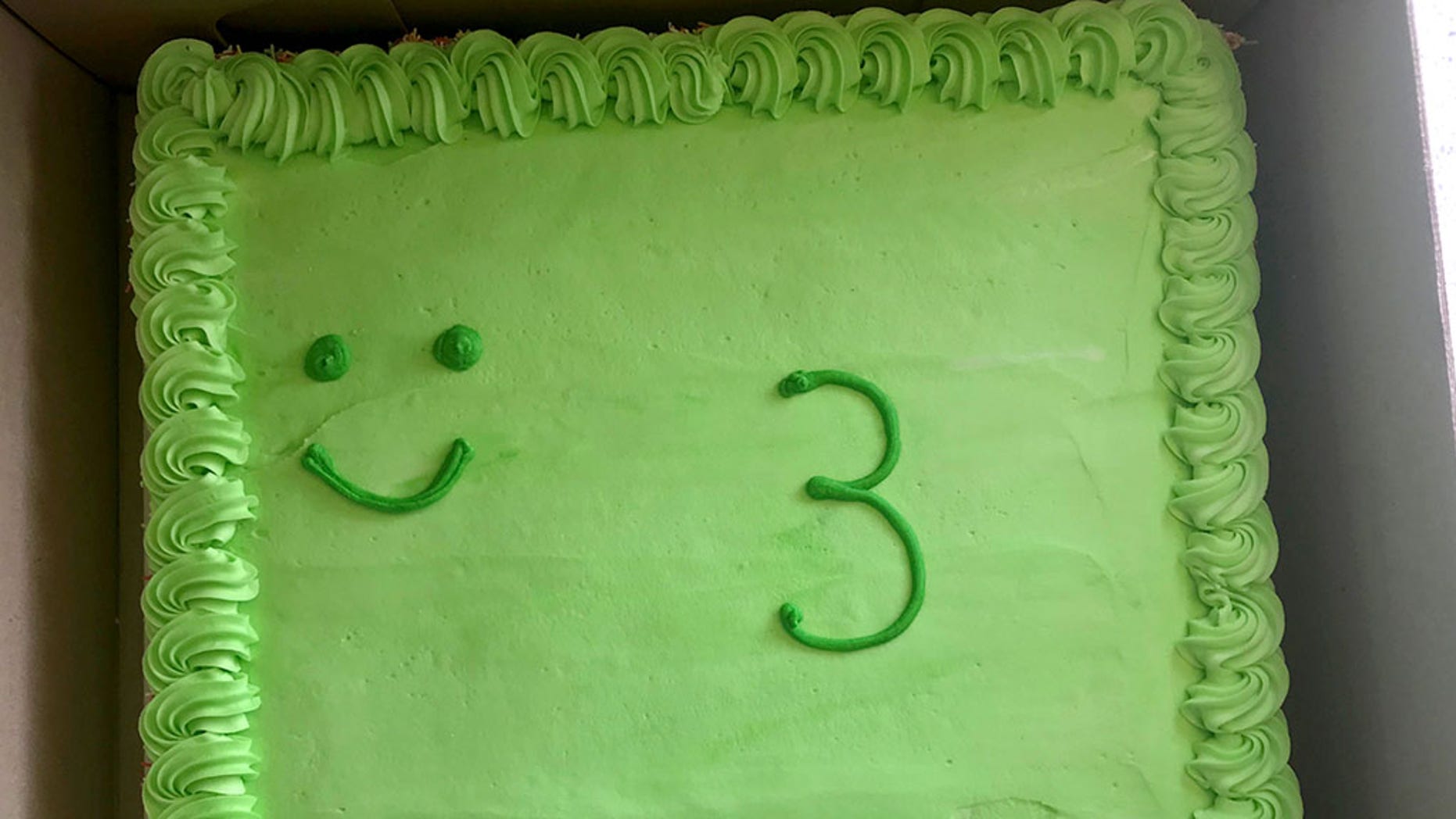 A disgusted dad has slammed an Australian supermarket after they allegedly ruined his son’s frog-themed birthday cake with their ‘pathetic’ decorating skills.
(Caters News Agency)

Parents in Australia were left outraged after they picked up a cake for their son’s frog-themed birthday party and saw one decorator’s unusual interpretation of the amphibian.

Shane Hallford, 43, said he ordered the $49 AUD ($35) cake at Woolworths, an Australian supermarket chain, three days prior to the event.

“They told me it could be done, no worries at all. He wrote down everything I said and said it would be ready by Sunday morning. I was very excited to see it,” Shane said, The Sun reported.

Shane and his wife Amy were excited about celebrating their son Mason’s third birthday, and were looking forward to seeing the cake.

“A cake is an integral part of any child's birthday party. You want a nice one, so you're able to remember it and take photos,” he said. 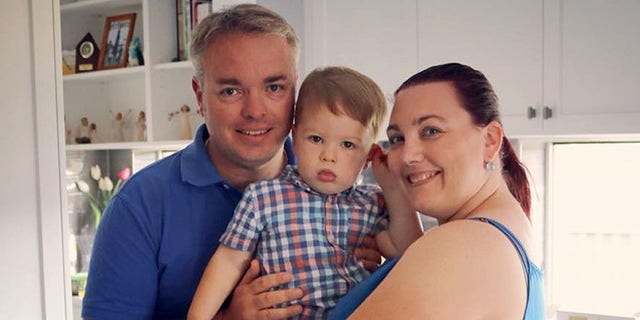 Shane said he picked up the cake on the morning of the birthday party, but didn’t check because he was in a rush getting other supplies for the event.

“I just assumed it would be fine. When I got home, I opened it up with my wife and we were both mortified,” he said.

When the couple opened the cake, they saw a minimalist green happy face and a number "3" piped onto a lime-green frosting background. Shane said Amy was particularly upset because the guests were supposed to arrive soon, and she did not want to serve the “pathetic” cake.

“We thought we would have to try and bake something else,” Shane said, per The Sun.

Shane said he called Woolworths to see if they could fix the cake on short notice, but was told the store didn’t “decorate” cakes — though he pointed out the supermarket has pre-made cakes for sale and confirmed they would be able to make the cake he requested when he ordered it. 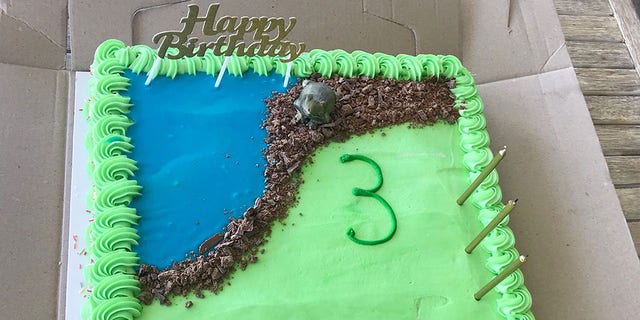 Another cake decorator managed to "save" the cake by making a frosting pond and placing a frog figurine on the cake right before guests arrived.
(Caters News Agency)

Shane and Amy said they sought out another cake decorator who was available and “saved” their son’s birthday cake twenty minutes before the party was set to start.

Shane said Mason and his friends still had a great time at the party, but the couple remained upset with the response they received from Woolworths.

“I was most disappointed with just the lack of effort. It seemed like they didn't even care,” he said. “It was a disgrace. I will never be buying cakes from Woolworths again.”

After the photo of the underwhelming cake went viral on social media, Woolworths reportedly reached out of the family to apologize and offer a $50 gift card for the incident.

“We're sorry to have disappointed the customer with our cake decorating, particularly on such a special day for the family,” the company said in a statement.