Quaker Oats announces Aunt Jemima rebranding, acknowledges that the face of the brand was ‘based on a racial stereotype’.

Months after announcing its intentions to do so, Nestlé is finally making good on its promise to rebrand a couple of candies that evoked “stereotypes or insensitive cultural depictions.”

On Monday, Nestlé announced that two such products – Red Skins and Chicos, which are sold in Australia under the Nestlé-owned brand Allen’s – will soon be renamed Red Ripper and Cheekies, respectively.

Products bearing the new names will appear on store shelves in early 2021. 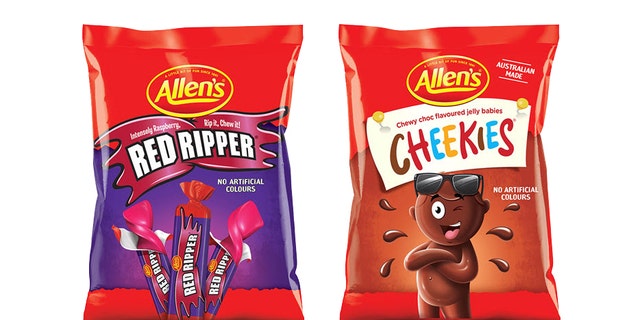 Nestlé debuted the candies’ new names on Monday, months after vowing to rebrand amid concerns of racial insensitivity.
(Nestlé)

“Nestlé has an unwavering commitment to upholding respect for our friends, neighbors and colleagues,” said Chris O’Donnell, the general manager of confectionery at Nestlé Australia and New Zealand.

“We hope Australians will support the evolution of these two much-loved lollies – while the names are new, the lollies themselves remain unchanged.”

Nestlé first announced its intentions to change the names of its Red Skins and Chicos in June, amid renewed scrutiny of several popular grocery brands following the death of George Floyd in police custody. Most of these brands – Aunt Jemima, Uncle Ben’s and Cream of Wheat, among others – have since vowed to update or rebrand entirely amid accusations of racial insensitivity.

At the time, a spokesperson for Nestlé confirmed that the conglomerate was reviewing the branding of all 25,000 items produced in the company’s portfolio with an eye for "increased awareness around inappropriate brand names and visual language.” 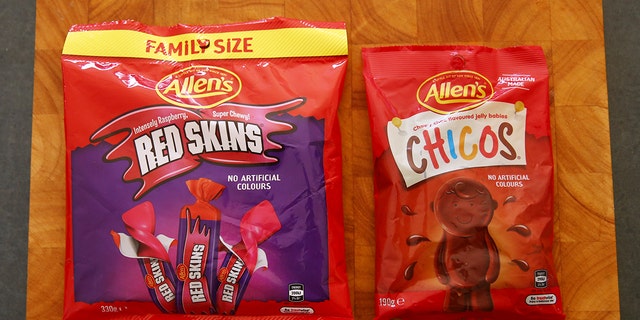 In June, a spokesperson for Nestlé confirmed that the conglomerate was reviewing the branding of all 25,000 items produced in the company’s portfolio — including its Red Skins and Chicos — with an eye for "increased awareness around inappropriate brand names and visual language.
(Matt Blyth/Getty Images)

“A diverse and inclusive culture is the foundation of our strength. Nestlé’s values are rooted in respect, and we have zero tolerance for racism or discrimination of any form,” the spokesperson said. “This applies throughout our company, including in the way we express ourselves publicly.”

Also in June, Nestlé had announced its intentions to rename a confectionery sold in Colombia as Beso de Negra, which loosely translates to “kiss from a Black woman,” although that branding still appears active on the Nestlé Colombia website.

A representative for Nestlé did not immediately return a request for comment on the Colombian brand.

Janine Puhak contributed to this report.