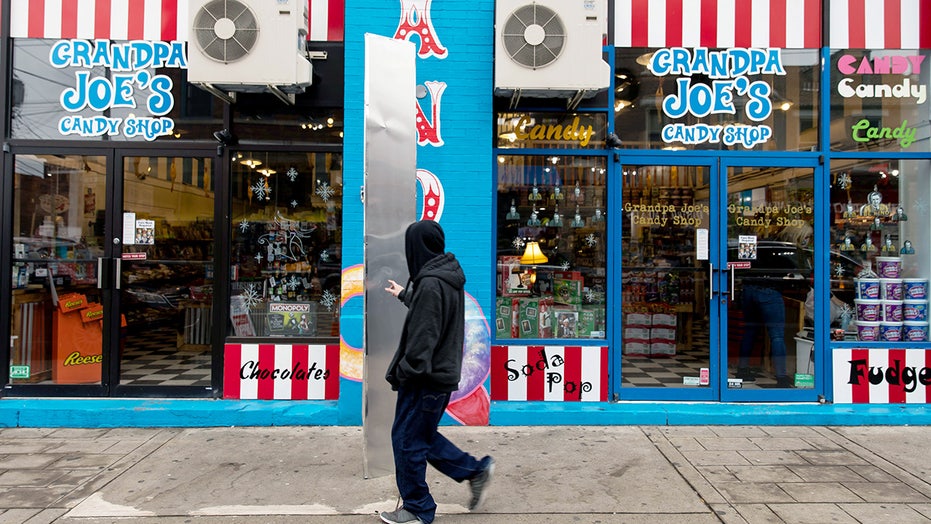 The monolith mystery continues after another structure appears, then disappears in Eastern Europe

Monoliths are really having a moment, aren’t they?

A “mysterious” monolith that appeared in front of a Pittsburgh candy shop has been replaced after the original 10-foot structure was stolen on Saturday morning.

But these particular monoliths differ from similar-looking finds that popped up in Utah or Romania or California or England, in that there was no initial mystery as to where they came from. These monoliths were commissioned by the owner of the candy shop himself. 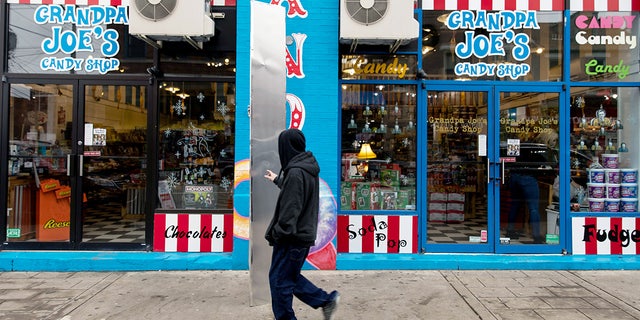 “This was publicity stunt to raise awareness about the importance of supporting small businesses who have all struggled tremendously this year," said Grandpa Joe’s Candy Shop owner Christopher Beers. "“I also wanted to add a little humor to the world news report."
(Reuters/Maranie Staab)

Christopher Beers, the owner of Grandpa Joe’s Candy Shop, says he enlisted a colleague to construct the plywood-and-sheet-metal structure as a way to lure customers — not only to his shop, but all small businesses.

“I admitted that I had this one constructed, rather than it mysteriously appeared,” Beers wrote in an emailed statement shared with Fox News. “This was [a] publicity stunt to raise awareness about the importance of supporting small businesses who have all struggled tremendously this year.

“I also wanted to add a little humor to the world news report,” he added.

Beers’ monolith — which is repeatedly referred to as "mysterious" on Grandpa Joe's Facebook poage — was an immediate hit with passersby when it first went up on Thursday morning, he said. “Those who know about the recent phenomenon are surprised to find one here in front of my store… most take a selfie or give it a hug.”

On Saturday morning, however, the metallic monolith “disappeared,” Beers shared on Facebook. But rather than share the surveillance video to track down the thieves, he simply had another one built.

“We knew our gimmick would gather worldwide attention, our message is to remind everyone to support small businesses,” reads the latest Facebook post from Grandpa Joe’s, which has 10 locations in Pennsylvania and Ohio.

“We thank everyone for their continued support and hope this provided a little comic relief during such a difficult time.”

Meanwhile, the mystique surrounding other monoliths which have appeared, and then disappeared, from locations around the globe, may too be vanishing into thin air.

“The Most Famous Artist” — an artist collective based in Santa Fe, N.M. — has taken responsibility for at least some of the structures, and is currently selling “authentic alien monoliths” on its website.