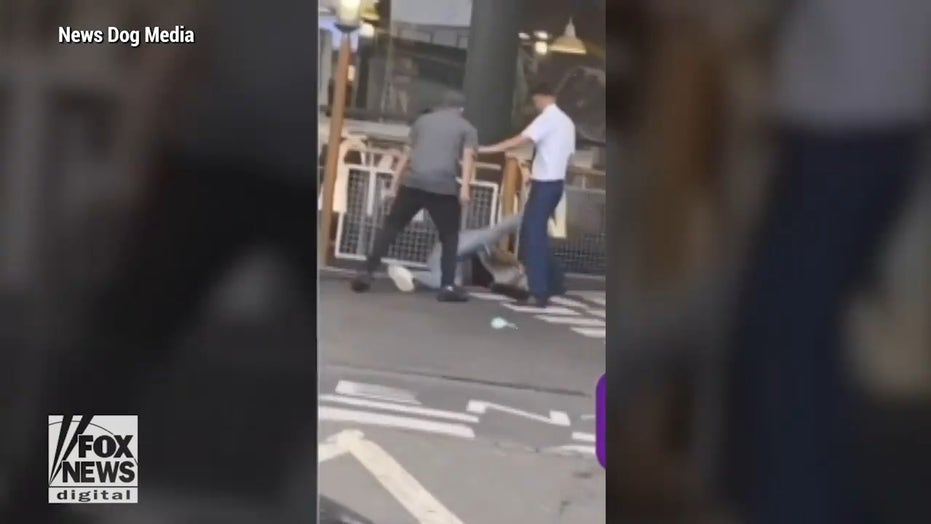 WATCH: McDonald’s employee is filmed striking a customer with a spatula after he ‘stormed the kitchen’ in East London over the weekend.

This customer appeared to be flipping out.

A McDonald’s employee was filmed striking a customer with a spatula after he reportedly “stormed the kitchen” over the weekend, according to reports.

The incident is believed to have occurred outside a McDonald’s in Whitechapel, East London, around 7 a.m. Sunday. In footage obtained of the fight, the employee is seen hitting the customer, who is on the ground, with a spatula used for flipping burgers. Another person, who appears to also be an employee, is seen briefly trying to stop the altercation before pushing the customer back on the ground once he tries to get up.

The employee with spatula returns momentarily, but then both he and his colleague retreat back into the restaurant while the customer leaves. 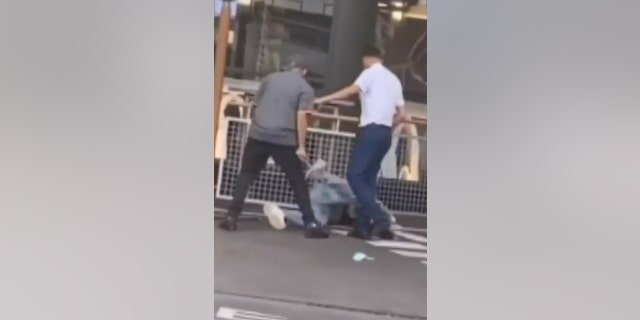 A spokesperson for McDonald’s confirmed the incident, and said the customer had become “verbally and physically aggressive” toward its crew.
(News Dog Media)

The fight broke out after the customer allegedly tried to “forcefully enter the restaurant kitchen.”

In a statement to The Sun, a spokesperson for McDonald’s confirmed the incident, and said the customer had become “verbally and physically aggressive” toward its crew.

"This video shows the culmination of an incident in which a customer had become verbally and physically aggressive toward our restaurant team, and also forcefully entered the restaurant kitchen. The employees reacted quickly by alerting the police and removing the customer from the restaurant, and he was subsequently arrested.

"We do not tolerate any form of violence or abuse and have offered our full support to our colleagues involved in this incident.”