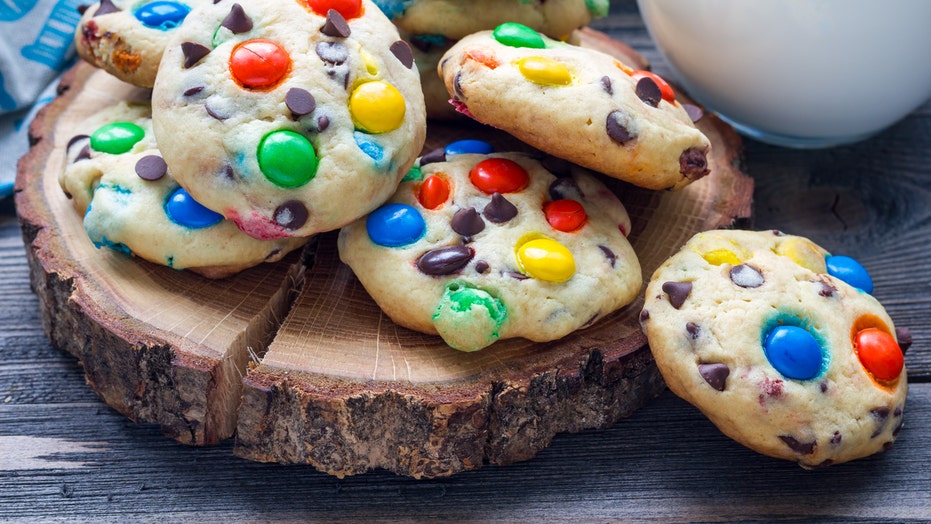 One man’s dream is another man’s culinary nightmare.

A Twitter user has shocked the precious palates of social media users everywhere with his recreation of a freaky food farrago that came to him in a dream.

According to the user, he “had a dream where there was a food called ‘King’s Hand,’” he shared on Twitter, which was made up of “a hollow hand made of m&m cookie [and] filled” with a salad of tomatoes, cucumber and feta.

Apparently the “King’s Hand” was so enticing he dedicated an entire week to making it a reality – two to days days were spent waiting for the hand mold and buying M&Ms, he wrote.

Once he made the hand mold with food-grade silicon putty, he began hand-crafting the confection by making a cookie dough, lining the hand with M&M's and then baking the dough. In his follow-up tweets, the cookie baking process seems to have taken the longest time.

After it is cooked, he said to freeze it and make the salad before putting it all together.

Several who saw the odd culinary mash-up of sweet and salad-y have no plans to recreate the dish.

Though, more than horrifying readers, Twitter users instead shared their own bizarre dream delicacies.

If baking a cookie and stuffing it full of dressed vegetables doesn’t sound like your idea of a royal treat, there are several other cooking options that have gone viral. According to TikTok, these are the top 10 food trends of the year.