Utah may already have a state animal – and a state folk dance, but what it doesn’t have is a state beer.

The Beehive State, like every single other state in the U.S., does not have an officially recognized state beer. Budweiser wants to change all that. 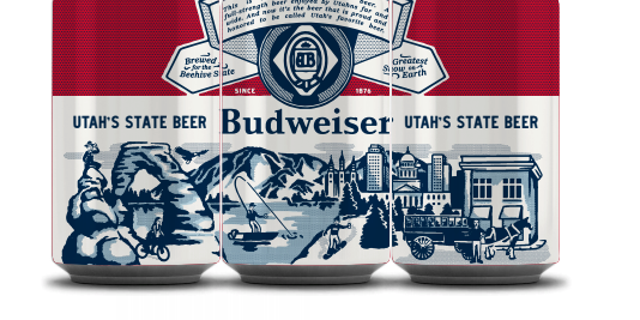 Though even if Utah does not accept Budweiser as its state beer, Budweiser is still offering a custom can design.
(Budweiser)

If you’re wondering, “Why Utah?” – it’s apparently to commemorate Budweiser’s first foray into the state after it increased the allowable alcohol content for beers to be sold in grocery stores and bars from 3.2% to 5% in November 2019.

“In 2019, Budweiser became one of the first full-strength (5%) beers to be sold in Utah, laying the 3.2% ABV beer law to rest with an unforgettable Clydesdale-led funeral,” the press release read.

Though even if Utah does not accept Budweiser as its state beer, Budweiser is still offering a custom can design.

The beer brand is asking customers to tag “Bud4Utah” on social media. If 84,899 tags are recorded – the number representing the square feet of Utah, the press release shares – then Utah will get its own specially-designed Budweiser can representing the state.

The campaign ends September 13. The beer cans are scheduled to roll out next year.