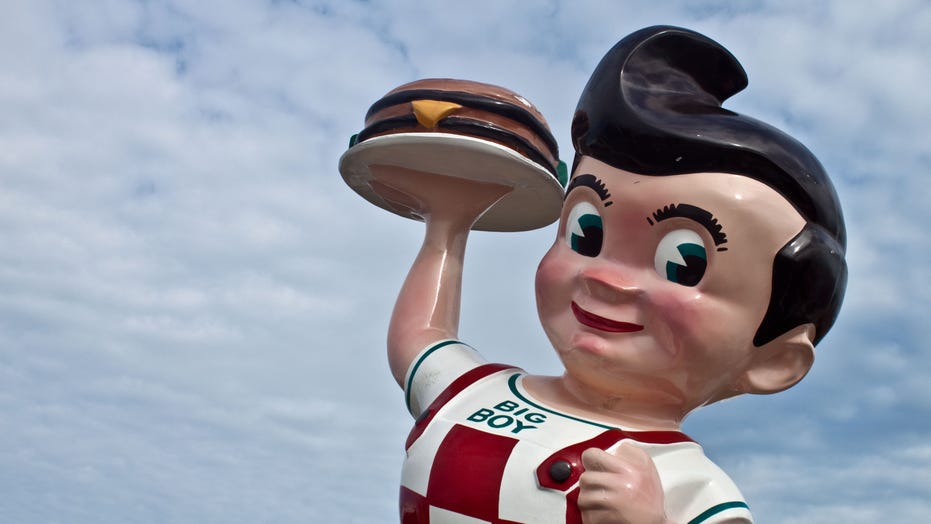 Sometimes, even big boys have to move on.

Big Boy restaurants recently announced the arrival of a new chicken sandwich to its menu. To celebrate the new item, the restaurant dusted off a forgotten character from its history, Dolly, to replace the Big Boy as the restaurant’s official mascot.

Dolly, a character that was featured in the Big Boy comic book series from the 1950s, will be serving as the company’s mascot to promote the new sandwich, Fox 8 reports. For now, at least, the Big Boy will be stepping out of the spotlight.

According to the news outlet, Bob’s Big Boy director of training Frank Alessandrini said, “We are rolling out a brand-new chicken sandwich. We’re calling it the best cluckin’ chicken sandwich around, and Dolly, who has been with Big Boys since the 1950s as far as we can go back with our comic books. We decided that she’s going to be the star of this sandwich as Big Boy was the star of his double-decker sandwich.”

Alessandrini explained that the company wanted “to show that we’re still moving forward. We recognize the times that we’re in, hopefully, turning the corner in this pandemic and come out of it, but we want to set ourselves up for the future as well.”

While the change is mascots appears to simply be a promotional push for the new sandwich, Alessandrini seemed to imply that a more permanent change could take place.

“It is Dolly’s time to shine now with our chicken sandwich,” he said. “So, she’s taken the forefront right now. She’s in charge. The name will always be Big Boy, but as far as the logo, she’s leading the charge, and we’ll see when he comes back if he does.”