One woman’s visit to a Red Lobster in Florida over the weekend ended a bit shell-fishly, you might say. According to WFLA, a Tampa news station, Kimberly Gabel was arrested after causing a disturbance in a St. Petersburg Red Lobster, which ended with her snatching a live lobster out of the tank and running.

On Saturday afternoon, a manager asked Gabel to leave the restaurant after she was being loud and disturbing other customers. Pinellas County Sheriff’s Office says Gabel began cursing and headed toward the front door. Before she made her grand exit, though, she reached into Red Lobster’s signature lobster tank and grabbed an unsuspecting lobster. Then, she ran out of the restaurant.

First of all, I would be terrified to reach into a lobster tank. Second, what in the world did she plan to do with the poor, live lobster?! Officers found Gabel “a short distance later”, and she was slurring her words and smelled of alcohol.

Gabel told officers she didn’t know “what she did with the lobster” because she was “blacked out drunk.” She also mentioned that “she did not care, because she did not do anything wrong.”

Apparently, Pinellas County Sheriff’s Office begged to differ. Gabel was arrested for disorderly intoxication. WFLA reports that she was released from Pinellas County Jail on a $100 bond. It’s unclear whether or not the lobster was found.

Moral of the story here, my dear readers? Don’t steal, period. Also, maybe don’t get black-out drunk at Red Lobster in the middle of the afternoon? I don’t know. 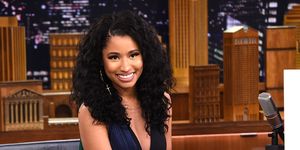