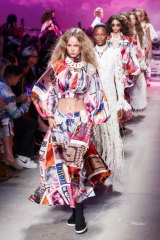 The resistance movement during World War II and 1960s' surf culture may be worlds apart but Australian brand Zimmermann has never shied away from mixing up its inspiration.

Designer Nicky Zimmermann, one half of the duo she co-founded with sister Simone, said the spring/summer 2020 collection, dubbed "Wavelength", was inspired by one particular memory from her days attending Taren Point Public School, in Sydney's south.

"I love to show connection to a memory or something I can identify with … from where we’re from," she said from New York. "This collection is about being at school in December, you’ve done your exams, and the teachers [say], ‘You can watch a movie’."

In Zimmermann's case, that film was the 1966 Bruce Brown surf documentary Endless Summer. "It was about these guys who followed their passions, they travelled the world doing what they loved. And this beautiful vision of surfing. It’s always resonated with me," she said.

As Zimmermann and her design team trawled archives for references from the time, she was drawn to posters with strong "artwork and the colours, and the fonts were amazing". 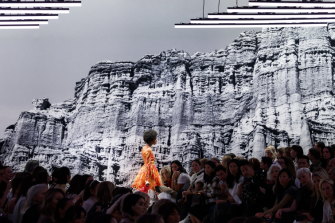 The collection was shown in New York against a backdrop of cliffs and the ocean.Credit:EPA

What results is a collection, shown on the runway in New York overnight, that is brighter and more bold than previously but still unmistakably Zimmermann, in a colour palette of burnt oranges and citruses, sea foam green,
aqua and magenta. Linen plays a big part in the collection, with some pieces featuring a print of female surfers. 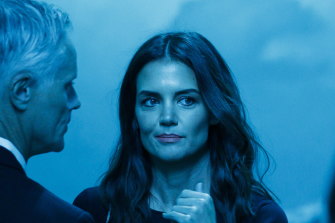 And while its famed dresses feature prominently, there are also styles for the more relaxed woman in knits, windcheaters and denim. 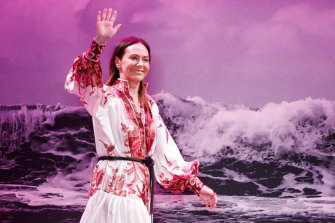 Designer Nicky Zimmermann evoked memories from her school days for the collection.Credit:EPA 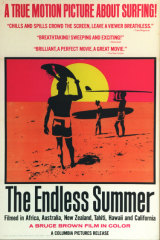 A poster for ‘Endless Summer’.

"We want people to walk away thinking, 'I cannot wait for next summer.' It’s about feelings – it’s not about surfing per se – there’s an edgy vibe to it. It was really about adventure and spirit and freedom."

There is also freedom in the clothes, with Zimmermann saying the styling for the show was more "slouchy" than usual. And unlike the most recent collection, which was inspired by allied secret agent Nancy Wake, AKA "The White Mouse", Zimmermann said she didn't have a particular woman in mind, even though her daughter is a keen surfer. Rather, she was picturing a broad range of women who embody the Zimmermann brand.

"When you're designing, my team and I are continuously going back to our mood board and asking, 'Is this our girl?' Sometimes it's difficult to understand … it’s really important for me that we are coming from a strong thread and idea."

Zimmermann has shown on the official New York schedule since 2013 and last week launched its 12th store in the US, on Madison Avenue on the Upper East Side. The brand now has 27 stores worldwide, including Capri and Paris. Recently, Zimmermann said the company's revenue was now tilted in favour of overseas sales ahead of domestic sales.

We need to lighten up! The world's sense of humour failed making KFC apologise for ad – it's not sexist or stereotyping
Lifestyle News

Gwyneth Paltrow shows off her abs at ‘The Goop Lab’ screening

We Need to Talk About Awkwafina’s Pantsuits

The secrets behind Jennifer Aniston still looking fabulous at 50

Trump Plans To Force Brazilian Asylum-Seekers To Wait In Mexico

Jeff Goldblum Doing Rope Tricks On ‘Conan’ Is Peak Internet Daddy
We and our partners use cookies on this site to improve our service, perform analytics, personalize advertising, measure advertising performance, and remember website preferences.Ok