Wrong. It's actually mostly alive – crawling with billions of microbes. 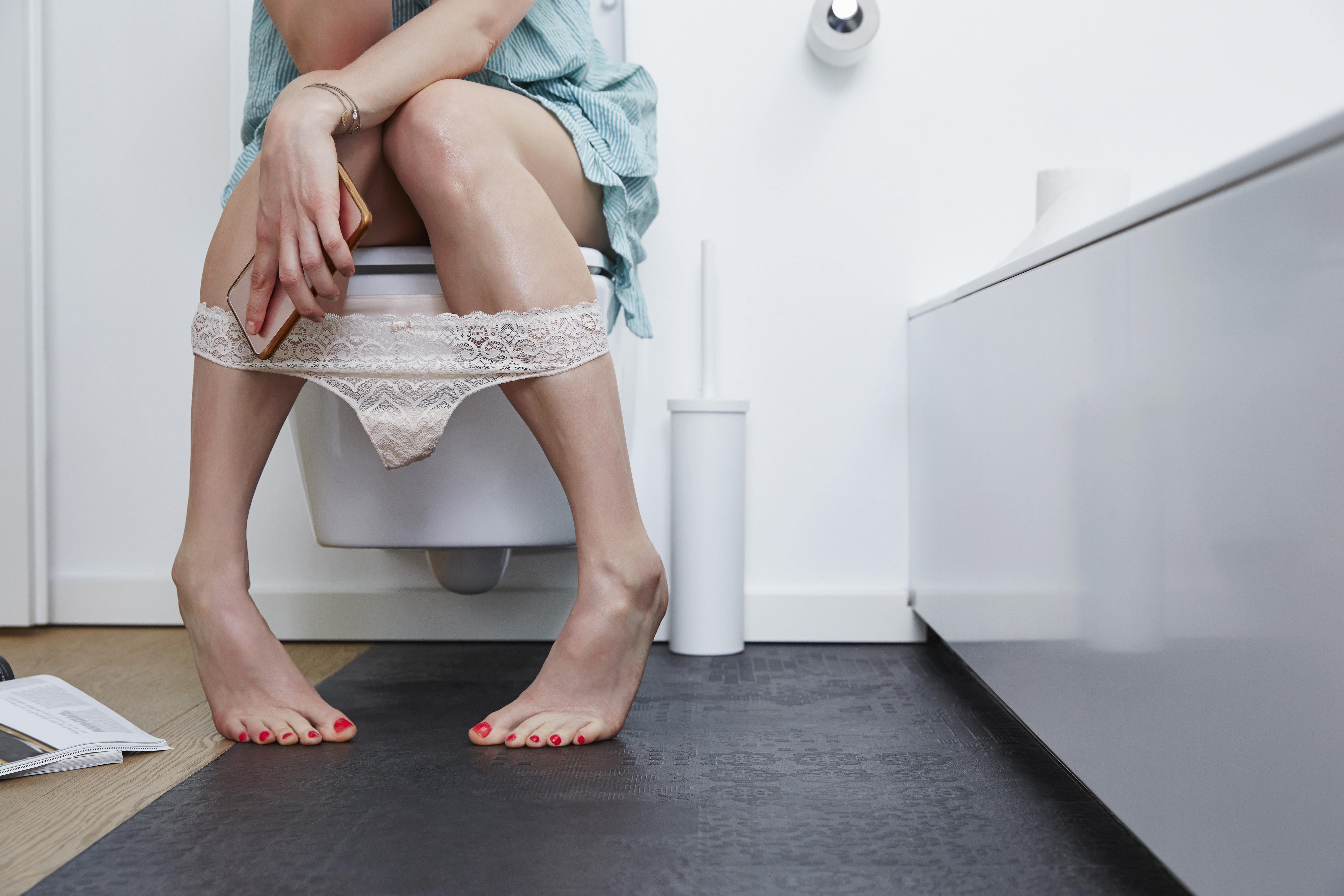 We can tell a lot about our bodies from our poo, from what we eat to how healthy our guts are, and whether we're suffering from any internal issues.

Here's what it's made up of:

Worryingly, scientists say that they've found tiny bits of plastic in human faeces for the first time – meaning that our plastic pollution problem is finally starting to directly impact us. 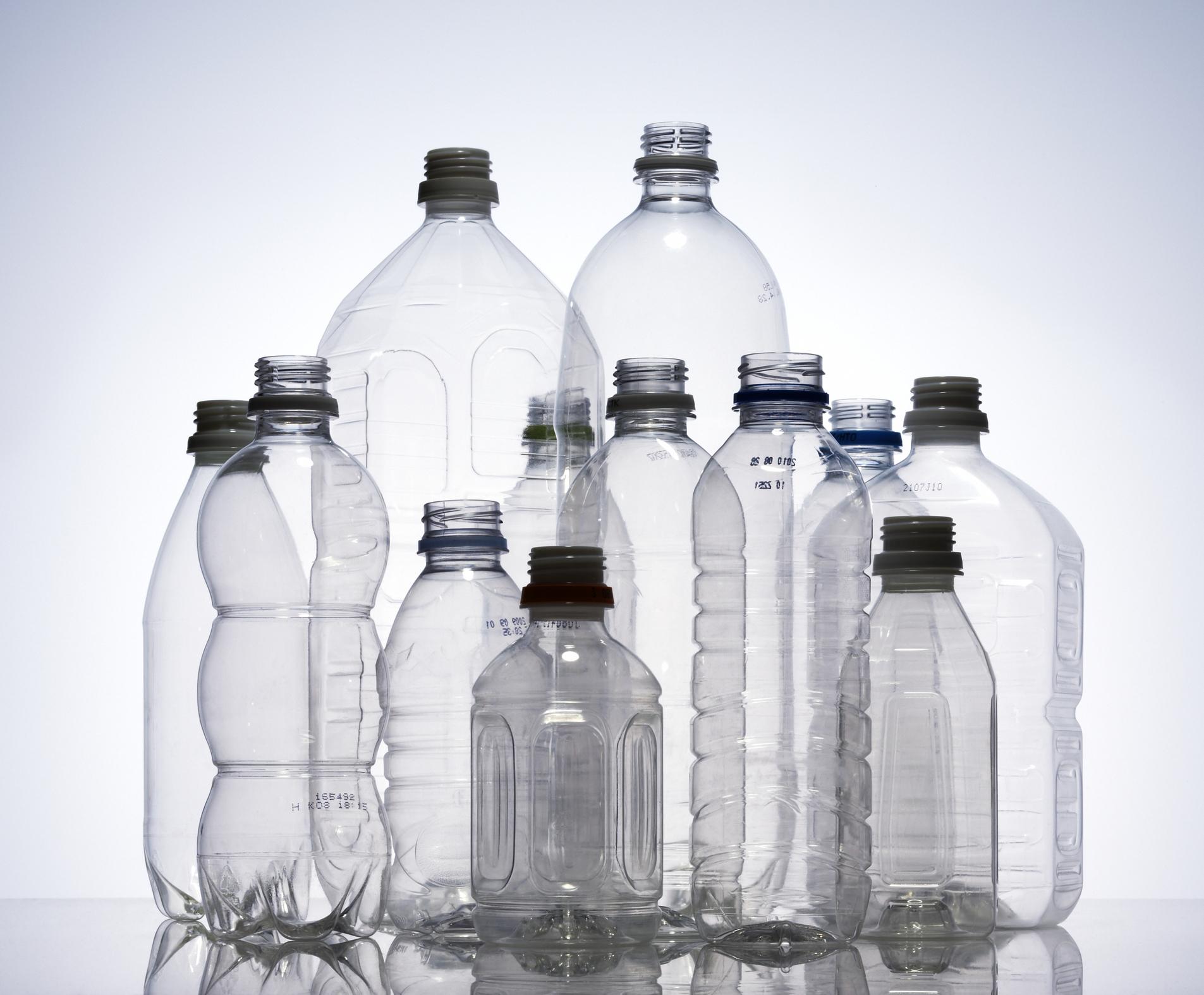 If you drink from plastic bottles or eat food that comes wrapped in plastic, you're actually ingesting tiny amounts of that packaging.

Plastic pieces attract cancer, hormone-disrupting, diabetes-causing chemicals the longer they stay in the sea. And that plastic then enters the fish we eat, the water we drink and the salt we use.

In fact, last year The 5 Gyres Institute tested a load of German beers and found that every single one tested positive for microplastics. Yum! A recent study found up to nine different types of plastic in people's poo – which is terrifying. 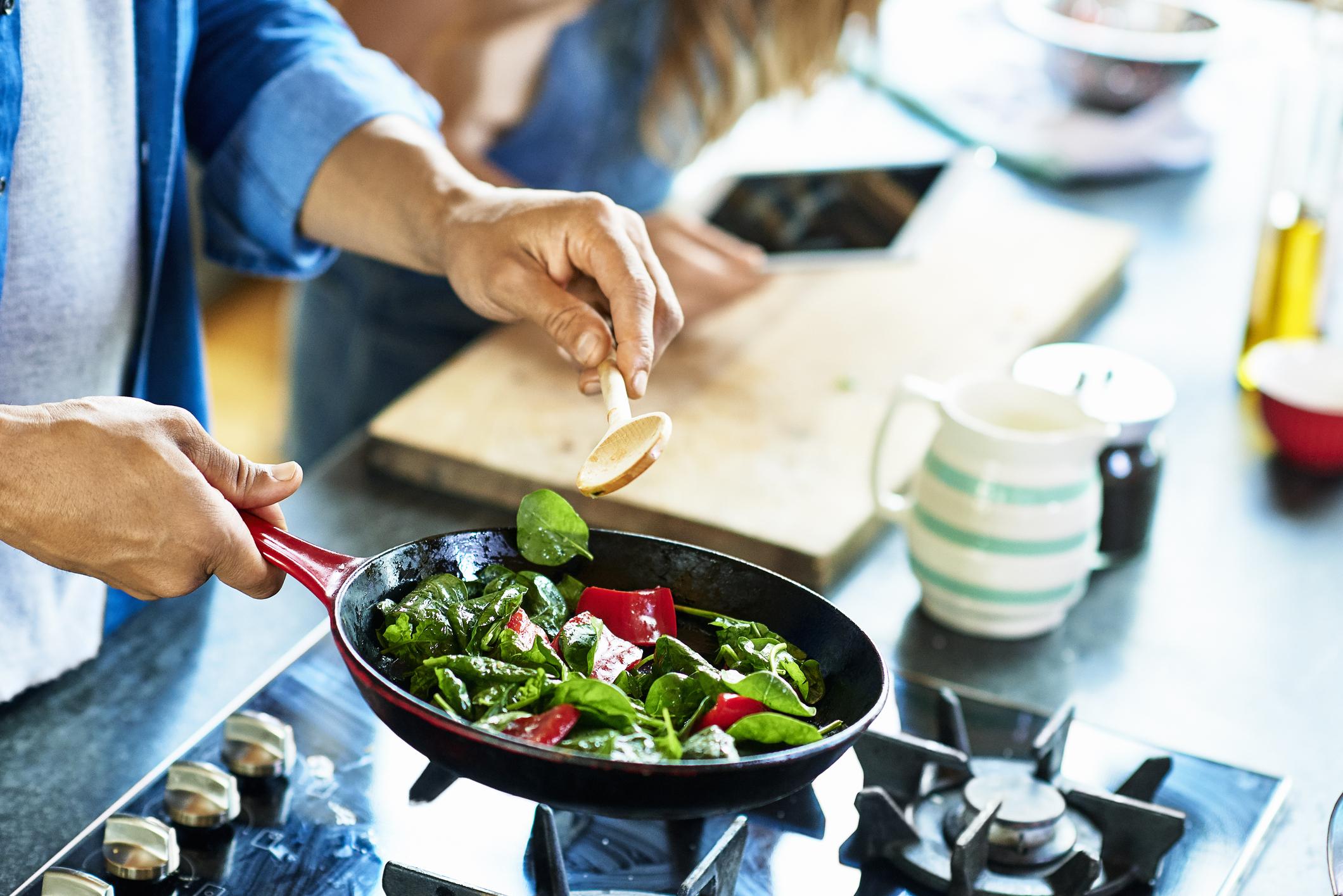 Around 75 per cent of your poo is made up of water, but that changes according to your diet.

Vegetarians have more water and people who eat less fibre and more protein have a lower water content.

Fibre carries a lot of water, which makes our poo bulkier and increases the frequency of bowel movements.

The other 25 per cent is made up mainly living organic matter (although there's also some digestive juice and minerals). 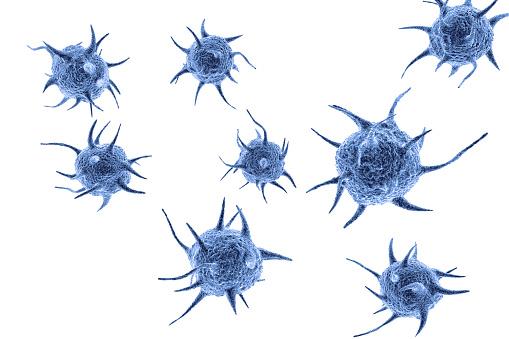 There are nearly 100 billion bacteria per gram of wet poo and according to one study, almost 50 per cent of that is alive.

Different types of bacteria can influence what our poo looks and feels like. Some, like the Prevotella bacteria, can be found in the mouth, vagina and gut, are associated with softer stools – and if often found in high-fibre diets.

Certain yeasts are live in the gut of around 70 per cent of healthy adults and there can be up to a million microorganisms per gram of wet poo associated with them.

But not everything in our faeces is friendly.

It's estimated that there are between 100 million and 1 billion viruses per gram of wet poo ion most of us, and that amount changes when we become sick with things like norovirus – which can send levels up to more than 1 trillion per gram. How bonkers is that? 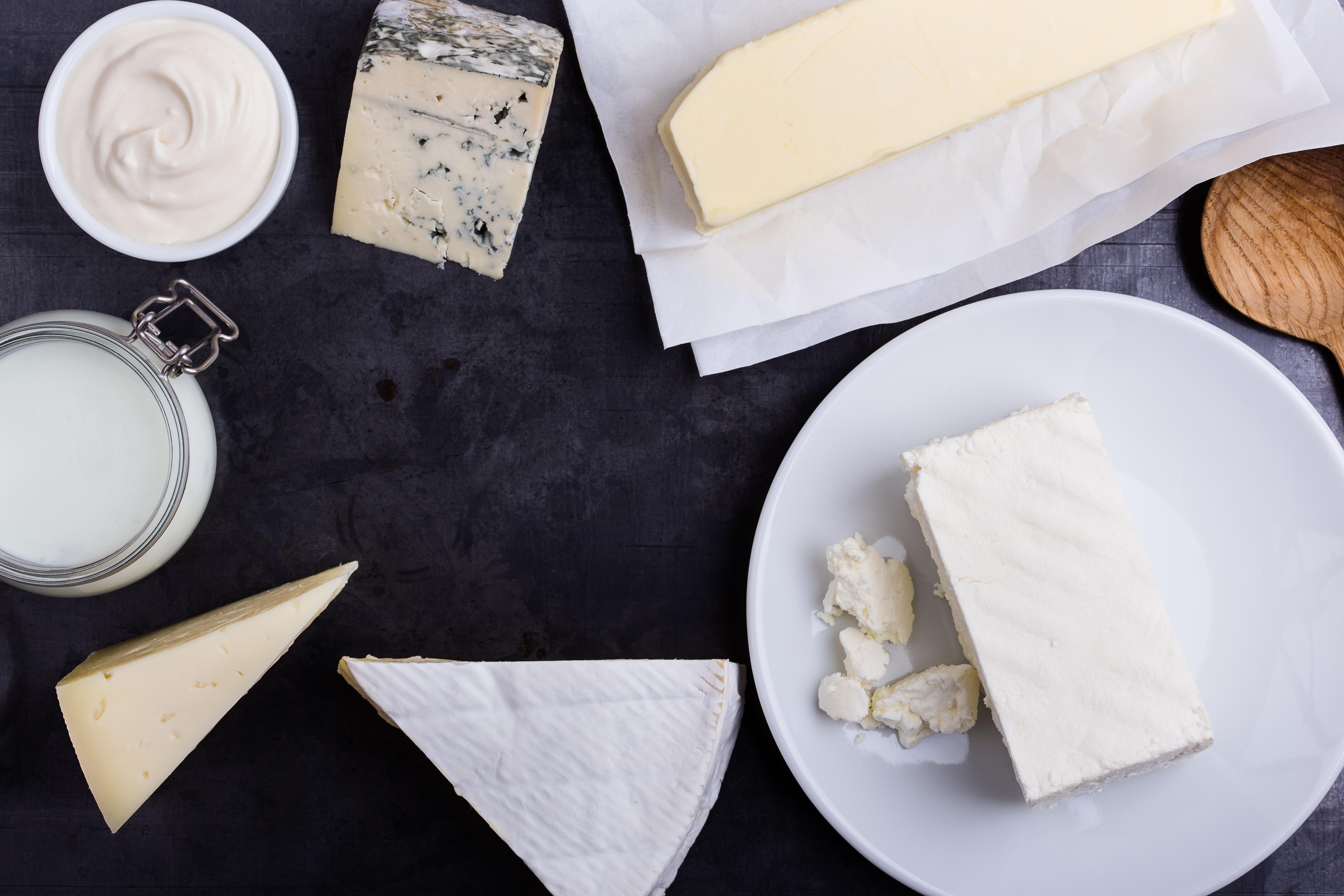 Most of the carbs we eat are absorbed but we do excrete dietary fibre.

Up to 25 per cent of the organic matter in faeces is undigested dietary protein and protein from cells lining the colon that has been shed.

Fats can make up to 15 per cent of that too. The amount varies according to diet but even if you ate no fat at all, your body would still excrete a bit into our poo as bacteria can form short-chain fatty acids when they ferment food.

Poo can also tell us a lot about our overall health – and can be a sign of serious disease.

While you may notice slight changes on a day to day basis, more drastic changes in your bowel movements can be a red flag sign for things like bowel cancer and inflammatory bowel disease, so make sure you see a doctor.

HOW HEALTHY IS YOUR POO? THE SIGNS THAT YOU MAY NEED TO SEE A GP

A healthy poo should be a medium brown, but that doesn't mean it won't sometimes be another colour.

But there are some colours that you need to worry about, so make sure you keep an eye on what goes into the toilet.

What are the symptoms of bowel cancer?

The five red-flag symptoms of bowel cancer include:

Tumours in the bowel typically bleed, which can cause a shortage of red blood cells, known as anaemia. It can cause tiredness and sometimes breathlessness.

In some cases bowel cancer can block the bowel, this is known as a bowel obstruction.

Other symptoms can include:

While these are all signs to watch out for, experts warn the most serious is noticing blood in your stools.

But, they warn it can prove tricky for doctors to diagnose the disease, because in most cases these symptoms will be a sign of a less serious disease.

This is usually nothing to worry about as it is often caused by a diet high in green vegetables, but if you have unusual symptoms with it speak to your GP.

The colour can be caused by bile in the poo.

Bile is a brownish-green liquid created by the liver that helps aid digestion, but it can sometimes turn your poo a little to the green side.

It's nothing to worry about, it just means your liver and pancreas are working normally.

This can be a sign of something quite serious – internal bleeding.

A black stool indicates bleeding from somewhere within the digestive tract and tends to be a red flag sign for bowel cancer, so don't hesitate to speak to a doctor.

What are the symptoms of IBD?

IBD, or inflammatory bowel disease refers to conditions like Crohn's and Ulcerative Colitis.

They're chronic illnesses, meaning that you have them for life. While symptoms can be managed, there is no current cure. You can go through bad episodes where your IBD seriously impacts your daily life, and good episodes where it seems to be in remission – but the disease will always be there.

The symptoms of Crohn's and UC are very similar, and they include:

Less common signs can also include:

Red poo can be caused by blood in the poo.

As well as bowel cancer this can indicate another condition called haemorrhoids or piles, or things like Ulcerative Colitis.

Again, always see a doctor if you experience blood in your poo.

If your poo has a light colour or fatty consistency it could be a number of things.

A high-fat diet can cause excess fat in your poop, so you may need to start eating healthier.

But a lighter coloured poo can also indicate a problem with your pancreas.

There are seven types of poo, according to the Bristol Stool Chart, and the type you expel depends on how long it spent in your bowel.

But your overall health also plays a role in what your poo looks like. 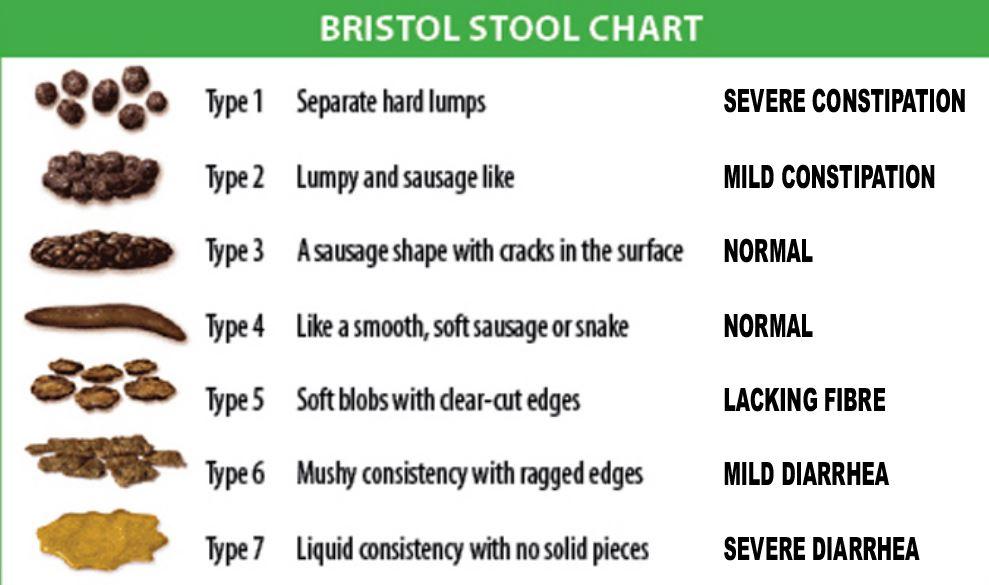 Based on the stool chart, types one and two indicate constipation, types three and four are the ideal poos and types five to seven indicate diarrhoea.

What consistency should your poo be?

Anything other than that could indicate a more serious condition, like bowel cancer or irritable bowel syndrome.

It's important that you know what's normal for you

If anything changes, see your GP as quickly as possible.