RESEARCH shows that more than half of us are losing our V cards before we’re ready.

From being 'too young' and having 'no regrets', three women reveal all about their first time. 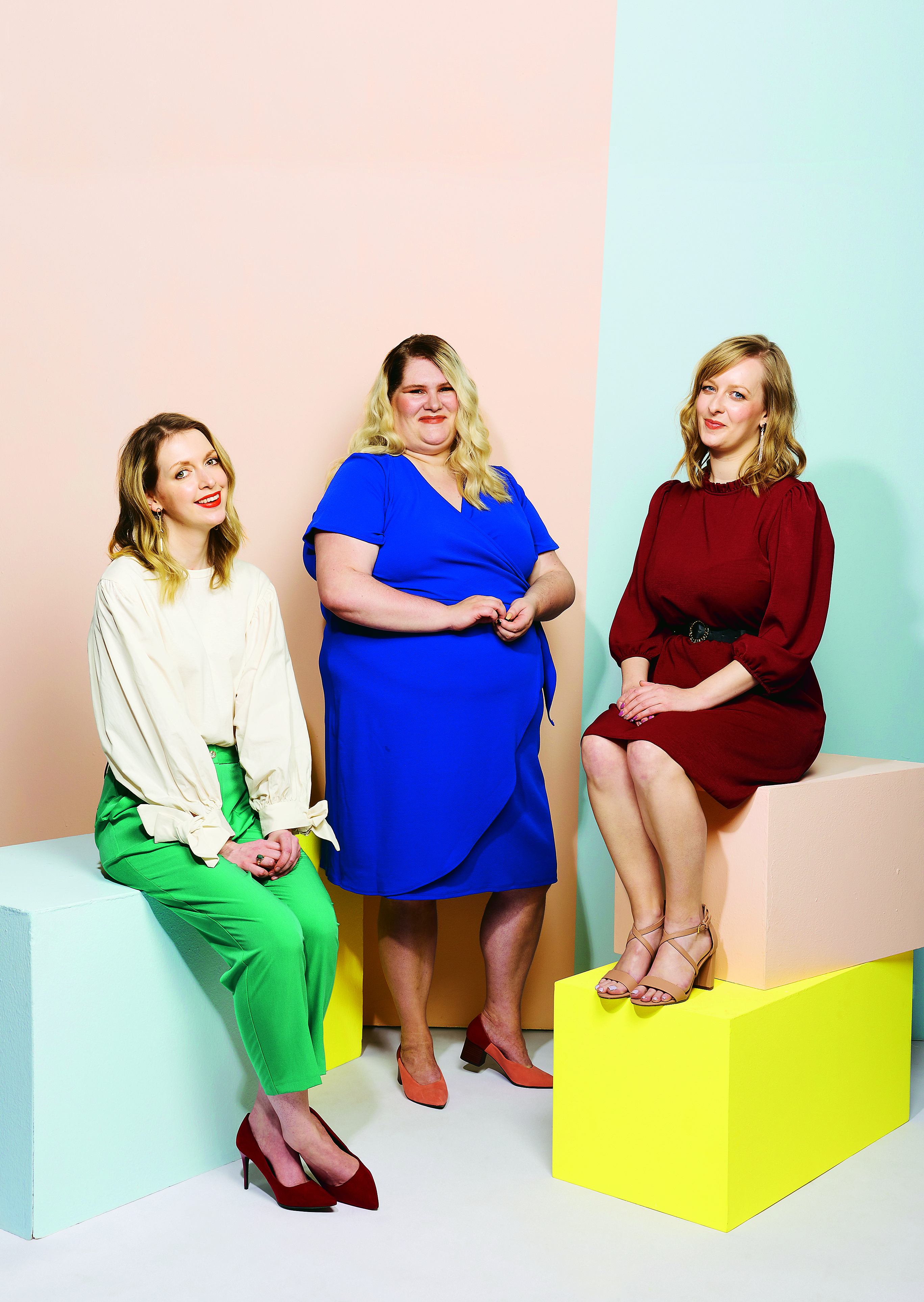 HADLEY Middleton, 30, a press officer, is single and lives in London.

“Watching another girl chatting up my boyfriend Adam* at school, I felt like crying. He wasn’t flirting back, but I still panicked – what if he decided to dump me for her? There and then I decided I’d stop him from straying by giving him the one thing he wanted most: I would have sex with him.

“It was 2005, I was 15 and in year 10 at high school. Before Adam, I’d only kissed a handful of boys. I was confident with my friends, but I had  a nagging feeling that I didn’t really fit in.

“ I wasn’t one of the popular girls, and everyone else seemed to have more sexual experience than me.

“Our relationship began in January 2005, when one night I was logged on to MSN Messenger and Adam began messaging me being flirtatious. I was both flattered and nervous. 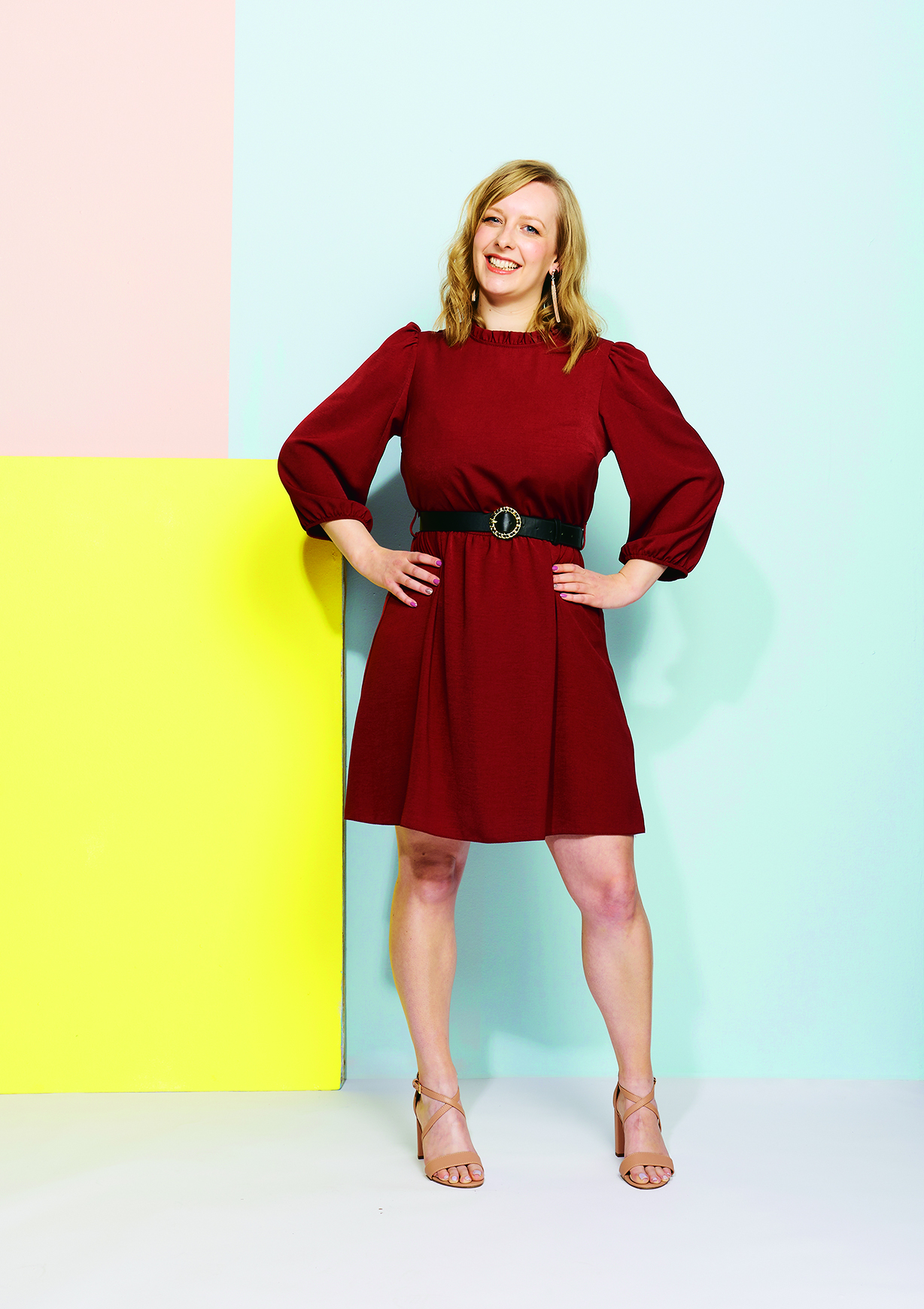 “He was one of the cool kids  in the year above me, but also seemed kind and smart. I felt like he was way out of my league and I desperately wanted to impress him. We started dating a few weeks later, but he wouldn’t really talk to me at school, which upset me.

“He’d say hello if we passed in the corridor but that was it. If I tried to bring it up, he’d just say: ‘I like how we don’t make  a big deal about us going out at school.’

“His friends were dismissive of me, too, and mostly ignored me. By the time we’d been dating for two months, we’d kissed and there had been some touching, and though I knew he wanted to have sex, he hadn’t pressured me.

“When I performed in the school dance show that April, Adam turned up to watch with his friends and I was thrilled. But afterwards, when I saw another girl flirting with him, I felt that I had to do something to convince him to stay with me. It sounds ridiculous now, but I was insecure and naive. 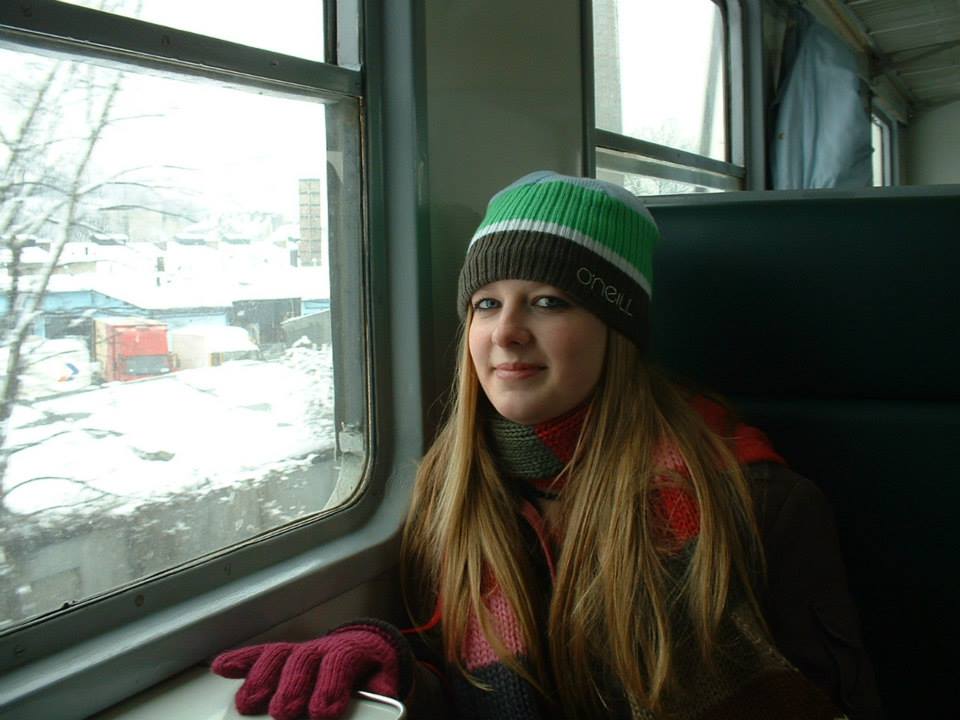 “A few weeks later, I invited him to my parents’ house one weekend when they were out during the day, and we had sex using a condom.

“He was mortified when it only lasted a few minutes – he was a virgin, too, and though I tried to reassure him, he didn’t want to cuddle afterwards. Instead, he just got dressed, limply hugged me, then left. I knew he was embarrassed, but I didn’t know what to say. After he’d gone, I felt empty.

“Things petered out soon afterwards. We messaged for a while but he refused to talk about what had happened, which made me feel sad and disappointed. As we had both told our friends, everyone at school found out we’d slept together and I was teased mercilessly.

“My close friends supported me, but it was really hard rising above the gossip while I was trying to focus on my GCSEs. It’s unfair how virginity is perceived for men – for them, losing it is a badge of honour, but as a woman I was judged and shamed.

'Everyone at school found out we’d slept together'

“In retrospect, I was just too young. At 15, you just don’t have the emotional maturity to understand or enjoy sex, or deal with your feelings afterwards. My mum, now 55, also found out when she noticed that my bed sheets were messed up.

“When I told her, she said she was very disappointed in me for sneaking him into the house instead of being honest, which devastated me. I took a break from boys after that.

“When I went to college in September 2007 aged 17, I fell in love  with a boy called Tom. We dated for just over a year and discussed our feelings before deciding to sleep together after three months. I told my parents after it happened and Mum just wanted to know if I was OK and if we were being careful. By then, I felt like a completely different person from that naive 15 year old.

“Sleeping with Tom was a special experience, and I appreciated it more because my first time had been so underwhelming.  If I ever have children myself, I’d encourage them to talk to me and wait until they are older. Hopefully, their first time will be different from mine.”

SARAH Hallows, 27, a student and bartender, is single and lives in Colchester.

“Madonna’s Like A Virgin was playing full blast as I led the guy I’d just met at a house party upstairs to the bedroom. At 25, I’d waited a long time to have sex, but in that moment it felt right. By the time I was 15 in 2008, lots of my friends had done it, but I wanted to wait for the right guy. 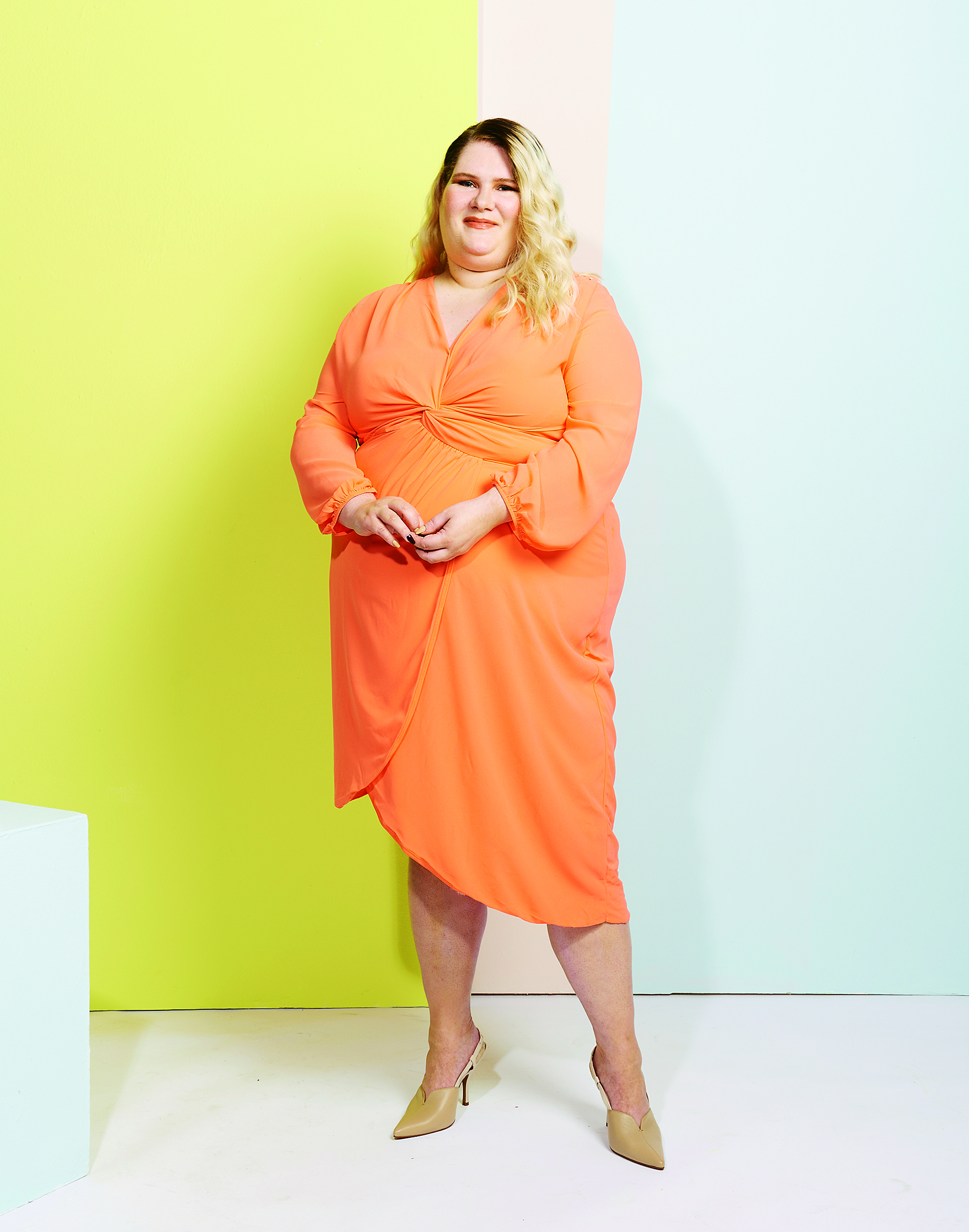 “My mum was a strict Catholic and sex wasn’t something we talked about at home, but I was very open to my friends about still being a virgin. Despite the pressure at school to get it over and done with, I didn’t feel like I had to give in to please other people.

“Plus, I was academic, so a boyfriend wasn’t top of my list – I didn’t even have my first kiss until I was 18. It was never my intention to wait until my 20s, and while guys propositioned me at parties, I didn’t feel ready and never met anyone I clicked with.

“I stayed single after school and during my early 20s while I studied at college and worked in a charity shop, and then as a private tutor. However, I did go on dates occasionally. Whenever I made a new friend, they would be surprised to hear I was still a virgin, but I was never ashamed.

“Once on a night out in July 2014, I told a guy and he looked at me like I was an alien, but I knew I was doing the right thing for myself.

“On dates, I was still open to kissing, touching, cuddling and sharing a bed with a guy if I liked him. But none of my dates progressed into a relationship. In some ways, being a virgin was useful as it sorted men into two categories – those who were only after one thing, and those who wanted more than just sex.

“I finally lost my virginity two years ago, when I was 25 in March 2018. I was at a house party and really fancied a friend of a friend, Mike*, who was tall and good-looking. 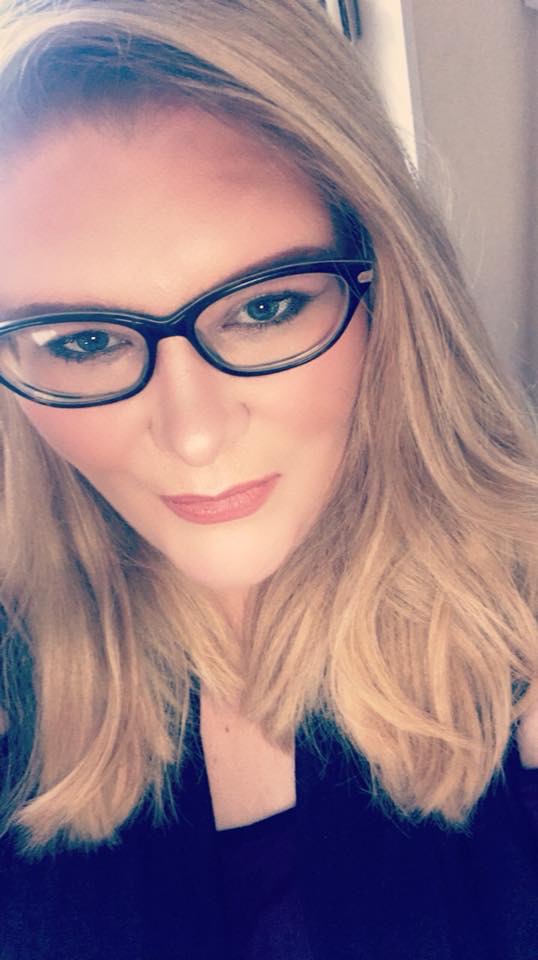 “As the night went on, we chatted more and ended up kissing. I was in a safe environment at my friend’s house, where I knew I’d be staying the night. I felt that the time had come, so I asked my friend if she had a condom.

“As I led him upstairs into the spare bedroom, my mates played Like A Virgin by Madonna, and we couldn’t help laughing. Nervous but excited, I told Mike I was a virgin and that he’d have to show me what to do. He was respectful and took things at the pace I wanted to go at, which meant I enjoyed it.

“When I woke up in the morning, I didn’t regret it. Mike and I messaged for a while, but he soon got a girlfriend and I also met someone new. It was a one-night stand, but the timing was right. Mike was caring and funny, and I felt safe with him.

“In July 2018 I met John*, who I really liked. Even though I was no longer a virgin, I still made him wait seven dates before we slept together. We broke up that December and I’ve had one relationship since.

“Now I’m single again, but since losing my virginity I’m more confident. I’m glad I waited until the time was right for me – unlike some of my friends, I have no regrets.”

ALICE Riley, 28, a blogger, is single and lives in Reading.

“I always wanted my first time to be special. But as a shy and awkward teen I was terrible at chatting to boys, and as the years passed, I never found anyone I clicked with. I kissed lots of boys in sixth form, but stayed single and tried not to let it bother me. 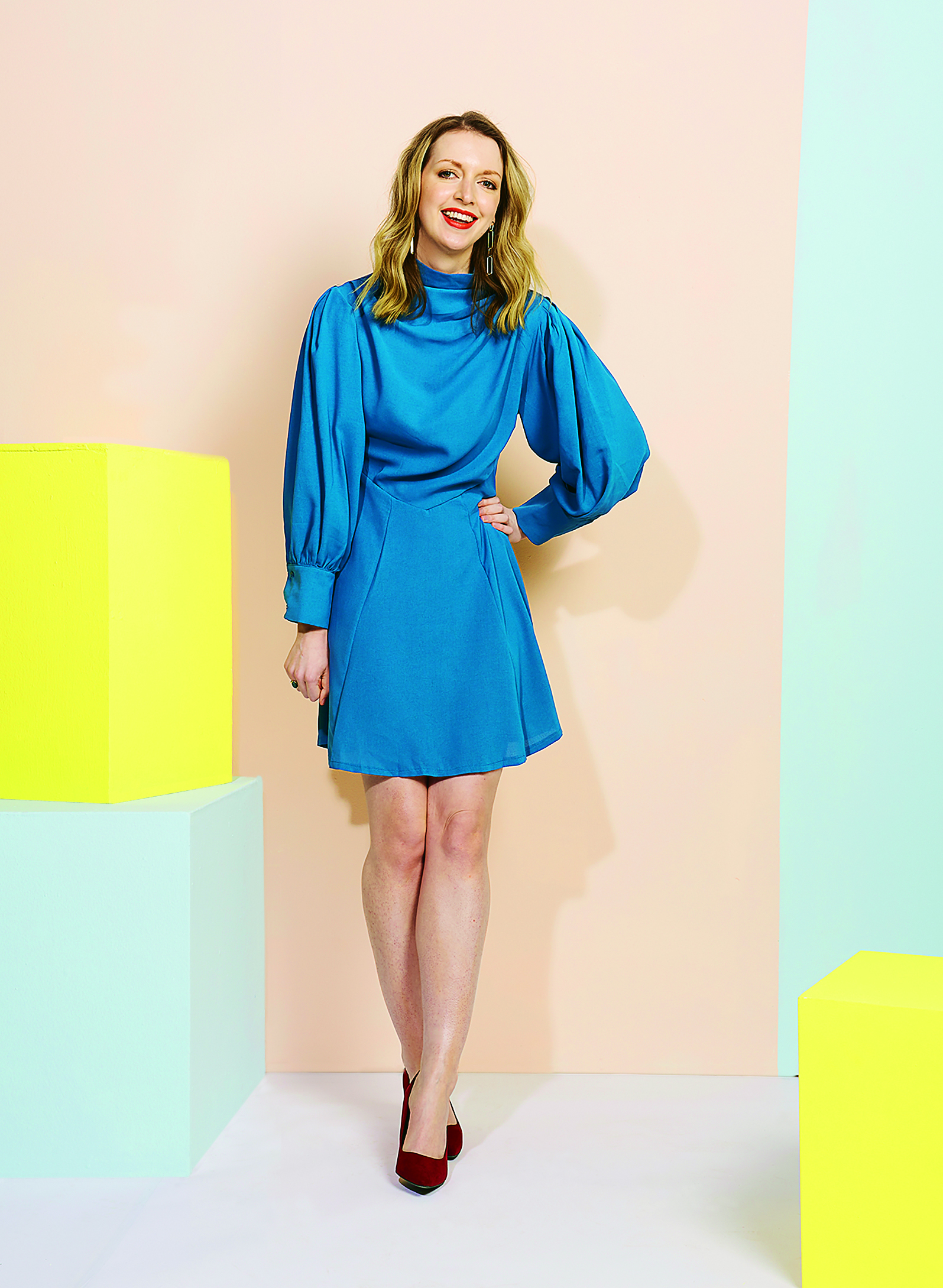 “When I went to Royal Holloway University in London to study management in 2009 aged 18, my new friends thought it was odd that I wasn’t interested in one-night stands. I kissed a handful of men on nights out, but I wanted a proper boyfriend and to fall in love.

“I was a bit lonely sometimes, particularly in the first year, but as time went on I felt more confident in my decision, especially when I saw the way that my friends were treated by guys, ending up in ‘friends with benefits’ situations they didn’t want.

“ I had a boyfriend for a few weeks in March 2011, and while we got close to having sex, we split up before anything happened.
“After graduating in June 2012, I started using dating apps. While I’ve kissed men I’ve met online, I still haven’t found the right person who will be patient and respect my decision to only have sex when it’s right. I can quickly tell whether something is going somewhere or not, and I don’t see the point in casual dating.

“I once tried an honest profile on a dating app, mentioning I was a virgin as an experiment, but I got creepy messages from men telling me they’d like to be my first. However, many people were kind, too.
“I’ve been blogging since November 2016, and have written several posts about my virginity.

thankfully, friends and family have been supportive, but I’ve faced abuse from trolls – they tell me I should get over it and that I’m ugly, which is why I can’t get laid. 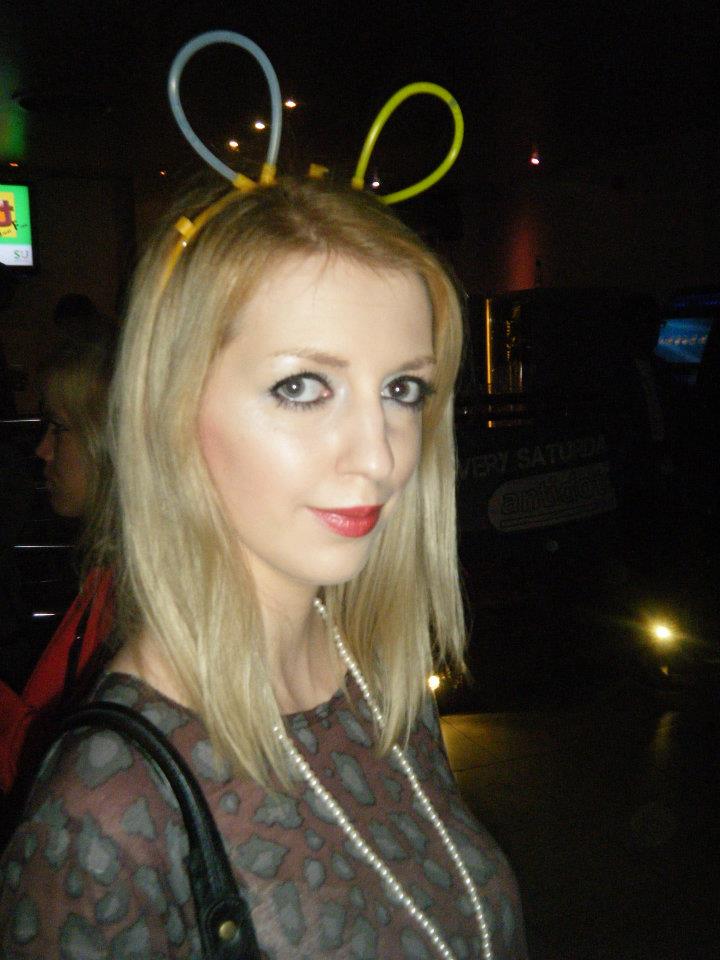 “I once wrote on Twitter that I thought sex should mean something, and for 24 hours I was bombarded with vile messages from people who didn’t agree with my view. But I wasn’t tempted to delete it – I should be able to express my views, even if others don’t agree with them.

“Plus, a lot of people are pressured into having sex too soon or with the wrong person because of the stigma around being a virgin. Anything that can help dismantle that taboo is worth doing. I got a lot of positive feedback, too, from people saying that they have the same beliefs as me.

“I sometimes wish I’d found someone when I was younger so I didn’t have to think about losing my virginity now. I feel pressure to lose it before I turn 30, but I’m determined to stick by my principles.

“At 28, I’m late entering the game, but research shows that one in eight people aged 26 are still virgins, so I’m not the only one.**

“People often ask whether I’m worried that my values put people off dating me, and it did used to bother me – what if I finally found my dream guy and my lack of experience was a deal-breaker? But now I’m more confident.

“If someone doesn’t want me for that reason, that’s their loss.”

*Names have been changed