AS one of Britain's most famous sex workers, Charlotte Rose raked in £3,000 a week and took the virginity of a man with a bionic penis.

But today, the mum-of-two has swapped selling sex for swigging pints as she embarks on a one-woman mission to help save Britain's hard-hit pubs. 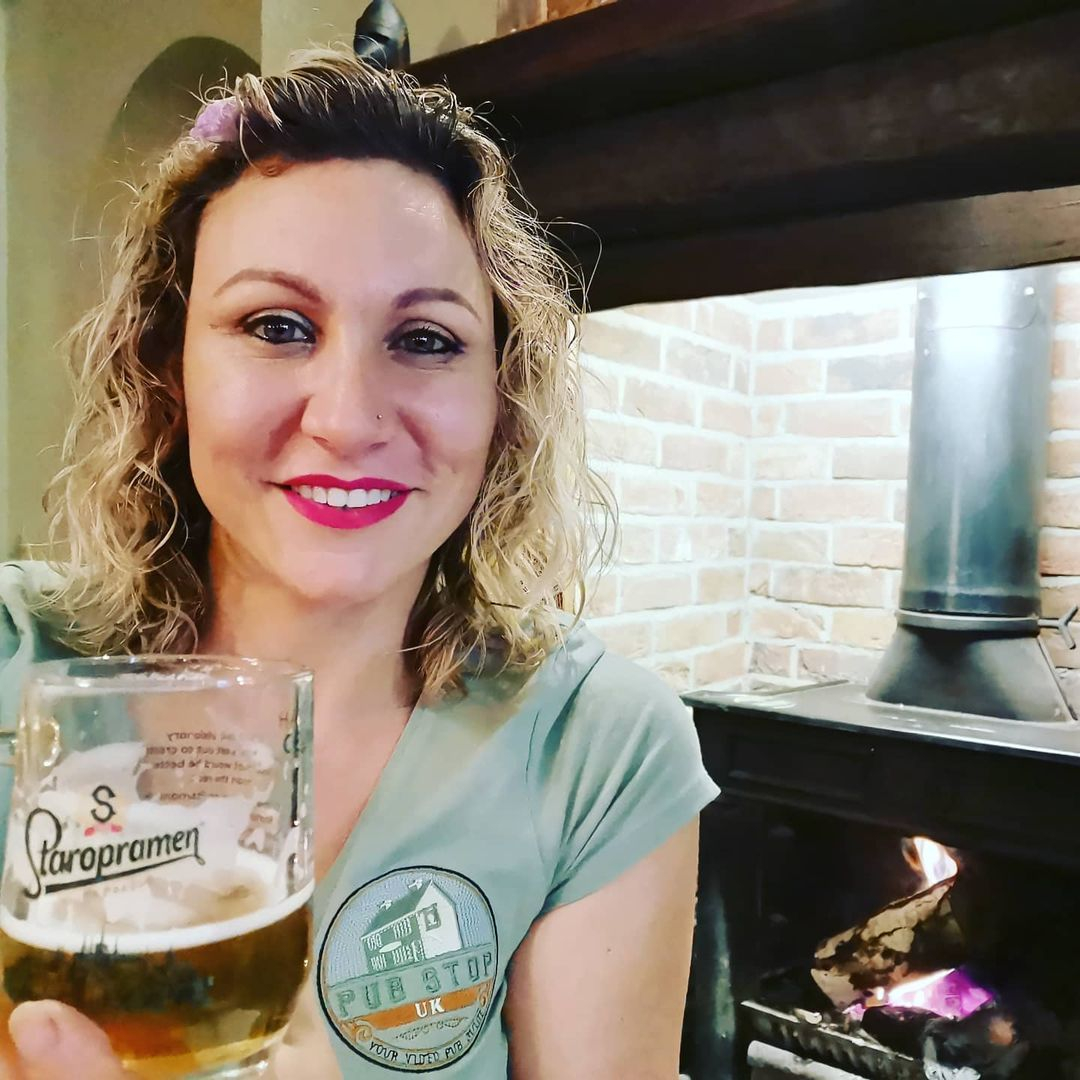 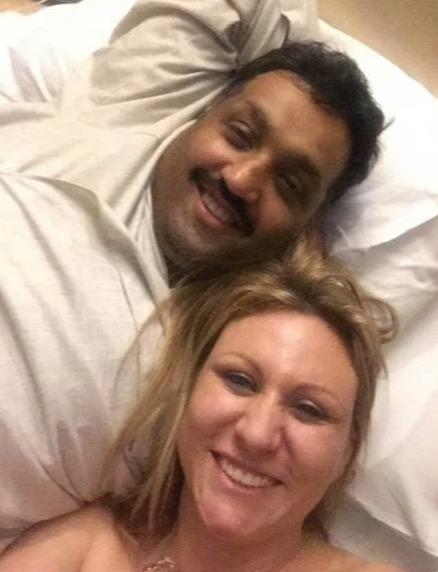 'I make it really sexy'

Charlotte, who now goes by the name Rebecca Weaver, is touring the nation's struggling boozers and posting sexy reviews of beer online after giving up sex work following the death of her long-term partner.

And, despite only starting her pub crawl in October – then being set back by a national lockdown – she's already amassed an army of thirsty fans.

"I do this live-stream on a Saturday which is beer-tasting – it’s an hour, I make it really sexy," former escort Rebecca, 40, tells The Sun Online.

"There's a little bit of cleavage on show, I talk about the beers in a very nice way – men obviously have a wonderful sexual imagination, don’t they!

"So I’ve been called the Nigella of beer!" 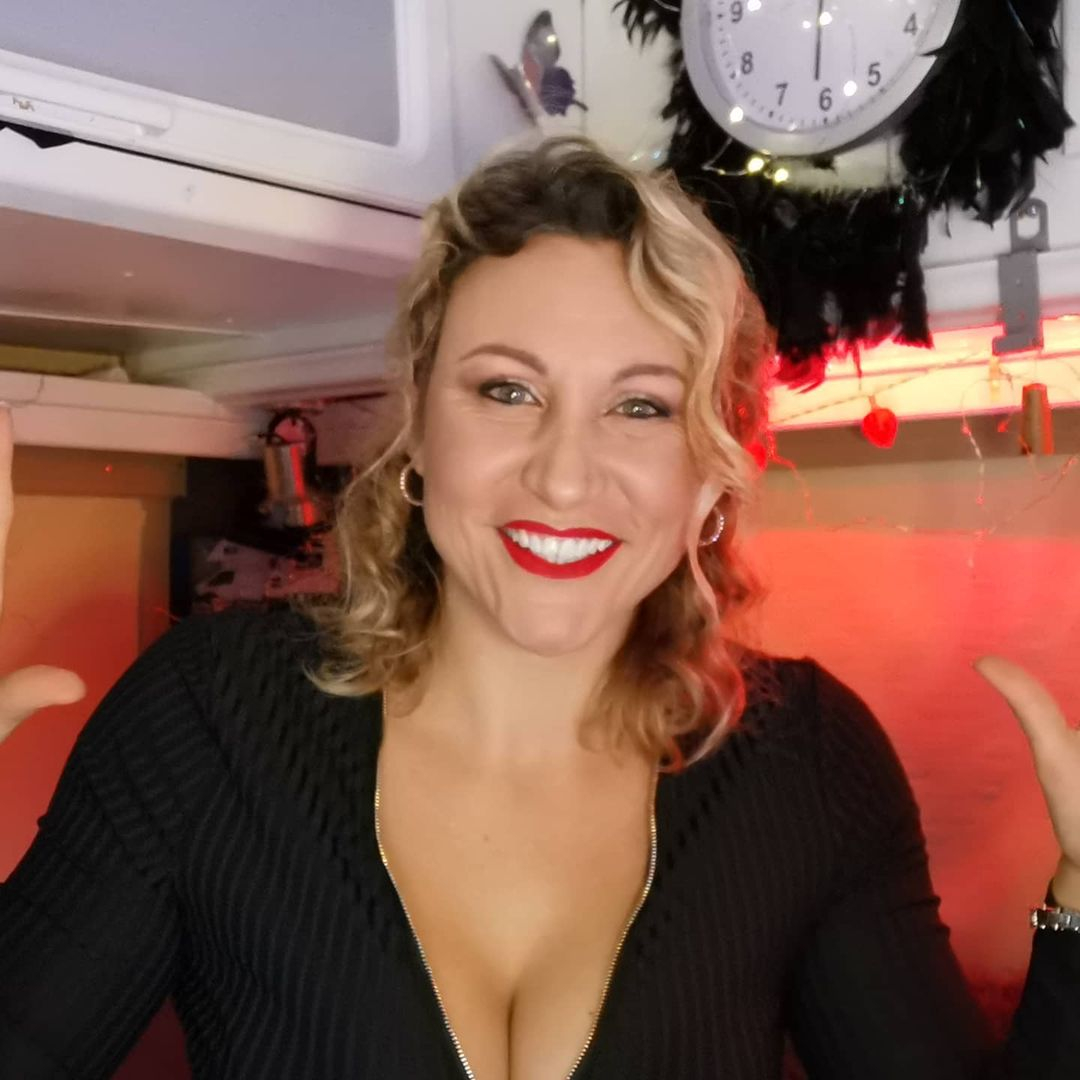 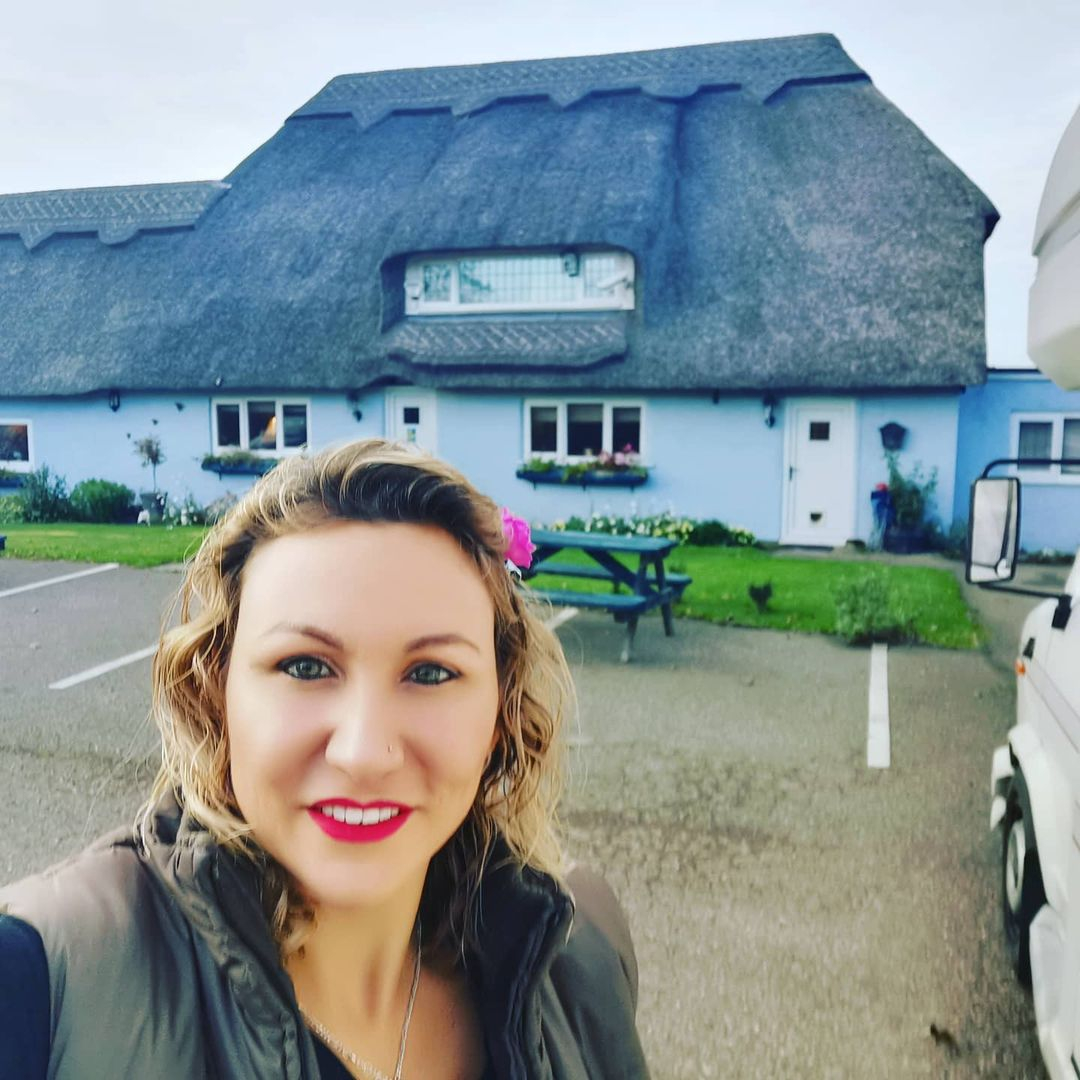 Rebecca – who is touring the pubs in her motorhome, 'Hank Jr', with her beloved pet beagle, Marvin – began her career in the sex industry aged 17.

Recalling her first dominatrix-themed photoshoot, she tells us: "I’m stood on this guy and he’s going, 'ouch, ouch’, and I’m like, 'oh, I’m really sorry'.

"And the director had to pull me to one side and say, 'look, you don’t say sorry, they’re here because they like it. I’m like, 'oh, OK'.”

For a while, Rebecca worked in the teaching and hospitality sectors in Devon, as she brought up her two children, now aged 21 and 20.

I thought, 'oh my gosh. Why am I giving it away for free when I could possibly be earning money for this and get it on a regular basis?'

But after a night out at a club led to selfish sex, everything changed.

"I picked up this guy and I wanted a one-night stand," she recalls.

"I took him home, we had sex and he finished before I did and started getting dressed. And I’m like, 'well, what are you doing?'

"He goes, 'I’m sure you can sort yourself out'.

"And I thought, 'oh my gosh. Why am I giving it away for free when I could possibly be earning money for this and get it on a regular basis?'" 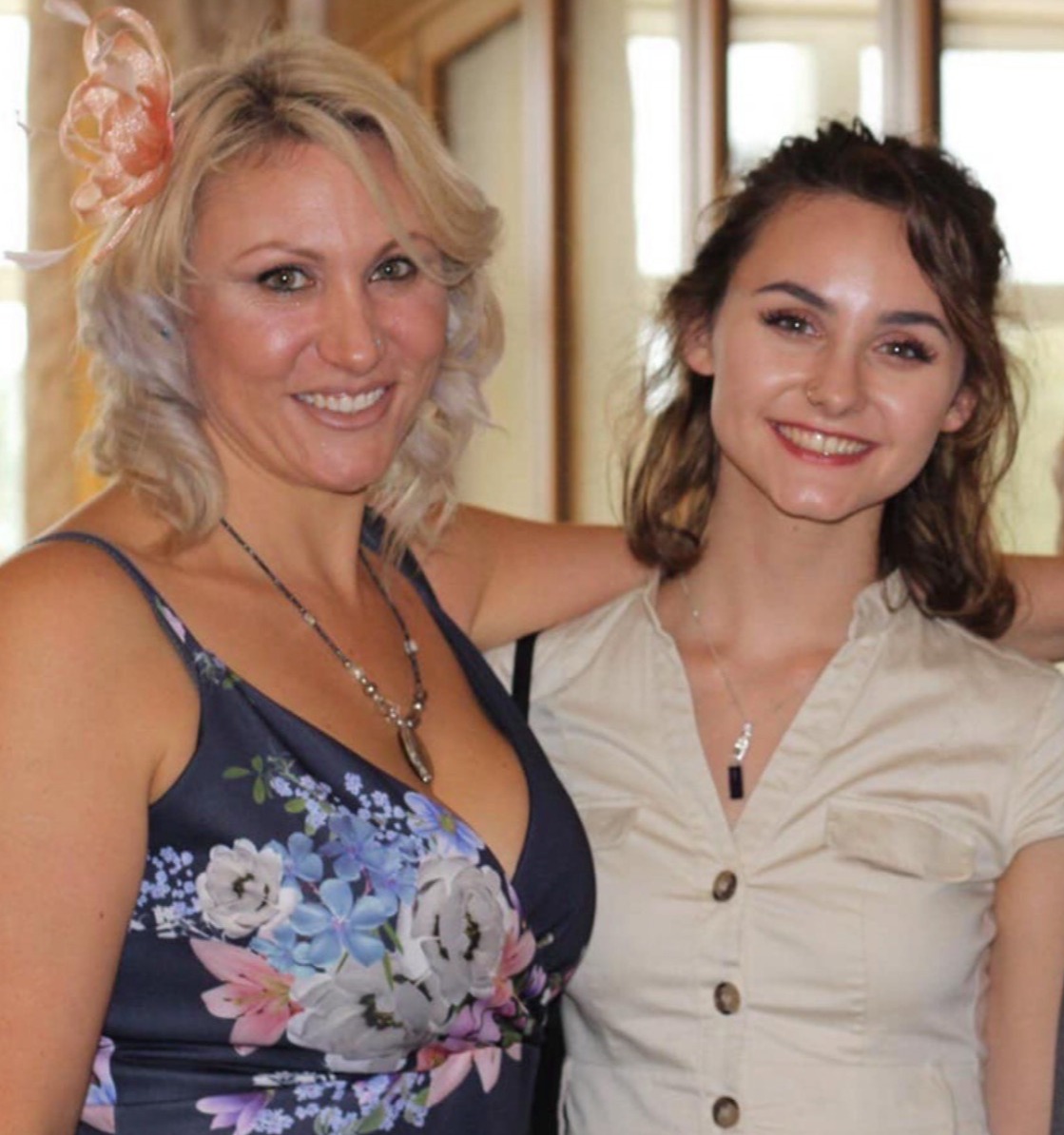 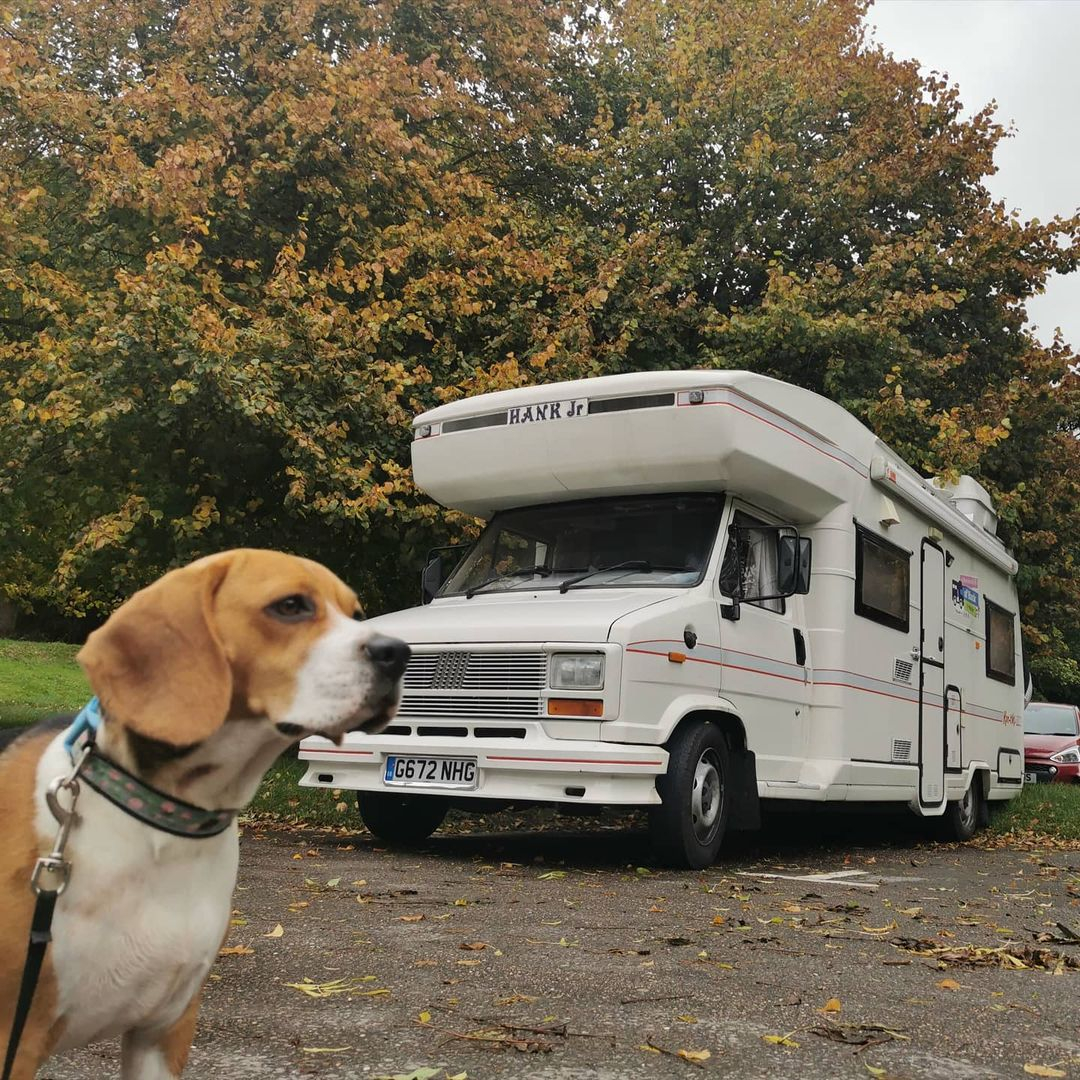 Rebecca joined an escort agency – where she quickly realised that, unlike the self-centred clubber, her "wonderful" clients were keen to please her.

“I gave up everything and went into sex work full-time," she says.

"I never looked back."

Before long, Rebecca was the best-paid woman at the agency, netting a whopping £170-an-hour – a percentage of which she had to give away.

She later became independent, working largely with clients with disabilities – something she says was "incredibly rewarding" and a privilege for her.

“People automatically think that you just earn [by] lying on your back all day and night. And it’s not. It’s 80 per cent admin.” 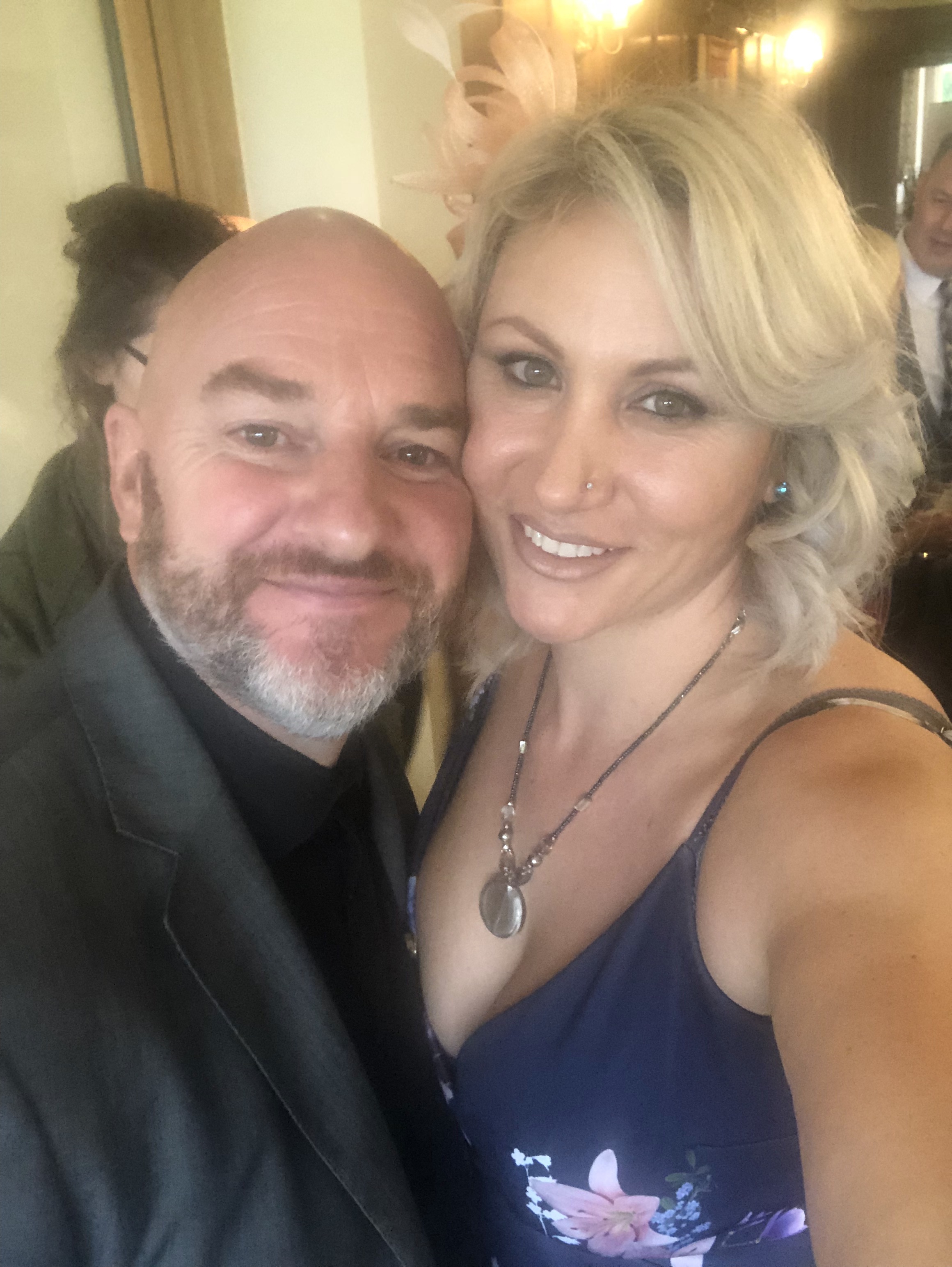 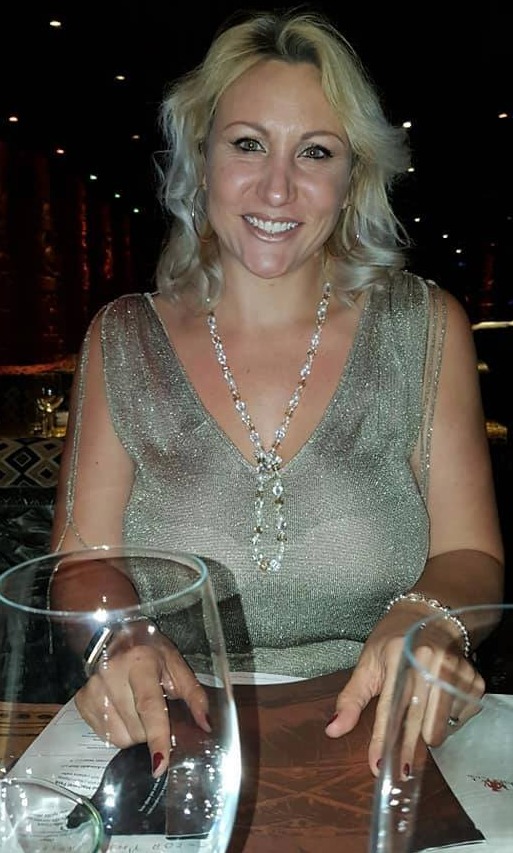 For some jobs, Rebecca had to use complex machinery to maintain positions and "provide intimacy" – while others required the use of a love swing.

Yet she favoured face-to-face work over the option of online sessions.

Among Rebecca's most remarkable clients was Mohammed Abad, who lost his virginity to her using a £70,000 eight-inch bionic penis in 2016.

It became erect at the touch of a button. 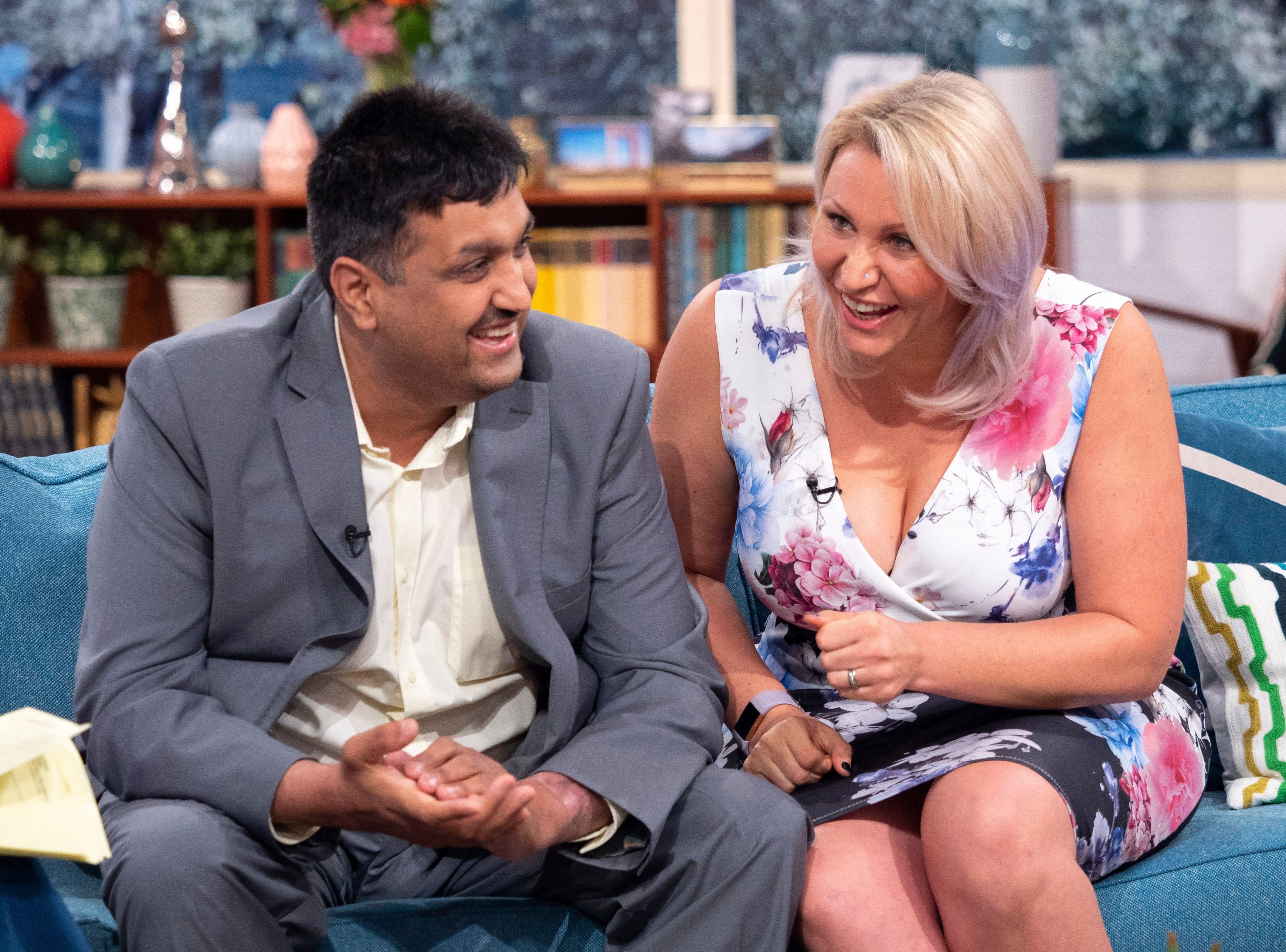 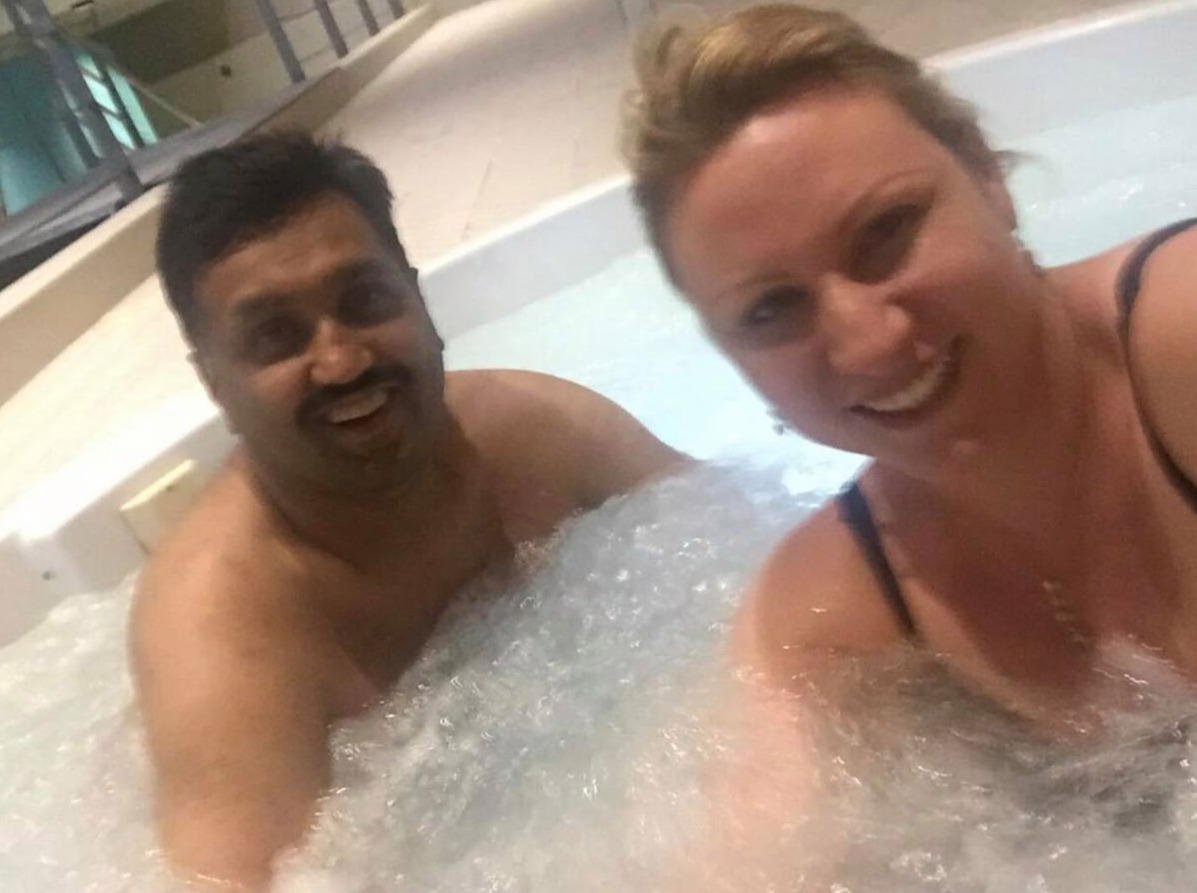 Mohammed – who lost his penis as a child when he was horrifically dragged under a moving vehicle – was 44 when he did the deed with Rebecca.

They shared a "relaxing afternoon" and a meal together first.

It was a work of art. The doctors had taken the skin from one of his arms and made a tube-like shape

And Rebecca recalled of his manhood: “It was a work of art. The doctors had taken the skin from one of his arms and made a tube-like shape.

"It had an opening that he could still urinate and ejaculate from.

“They created a scar line to look like the tip. It was a piece of artwork. It didn’t look like a normal penis but you knew it was a willy." 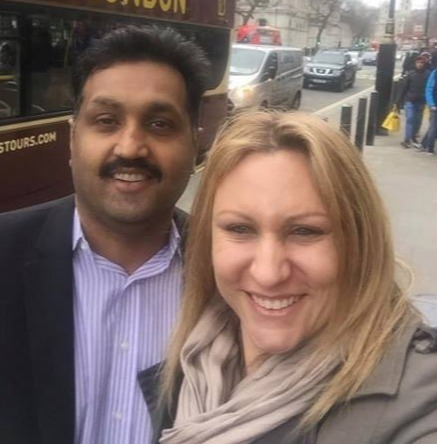 During her escort career, Rebecca, then living in Essex, was able to take her children away on far-flung holidays to the likes of Jamaica and Egypt.

But she tells us they also went on budget getaways – and if her kids wanted trendy new trainers, "they had to earn the money to get them".

"Sex work gave me incredible opportunities – it’s given me the chance to be able to have a wonderful relationship with my children," she says.

"They talk to me about anything, and I mean anything."

There is a dark side to the sex industry, however.

While many women, like Rebecca, make an informed decision to work in the trade and enjoy their work, others are exploited or trafficked.

They can also be at risk of violence from clients, or traffickers.

Rebecca's daughter Marie, now 20 and living in London, told us last month she's proud of the way her mum has helped people during her career.

"She’s an icon to me, she is my inspiration," said the university student.

"There need to be more women like her actively voicing their role in the industry and supporting people who need it." 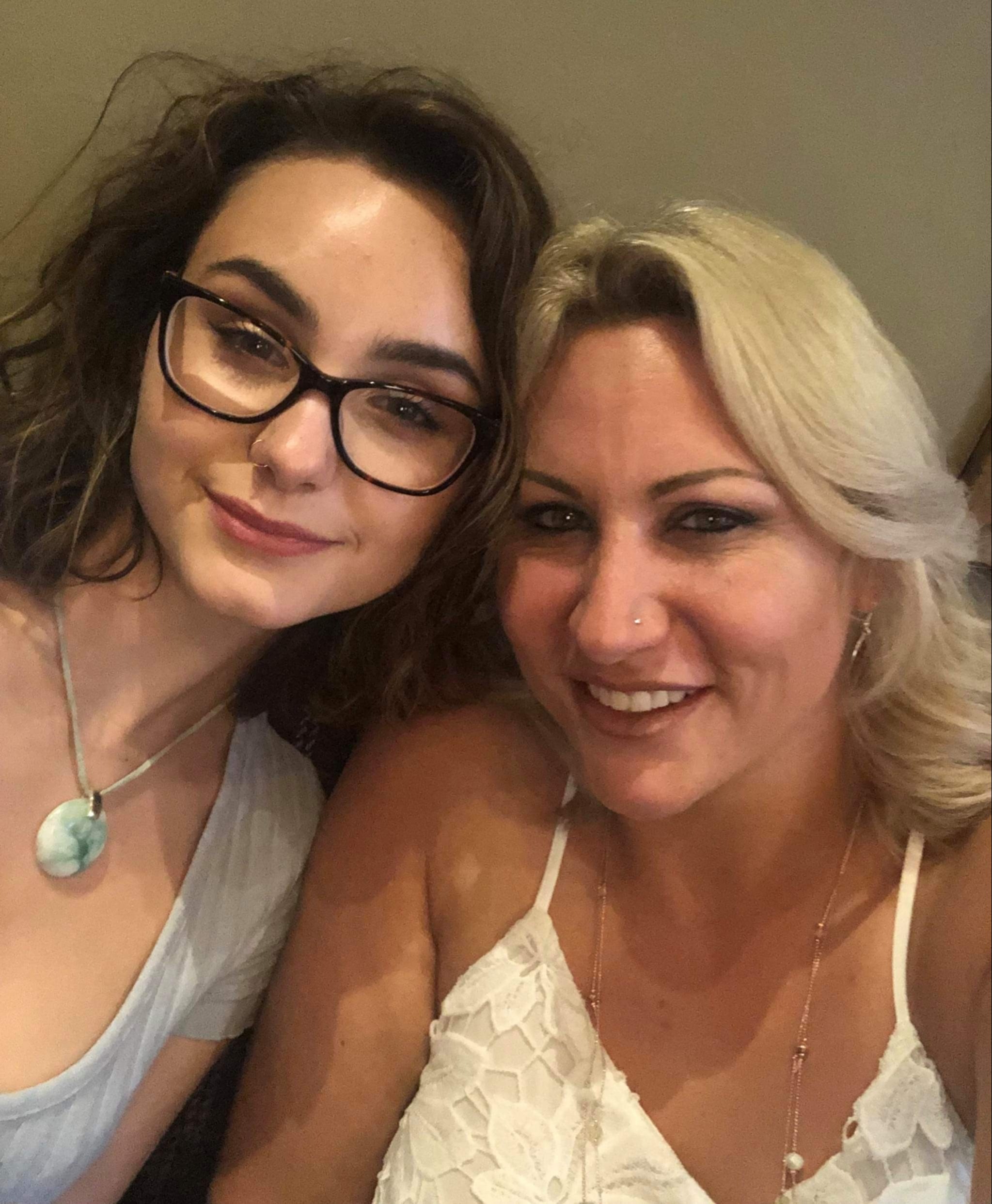 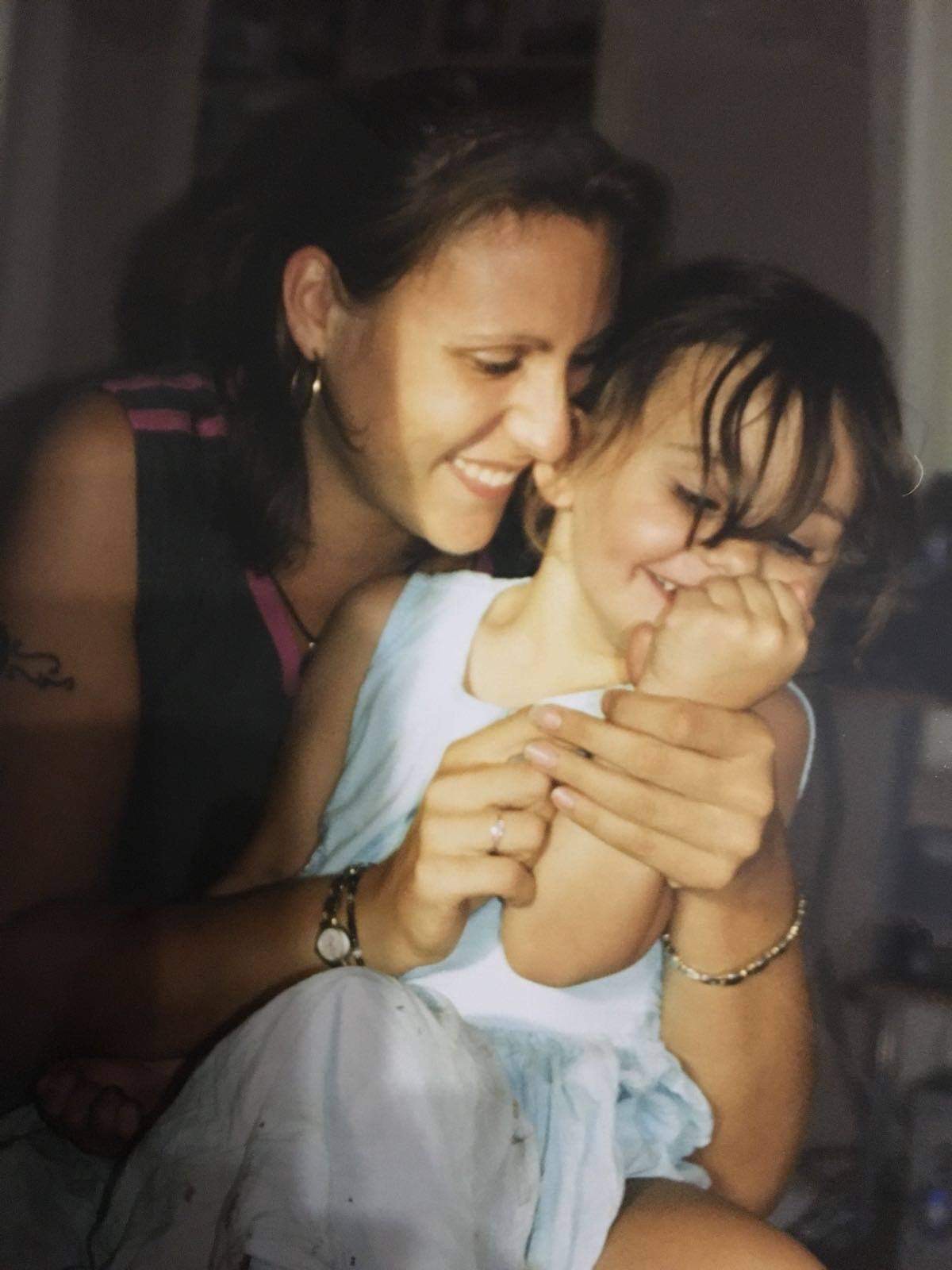 Yet Marie, who has no plans to join the sex industry herself, admitted: "Mum and I weren't close like we are now when I was growing up.

"She was a single mum and, although she took great care of us, I didn't have her around very much."

Rebecca, who says sex work "empowered" her, has also faced a backlash for her job that has seen her trolled, terrorised and even evicted.

“I got threatened, I got blackmailed," she recalls.

"I got evicted twice because of my work, so I’ve had issues."

But today, she says she has accumulated a "beautiful collection" of friends who are former clients – including "great lover" Mohammed. 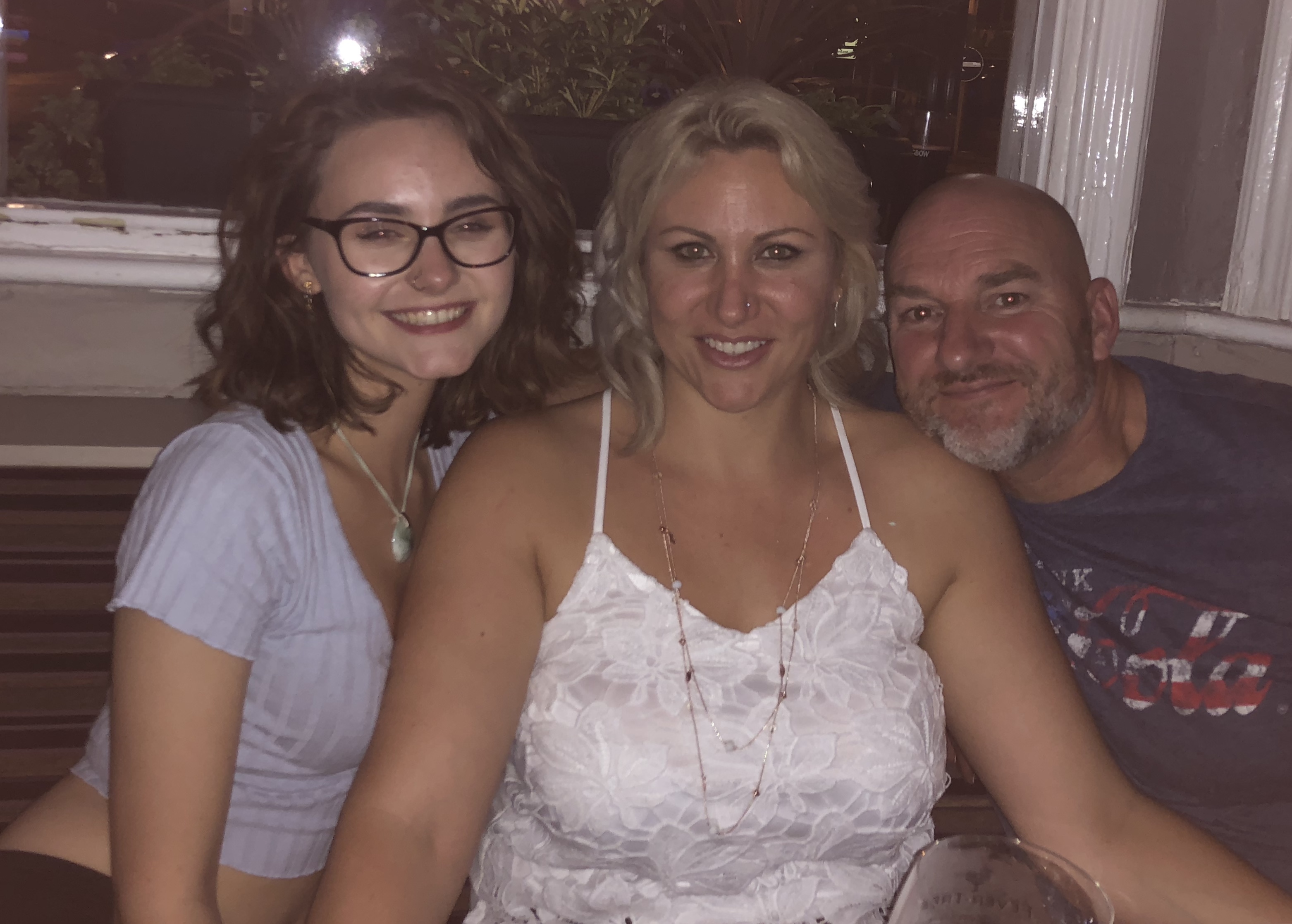 In fact, Mohammed was one of the first people to send Rebecca his condolences when her partner Colin Chapman sadly died in July last year.

Rebecca had been with "true love" Colin – a Guinness World Record-holding firebreather – for nearly four years when he lost his life in a crash.

The couple had met at an industry event, and she says Colin was very supportive of her career – including her relations with Mohammed.

“We lived together from six weeks, we were inseparable," she says.

“As a former sex worker, finding a true love that is OK with your job, OK with what you do, supportive through and through…

"There’s nothing Colin wouldn’t have done for me. I don’t think I will ever, ever find somebody who had the strength and love that he did.” 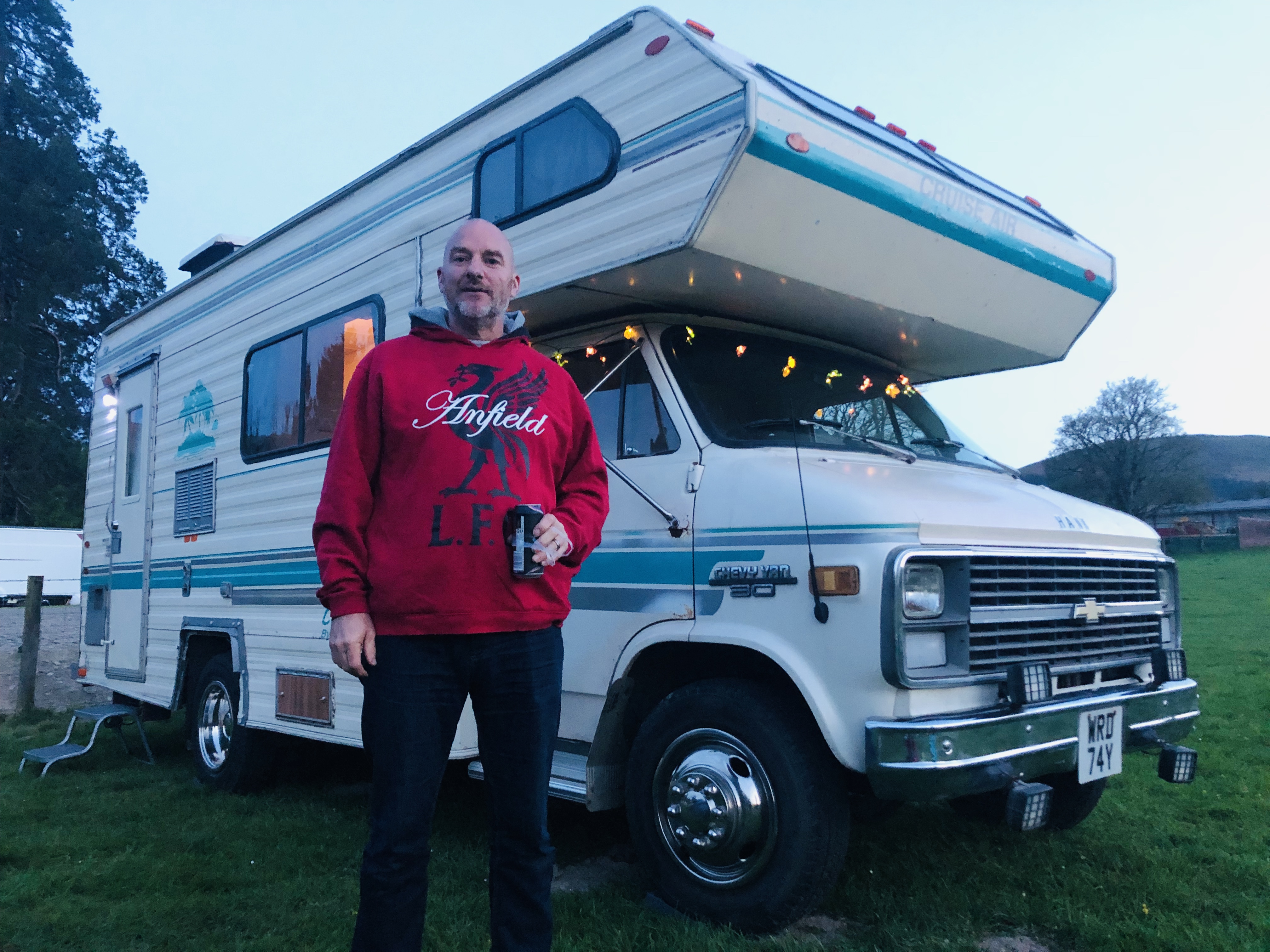 From sex work to pub tour

As soon as Colin died, Rebecca gave up her sex work.

“There were two reasons why really. One, I didn’t have enough energy for myself, let alone to give it to somebody else," she tells us.

"And I just couldn’t imagine being with somebody other than Colin now."

She adds: "After Colin died, a part of me died with him.

"It's why the whole life change happened.”

Rebecca – who had planned to go travelling with motorhome enthusiast Colin before he died – was determined to keep his memory alive.

So, still racked with grief, she decided to take their travel dreams – and use her experience in hospitality – to help the nation's pandemic-hit pubs. 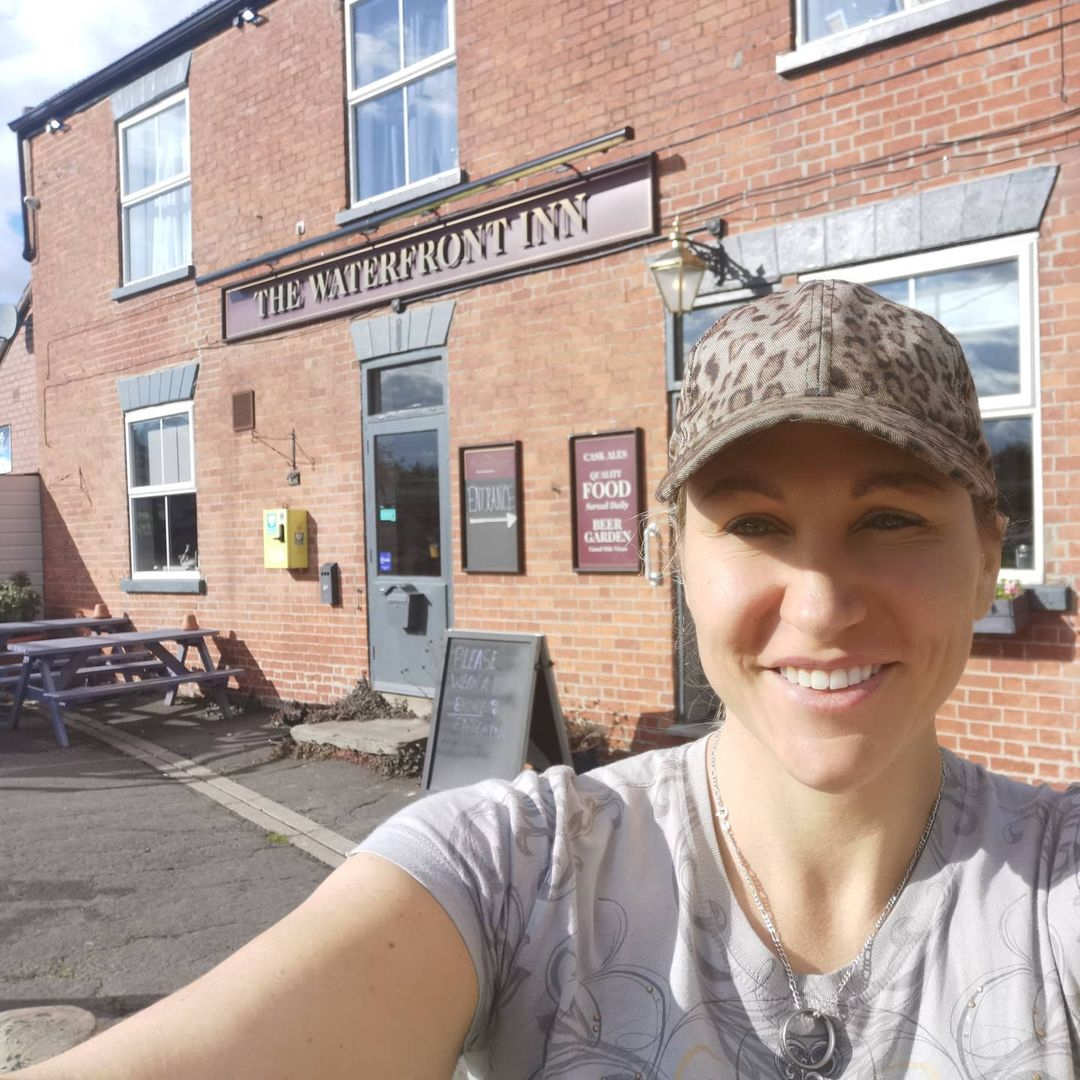 Earlier this year, joined by her "best friend" Marvin the beagle, Rebecca sold up, moved into her motorhome and launched her UK-wide pub tour.

She now films herself visiting different boozers, and beer-tasting, while getting to know local landlords and publicising what they have to offer.

“I love pubs, I love trying new beer," says the mum, who wants to help "restart the economy by bringing tourism home" through her videos.

I use my oven as a beer fridge because it took me two hours to cook a chicken in there and I thought, 'forget that!'

She adds of her motorhome: “I use my oven as a beer fridge because it took me two hours to cook a chicken in there and I thought, 'forget that!'"

Rebecca also hopes to achieve a world record for making 150 pub stops in 12 months – though the Covid crisis has thwarted her attempts so far.

"I thought to myself, 'if Colin can have a record, I want one!” she laughs.

“This journey for me is my road to recovery – and I absolutely love it. I’m so free and I love the fact I can wake up somewhere new every day.”

But the journey hasn't always been easy.

The mum faced a national lockdown in November, followed by the current tiered system, which has seen countless pubs forced to stay closed.

Huge swathes of the country are now in Tier 3 – 'very high alert' – or Tier 4 – 'stay at home' – areas, meaning local boozers can only offer takeaways.

"I’ve had my gearstick snap off, flat tyres, my brakes were almost on fire."

Aside from her pub tour, Rebecca also hosts and earns money for her radio show, Rose Talks Sex – one of the only ties she still has with the world of sex work.

But will she ever return to the industry that made her so well-known?

"One of the things Colin showed me is that life is for living.

"I’ve spent many years in an apartment, or a hotel, working, and never really seen much of the outside. I want to explore the world.”