HOLIDAYS are a time to get away with our nearest and dearest.

For most of us, that would certainly not include an ex-partner and his new girlfriend. 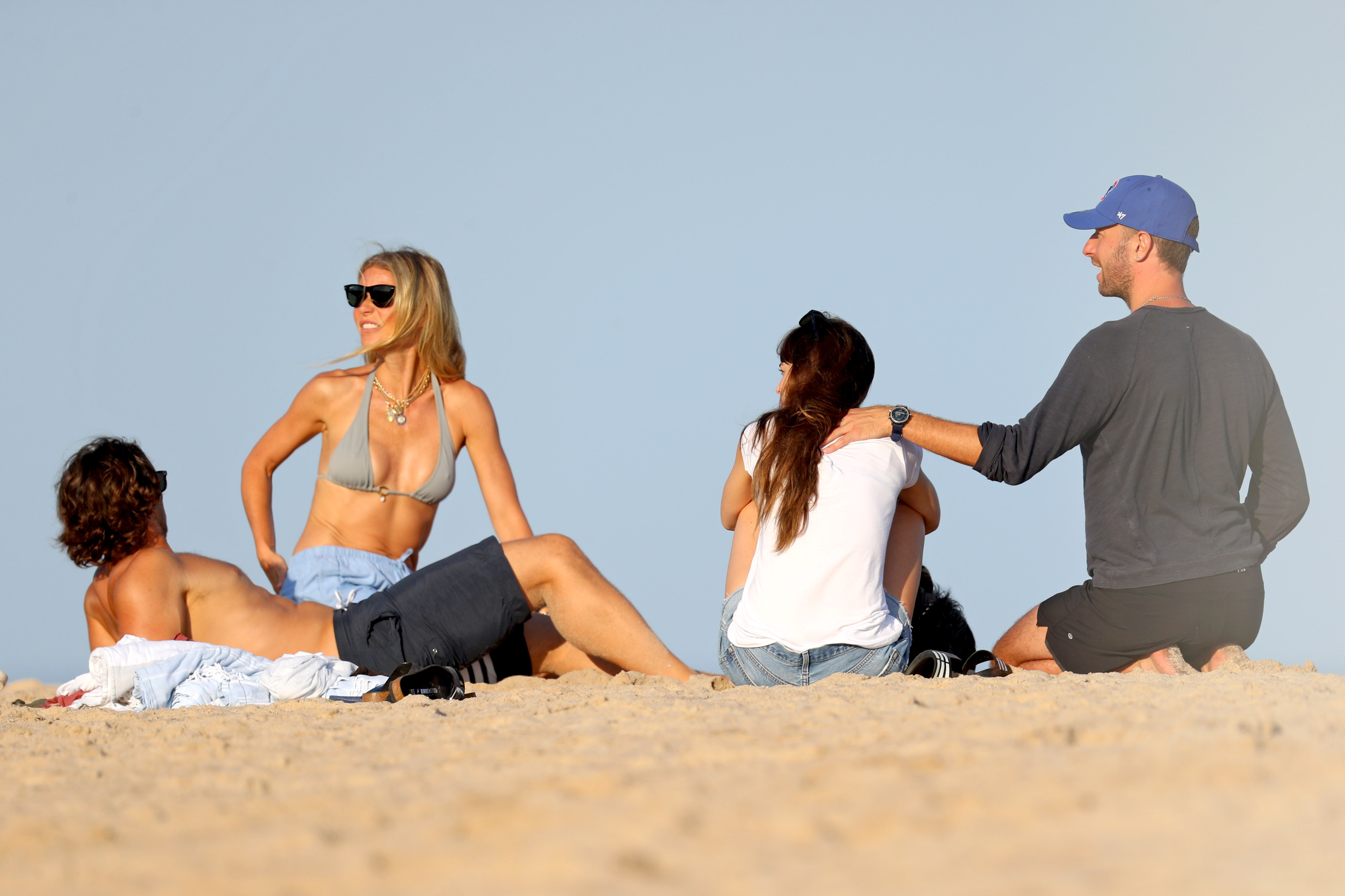 But “consciously uncoupled” actress Gwyneth Paltrow, 46, and her rock star ex Chris Martin, 42, took a break together – along with their new partners.

While Gwynnie puckered up for kisses with husband Brad Falchuk, 48, Coldplay frontman Chris was cuddling his girlfriend, actress Dakota Johnson, 29.

The four looked like firm friends – and they are not the only ones who like to holiday with former flames.

Exes Matt and Claire were together for four years and had two sons together – Noah, 13, and Fraser, nine – before splitting up in 2009. 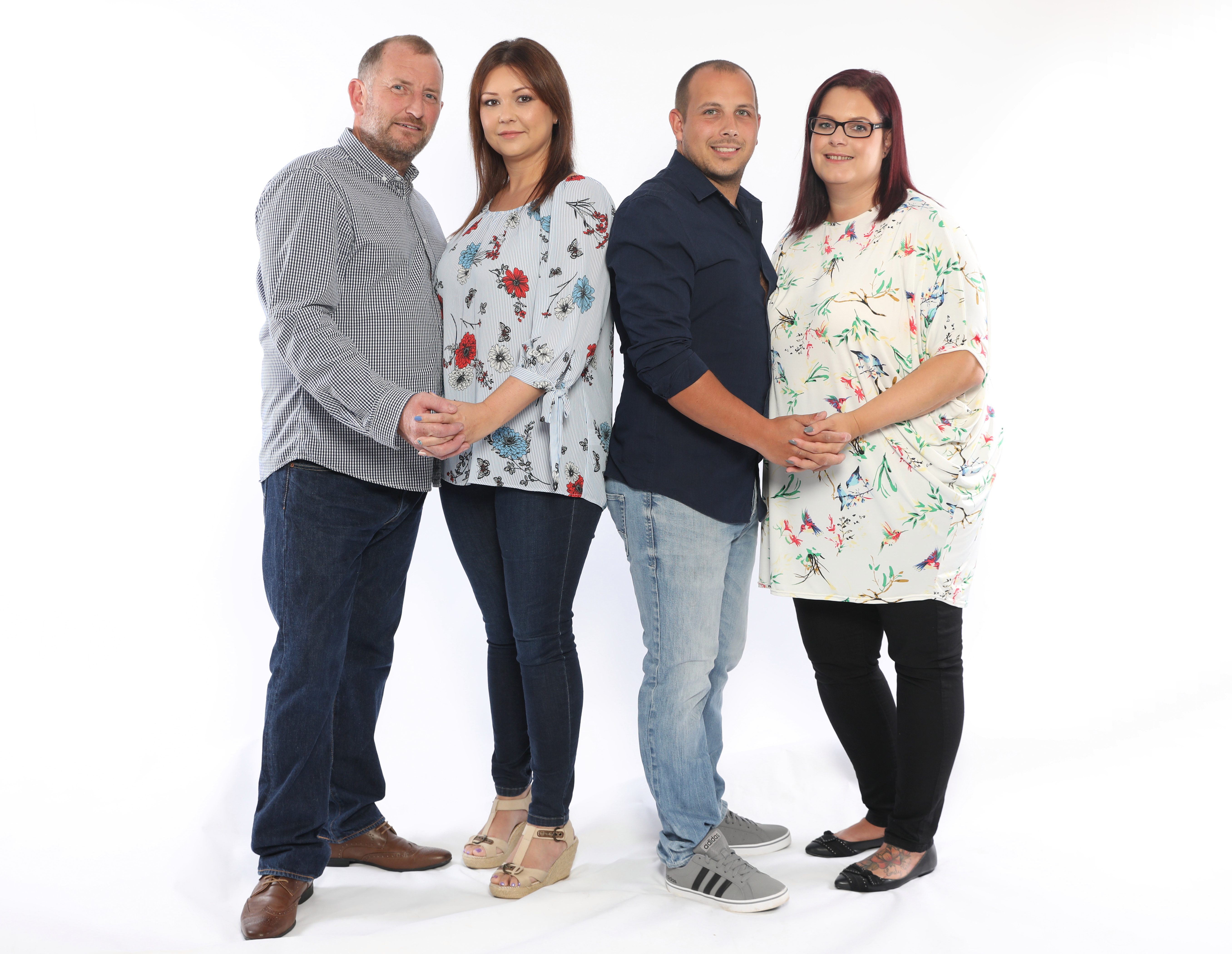 Matt has since married Peppa and they have children Sophie, four, and Emily, two.

Meanwhile, Claire has married Andy and they have a daughter Esta, seven.

The four adults and five children enjoy caravanning, go on holidays to Lanzarote and spend Christmas together – and they even sit down for Sunday lunch together every week.

Here, Claire Dunwell discovers how it works so well.

HAIRDRESSER Claire Pickwell, 39, and husband Andy, 52, married in 2015 and live in Alverthorpe, West Yorks with their daughter Esta, and Claire’s sons Noah and Fraser.

Claire is also godmother to Matt and Peppa’s daughter Emily. 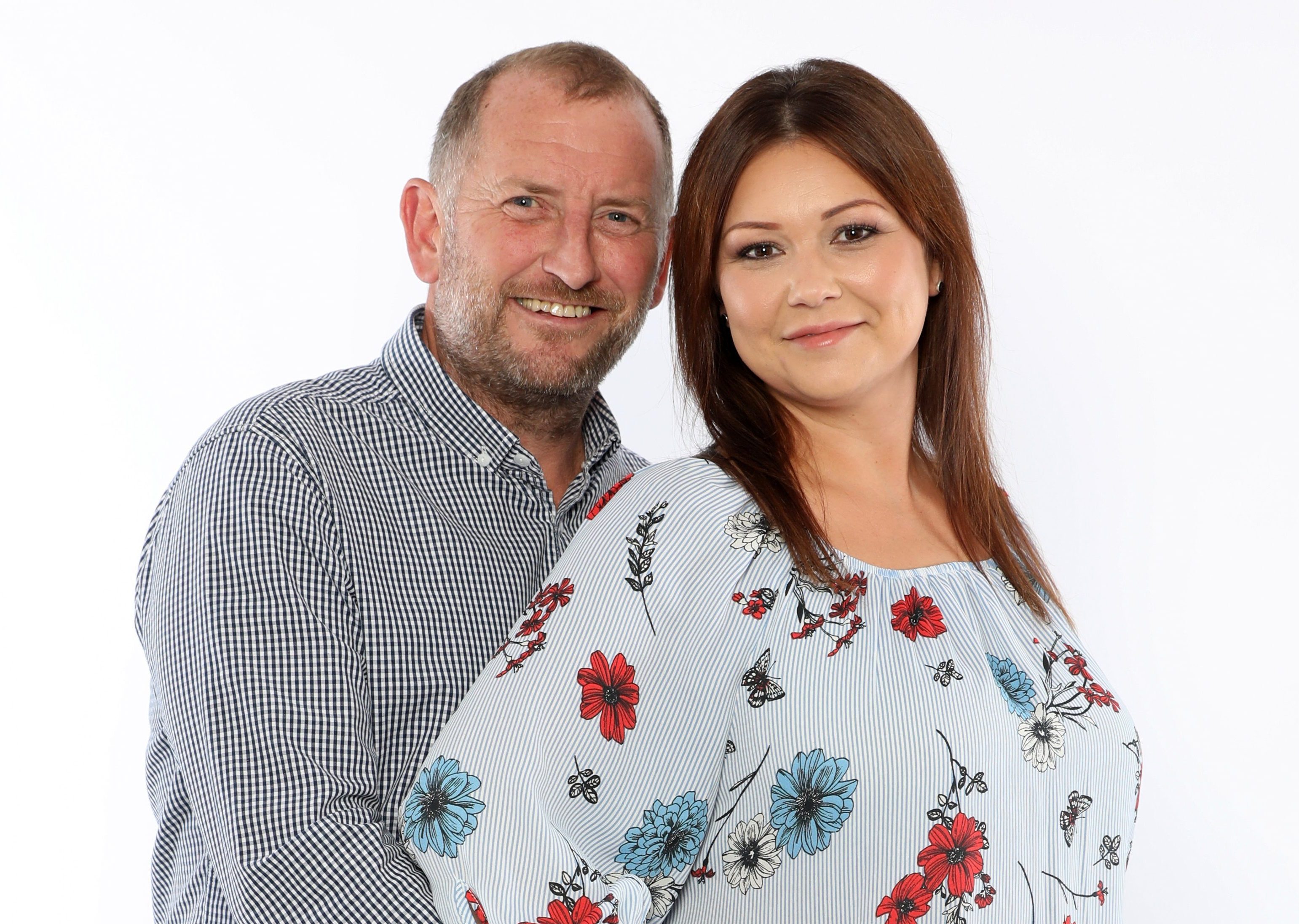 She says:  "When Matt and I split up, I never imagined we would stay friends let alone become great ones.

"Although we were always amicable, when it came to the kids, we did everything separately.

"Holidays, Christmases and birthday parties – we took it in turns and I hated it. We were both missing out.

"When Noah asked to celebrate a birthday with all of us together one year, I agreed. We wanted to make it work. 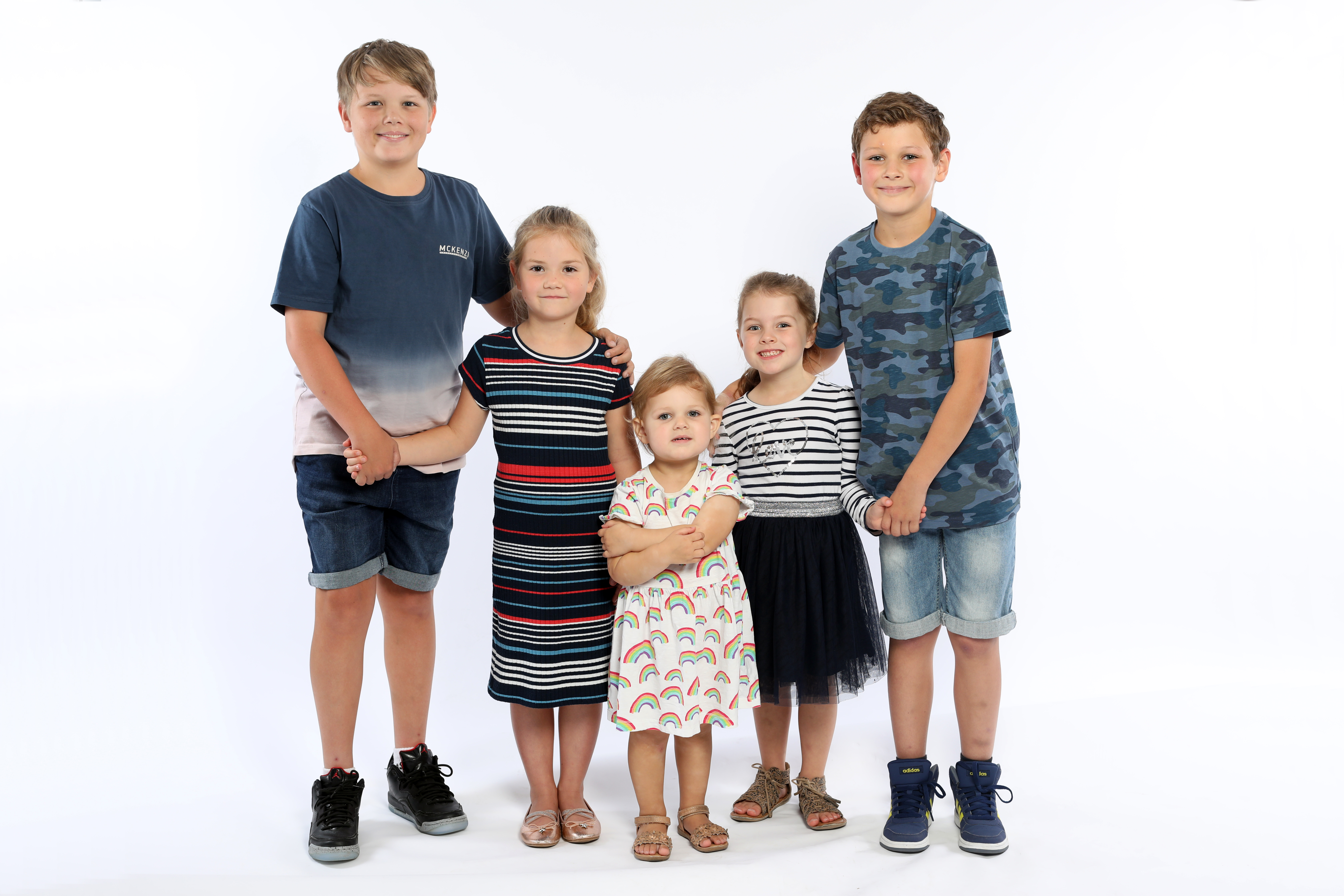 "I talked to Andy first before mentioning it to Matt because I wanted to consider his feelings, but he didn’t have a problem with it. Matt and Peppa were happy to give it a go too.

"It went really well, so we started doing more together as a group. We’ve spent Christmas together twice and had some great holidays at our caravans in West Knapton, in North Yorks.

When Matt and I split up, I never imagined we would stay friends let alone become great ones.

"Unless something else crops up we have Sunday lunch at each other’s houses every week.

"A couple of years ago, Andy and Esta went on holiday to Lanzarote with Peppa, Matt and all the kids. I was busy with work so I stayed at home with Noah.

"They had such a good time Matt ­suggested we all went back this year. Although we had separate apartments, we spent every minute together. The kids got along great.

"Not everyone understands our set-up and we got chatting to one woman who said that although she admired us, she thought it was strange. 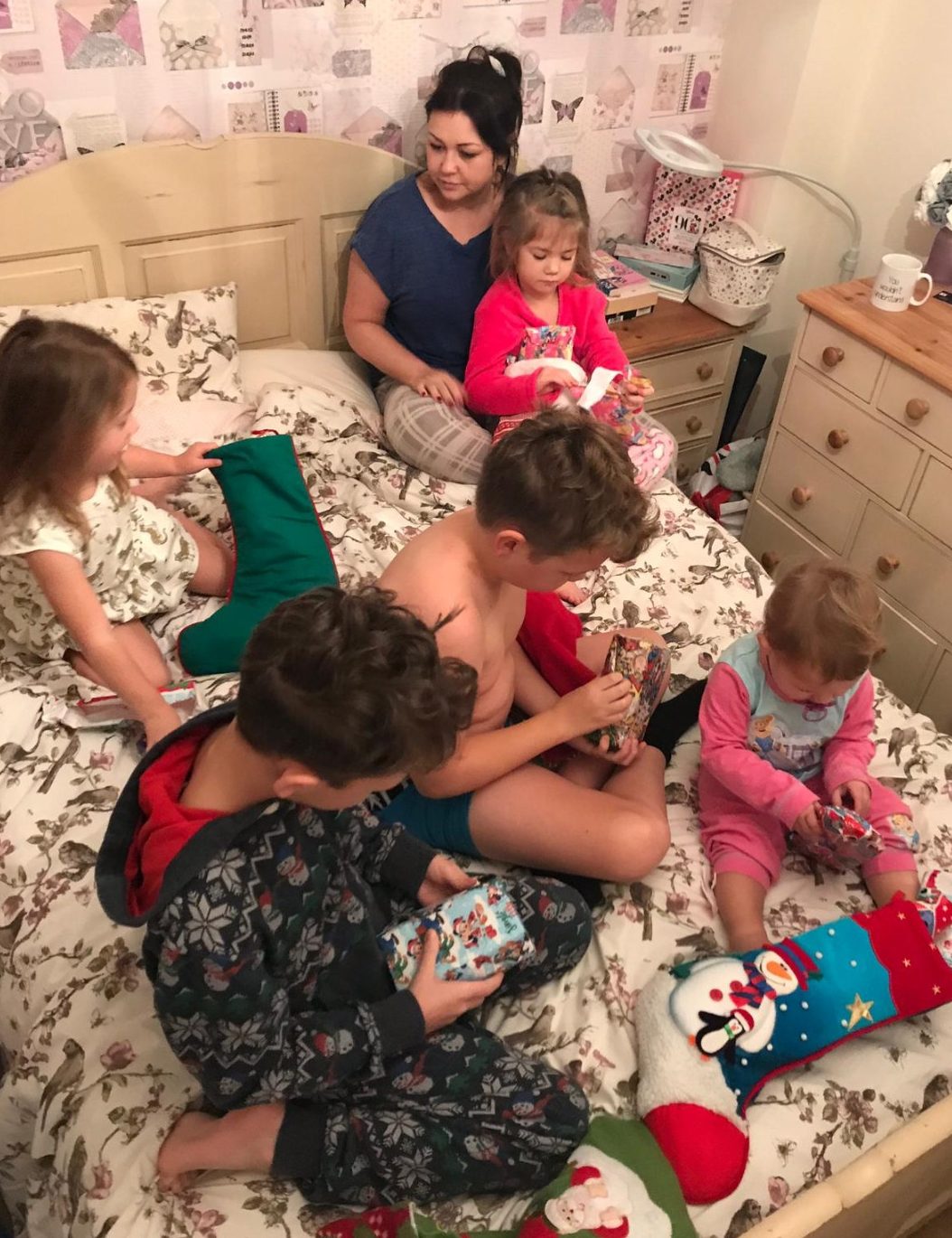 "I don’t care what anyone thinks because I would sacrifice anything for the kids so they get to spend quality time with both their parents at the same time.

"Mine and Andy’s friendship with Peppa and Matt is so easy, and it works because we are honest with each other. We know where we stand – Matt is Peppa’s husband, not mine.

"When I was asked to be godmother to Emily I was over the moon. She has stolen a piece of my heart, and I love both of the girls like I imagine you love a stepchild. They call me Auntie Claire.

"If Peppa complains about something Matt has done wrong, I’ll mention a time he did the same while he was with me. We’ll have a laugh about it, then move on.

"We aren’t afraid of saying what we think. I forget myself and Matt were ever in a relationship.

"Last year I went to Benidorm with Peppa for a girly weekend. We got matching tattoos in the shape of a love heart. Some people say they look like the letter ‘M,’ which makes us laugh. 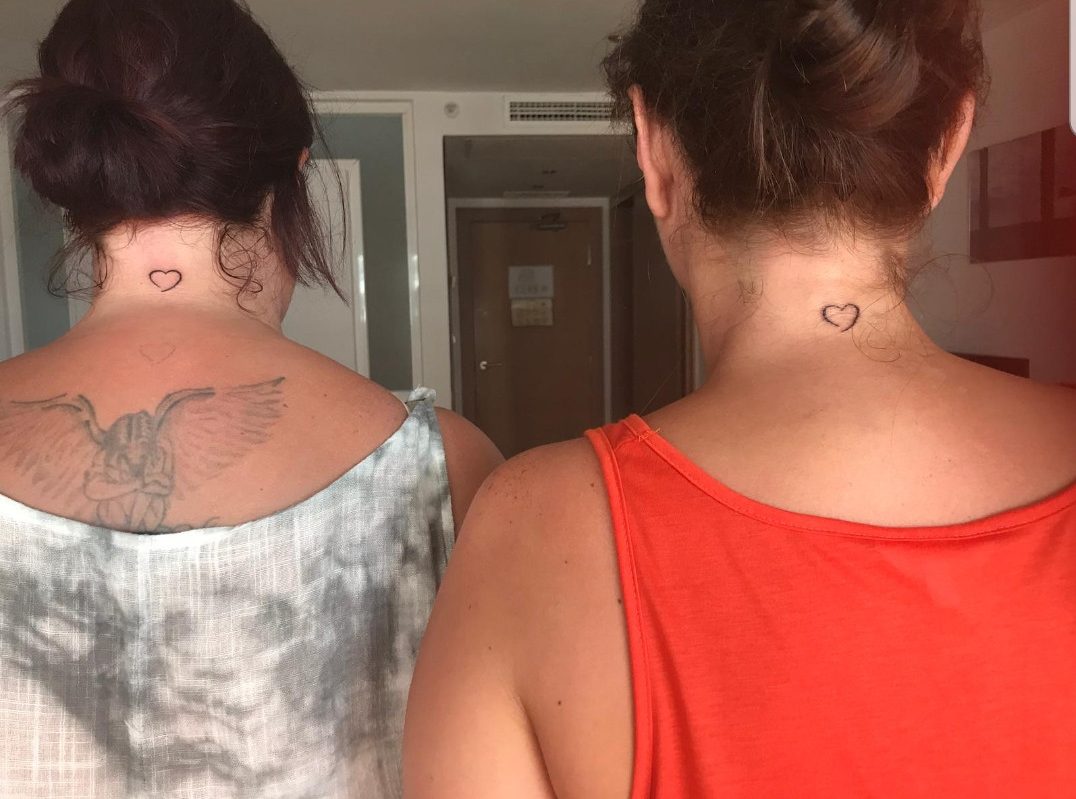 "The kids get so much out of us all being friends and I couldn’t imagine it ever being any different.

"Even though Gwyneth Paltrow is a ­celebrity, it’s great to see she’s keeping it real for the sake of the children."

Claire’s husband Andy, a pallet repairer, says: “We didn’t have much to do with Matt in the early days because things weren’t great between him and Claire.

"But when we set up a WhatsApp group the friendship grew. 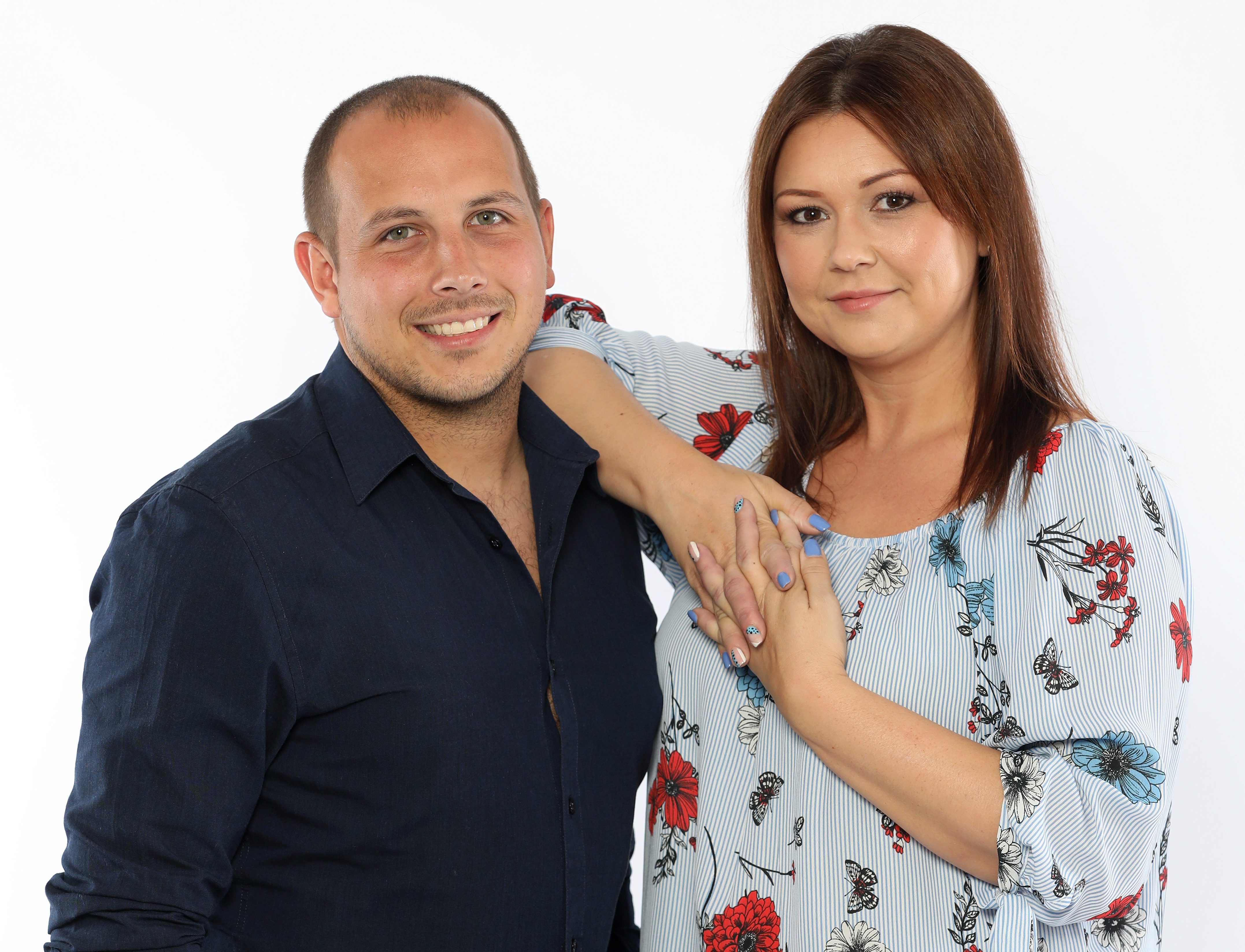 “The four of us started going out for meals together and realised we all got along really well. Eighteen months ago, I suggested we all went on holiday for a week.

"It was Claire’s busiest time of year with work and Noah wasn’t bothered about going, so I went with Esta, Fraser and the others. We had a great time.

“I knew Claire would love the place, which is why all of us went back this year. We didn’t have one cross word the entire time.

“Some people find it weird I can even talk to Matt because of his history with Claire, let alone go on holiday with him, but I look at what we have now, not what happened in the past.

“On holiday, we sometimes get funny looks. The boys sometimes call me Dad, as well as Matt, which gets a bit confusing. Once we explain the set-up, most people understand.

Some people find it weird I can even talk to Matt because of his history with Claire, let alone go on holiday with him, but I look at what we have now, not what happened in the past.

“Ninety-five per cent of things run smoothly. The kids are lucky because they have two sets of parents. It’s far better being friends than at loggerheads.”

Matt says: "It was difficult in the beginning when Claire and I broke up. 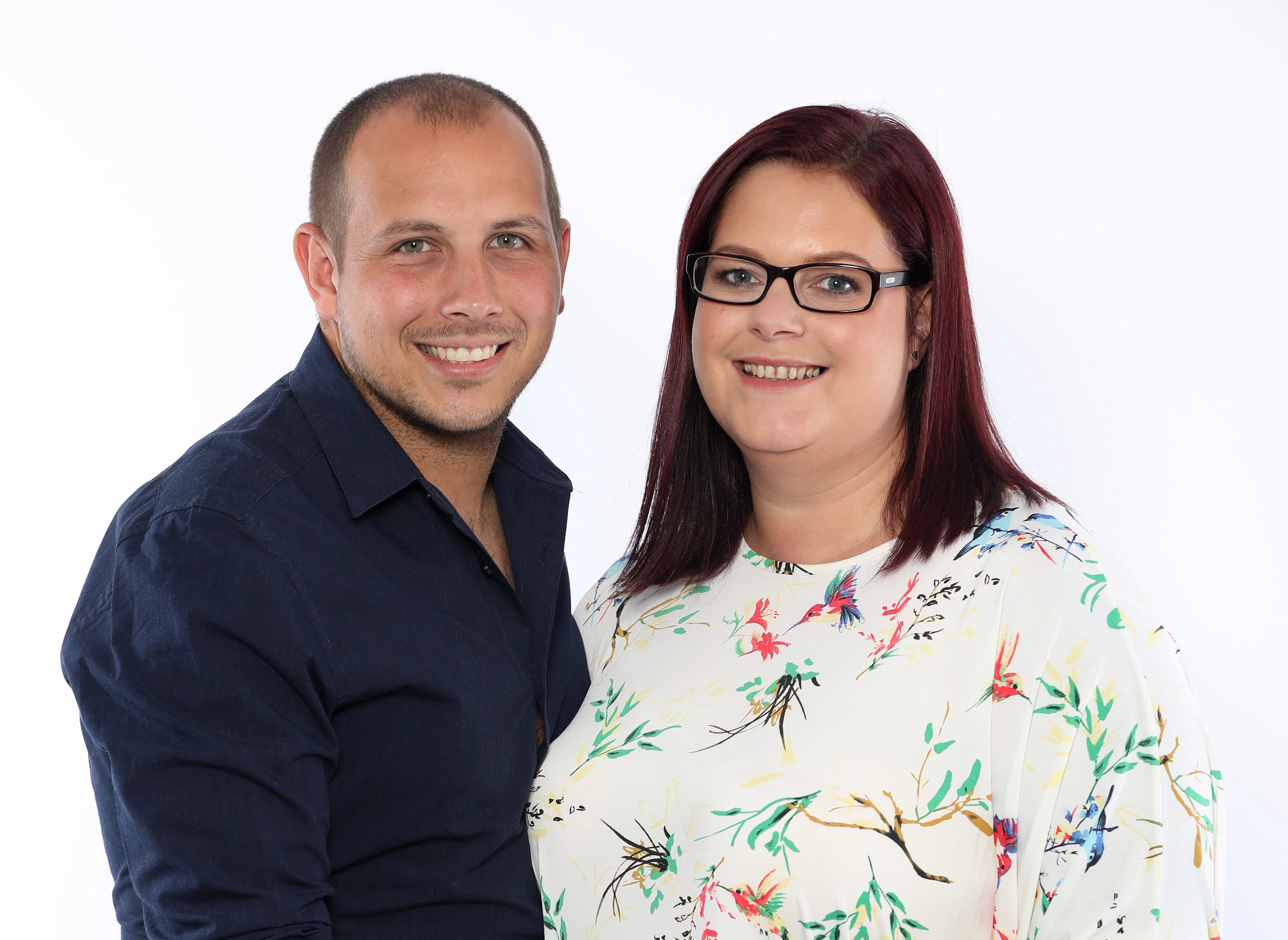 "Although I talked to her to make arrangements to see the kids, it was nothing more than that.

"But when we first broke up, Noah pushed the boundaries, which is why we set up our WhatsApp group.

"If he tried playing me off against Claire or the other way round, we always got to the bottom of it on there.

"I was ten when my parents split and they didn’t speak after they divorced, so I had to make plans to see them both. 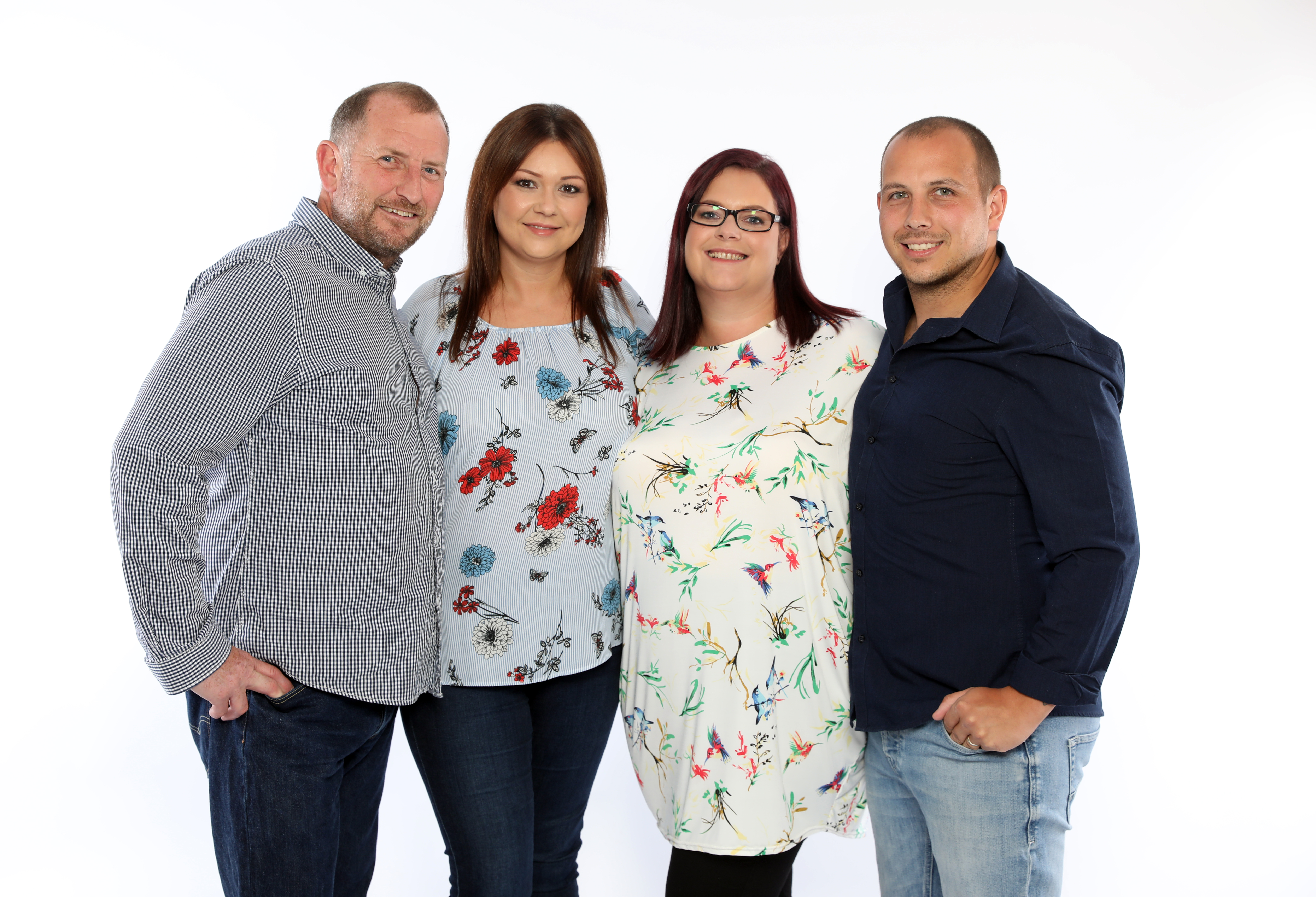 "I didn’t want that for Noah and Fraser. It’s important for them to spend equal time with both of us, especially on holiday.

"Each couple has a caravan on the same site so if it’s Claire’s weekend to have the boys and she takes them and I happen to be there with Peppa and the girls, we all meet up.

"I have the boys every other weekend and after school once a week, but it isn’t rigid.

I was ten when my parents split and they didn’t speak after they divorced, so I had to make plans to see them both. I didn’t want that for Noah and Fraser.

"We try to stick to it so they are in a ­routine. But if they want to come over any other time, they can. If me and Claire didn’t get along, everything would be much more difficult.

"I’m sure Peppa and Claire talk about me behind my back and I’m sure it’s not all good. I get it in the neck from my wife, and also my ex. They gang up on me, so I am never the winner.

"When we started going on holidays and spending Christmas together, mates thought it was a bit weird. Now, they can see the arrangement works well for us." 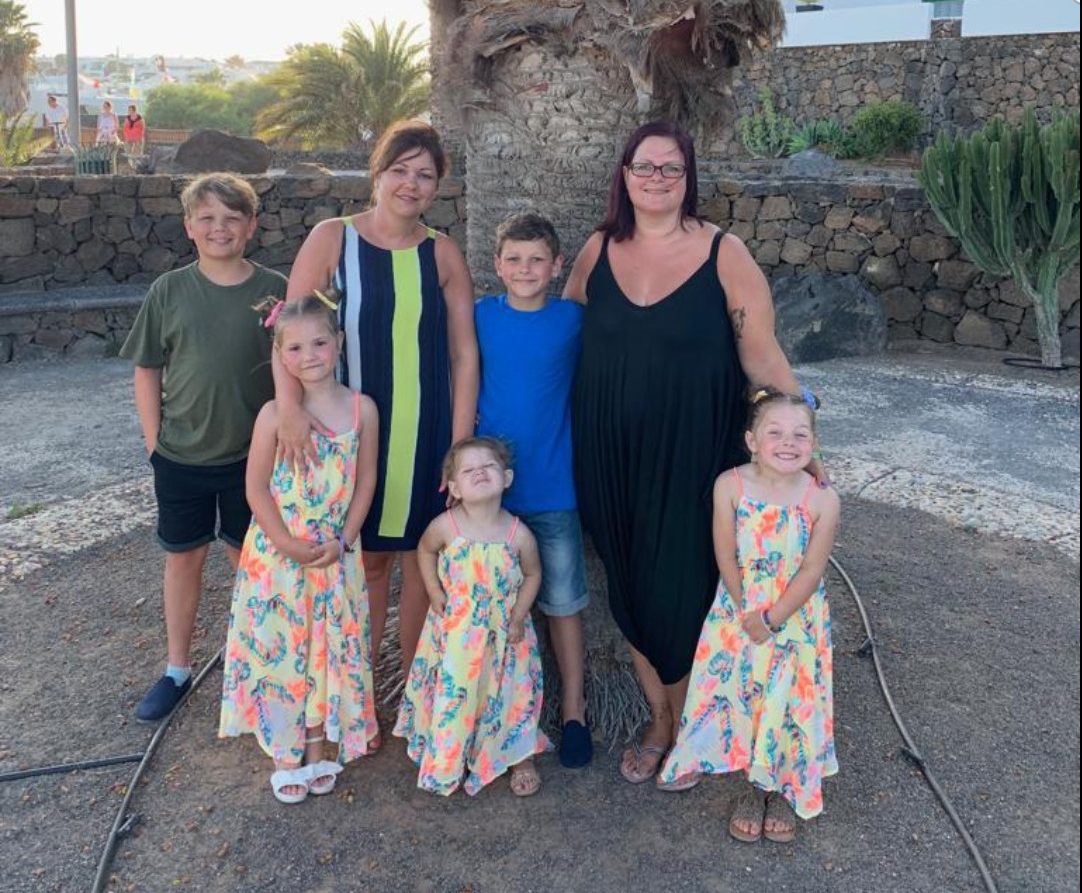 Digital copywriter Peppa, 41, says: “I had been single for around a year when I met Matt. We lived in the same village and I knew he had two children with Claire.

“When Noah and Fraser began to stay with us, I did some of the pick-ups and drop-offs.

“Claire always invited me in for a drink and the friendship progressed from there.

“The four of us arranged get-togethers at each other’s houses and would joke about Matt having two wives.

“Becoming good friends as a foursome made life much easier.

“We all have the same morals when it comes to parenting but me and Andy are the strictest and Claire is the softest. She is Emily’s godmother. 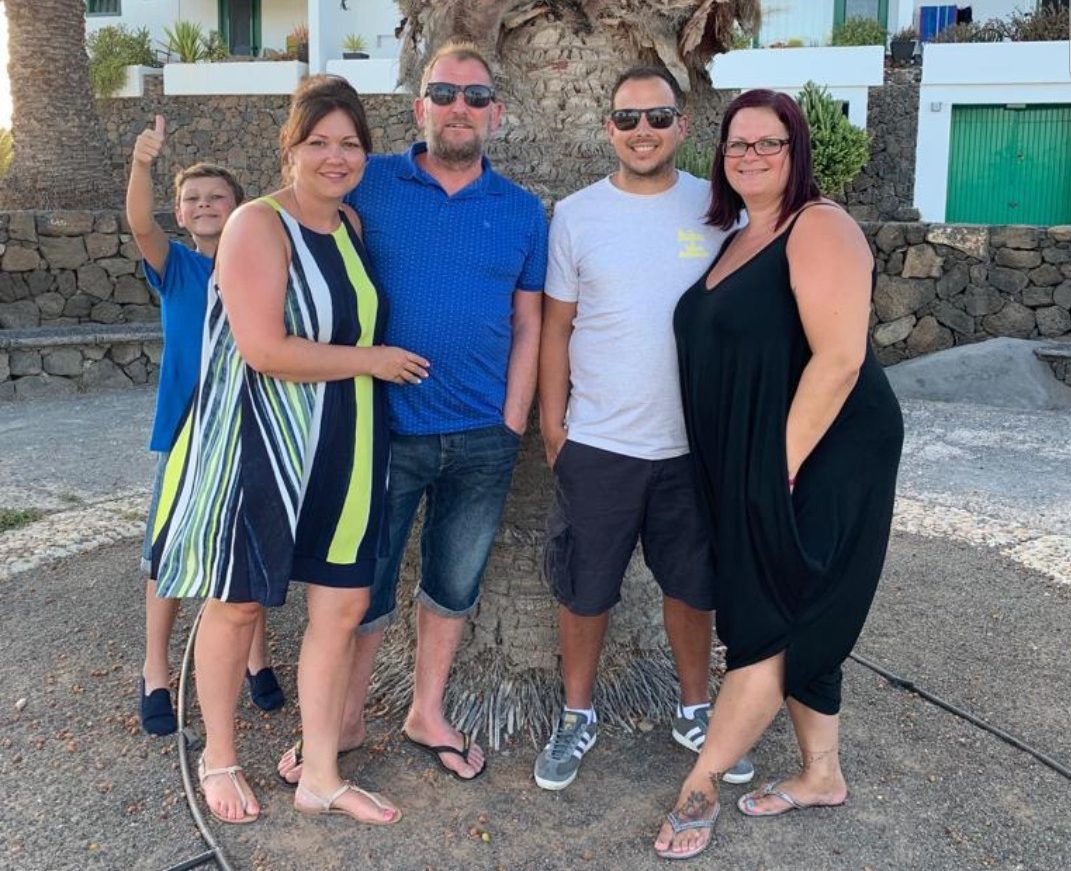 “We’re really lucky to all have such a good relationship.

“Four years ago, we started holidaying together. Sometimes Claire and I take the kids to the caravans on our own while Matt and Andy are working.

“We have been on girly weekends abroad and text or talk most days. Claire usually takes my side if me and Matt have a falling out.

“I was a bit nervous when we went to Lanzarote for 11 nights in May because it’s the longest time we’ve spent together. 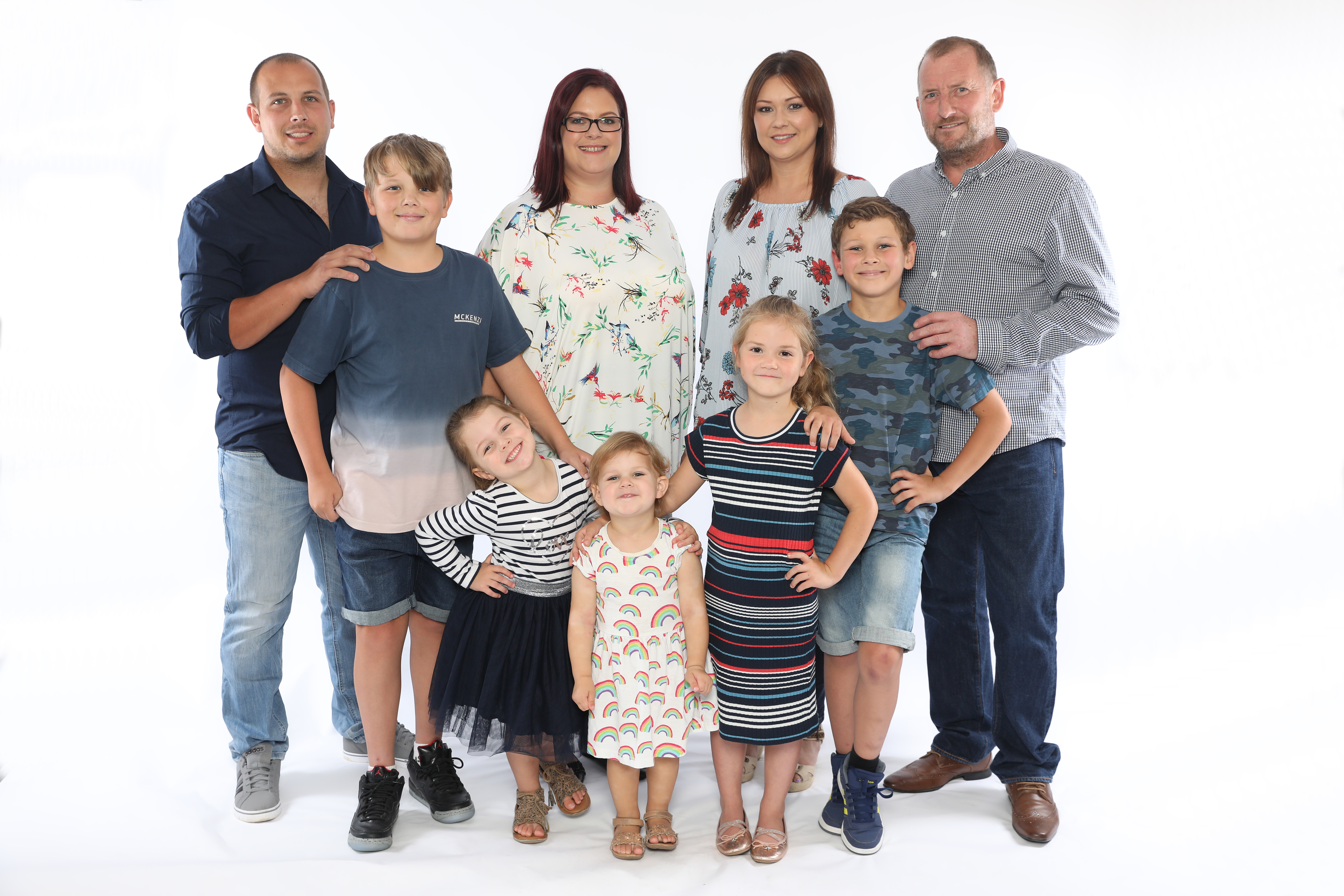 “We had a brilliant time and within a week of coming home, we booked to go again next year. Now we’re looking forward to all nine of us spending a week away in a ­cottage in Filey, North Yorks, at Christmas.

“Not many couples remain friends after a break-up but we put the kids first.

“Good on Gwyneth and Chris for doing the same.”