YESTERDAY KFC issued an apology after it’s latest advert was branded sexist and honestly, I wish they hadn’t.

The advert in question shows a young woman on her way to a festival, checking out her reflection in a car window. 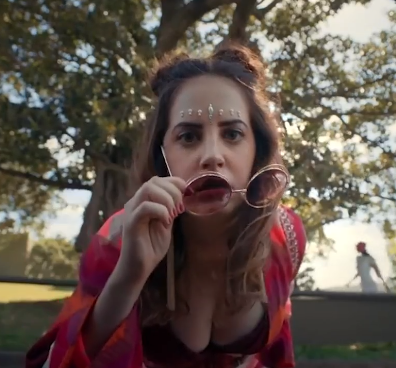 First she looks at her bum and then leans forwards to administer the “make sure the gals are safely in place” bra jig, before the window rolls down to reveal two gawping young boys and behind them, a disapproving mother.

The bra-jigger then quips: “KFC anyone?” and that’s the end of it.

The rights group Collective Shout has branded the advert sexist for its use of “tired and archaic stereotypes” with the spokeswoman Melinda Liszewski saying “ads like this reinforce the false idea that we can’t expect better from boys” and that it was “hampering our ability to challenge sexist ideas which contribute to harmful behaviour towards women and girls.”

KFC later released a statement saying: “We apologise if anyone was offended by our latest commercial. Our intention was not to stereotype women and young boys in a negative light.” 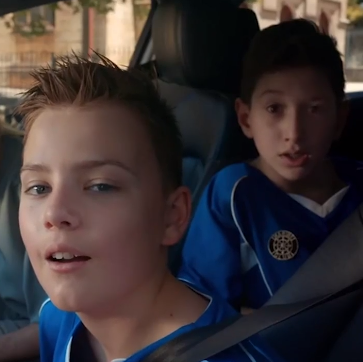 And while I agree with the rights group that we definitely shouldn’t be teaching boys to partake in behaviour that’s harmful towards women, I mostly feel like their efforts would’ve been better placed literally anywhere else.

‘Cos I’ve watched this advert at least a dozen times now and I honestly can’t see the problem with it… aside from the fact that her random hankering for chicken in the face of humiliation doesn’t make much sense.

The boys, bless them, were not just doing (rightly or wrongly) what boys do, they were doing as anyone would if a pair of boobs appeared at the window (as was demonstrated by the mum in the driver’s seat).

KFC'S RESPONSE TO THE AD BACKLASH

KFC said it will stop using the advert.

It said: "We apologise if anyone was offended by our latest commercial.

"Our intention was not to stereotype women and young boys in a negative light."

If the lads had appeared at the woman’s car window to leer at her chest, I concede, we’d have a problem.

But as things stand these boys are living out an accidental pre-teen fantasy thanks to a happy accident and KFC are using this as the crux of their joke.

Sure it’s not it’s not a ground-breaking concept for an advert, but nor is it particularly close to the line either.

Because let’s face it, most boys have been looking for boobs since they popped out the womb and their interest in the female form is entirely natural. 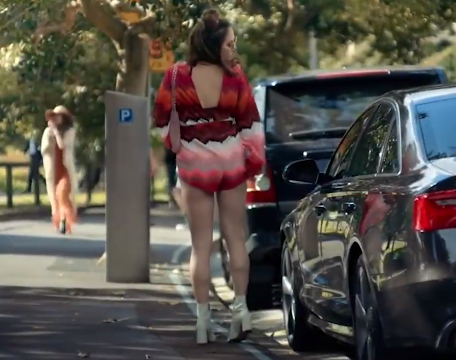 Whist we do have a lot to teach them about how hard they should be looking and what is and is not appropriate when they find them, to insinuate that there’s something rotten about their behaviour in this ad is bonkers.

And the claim that this woman has been stereotyped? I’m not comfortable with that either.

It is simply pointing out how embarrassing it is to be busted checking yourself out in a car window. Which it is. Unfortunately, I know that from experience.

Some adverts really do miss the mark.

The one that appeared on the underground last year from People Per Hour saying “you do the girl boss thing, we’ll do the SEO thing” for example, was rightly banned (I thought it was patronising and stupid and must’ve been dreamt up by a boardroom full of men because otherwise I don’t know how it got approval).

Similarly, the one for plastic surgery that popped up last Summer during a Love Island episode, I was right there with the rest of them calling for it to be taken down (because that show in itself is a plastic surgery advert and young women don’t need any more encouragement).

But then other times, an advert will receive a backlash that I just don’t understand.

Like in 2018 when KFC found themselves in the firing line again, this time for an advert that showed a woman dancing on a roof, that was banned by the UK’s Advertising Standard’s Agency because they said it “could encourage viewers to take risks”.

We seem to be in such a rush to be offended at the moment that it’s skewing our judgement. This advert wasn’t offensive and KFC needn’t have apologised.

And I say that as a vegetarian feminist who wouldn’t go into a fast-food joint if her life depended on it.

We shared how KFC angers vegan customers after they discover fries are cooked with chicken.

And we revealed how KFC was testing a massive 80 piece popcorn chicken bucket for £6.

Meanwhile, we went behind the scenes to reveal what it is really like in a KFC kitchen.